Lessons from China for climate action. 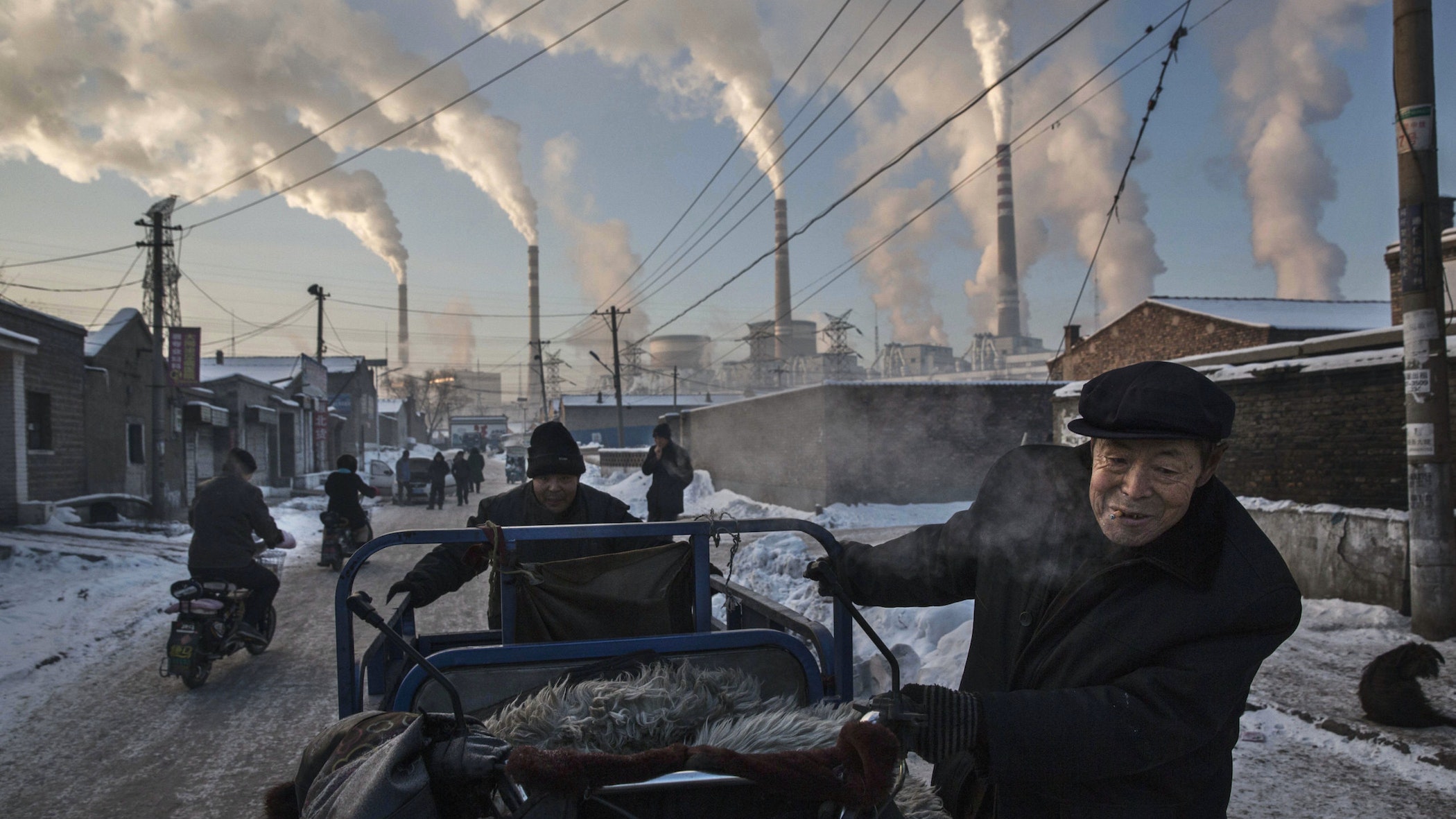 A neighborhood near a coal-fired power plant in Shanxi, China, on Nov. 26, 2015. (Kevin Frayer/Getty Images)
Credits

The ongoing resilience of the Chinese Communist Party when so many other such organizations collapsed after the Cold War still puzzles many in the West. The Chinese scholar Zheng Yongnian calls the Party’s ability to absorb social demands and offer pragmatic responses that have continued to legitimate its rule “inclusive hegemony.” Others have called it “adaptive authoritarianism.” In this way, both stability and the capacity for change have been able to inhabit the same one-party system, cementing its dominance through performance.

What has worked so far, however, will fail in the future if heightened coercion replaces adaptation, and hegemony is only enforced from the top instead of legitimated through consensus and inclusion from below.

The failure to respond quickly to the COVID outbreak in Wuhan — out of fear by the authorities that stability would be disrupted and the Party’s reputation despoiled — unleashed a global pandemic. The ability to halt its spread at home through decisive and highly coercive measures has made China a mostly safe haven as much of the rest of the world reels before successive surges of viral contagion. This failure and success are two sides of the same coin of China’s system of governance.

The COVID experience in China bears close examination by other systems of governance as the global climate crisis worsens. Any effective response to global warming will necessarily depend on the balance between consensus and coercion — or rather, coercive measures sanctioned by consent of the governed.

In Noema, Judith Shapiro and Yifei Li discuss how China attempts to achieve this balance in its environmental policies. The authors point out that in past battles against air pollution and disease — when, for example, China shut down hundreds of factories to clean the air or killed 100 million pigs to stem the swine fever — “coercion without consent may have enabled officials to claim credit for quick successes, but they have grown to become sources of political, social and environmental liability over the long run.”

What comes to mind here as well is the experience of France. When a fuel tax was imposed without consultation by well-meaning technocrats concerned about climate change, the nation exploded in a revolt by the “gilets jaunes” that transformed the political landscape.

These necessary policies would have been more sustainable and generated less resentment over the long run if the authorities had sought in the first place to build consensus on regulatory solutions instead of summarily imposing a crackdown from on high. Li and Shapiro contrast the backlash generated by projects imposed by authoritarian and technocratic decree — such as building large hydroelectric dams — with other highly successful efforts that engaged local citizens in formulating regulations to clean up polluted “black and smelly waters” in their communities or consulting with and seeking mutual agreement among global experts and scientists in setting the regulatory framework for China’s cap and trade system aimed at reducing carbon emissions.

Here too, it is notable that the French state corrected its technocratic hubris which led to revolt by directly consulting the public through a citizens’ convention on how to achieve a 40% reduction of greenhouse gas emissions by 2030 in “a spirit of social justice.”

Li and Shapiro touch as well on the sensitive issue of trade. “Trade makes or breaks the promise of global environmentalism,” they write. Here too, “green trade,” whether that involves rare earth minerals, recycled waste or Belt and Road commerce is most successful “when the coercive flavor of state power is moderated by consensus-building” among the stakeholders.

As the authors see it, the liberal West and statist China will likely adapt each other’s ways to some extent as effective global climate action becomes ever more urgent.

“If coercion is among the most frowned-upon ideas in liberal democracies, consent is surely among the most sought-after,” the authors observe. “In a 1968 article in Science magazine that popularized the idea of ‘the tragedy of the commons,’ Garrett Hardin proposed the need for ‘mutually agreed-upon coercion.’ Over the half-century since then, much has been said and done about the first half of the proposal — building consensus. The idea of environmental coercion, however, remains taboo in the West.”

They conclude: “The future of global environmentalism hinges on a constructive partnership between China and the world, which in turn depends on an honest evaluation of both the promise and the risk of China’s coercive state power. … Recognizing the utility of coercion with consent, while heeding the danger of that without, could mark the beginning of a promising future.”