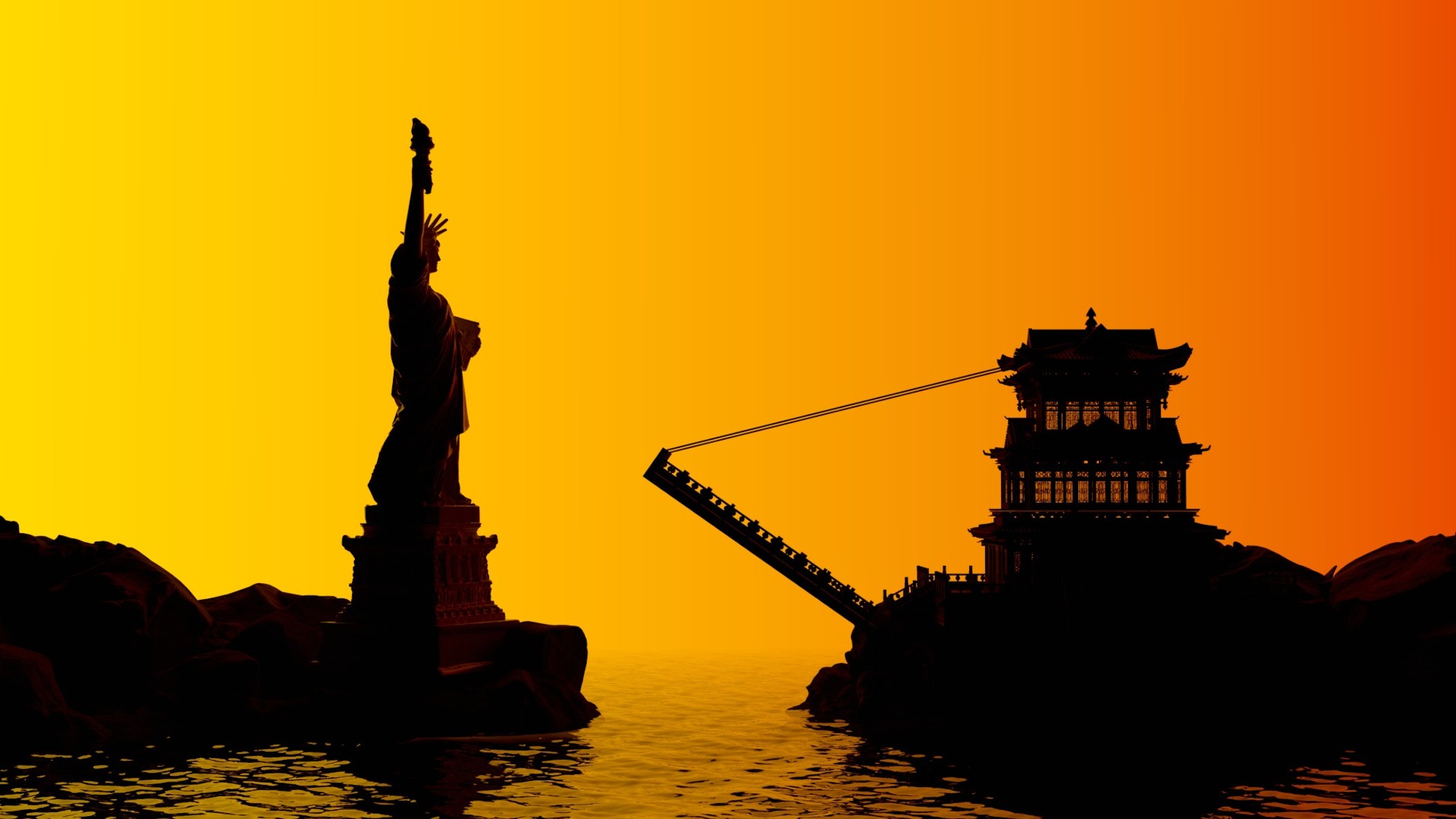 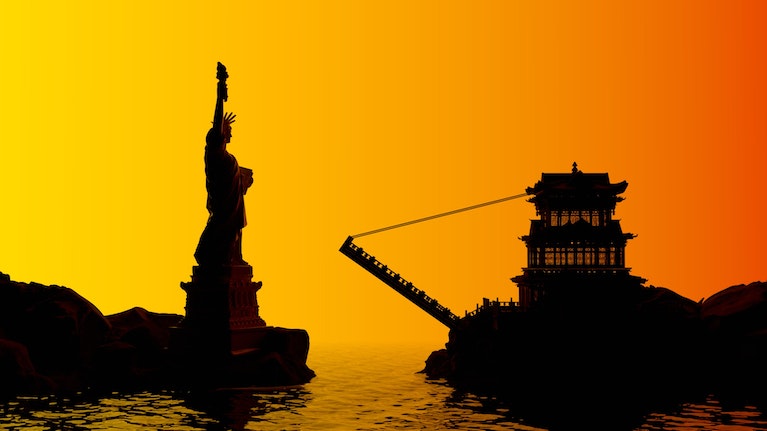 Looking far ahead as they always do, China’s leadership is changing course, first step-by-step and ultimately wholesale, on the path to what President Xi Jinping calls “China’s rejuvenation” as a world-class civilization.

In Dec. 2018, as U.S. President Donald Trump’s trade war shifted into high gear, one of China’s top diplomats, Fu Ying, openly expressed the country’s quandary. She told me then in Beijing that “China’s reform and opening up under Deng Xiaoping coincided with the normalization of diplomatic relations with the U.S. That relationship is indispensable to China’s development.” The strategy of “reform and opening up” meant a shift toward a market economy at home, trade with the West to secure markets for its exports as the low-wage factory of the world and foreign investment to obtain technology.

By the end of 2020, it is clear that, as indispensable as the U.S. relationship might have been for China in recent decades, it is over now — and China’s leaders know they must chart another way forward. At least on the economic and technological fronts, President-elect Joe Biden will hew to Trump’s basic posture and go one better by mobilizing America’s democratic allies to stand up to China together, possibly in a formal league of democracies linked to an Indo-Pacific military alliance.

Wang Qishan, another top official who is a vice president under Xi, acknowledges that the Chinese leadership was unprepared for this shock, even if they had envisioned its eventuality in the belief that the U.S. would one day see China’s rise as a strategic threat and seek to thwart it. “This rupture came 10 years earlier than we expected,” he told an acquaintance, not least because China still relies almost entirely on imported semiconductor chips and other key high-tech components from the West to advance.

In Noema this week, James Crabtree assesses Beijing’s changed course, which, in the tortured Marxist-inflected lingo of Party-speak, Xi calls “dual circulation.” Essentially, this means national “self-reliance” by accelerating the shift from an export development model to one dependent on domestic consumption and driven by homegrown technological innovation and production from microchips to artificial intelligence to quantum supercomputing. At the same time, its trading and investment relations will shift away from the West toward its East Asian neighbors, the Eurasian nations and Africa.

As Crabtree writes from Singapore, “The result will accelerate China’s decoupling from the West, while also increasing the importance of trading links forged with other parts of the world — for instance, via Xi’s signature Belt and Road Initiative. Put more bluntly, while the world was distracted by the drama of the U.S. presidential election, Xi quietly unveiled an economic strategy fit for a new Cold War. Both for China and for globalization itself, the results are likely to be profound.” China’s intention, he goes on, “is the gradual creation of a new economic ‘sinosphere,’ in which global networks of trade and innovation that once focused on the industrialized West flow back and forth to China instead.”

Crabtree notes that a big downside for China is that the high growth rates, which provide performance legitimacy for the Communist Party, will inevitably fall. “Yet,” he also observes “dual circulation comes with equally forceful dilemmas for the West too. If the U.S. does aspire to keep a global, open, rules-based system in the future, it must weigh carefully the risks that come from pushing China to step more decisively away from that model. This leaves awkward questions for President-elect Biden. At one level, China’s drive for domestic innovation might actually succeed, leaving Western nations unable to access potentially valuable Chinese technologies in the future. At another, a Chinese leadership with less of a stake in the global technology ecosystem may become a more disruptive global actor in other areas — with Taiwan the most obvious and alarming potential example.”

Gordon Brown also sees the danger of a geopolitics defined by “one world, two systems,” each with its own set of international institutions. In Noema this week, the former British prime minister calls instead for a common approach of “planetary realism” where interests converge, from climate action and containing pandemics to global financial stability. He also appeals for “responsible cooperation” in sustaining one global rules-based system.

To that end, he envisions “wholesale reform” of the extant multilateral institutions — the United Nations by expanding the Security Council to include new permanent members — as well as the IMF and the World Bank. The IMF in particular, he argues, needs to reflect the growing weight of the emerging economies if they are to be more invested in the system as stakeholders and less prone to pursue alternatives and join blocs. “Europe, the U.S. and Japan,” Brown notes, “comprise, today, about 15% of the world’s population, but they control around 55% of IMF votes. On the other hand, the BRICS countries, with over 40% of the world’s population, have just 18% of the voting power in the IMF. China alone has almost 20% of the world’s population but just 6% of the votes.”

The prospect of a world splintering into systemic rivalry may make the G20 more relevant than ever, Brown observes. It is the one institution that came into being during the era of post-Cold War globalization with the mandate to coordinate governance across different political and economic systems. Since it encompasses the major players of both the advanced and developing nations, it could become the key platform for bridging divides to address “global problems that need global responses with globally coordinated solutions,” as it successfully did during the 2008-9 financial crisis under Brown’s leadership.

The G20 might even be seen as a kind of midwife to other new platforms of the future fully grounded in convergent planetary concerns that transcend the boundaries and capacities of sovereign nations.

Whether or how much any of this becomes possible depends on the tone and posture China and the U.S. adopt toward each other in the coming months and years. Since China has made its future course clear, the ball is now in America’s court.

As Crabtree writes: “Dual circulation ultimately suggests that Trump’s tenure has been more influential than his critics would like to admit. He lost America’s recent election, but his erratic and aggressive policies have succeeded in convincing Chinese elites that the U.S. is now irrevocably set on blocking China’s technological rise. Biden must weigh carefully whether that is indeed his intention too. Much depends on his answer.” 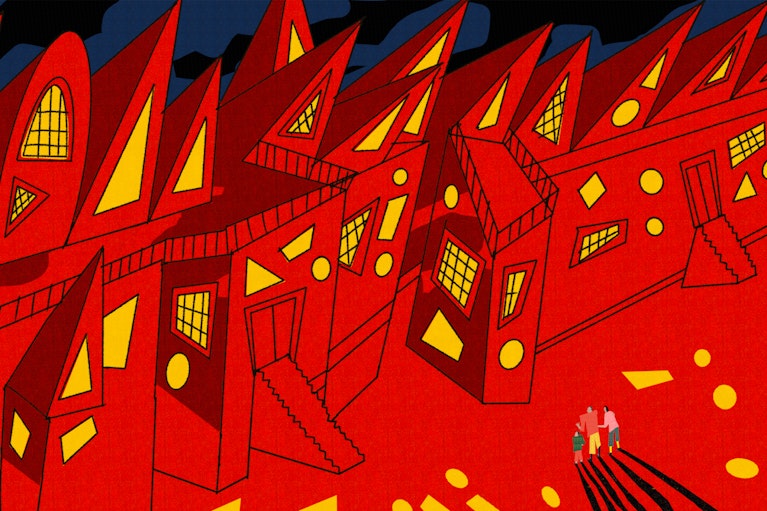 Essay Future of Democracy
Citizenship Is A Myth
Aneesh Aneesh