Ebrahim Yazdi was foreign minister in the first government that was formed after Iran’s 1979 revolution, headed by Mehdi Bazargan. Bazargan and his cabinet resigned in the wake of the crisis when militants took American embassy employees hostage in that same year. Both Bazargan and Yazdi belonged to the Freedom Movement of Iran, one of the oldest political groups in Iran. Founded in 1961, it has always advocated for democracy, the rule of law and peaceful and friendly relations between Iran and the rest of the world, particularly in the Middle East.

While several members of the FMI were elected in the first post-revolution parliamentary elections in Iran, they were effectively barred from running in the subsequent elections.

The following open letter was written by Dr. Yazdi on behalf of the FMI, its members and its supporters, urging the United States Congress to approve the nuclear agreement between Iran and P5+1. 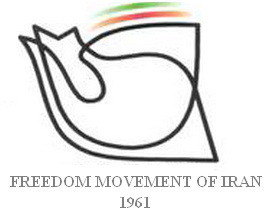 An Open Letter from Iran to the United States Congress on the Nuclear AgreementFrom the Freedom Movement of IranTehran, August 10, 2015

Honorable Senators and Representatives of the American People,

As you know, the eyes of the world rest on your deliberations pertaining to the nuclear agreement between Iran and six other nations, including the United States. While the words and actions of powerful leaders in Iran have been the main focus of the discussion so far, I appeal to you to also take note of the views of those of us inside Iran who have struggled for decades against their excesses — and paid a heavy personal price for doing so.

It is clear to us that there is a well-funded and powerful campaign to discredit the path of negotiations and to block America’s participation in this international agreement. In Iran, we are following that campaign with great concern. To many Iranians, the rhetoric of this campaign sounds very much like the drumbeat of a new war. The terrible consequences of Americans giving in to such rhetoric in the past, leading to bloody and costly military invasion and occupation, have left deep scars on the collective consciousness of peace loving people around the world, including Iran. The world and America are still paying the terrible price for that mistake.

We are concerned that the discussion so far has also not reflected on the negative impact that continued sanctions will have on the vast majority of Iranians. Your economic blockade of our nation has already caused great hardship, indiscriminately on all of us, opponents and supporters of the rulers alike. In fact, the later are the least effected.

It is true that this nuclear agreement does not address issues of freedom, democracy, and human rights in Iran, for which we and many others strive, inside Iran, at great risk, on a daily basis. But you must know that economic deprivation and the pall of war have never advanced those causes. They only make that struggle so much harder. On behalf of many like-minded Iranians who see this agreement as not ideal but a positive step towards peace, I urgently appeal to you to support the agreement.