Along with other members of the Berggruen Institute’s 21st Century Council, I met with President Xi Jinping in Beijing last November on the eve of the Third Plenum of the Central Committee of the Chinese Communist Party.

At that meeting, President Xi outlined the three features of “a new kind of great power relationship”:

He greatly impressed our geopolitically diverse group of statesmen, global intellectuals and high-tech entrepreneurs by assuring us that China would avoid “the Thucydides trap” — the kind of rivalry between rising and established powers that led Athens and Sparta to war in ancient times. These were surely words of wisdom and maturity that were heartily appreciated by our group.

China’s soft power for the last 30 years has rested on two foundations:

• An admirable system of governance that can forge consensus and unity of purpose to see through the long-term implementation of policies on behalf of the Chinese people. This system has enabled hundreds of millions to escape from poverty. Sprawling megacities are rising across China and being linked together by the world’s most extensive network of high-speed trains. Schools in Shanghai test the best globally. And China has now recognized it must put its considerable governing capacity and competence behind cleaning up corruption and the environment.

To put the Middle Kingdom’s soft power in context, while China is building bullet trains to connect 80 percent of its cities, half of all Indians still lack toilets.

As I have written in my book with Nicolas Berggruen, “Intelligent Governance for the 21st Century: A Middle Way Between West and East,” the Western democracies have much to learn from China’s “institutional civilization” and governance model rooted in meritocratic competition from ancient times.

In recent months, however, China’s surprise, unilateral declaration of an Air Defense Zone, the oil rig anchored in contested waters off of Vietnam, the dispute with the Philippines, the island dispute with Japan and cyberspying for commercial secrets have raised doubts that China’s words are matching its deeds. Along with these moves, the ever-deepening embrace of Vladimir Putin’s Russia as an ally to counter U.S. presence in the region in the wake of the Crimean annexation suggests a zero-sum and confrontational approach, not the opposite.

None of this is to say that China is singularly at fault or that some of its claims are not legitimate and that others, especially Japan, are not culpable in raising tensions. Everyone now also knows that American NSA cyberspying is globally pervasive.

But it is to say that much of the rest of the world perceives a new confrontational tone in Beijing.

China must be careful not to fall into another more modern trap: letting its hard power undermine the soft power capital it has built up over decades. This is what happened to the U.S. — the pre-emptive attack on Iraq, the Guantanamo prison and the sanctioning of torture undermined America’s universal claims. In short, America’s hard power undermined its soft power. As a result, American might, both hard and soft, was diminished, not strengthened, by its Iraq adventure — and that is still coming back to haunt it.

As an ancient civilization with a 5,000 year continuous history, as President Xi reminded us in our talk, China should be the adult on the global stage. To bolster its soft power might, it should take an initiating, leadership role in fighting climate change — something that is of vital interest to all of humankind. And it coincides with China’s own urgent need to control pollution ruining its environment.

When outlining his new concept of “building on a convergence of interests to create a community of interests,” Zheng Bijian rightly focuses on joint action on climate change as a key focus.

American democracy, in particular, is too divided and afflicted by gridlock to offer global leadership on this front. Precisely because of its effective system of governance, China can do what other nations can’t.

This would show China’s win-win face to the world. Absent this kind of initiative, China risks being identified only with greater assertiveness against its neighbors in East Asia. Acting for the interests of others in a way that coincides with its own would remove mounting doubts that China means what it says about a new kind of great power relationship.

There are many opportunities to work with the United States on climate change even if Washington is paralyzed. As President Obama acknowledged in his own carbon reduction plan announced recently, the U.S. is a federal system with very large states that can determine their own environmental policies. China has provinces that are as large as several European countries.

For example, California and China have already initiated cooperation agreements on pollution reduction in its cities and on climate change, including pilot projects on trading carbon permits with California, the world’s largest market for such permits.

In November, California Governor Jerry Brown is planning to host a meeting at Sunnylands — where Presidents Obama and Xi met — to bring together governors from China and the U.S .to develop a common agenda on climate change and pollution reduction at the sub-national level.

It would be a great boost to China’s soft power and “win-win” approach if it championed such efforts instead of only let others take the lead.

THE PARADOX OF SOFT POWER WITHIN CHINA

I would like to briefly make one other salient observation about China and soft power.

Long before Harvard’s Joe Nye came up with the idea of “soft power,” the Italian Communist Party leader of the early 20th century, Antonio Gramsci, made the distinction between two different kinds of dominant power, or as he put it, hegemony.

For Gramsci, hegemony of the state was based on force, or hard power; the state must establish a monopoly over the means of violence in a society in order to impose and maintain order.

But hegemony in civil society must be based on consent. For Gramsci, the allegiance to a worldview by the public at large must be earned and cannot be enforced. The public must buy into a governing narrative voluntarily or that narrative, by definition, lacks legitimacy.

Please note that neither Gramsci nor I are talking about formal mechanisms of consent, such as elections, but a deeper consent of the rulers and the ruled sharing a common worldview.

In practice, this means the governing power maintains consent through delivering the goods, that is, performance — not just economic, but in terms of overall quality of life. How to organize feedback mechanisms to register consent is a broader issue; one size, for example multi-party elections, does not fit all circumstances and is not always the best form of governance.

In China the state party has merged these two forms of hegemony, opening the way to blurring force and consent in maintaining power.

From this point of view, the current crackdown on the Internet and bloggers can backfire by undermining, not enhancing, the legitimacy of the governing narrative.

In today’s connected world, everyone knows what is going on and shares it with others. To try to censor what everyone already knows by using the force of the state is to that extent undermining voluntary consent in civil society, and thus the legitimacy of the ruling narrative.

I understand that the Chinese Community Party leaders fear the fate of the Soviet Communist Party and do not want to repeat what they see as the mistakes of Gorbachev’s “glasnost,” or transparency policy.

But this seems to me a misreading of history. The problem in the Soviet Union was not glasnost itself. It was the fact that when you took away the big lies and false fronts through glasnost, there was nothing there. The emperor had no clothes.

China could not be more different. In China, the emperor DOES have clothes. The Party has performed over the last 30 years for the people. And if it continues to do so in an effective way, consent to its rule will continue to be earned.

The paradox is that by trying to avoid the fate of the Soviet party through censorship and a crackdown on the Internet, the Party may well be inviting that very fate, undermining its own legitimacy which must, as Gramsci knew, be based ultimately on consent within civil society.

I was in Moscow often during the years leading up to the collapse of the Soviet Union. I know Gorbachev well and knew Aleksandr Yakovlev — the ideology chief who came up with the glasnost policy — even better. It is manifestly clear from my experience that it was the misguided effort to spin reality, not glasnost, that was the death knell for the Soviet party.

In today’s world, legitimacy must come from performance. It is a false belief that consent of the governed can be maintained in our hyper-connected societies by censoring what civil society is supposed to know or not know. The information revolution has consigned that role of the state to the dustbin of history along with the old Soviet party. 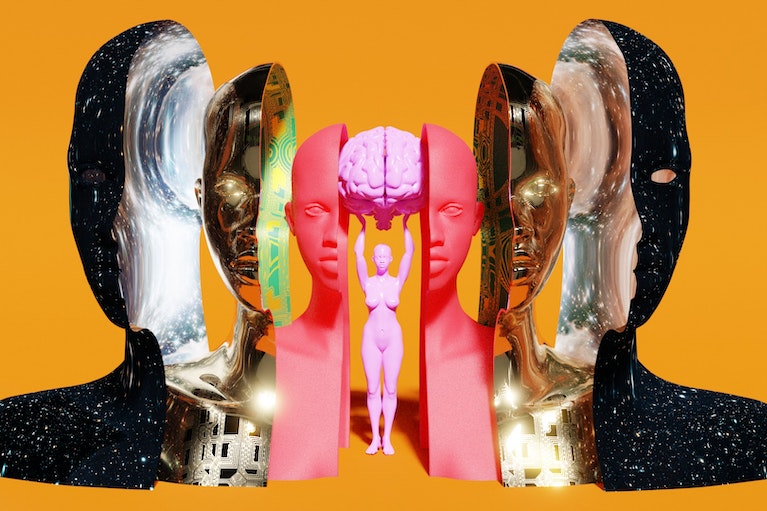