BEIJING — Turkey Day and Santa Claus might spur Americans to shop till they drop, but China’s hundreds of millions of online shoppers have their own reason to blow vast sums of hard-earned cash online.

Weeks before Americans splurge on Black Friday and Cyber Monday, China is in the midst of what has become the biggest online shopping bonanza on the planet: Singles Day. The recently invented holiday falls on Nov. 11 (11/11 — get it?), and it originally gave the country’s youth a chance to revel in socially stigmatized singledom.

But in recent years the Chinese e-commerce behemoth Alibaba has used steep discounts on its retail websites to turn the day into a shopping event that dwarfs its American and international counterparts.

Here are some things you might not know about China’s Singles Day online shopping spree:

Celebrations of Singles Day have been around since the 1990s, but it wasn’t until Alibaba decided to offer steep Singles Day discounts in 2009 that the e-commerce bonanza was birthed, and in just five years the event has become the largest online shopping spree in the world. Alibaba told Tech in Asia that they weren’t trying to exploit youth hoping to shop off their singledom sorrows — it just happens to be a catchy date that falls during a shopping lull between major Chinese holidays. 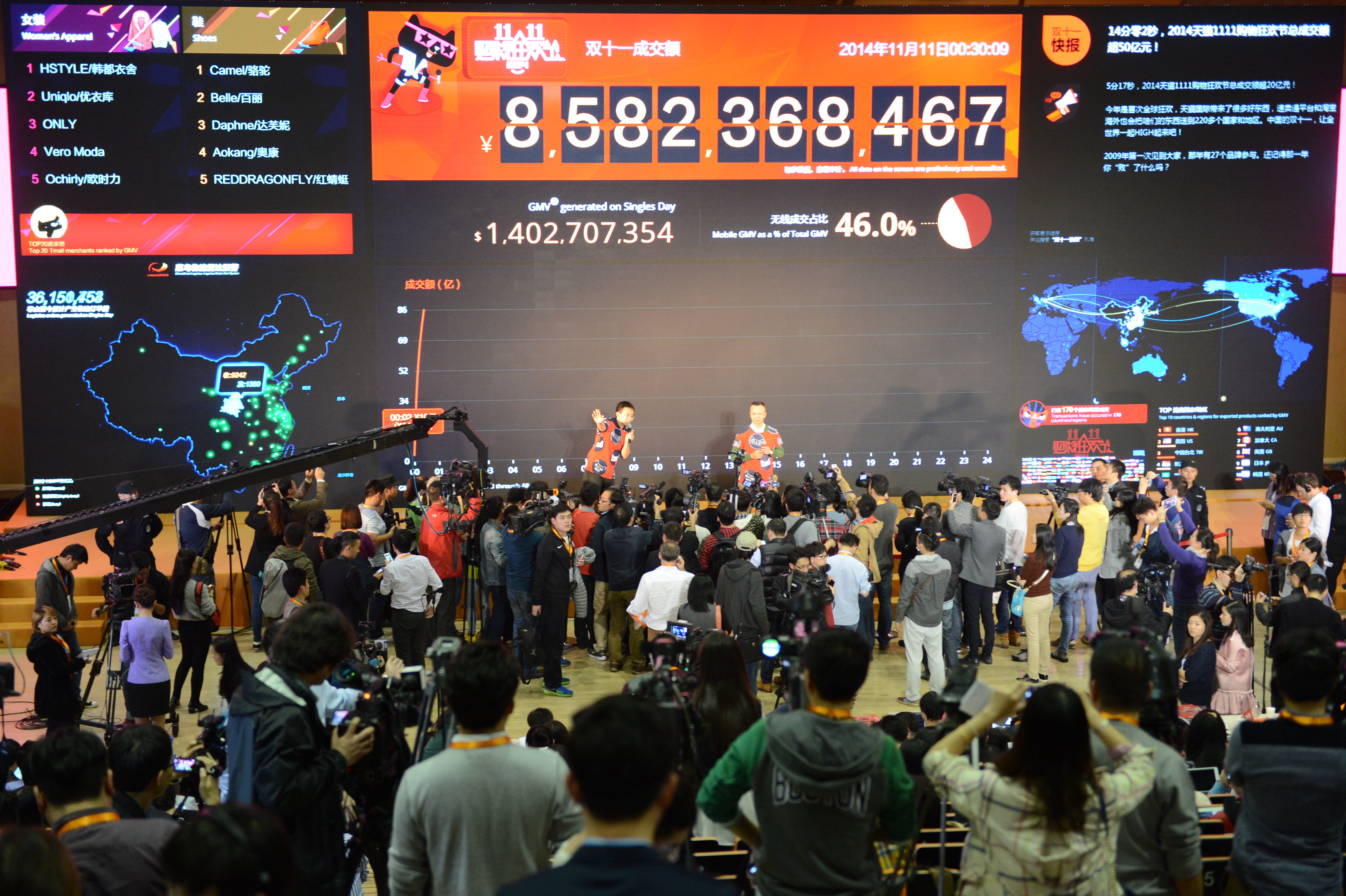 An Alibaba retailer tracks the millions in transactions on Singles Day. (Photo by ChinaFotoPress/ChinaFotoPress via Getty Images.)

2. People are spending way more money than you can possibly imagine.

Alibaba reported that customers on its retail sites spent $2 billion in the first hour of Singles Day this year, almost equal to total online shopping by Americans on Cyber Monday. By midnight on Tuesday, Alibaba had reportedly raked in $9.3 billion in sales, four times the amount spent online during Cyber Monday in the U.S. and around three-quarters of all retail sales made at brick-and-mortar stores on Thanksgiving and Black Friday combined.

3. PR people at Alibaba sites like to measure the holiday in underwear.

The PR team from Tmall.com, Alibaba’s main business-to-consumer retail site, has a strange tendency of bragging about the sheer mass of underwear sold during Singles Day. Last year the team reported that during the first hour of sales, the 2 million pieces of underwear sold would span 1,864 miles if laid end to end, and the 1.6 million bras sold would stack up to three times the height of Mount Everest. 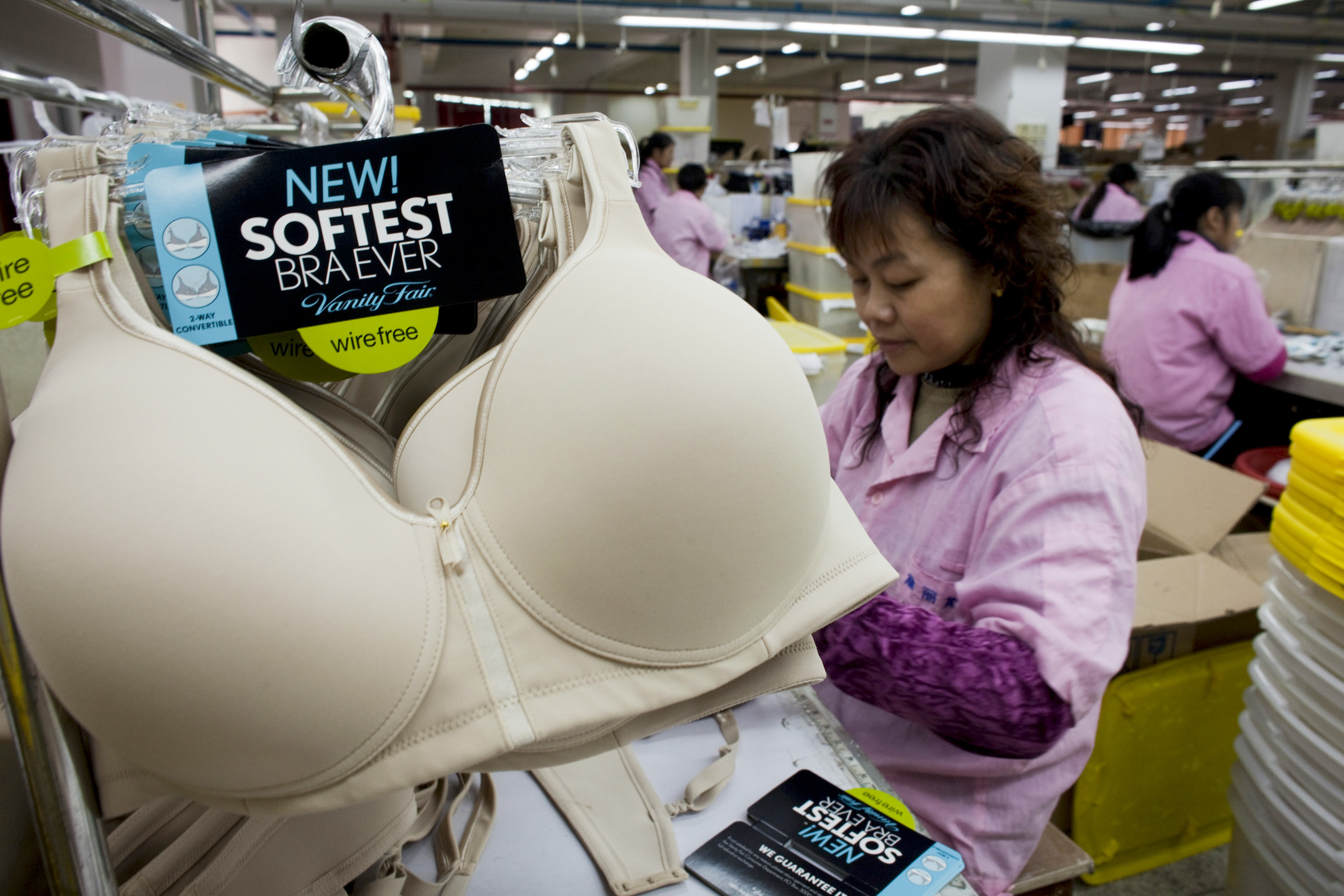 4. China’s brands are emerging as the biggest winners this year.

Midway through the day, Alibaba reported that four of the top five brands as measured by gross merchandise volume were Chinese. At the top of the list was Xiaomi, the red-hot Chinese smartphone brand headed by ex-Googler Hugo Barra. Barra reported via his Twitter account that by the middle of the day, Xiaomi had sold 720,000 phones and topped $163 million in sales. The one non-Chinese brand in Alibaba’s top five was Japanese clothing retailer Uniqlo.

5. Alibaba and retailers throw around huge amounts of money gearing up for the event

Last year Alibaba tripled spending on sales and marketing between the third quarter and the fourth quarter (when Singles Day falls). That money goes to web promotions, free mobile data for its customers and funky promotional videos like the one below. Retailers also take on enormous marketing, inventory and overtime costs to participate, all while competing with super-low prices on all goods. It’s an arms race that has many retailers worn out, but the hype and allure of drawing in new customers keeps bringing in more retailers.

6. Sites like Amazon are trying to get a bite of the action

Alibaba conjured the shopping holiday out of thin air, but other online retailers have been trying to get a piece of the action for years. Amazon has been trying to claw its way into Chinese markets for a long time, and this year it’s using its international shopping platforms as an enticement for Singles Day shoppers: Chinese shoppers normally relegated to the more limited selection on Amazon.cn will be able to make purchases off of China’s U.S. and international sites, with orders delivered as fast as three days.

This story has been updated with the final sales figures for Singles Day.