MOUNT GERIZIM, West Bank — The chants and prayers of hundreds of men echoed Saturday night from the top of a West Bank hill nestled next to a Jewish settlement and above the Palestinian city of Nablus.

Those praying were neither Jewish nor Muslim, but instead, Samaritan — members of a tiny, ancient religious community who say they descended from the original Israelites who split from Judaism over 2,000 years ago. The Samaritans are mentioned in the Christian scriptures, which depict Jesus meeting a Samaritan woman at a well and include a parable commonly referred to as “the good Samaritan.” Numbering just 700 to 800 people now, the tight-knit community celebrated its holy Passover after sunset on Saturday, just as their ancestors did: by slaughtering dozens of sheep that were then roasted under the earth for a midnight feast.

While Samaritans and Jews are similar in some ways, Samaritans have their own Torah in ancient Hebrew, a separate religious calendar and some key differing beliefs. Mount Gerizim, not Jerusalem, is their sacred place. The community says it has the oldest Torah in the world, closely guarded in a safe place due to fear of robbers who have stolen other Samaritan religious texts.

Before the ceremony, men donned long traditional robes and cylindrical red hats. In contrast, many of the women wore bright skirts and dresses with stilettos. As the sun set, men changed into white suits — which were later splattered with crimson blood from the ritual sheep slaughter — and women put on robes.

The Samaritan Passover symbolizes the Israelite exodus from Egypt as told in the Old Testament. At sunset, the men of the community slaughter dozens of sheep, as the women and children mostly look on. The Samaritans then streak sheep blood on their foreheads to honor the Israelites who marked their homes in Egypt with blood to spare their firstborns from the “Angel of Death.”

The community has clung to the practice in an attempt to keep their traditions and bloodline alive.

The tiny religious sect has desperately struggled with serious disabilities — including blindness, deafness and trouble walking — due to inbreeding. During the fifth century, the population is said to have numbered over a million. But forced conversions and oppression cut the number down to just over 100 in the early to mid-1900s.

Now, to help open up the gene pool, Samaritans use genetic testing and online marriage agencies to help coordinate weddings with brides from places like Ukraine.

For many Samaritans, who just several decades ago were feared to die out, the Passover ceremony is an emotional one of tears and embraces.

Many Samaritans still live on Mount Gerizim, while the rest live in Holon, just south of Tel Aviv. Samaritans hold both Israeli and Palestinian ID cards — a rare find in the region where most Israelis cannot enter Israeli-occupied Palestinian territory and most Palestinians cannot enter Jerusalem or territory now claimed by Israel. Most community members speak both Hebrew and Arabic fluently.

Saturday night was marked by a spirit of tradition, but also co-existence. Muslims, Christians and Jews who had been invited to attend the ceremony looked on with curiosity.

“We are the bridge of peace,” said Asem Cohen, a Samaritan, as he sat watching the fires burn. Then he smiled and quoted John Lennon: “Imagine all the people, living life in peace.” 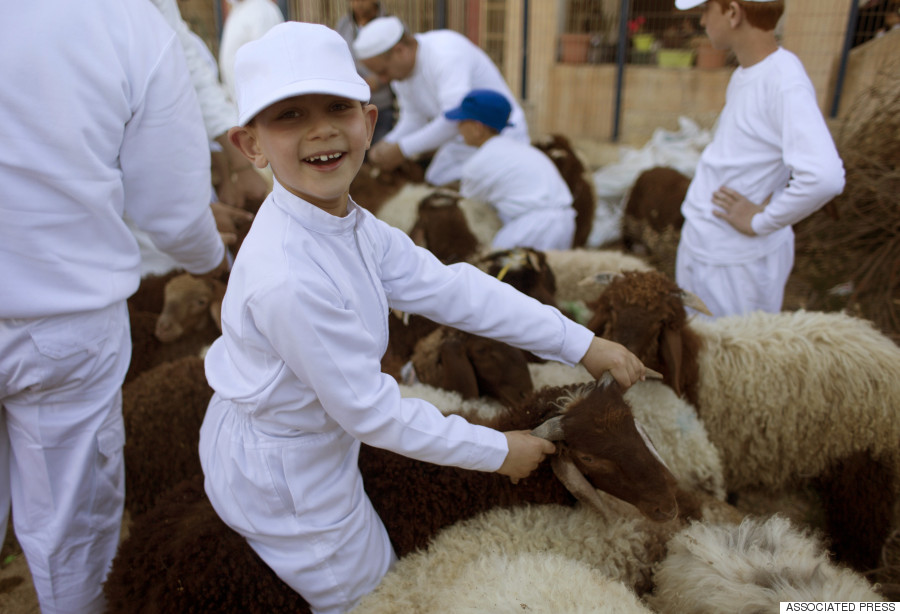 A young member of the ancient Samaritan community holds ears of a sheep as he participates in the ritual of Passover Sacrifice on Mount Gerizim, overlooking the West Bank town of Nablus on May 2. 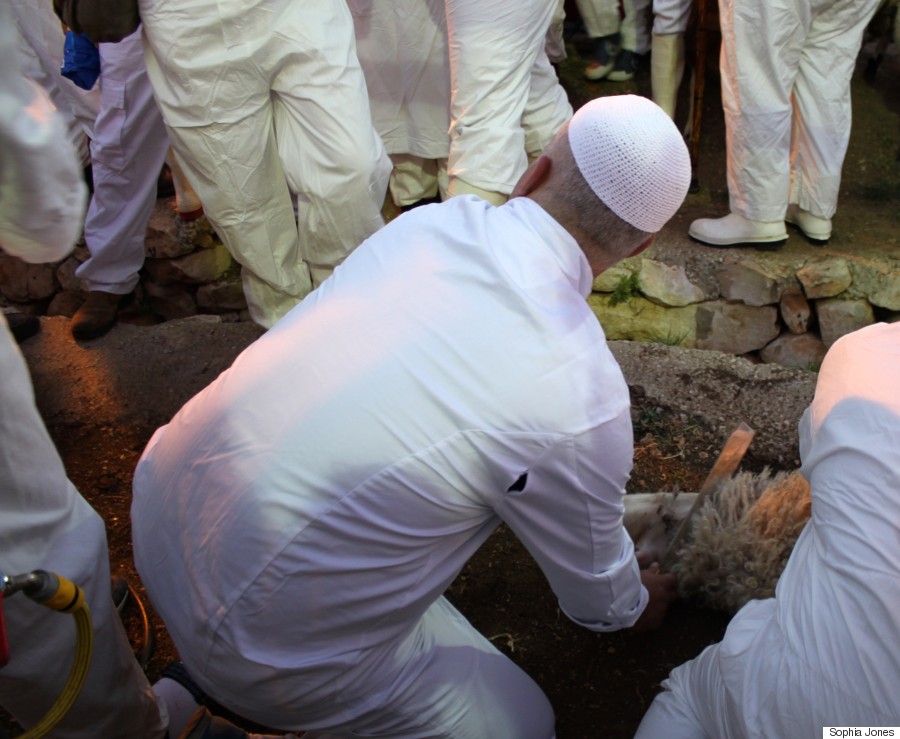 A Samaritan man hold down a sheep during a ritual Passover slaughter. 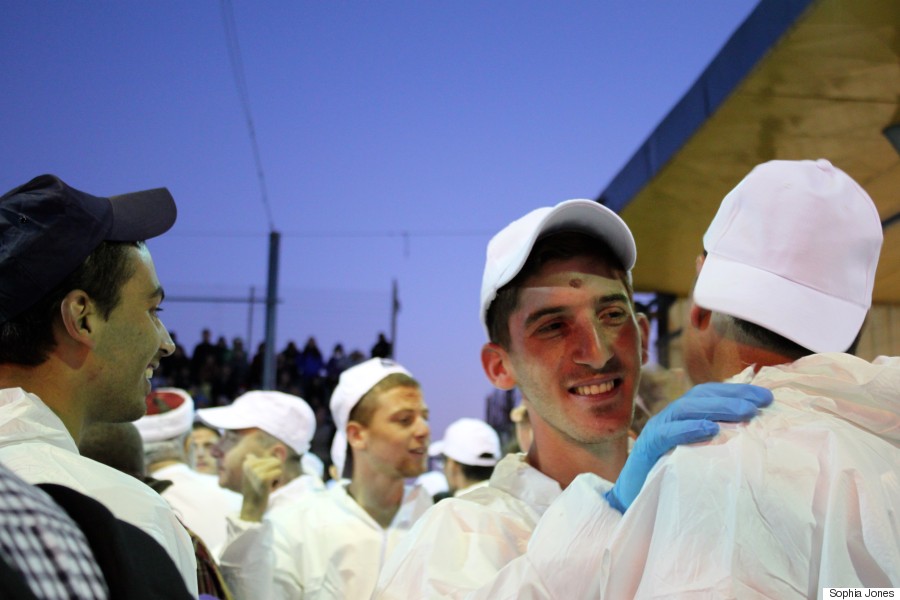 Samaritan men embrace after the ritual Passover slaughter of sheep. 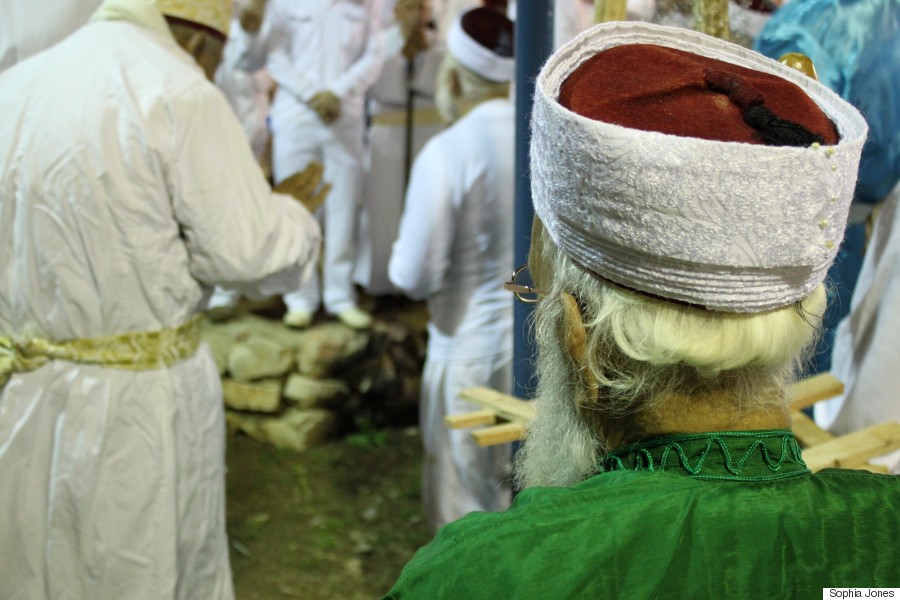 A Samaritan man prays during a Samaritan Passover ceremony. 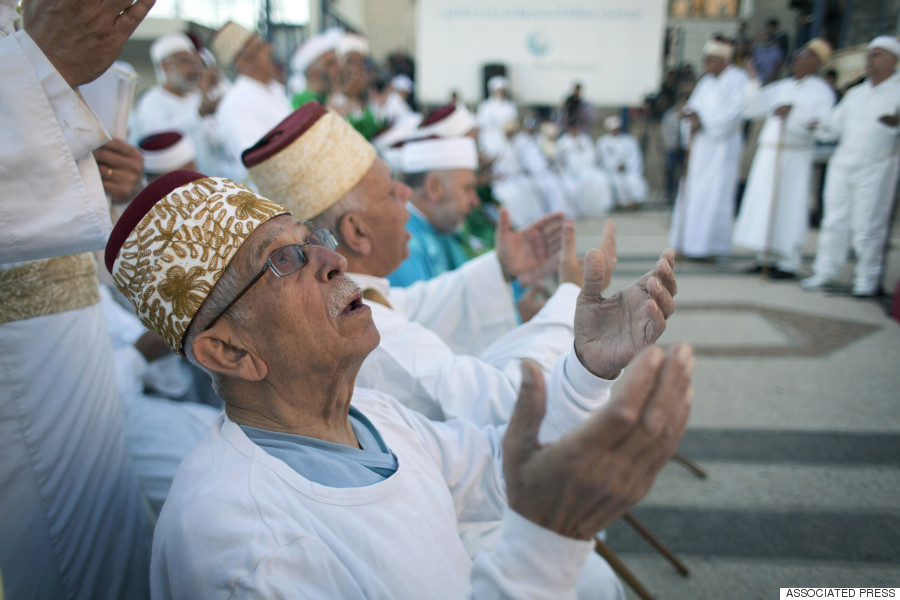 Members of the ancient Samaritan community pray during the ritual of Passover Sacrifice on Mount Gerizim, overlooking the West Bank town of Nablus on May 2. 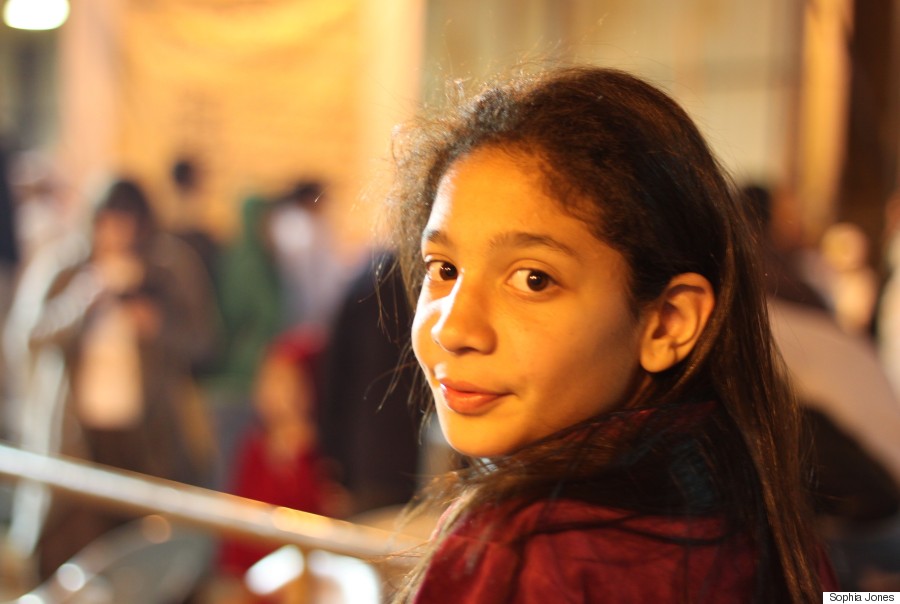 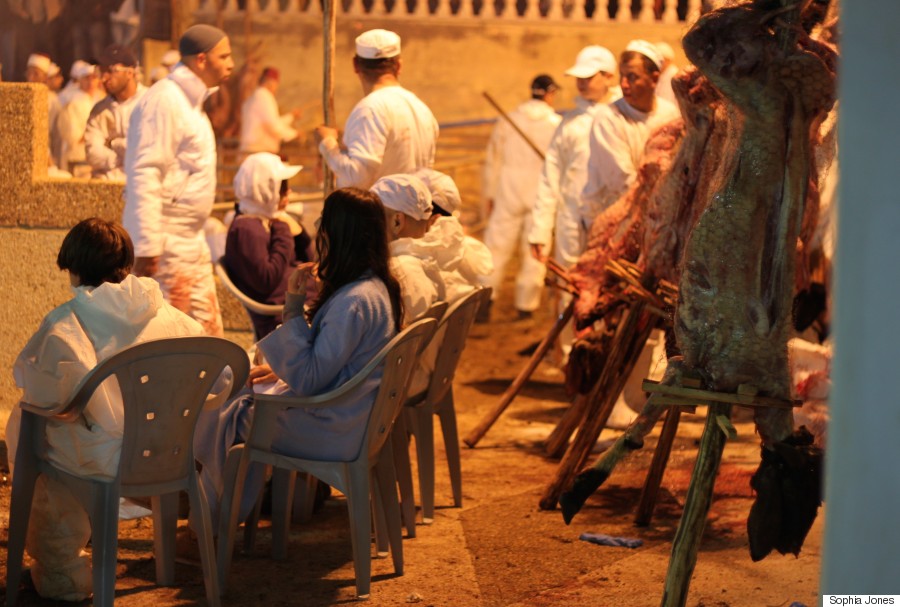 Samaritans gather around fires waiting for the meat to be cooked. 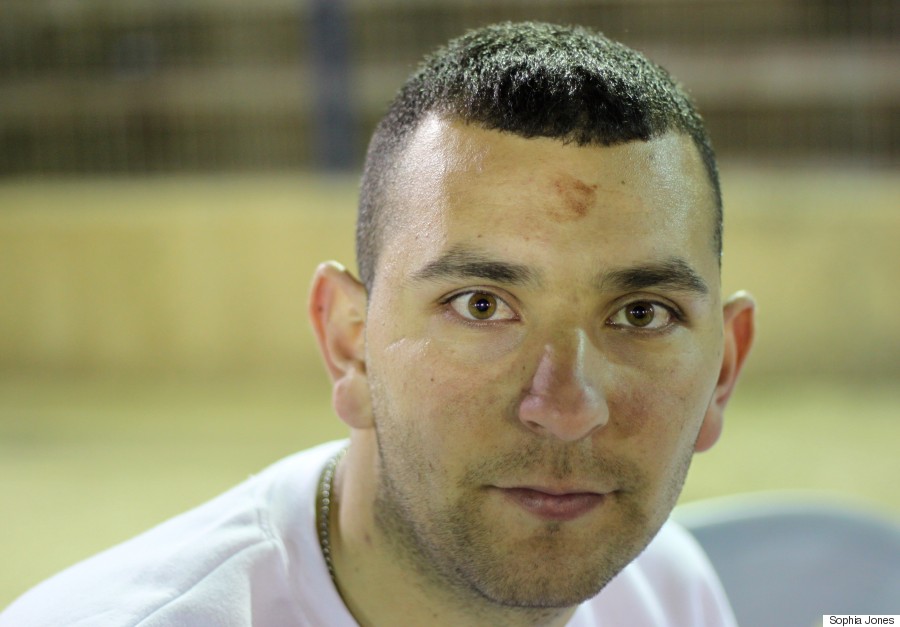 A young man watches the night’s festivities, with ritual sheep blood streaked on his forehead. 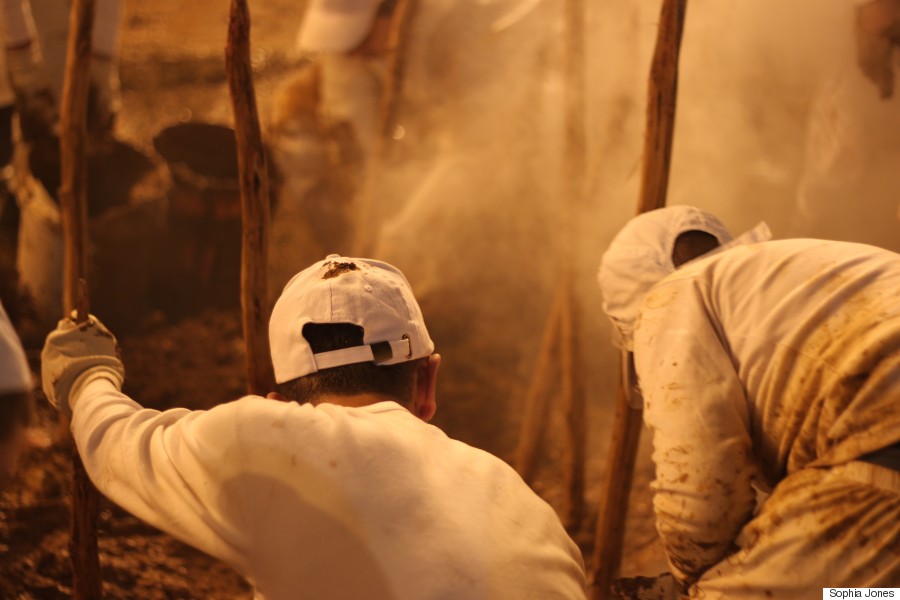 Young Samaritan men and boys quickly cover open flames with mud where slaughtered sheep are placed above in order to cook underground. 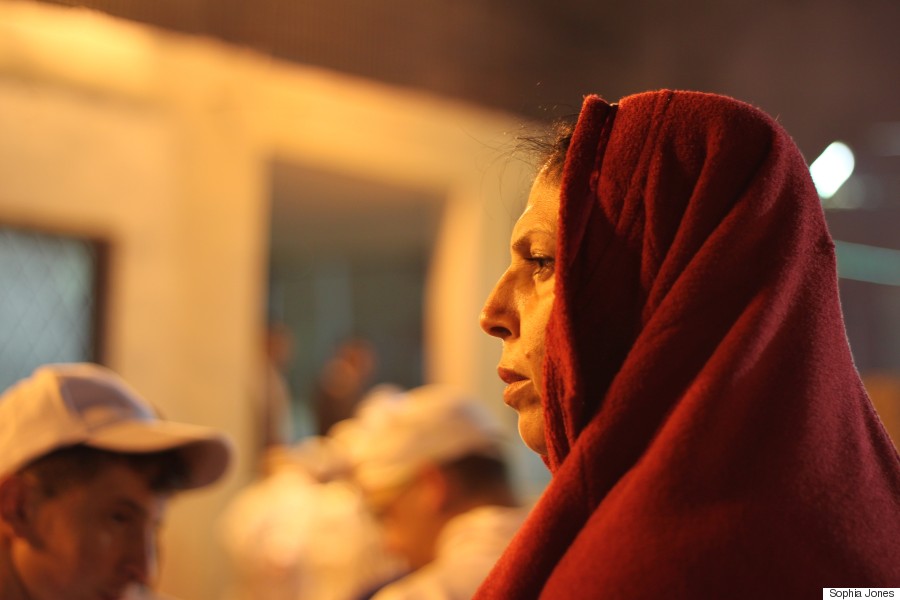 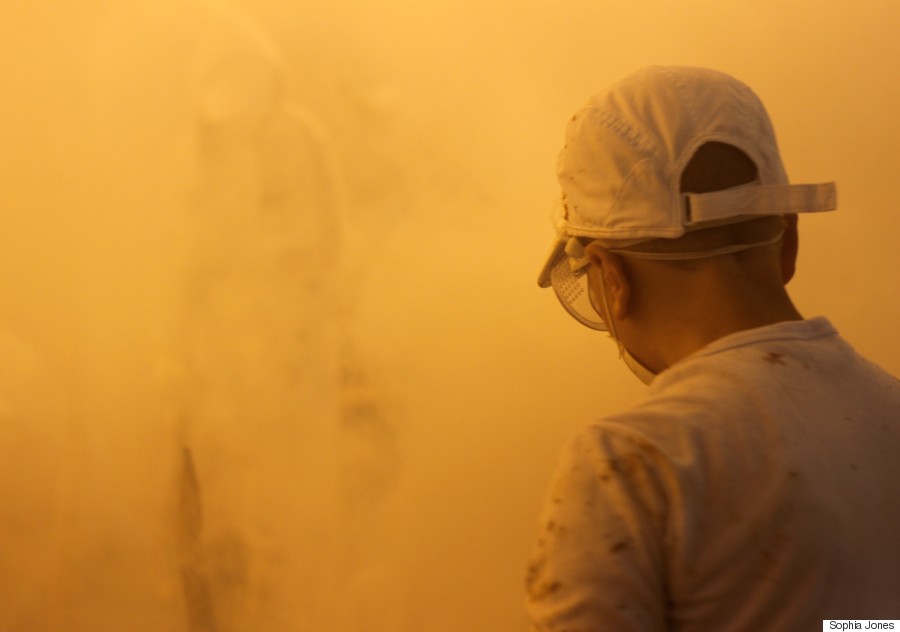 Smoke billows from pits covered with mud, where sheep are roasted for hours. 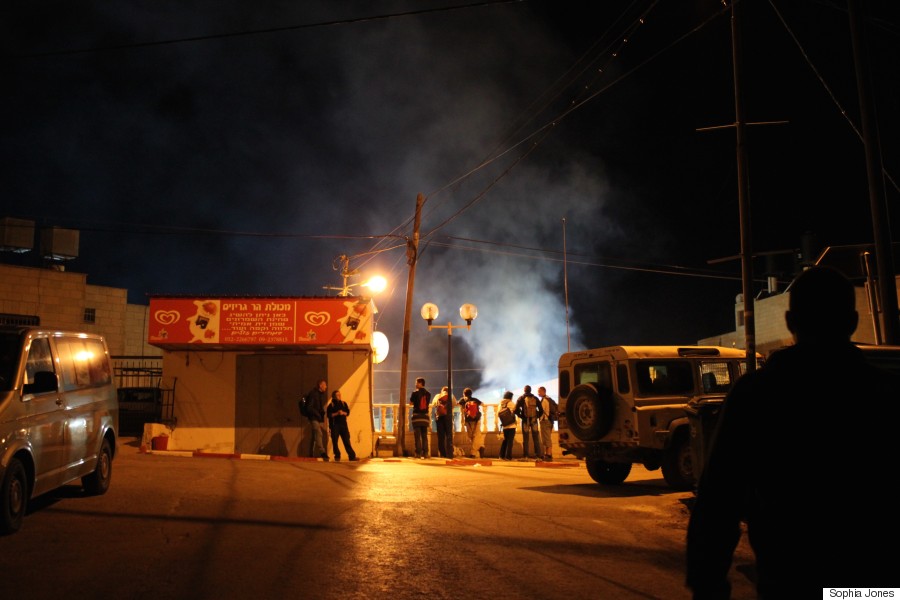 Onlookers watch as smoke rises up from fires lit to roast slaughtered sheep.