CHOBIELIN, Poland — What keeps you awake at night if you are the foreign minister of one of America’s vulnerable allies, as I was? That Russian President Vladimir Putin will do to you what he has already done to Georgia and Ukraine: start a hybrid war.

A war denied by the head of state and spurred by cyberattacks and subversion, in which planes and tanks without markings, operated by soldiers without insignia, march into our territory. A war that stays below the threshold of a full-scale invasion.

We would call for help but the situation might be too ambiguous to justify international intervention. We would need our allies, especially the United States, not to send us fact-finding missions or diplomatic demarches but planes, tanks and soldiers.

That scenario is not the worst we can imagine. In fact, for the past few years Russia has been practicing something even more sinister. The Russian military’s Zapad (“West”) exercises envisage a hybrid war against the Baltic states, followed by the detonation of a nuclear weapon.

It’s part of a doctrine that analysts call “escalating to de-escalate” but it’s anything but peaceful. It is designed to stun leaders so much that we give up right away. Given that planning for a nuclear war has become unthinkable in our post-modern world, Russia calculates that our leaders would hesitate if confronted with the real thing and would refuse to strike back.

A lull of even 60 hours would be enough to give Russia a victory. The whole purpose of the North Atlantic Treaty Organization (NATO) is to make sure that doesn’t happen. Only the president of the United States has the power to respond to Russian threats and action at every level of escalation. Only America can match Russia — even in such a remote spot as central Europe — plane for plane, cruise missile for cruise missile, nuke for nuke. The security of Europe’s northern flank depends on the perception that the United States is prepared to use force here.

But over the last week, we learned that the president of the United States thinks we are his “foes” and that Europeans owe money to the NATO budget, which is ignorantly untrue. It’s now clear that Trump is trying to destabilize democratically elected leaders of Germany and Britain in favor of their radical opponents. He is starting a trade war with Europe on the pretext of our supposed threat to U.S. national security. And on the scandalous issue of Russian interference in U.S. politics, he believes the murderous dictator of Russia more than the American intelligence community.

Never mind the reasons, the contrast between his disdainful and hostile attitude toward allies and his reverential and compliant attitude toward Putin is enough to plant doubt in our minds. During those hours of crisis that we so fear, we want Trump to roar down the phone: “Take your goons back to Russia, Vladimir — or else!” Would he?

Trump doubts the usefulness of alliances. I would like to tell him that Poland did not send a brigade to fight in the ill-conceived war in Iraq out of fear of weapons of mass destruction there. We did not send another brigade to Afghanistan in response to the September 11 attacks because we feared that the Taliban will come to Warsaw and enslave our girls. I did not sign the agreement for a U.S. missile defense system site on Polish soil because I feared that Iran might attack us. We do not buy F-16s from Lockheed Martin, airliners from Boeing or missiles from Raytheon because they are necessarily better than European alternatives.

We did all of that because successive Polish leaders are invested in the U.S. security guarantee.

But after last week, we have to face the reality that we do not know — because even the U.S. State Department, the Pentagon and Trump’s own National Security Council do not know — what Trump would do in a security crisis with Russia. Perhaps he doesn’t know himself.

This does not mean the end of NATO. Our alliance should continue, and indeed European allies should spend more money on defense — as successive U.S. presidents have advised — and hope that no crisis materializes.

But it does mean that the European Union needs its own autonomous ability to defend itself. We need it for the southern strategic direction, where refugee flows have threatened our political stability. We need it in the east, where Russia has broken the post-World War II taboo of changing borders by force. And we need it because the president of the United States is unreliable.

While foreign minister, I advocated the launch of a European defense union. If it wasn’t for Brexit, Britain could now lead it. Instead, the initiative now falls to France, Germany and the leadership of the European Union itself.

Trump is confronting us with an unpleasant choice: become his personal vassals, or hang helplessly in the air. We should choose neither. 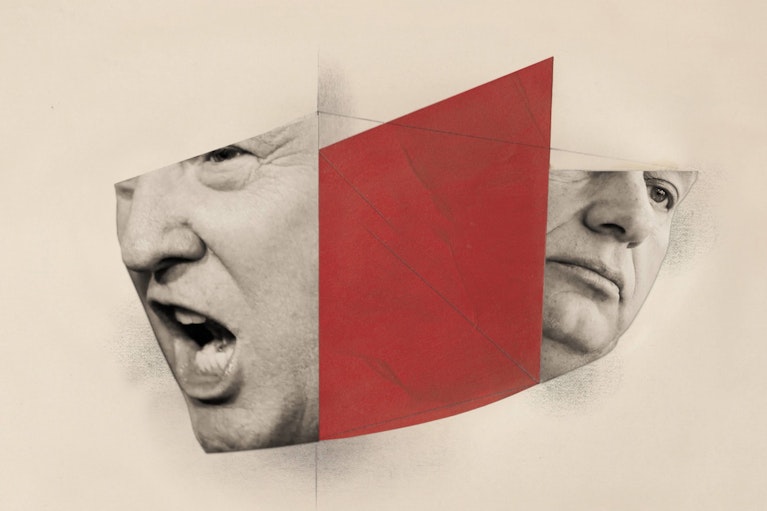