Kathleen Miles is the executive editor of Noema Magazine. She leads the team that launched Noema both online and in print in the spring of 2020. Based in Los Angeles, Noema is published by the Berggruen Institute.

Previously, as senior editor of The WorldPost, Miles lead a team of editors in New York, working closely with Washington Post editors in DC, to publish daily op-eds, features and videos from around the world in The Washington Post. Earlier in New York, Miles worked as an editor and reporter for HuffPost, covering politics, business and the environment. Before HuffPost, she was a news producer on Patt Morrison’s daily public radio program at the NPR affiliate KPCC.

Prior to venturing into journalism, Miles was a district representative for Congressman Adam Schiff; English, History and Humanities teacher with Teach for America; field investigator at the National Labor Relations Board; and political action coordinator for the International Ironworkers during the Kerry presidential campaign. She studied international political economy at U.C. Berkeley and is a member of the Pacific Council on International Policy. She can be reached on Twitter at @mileskathleen. 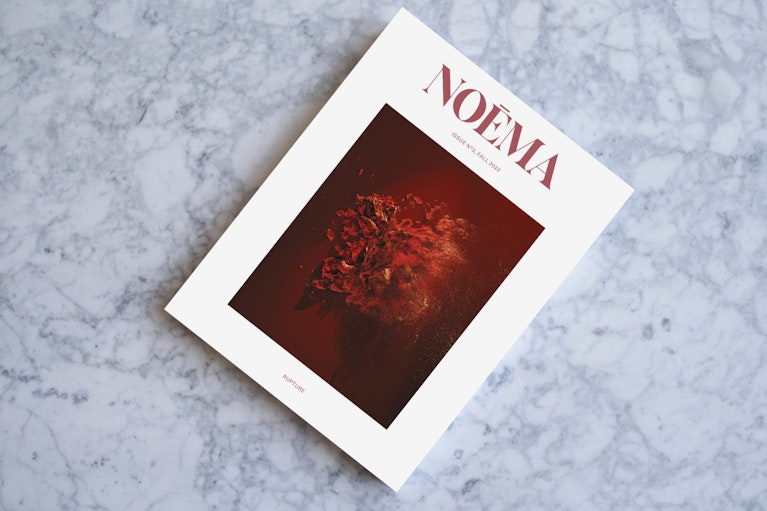 Essay Philosophy & Culture
Introducing Noema, Issue I: The Great Acceleration
Our image of the future will determine how we act today. Interview Geopolitics & Globalization
Ai Weiwei: 'Nationality And Borders Are Barriers To Our Intelligence And Imagination'
The WorldPost sat down with Ai to discuss his new documentary about the refugee crisis. Weekend Roundup: When Negotiating With Terrorists Works
If the terrorists are weak and their end goal is political, not apocalyptic, a peace deal may be within reach. Weekend Roundup: Preventing 'Madmen' From Getting Their Hands on Nuclear Material
A weighty question loomed large for world leaders who gathered in Washington this week for the fourth Nuclear Security Summit: could terrorists obtain dangerous nuclear... Weekend Roundup: A New Cold War or Russia's Quagmire?
Much to the chagrin of NATO, Gulf countries and others, Russia this week ramped up its military campaign in Syria, in what has become a war with global implications. So... Ray Kurzweil: In The 2030s, Nanobots In Our Brains Will Make Us 'Godlike'
Futurist and inventor Ray Kurzweil predicts humans are going to develop emotions and characteristics of higher complexity as a result of connecting their brains to comp... Iraqi FM Wants More Airstrikes Against ISIS, Supports Russia’s Role In Syria
He says Iraq and the coalition are winning the war against ISIS and should ramp it up. Can We Create An Artificial Brain?
This leading neuroengineer thinks it’s dangerous to even try. Weekend Roundup: Politics Is the Art of the Possible
In 1867, then Prime Minister of Prussia Otto von Bismarck (who, with parallels today, maintained German hegemony over Europe) famously said that politics is the art of ... Interview Philosophy & Culture
We Need The Liberal Arts More Than Ever In Today's Digital World, Fareed Zakaria Says
A liberal arts education is the best preparation for many careers, especially in the U.S., given today’s global technology-driven economy, CNN host Fareed Zakaria say... Robot Maker Says He's Designed A Pocket Robot That Could Replace Your Smartphone
LONDON — A Japanese robot maker says he’s designed a personal robot that could be the “next smartphone.” “You will put him in your pocket and talk to him like...

Interview Geopolitics & Globalization
Queen Rania: Let's Drop The First 'I' In ISIS. There's Nothing Islamic About Them
LONDON — Queen Rania of Jordan said Thursday evening that there is nothing Islamic about the self-proclaimed Islamic State, or ISIS. She was speaking with Huffington ...