China will keep winning friends from Chile to Mexico, regardless of a forthcoming shift in U.S. policy toward the region. 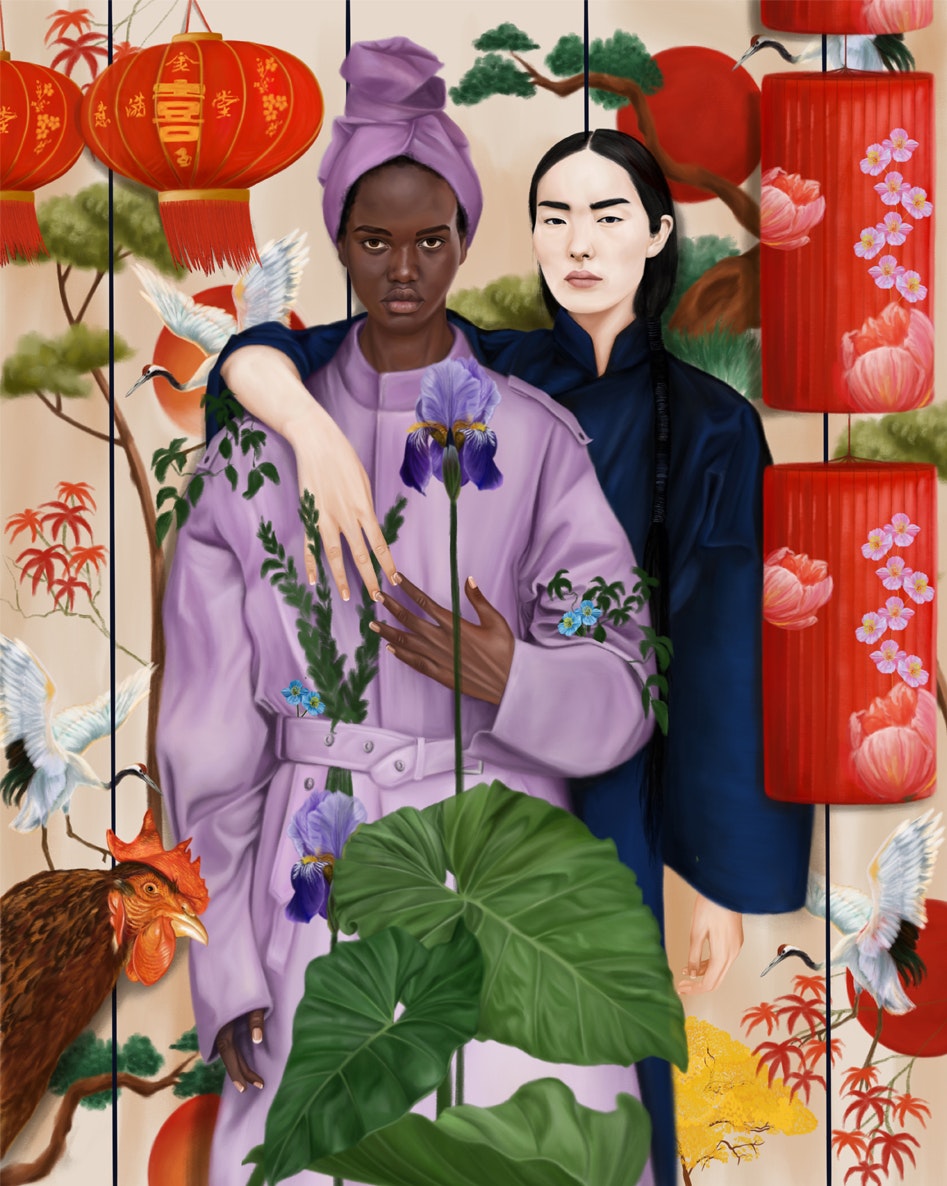 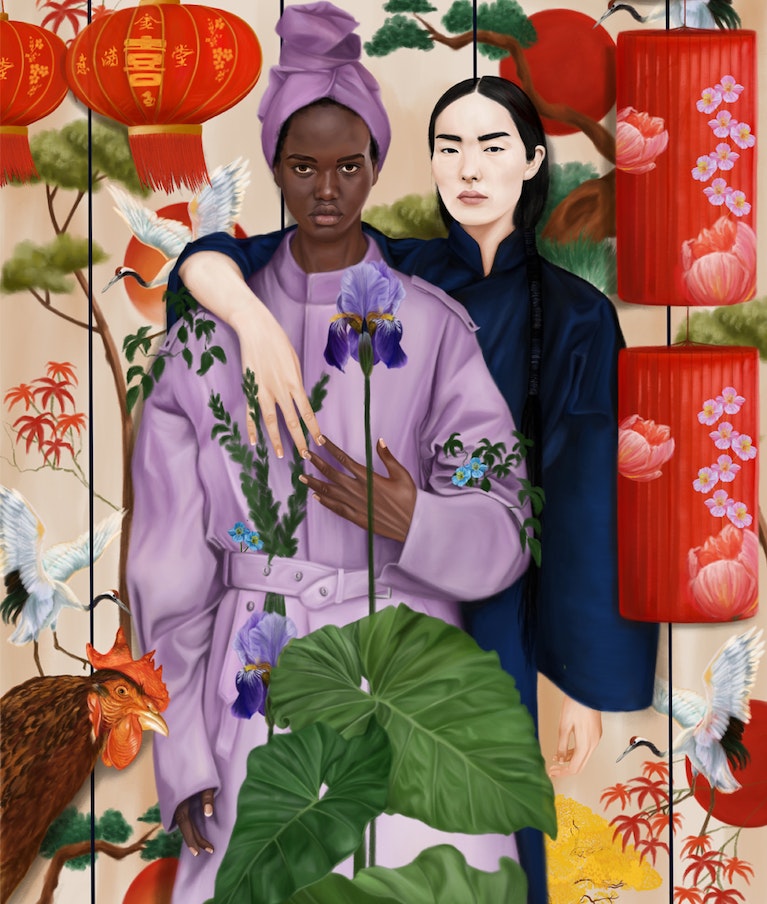 Stefania Tejada for Noema Magazine
Credits
Margaret Myers is the director of the Asia and Latin America program at the Inter-American Dialogue.

China has been a critical economic partner for many countries in the Latin American region for over two decades, as the top export market for South America and a main investor in many of the region’s key economic sectors, including electricity generation and distribution, mining and transport infrastructure. But though the COVID-19 pandemic is taking a toll on the global economy, Chinese companies remain well-positioned to continue investing in the region, possibly through the acquisition of ailing assets in certain industries of strategic interest to China.

In the U.S., Europe and Southeast Asia, people’s opinions of China are mostly deteriorating, but in Latin America, views are solidly mixed. In 2019, about half of Latin American respondents to a Pew Research Institute survey noted a favorable impression of China, with only an average of 24 percent expressing negative views. Negative views of China’s growing economic footprint in the region are based in large part on the extent and nature of its engagement in specific countries and communities, and also on allegorical accounts in traditional and social media. As Ariel Armony and Nicolás Veláquez noted in a 2015 article, 72% of documented negative media commentary on China focused on either the looming threat of economic domination or else concerns about Chinese immigration.

In other cases, Latin American officials and other observers have expressed more concrete concerns about the increasingly dominant position attained by Chinese companies in key economic sectors. A Peruvian energy sector businessman noted in November 2019 that Peru is “moving from privatization to nationalization, and not in favor of the Peruvian state but of the Chinese one.” The president of the Chilean Chamber of Deputies’ economic committee echoed those concerns a year later, writing that Chinese companies “are not private” but rather shell companies “of the Chinese state and the Communist Party.”

Despite persistent concerns among segments of the population, many Latin Americans largely view China as a willing and able economic partner, and have worked hard to encourage Chinese participation in key infrastructure and other projects. Chile’s leading politicians actively encouraged Chinese telecommunications firm Huawei’s investment in a new undersea cable project, for example. Outreach to China is also increasingly visible at the local level, like the partnership struck between São Paulo’s 120-year-old Butantan Institute, a biologic research center, and China’s Sinovac for production and advanced testing of vaccines against the coronavirus.

Under Donald Trump, the U.S. government’s Latin America policy has decidedly focused on limiting China’s engagement with the region through high-pressure diplomatic outreach, along with steps to provide viable alternatives to Chinese economic ties. The 2018 BUILD Act created the Development Finance Corporation, which has $60 billion at its disposal to promote free and open markets and viable, private sector-led alternatives to China across the globe. But that amount pales in comparison to the many billions that China lends and invests globally. Just in 2010, for example, the Latin American region received $35.6 billion in loans from China Development Bank and China Export-Import Bank. China’s commercial banks, such as the Industrial and Commercial Bank of China and Bank of China, established themselves in Latin America alongside the Belt and Road Initiative, Chinese President Xi Jinping’s signature foreign policy initiative.

“Despite persistent concerns among segments of the population, many Latin Americans largely view China as a willing and able economic partner.”

But efforts to thwart Chinese deal-making have worked in some cases. Most recently, possibly as a result of American pressure, Chile selected the Japanese firm NEC over Huawei to build the cross-Pacific undersea cable. Panama suspended a number of deals that former President Juan Carlos Varela negotiated with China in 2017. And Brazil tentatively agreed to limit cooperation with Huawei after solidifying a limited trade deal with the U.S. in October last year.

However, the Trump administration’s heavy-handed, China-centric approach to regional policy may have unintentionally boosted Beijing’s image in Latin America. The Pew Research Center has noted that views of China in the region shifted from negative to mostly positive following Trump’s election in 2016, and have increased every year thereafter.

Trump’s punitive foreign policy and isolationist trade agenda also alienated critical U.S. allies in the region, including Latin American members of the Trans-Pacific Partnership, which Trump withdrew from on his first day in office. Other aggressive moves — such as the nomination of Mauricio Claver-Carone, an American, to head the Inter-American Development Bank (IDB), which violated a long-standing agreement among IDB members that Latin Americans should lead the bank — reinforced the notion of a hegemonic U.S., making China’s claim of “non-interference” that much more appealing.

Now that Trump’s time in office is ending, China’s efforts to shape its image in Latin America will be made more difficult. Assuming Biden employs a more cooperative and moralistic approach to hemispheric affairs, China will be judged, as it often was before Trump, on its own merits rather than in comparison to Trump’s domestic and foreign policy, both of which have largely dismissed existential challenges to hemispheric wellbeing, including in the areas of global health and climate change.

Since 2016, China has crafted a regional and global foreign policy with perceived U.S. deficiencies in mind. China’s policies highlight its leadership in areas such as multilateral trade and climate change, which are critical to China’s own development, but also clearly contrast with Trump’s isolationist leanings and environmental neglect. A 2016 policy paper on Latin America and the Caribbean, released just after Trump’s election, makes nine references to climate change cooperation with Latin America and a dozen to multilateralism, while also highlighting China’s commitment to promoting the interests of the global south.

Without Trump as a foil, China will find it harder to claim leadership in these and other areas, especially if the U.S. adopts some of China’s goals, while also committing to some version of a pre-Trump hemispheric agenda. A renewed American focus on Beijing’s human rights record, as well as a continued bipartisan critique of Chinese tech-related and other forms of overseas engagement, will further complicate China’s global positioning. China’s treatment of Hong Kong and Xinjiang aren’t among the top news stories in Latin America, but they haven’t gone entirely unnoticed either. A Chilean congressman met with the pro-democracy activist Joshua Wong during a 2019 trip to Hong Kong, for example, which drew fierce criticism from the Chinese ambassador to Chile.

But Beijing still has some important advantages in Latin America, which won’t be diminished by a change in U.S. leadership. China’s trade with the region reached new heights in 2019, topping $300 billion. Chinese companies also announced more than $12 billion in new projects last year, although many of those projects are on hold as the region grapples with the COVID pandemic.

The past few years have opened critical doors for Chinese companies and a wide range of diplomatic and quasi-diplomatic actors, who have been hard at work creating opportunities for new Chinese trade and investment, but also shaping views of China and advancing Beijing’s political interests at the multilateral, bilateral and even local levels. In just the past five years, for example, Chinese government and business officials made upwards of 13 trips to Jujuy province in Argentina’s remote northwest, and Argentine officials made at least 11 visits to China, signing a wide range of investment and cooperation agreements. With some support from Chinese banks and quasi-governmental organizations, China’s numerous tech companies are also increasingly well established in the region, whether by acquiring foreign tech firms or successfully marketing security and other technologies to Latin American governments.

Efforts to develop the “Health Silk Road” have also apparently borne fruit in Latin America, where officials have openly expressed gratitude for Chinese assistance with COVID-19. “Thank you China!!!,” the Mexican foreign minister tweeted after a delivery of masks, respirators and test kits from the Alibaba Foundation in March, for example. Others have noted the efficiency with which China managed its own health and economic crises. The successful construction of the Huoshenshan hospital in Wuhan in only 10 days received considerable praise from Latin American audiences on social media. China’s efforts to distribute its COVID-19 vaccine to Latin American nations could also boost regional views of China in the coming months.

China has also taken steps to rein in its more assertive diplomats, who’ve caused some recent headaches for Beijing; as a recent study by Yale University scholars Daniel Mattingly and James Sundquist suggest, aggressive messaging associated with so-called “wolf warrior diplomacy” isn’t as effective in moving public opinion on China as efforts to highlight foreign aid. Embassy resources are now mostly being used to highlight instances of assistance rather than to attack perceived affronts or interfere in internal affairs. In addition, a series of Chinese government policies begun around 2010 have supported the development of high-quality Latin American and other area studies centers across China, which officials hope will develop a new generation of expert diplomats and businesspeople.

Among China’s greatest, enduring advantages in Latin America is its lack of history in the region. Enhanced relations date back only to the mid-1990s. China’s newness has generated some suspicion, but it also means that it doesn’t carry the same baggage that other countries like the U.S. do. Whether China can continue to portray itself as a cooperative partner, with Latin American countries’ best interests in mind, will depend on its diplomatic skill and the nature and extent of future trade and investment, in addition to wide-ranging external factors largely outside of China’s control. 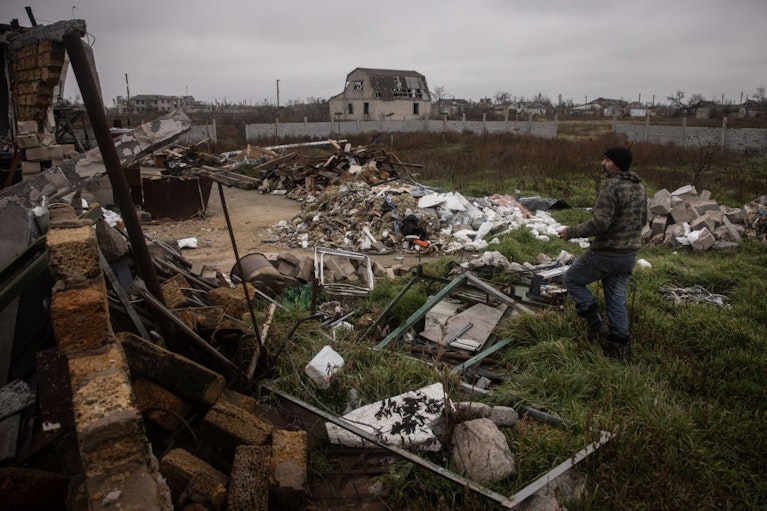