Seventy years of disaster, dictatorship and disruption have trained us mentally to expect pandemic-like restrictions, not unlimited freedoms. 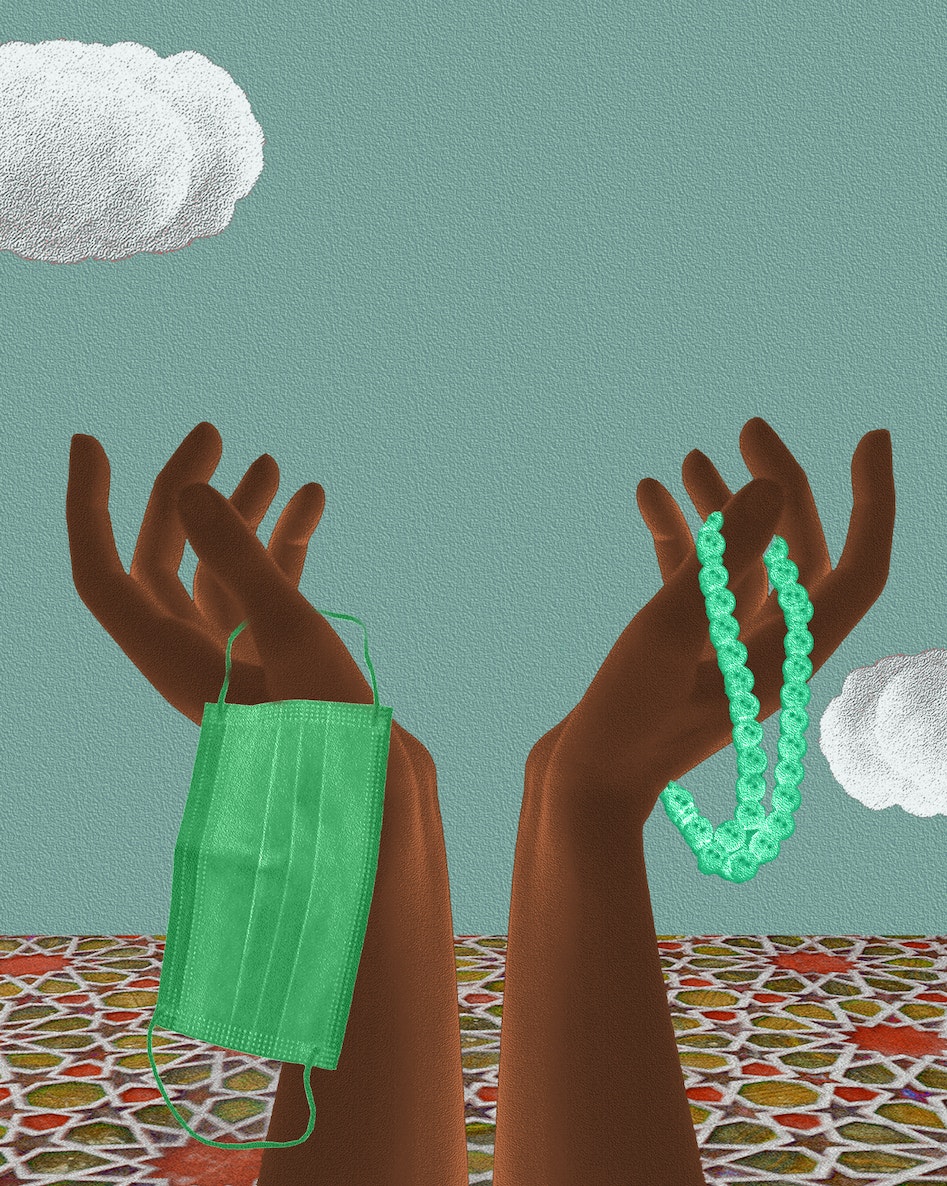 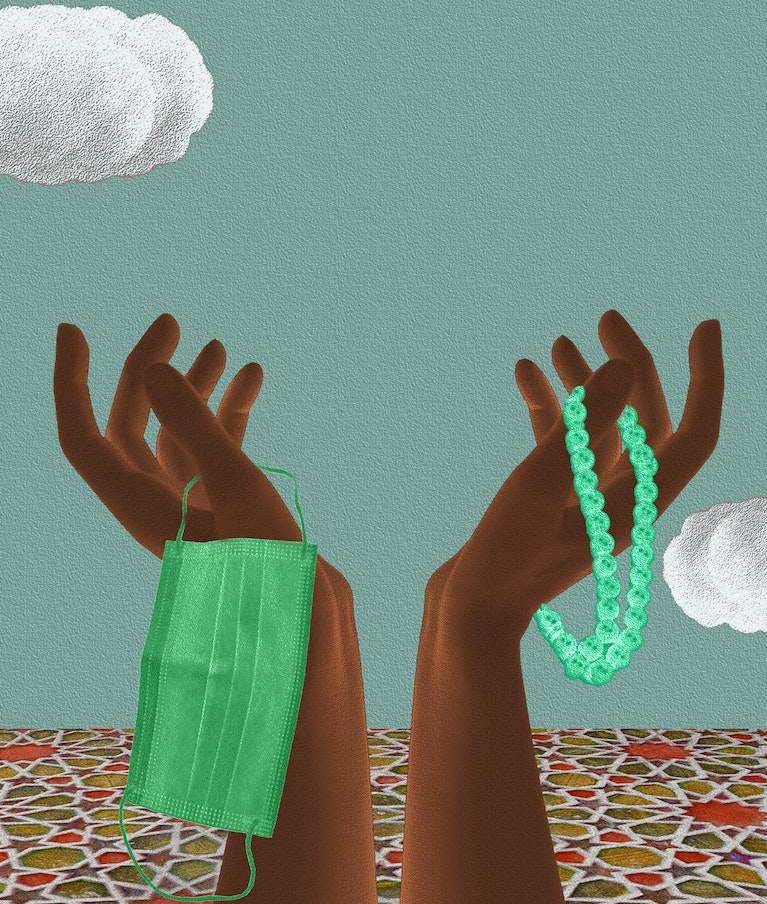 Bina Shah is a Pakistani writer and author. Based in Karachi, she has been a columnist for the New York Times and is a fellow of the International Writers Program at the University of Iowa.

KARACHI, Pakistan — Like many people in developing nations, I grew up in difficult circumstances. But considering the upheaval brought upon the world by the coronavirus pandemic and the ensuing lockdowns many governments used to try to bring it under control, I realized that my “abnormal” upbringing may have been the best preparation possible for this surreal phase in our lives. It may even explain why Pakistanis have not only survived the first wave of the pandemic with relatively little damage but are also reacting to this global health crisis with nonchalance. We’ve seen worse.

If you grew up in a developing nation, you’re well prepared for dystopia.

In the month after the first cases of COVID-19 in Pakistan were confirmed in late February, the government acted relatively quickly, locking down the country, suspending international flights and restricting movements from one province to another. The government formed a National Command and Operation Center (NCOC) to monitor the disease’s progress as well as to educate the population about masks, hand washing and social distancing. Two existing track-and-trace systems — one descended from the “war on terror” and the other from our polio eradication program — were used to trace people exposed to COVID-19. Putting these systems into action quickly helped keep cases low and the official death toll under 7,000 in the first wave.

“If you’ve grown up in a developing nation, you’re well-prepared for dystopia.”

The national lockdown lasted about six weeks, from the end of March to mid-May. We struggled to understand, like the rest of the world, what COVID-19 was and how we could protect ourselves against it. At first, we ventured outside, terrified, returning home as quickly as possible to shower and change and wash our clothes. Those six weeks passed interminably slowly, until Prime Minister Imran Khan declared that extending the lockdown would destroy the nation’s economy, bringing starvation to its most vulnerable. The government distributed one-off cash payments, and private citizens, ever ready to donate food to the poor during Ramadan and natural disasters, mobilized to keep the poorest afloat in the cities.

Lockdown ended in mid-May. Khan urged people to get on with their lives while following “standard operating practices” set up by the NCOC, such as restricted operating hours for marketplaces, caps on group gatherings and temperature screenings for passengers at airports. In the cities, some people began to wear masks and practice social distancing. Others merely shrugged their shoulders and decided that if they got COVID, “inshallah” — God willing — they would survive it.

“We knew what it was like to have hospitals on high alert, ambulances screaming in the streets.”

Pakistan in the late 1970s, when I was a child, was not primitive, but it was certainly lacking in wealth; even obtaining basic necessities — electricity, water, telephones — was a struggle. The country had few resources or manpower to devote to alleviating its people’s problems. Where history starts for me is my memories of the surreal landscape that was the Islamist general, Mohammad Zia ul-Haq’s, 11-year dictatorship, which included curfews, press censorship, a single state television channel and military courts.

My home city of Karachi throughout the 1980s and 90s endured two decades of extreme civil strife and violence, as rival political parties battled each other for control of the affluent city’s resources and economy. On any given day, a “strike call” made the city immediately go into lockdown, with shutters pulled down on stores, restaurants closed and schools called off. Only ambulances and police cars roamed the streets, sirens wailing, while the city’s civilians stayed home.

After 9/11, Pakistan joined the global “war on terror” on the side of the United States. This decision brought about a 15-year paroxysm of terrorist violence whose progenitors were first al Qaeda and then the Pakistani Taliban. The tribal areas of Pakistan were devastated; the cities of Karachi, Lahore, Multan, Peshawar and Quetta all suffered deadly bombings and gun attacks. We watched helplessly as countless Pakistanis lost their lives to terrorist violence in the first two decades of the 21st century.

“We expect life to feel bound by religious, cultural, economic and societal realities — not free and open.”

Then, after the December 2014 terrorist attack on the Army Public School in Peshawar left 150 mostly students and teachers dead, Pakistan’s government and army decided to try to rid Pakistan of terrorists. Within a year-long all-out assault, the army routed the Taliban and the political party that had paralyzed Karachi for two decades. Gradually, the security situation began to improve and life became normal, even joyful again. Pakistanis went to dinner parties, weddings, the beach, school and university, just like everyone else in the world.

Today, our education system is weak, we have food insecurity and violence still occurs. We struggle with an overburdened healthcare system and a constant paucity of medicine, especially for the rural and urban poor. All this has trained us mentally to expect restrictions, not unlimited freedoms. We expect life to feel bound by religious, cultural, economic and societal realities — not free and open.

Seventy-odd years after our inception as a nation, we’ve developed a stubborn national character that is full of contradictions: devout and law-defying, generous and risk-taking. We profess gratitude and appreciation to God but are arrogant in our refusal to consider the consequences of our ill-advised actions, like refusing to wear seat belts and driving like maniacs on the road or like choosing not to immunize children against polio.

Cut to 2020 and the coronavirus pandemic: When the government called for people to adopt mask-wearing, hand washing and social distancing in the early days of the pandemic, we knew that only a minority of people would actually listen. They preferred, as always, to leave their fates up to God.

“They preferred, as always, to leave their fates up to God.”

Pakistani hospitals filled up with coronavirus patients in the early summer. As the numbers climbed in May, peaking in June in the first wave, people flocked to Facebook and WhatsApp groups to ask around for oxygen cylinders, pulse oximeters, plasma from recovered patients and medications for which prices had recently skyrocketed. They also requested prayers, always the background chorus of life in Pakistan: prayers, whispered, wished or sung out from mosques five times a day. At 10 every night, people in Karachi and Lahore, our most populated cities, climbed to their rooftops and chanted the azan, the Muslim call to prayer, outside of the regular time. This was done previously during wars with India and the earthquake in Kashmir: a call for divine help in the middle of grave calamity.

Then, after the peak, the infection suddenly seemed to fade away. Our doctors attributed this in part to our youthful population — our mean age is 22. Still, they seemed perplexed by our good fortune. The government switched to a system of small, localized lockdowns wherever infection rates soared. These are strictly implemented, and the army is used effectively to stop people from leaving locked-down areas.

Meanwhile, the people of Pakistan shrugged their shoulders. Life went back to (ab)normal. But we’re used to that: In Pakistan, we always live with one ear cocked for the sound of trouble, and we know how to quickly take cover, to huddle ourselves away in our homes. You could almost call it second nature.

Our good luck couldn’t last forever, but we never expect it to. The government announced in November that with rising cases, we were entering a second, more lethal wave of the pandemic, which brings about a sinking feeling in the stomach as we contemplate restrictions and casualties once more. This has coincided with a series of anti-government opposition party-led political rallies, which are feared to become super-spreader events.

We know what fear feels like. Whether it’s coronavirus or terrorism, the fight-or-flight response is the same.

“Whether it’s coronavirus or terrorism, the fight-or-flight response is the same.”

What is built in the wake of 70-plus years of disaster, dictatorship and disruption is a sort of dogged perseverance, a gallows humor and a willingness to fight a good fight while surrendering to what is out of your control. And an ability to savor the peaceful times and the joys of life, which still exist even in the middle of a protracted crisis.

In his 2010 book, former New York Times Pakistan bureau chief Declan Walsh dubs us an “Insh’Allah Nation.” I see this as a reference to a country where there’s less of a sense of ownership over future outcomes, where people turn over ultimate responsibility for life and death to unseen forces. It’s this attitude, maddening and comforting all at once, which has prepared us for the pandemic. It ensures that even if some of us are carried away by death, we will still endure, as always. 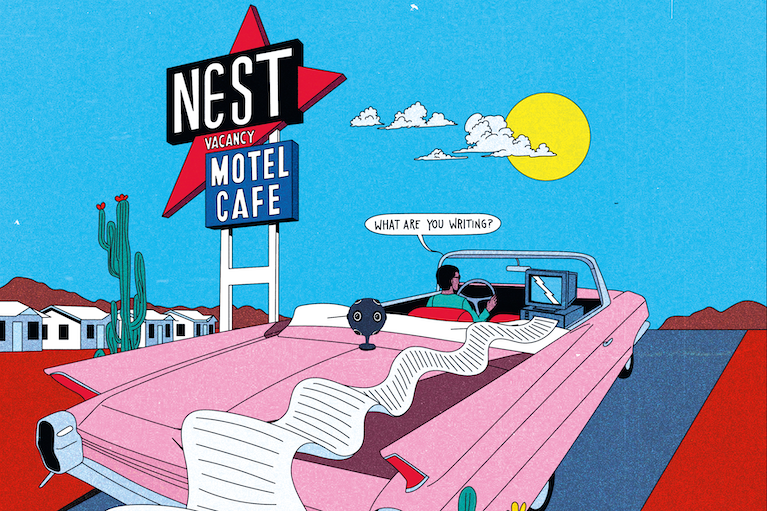