After the up and down it will go sideways. 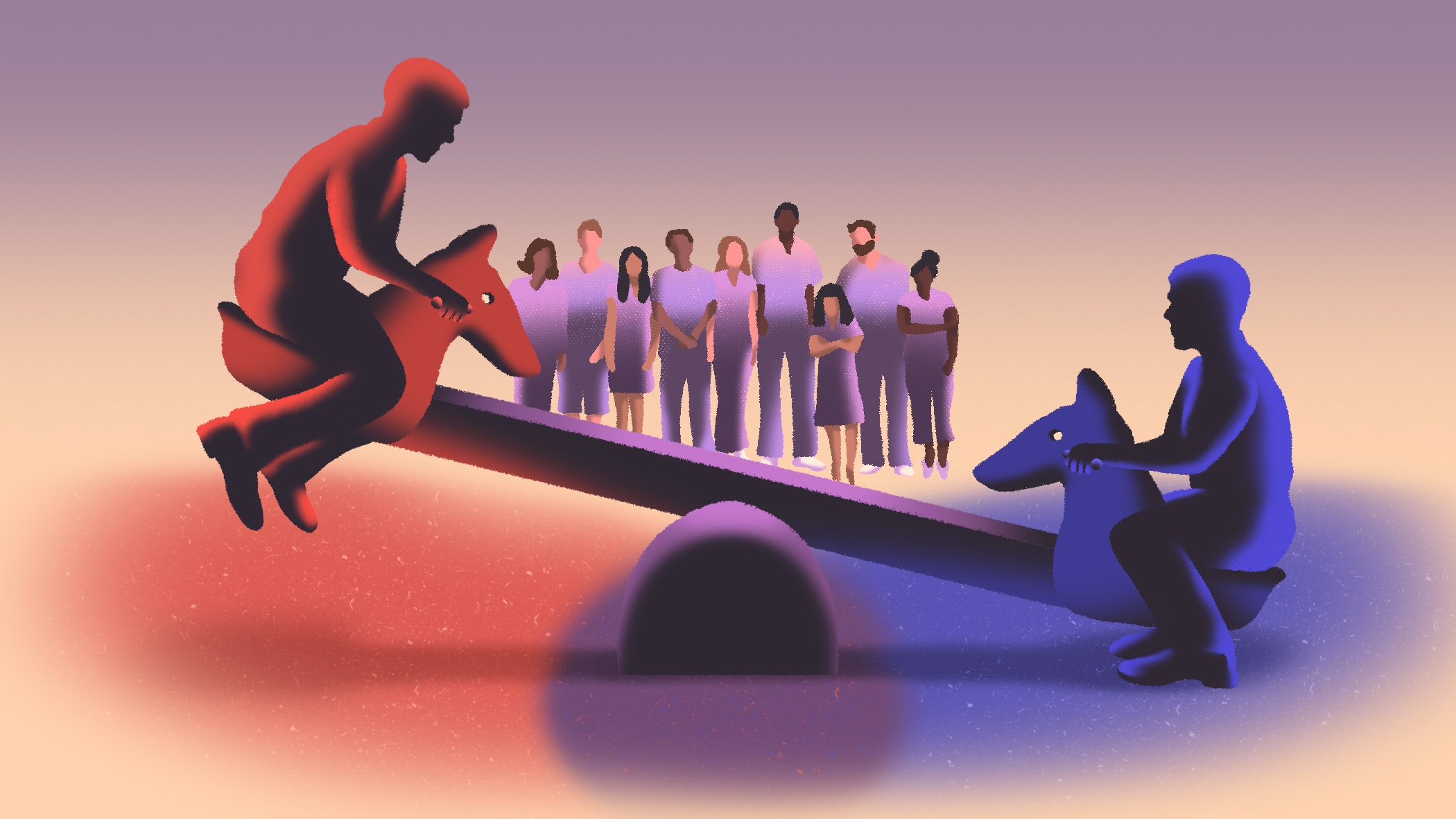 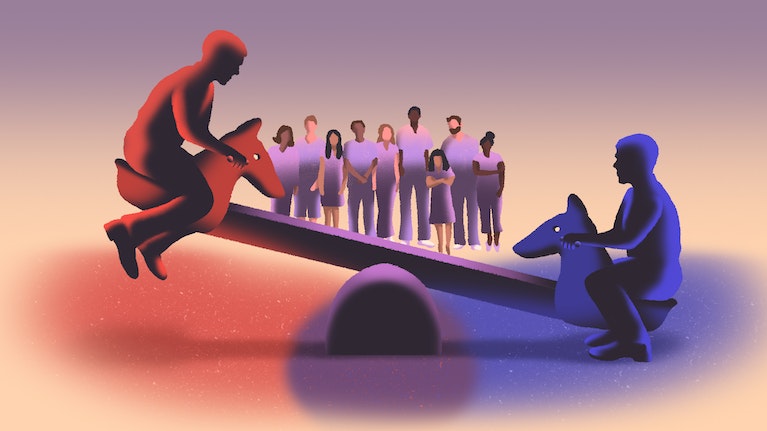 FIESOLE, Italy — The splintering of the centrist mainstream and fragmentation of democratic politics across the West is most glaringly apparent in Europe, where multiple parties vie for seats in parliament and coalitions in government.

In the American presidential system, the big tents of the two main parties remain, seriously frayed as they are by extremist factions that are culturally correct on the left and conspiracy-minded on the right. Absent the structural possibility of forming or shifting the players in coalition governments at the national level, what has emerged is gridlock in Washington and a contest among states, such as between California and Florida, with widely divergent policies on taxes, abortion, same-sex marriage and immigration.

In Europe, Italy is the poster child for how the demise of a governing consensus has led to see-saw polarization in which parties with entirely different agendas come to power one after another. Although its governments have been notoriously unstable throughout most of the post-WWII era, what came apart was usually reassembled around a roughly centrist center of gravity. That pattern has been changed radically by radicals encroaching on the mainstream.

In 2018, the Italian electorate granted the largest share of the vote to the wildly anti-establishment Five Star Movement founded by a comedian and a counterculture internet entrepreneur. Then, in a now-failed historic compromise, Five Star joined in a government headed by one of the establishment’s most highly regarded technocrats, former European central bank chief Mario Draghi, who was appointed by the president, not elected, to manage recovery from the COVID disruptions. Last Sunday, the same electorate that gave Five Star its chance turned to a coalition anchored by the far-right Brothers of Italy, a party with neo-fascist roots led by Giorgia Meloni.

The issues that led to splintering in the first place are the same as before: the role of the traditional family in a liberalizing culture, the inequality and marginalization of those left behind and the reaction to immigrants arriving from the outside.

When this alternating cycle fomented by hyper-partisan electoral competition exhausts itself sooner or later, the see-saw character of governance will likely go sideways, yielding to the horizontal weight of the non-partisan body politic — the inactive majority — that aspires to inclusion and consensus instead of fractured chaos. A promising new approach to democratic politics aimed at achieving this end is percolating beneath the roiling surface in Europe today.

This, at least, was the hope in a couple of meetings I attended in Switzerland and Italy over the past two weeks.

In Lucerne, the Swiss government — which is constitutionally bound to promote democracy around the world — cosponsored a gathering of the Global Forum on Modern Direct Democracy with participants from 67 countries. The aim was to spread the Swiss idea that true self-government not only elects representatives but empowers citizens themselves to make or undo laws and hold elected politicians accountable through the recall, referendum and citizens’ initiative. Their vote in these cases is not for a candidate or party, but on the issues and competence in governing.

When the process is fair and impartial with ample time and information to consider their choices, both the winners and losers in direct democracy know they have had their chance, that their voices were heard, and accept the legitimacy of the outcome.

A tamer version of the Swiss approach — citizens’ assemblies convened to propose policies or reach consensus when partisan politics cannot — is gaining traction across Europe. In this manner of non-electoral representation, a mini-public randomly selected through sortition (a lottery, as in ancient Greece) to be indicative of the body politic as a whole, makes recommendations for action by the powers-that-be. These bodies are focused on deliberation over a period of weeks, hearing pro and con arguments with input from relevant experts before they make their proposals.

This was more or less the process that unfolded last year when the Conference on the Future of Europe, sponsored by the authorities of the European Union, invited several citizens’ panels across the continent to propose ideas that would guide the E.U. going forward. In her state of the union speech this month, E.U. Commission President Ursula von der Leyen committed to integrating such panels into governing considerations on an ongoing basis.

How to correct the flaws in this first round of citizens’ panels in Europe and perfect the method was the focus of a gathering of key practitioners at the European University Institute this week at Villa Salviati near Florence, which houses the E.U. archives.

An In-Between Step to the Evolution of Democracy

Both direct democracy and citizens’ assemblies are so far an incomplete way to help diminish partisan strife and mend the breach of distrust between the public and the institutions of self-government.

For direct democracy that is binding, the big “if” when it comes to “impartial and fair” is the ample time and trustworthy information to consider choices on often complex issues — that is, the quality of deliberation. For citizens’ assemblies, which are only advisory, the question is whether they will have any impact at all since the elected authorities in most cases have no obligation to follow or implement what citizens propose. In short, where there is deliberation, the results are not binding; where results are binding, there is no institutionalized deliberation.

Bringing the two together as a complement to elected representative government would constitute the next evolution of democracy.

Small sprouts along this path are beginning to break through the soil of the status quo. In Ostbelgien, the German-speaking part of Belgium, a permanent citizens’ body has been established to propose issues for deliberation and convene citizens’ assemblies. Upon their recommendations, the government is obliged to respond either with amendments or a detailed explanation of why they cannot act on those recommendations.

With respect to direct democracy, to take just one example, Citizens’ Initiative Review (CIR) panels, randomly selected from the public at large, have been convened in Aarau, Switzerland as a “second reading” of proposed ballot measures to deliberate whether they are in the public interest.

In these days so clouded by bitter polarization, it may be hard to envision how new practices that foster consensus can ever take hold. But, as always, a dialectic is at work. Contained in the nature of the challenge at hand are the contours of its solution.