Thinking differently about how to design the digital platforms that structure our lives can help lead us on a journey to improve society and become better versions of ourselves. 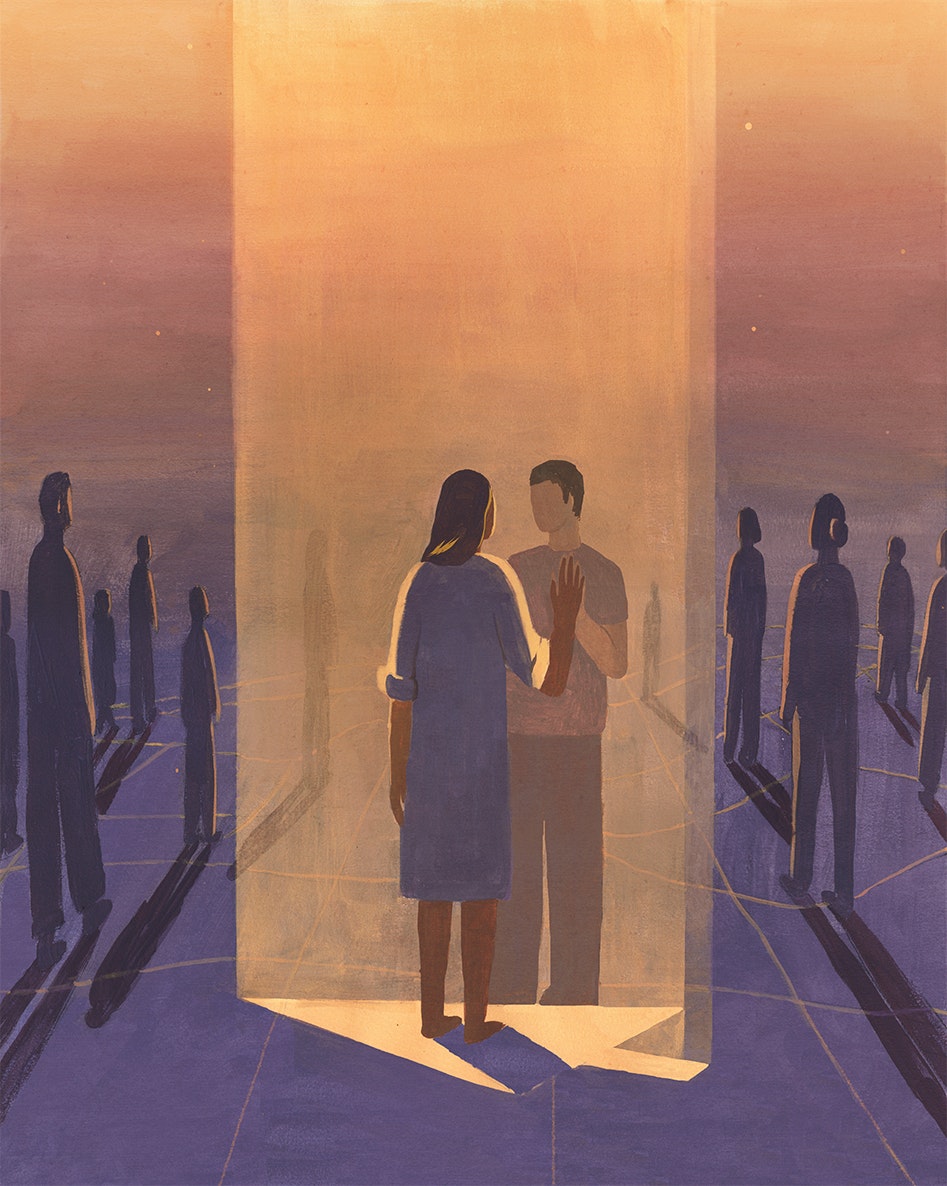 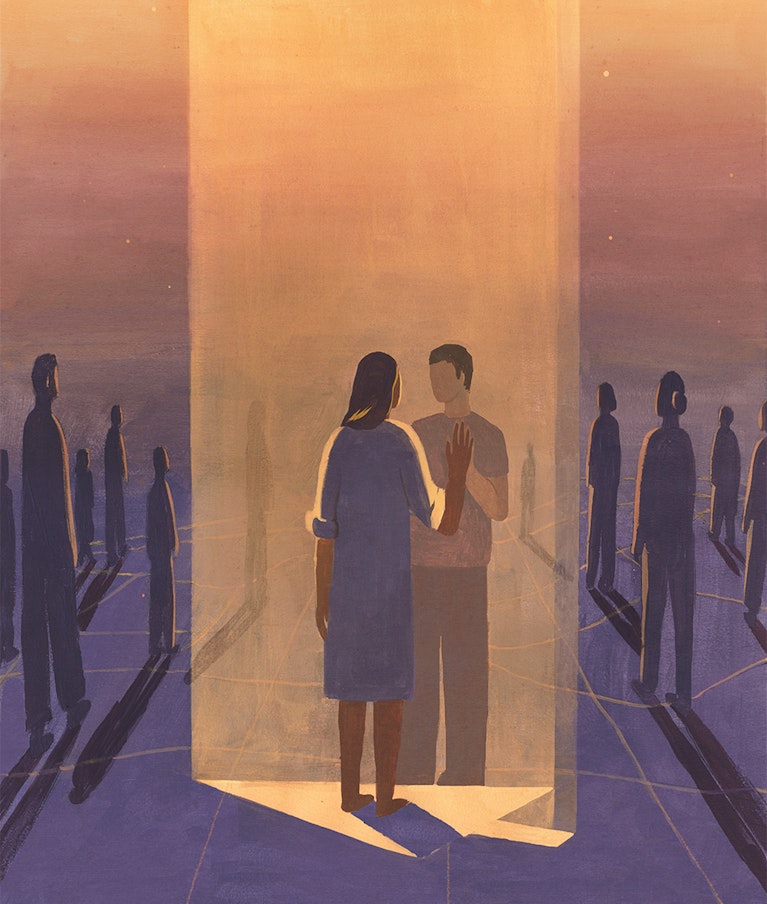 Tim Gorichanaz is an assistant teaching professor at the Drexel University College of Computing and Informatics.

It feels like we could really use a hero these days. We flock to Marvel movies to imagine forces for good overcoming the evil around us. We fumble for heroes among public figures, hoping someone can lead us out of injustice, health crises, climate change and political desperation.

What’s the main job of a hero? To save us from the darkness? That’s not quite right. Heroes — even fictional ones — help us become better people. They don’t just solve our problems; they make us better able to solve our problems ourselves.

This is the heart of the philosopher Linda Zagzebski’s moral theory. The way we learn right from wrong and live a good life, she writes, is not by memorizing rules, analyzing concepts or calculating outcomes — but by emulating those who we admire. We admire heroes for their actions, saints for their sacrifices and sages for their wisdom.

We need such heroes, saints and sages both to become better ourselves and to improve society. But today, our attempts to identify and emulate admirable people are being undermined by a dynamic wrapped up in the politics of identity and technology.

All people are flawed, a mix of good and bad, but we tend to see others as only one thing. The philosopher Amartya Sen calls this a “solitarist” approach to identity. And as we are biased toward negativity — a bad apple spoils the bunch — we are thrown off by a person’s bad character traits or past actions. Even minor ones. We identify people by the worst thing they’ve ever done. This dynamic is worsening in the digital age as we encounter each other only as flat, digital versions of our actual selves, and as more and more of our activities accrete into inescapable digital histories.

Solitarist identity is an example of dichotomous or binary thinking, one of the cognitive distortions that are evidently becoming more common, at least among young adults in the United States, according to George Lukianoff and Jonathan Haidt’s analysis in “The Coddling of the American Mind.” Psychologists studying binary thinking have also found it to be characteristic of people who are narcissistic, perfectionist and authoritarian. The common ground between these traits is a need for control; to let go of the binary is to let go of the feeling of control.

Some commentators have observed in the spirit of the philosopher Marshall McLuhan that our binary thinking seems to be getting starker now that we have come to rely on binary-based computing across society. Indeed, the design of the digital platforms that structure our social lives facilitates binary thinking. We are encouraged to see people and events in all-or-nothing terms: friend, follow, like, heart. If technology-inflected solitarist identity makes it difficult or impossible to identify and admire heroes, saints and sages, then it will be difficult or impossible for us to learn how to live well in the digital age.

“Our attempts to identify and emulate admirable people are being undermined by a dynamic wrapped up in the politics of identity and technology. ”

Our search for solutions should begin with the binary thinking that is at the heart of the problem. Psychologists suggest that we can mitigate binary thinking by developing cognitive flexibility — that is, engaging with the complexity and variability of real life by taking into account multiple points of view. This is part of what we call empathy.

Further, as Zagzebski proposes, a crucial element in identifying moral exemplars is conscientious reflection: reasoning that melds the theoretical and the personal, considers the past and future, and takes place over a span of time and emotional states. Moral exemplars, she writes, are people we admire after this kind of reflection. And a key ingredient for such reflection is narrative: We can learn about the many facets of people’s lives by engaging with biographies, interviews and so on. There is always more to a person’s story.

It could be said that the success of our human future requires the pursuit of narrative, reflection and empathy. To be sure, we can move in that direction through education, civic discourse and therapy. But if the design of our digital technologies helped us get to where we are, then design can also help get us somewhere better. Indeed, there are a number of emerging technologies, as well as some speculative possibilities, that we could use to kickstart this journey.

The digital revolution has shaken up our understanding of narrative, but there are new technologies that could help us recontextualize rather than decontextualize. Are.na, for example, is an online platform for bookmarking items you find online and making connections across them. It describes itself as “Tumblr meets Wikipedia.” Users construct “channels” by adding things they find — links, text, video — allowing narratives to emerge. Roam Research is a similar platform, a notetaking app that allows complex interlinking between pieces of content, creating dynamic networks and hierarchies of information. But these are somewhat specialized tools and have a significant learning curve.

Societally, we need such technologies for the public, perhaps built into the social media platforms that have become the de-facto online living rooms for so many of us. We need context for the torrent of information sent our way.

Imagine a tool that seamlessly connects quotes, images or video clips to their sources. There are seeds of this already. We can do reverse image searches using Google, and tools like Ground News and AllSides connect people to multiple news stories about the same event, helping us see how different media outlets spin things — intentionally or not. The key will be integrating these technologies with the platforms so many of us live on.

Reflection involves time. To properly reflect, we have to step back and consider multiple forms of evidence, including external arguments and first-person experience.

Digital technology is not generally conducive to reflection. But that does not need to be the case. Indeed, for decades, researchers have explored how technology can facilitate reflection in learning environments, helping students deepen and solidify their learning. This includes techniques such as reflective essays and journaling, collaborative blogging and multimedia storytelling.

Similar research and development for the general public has gone under the moniker “slow technology,” which is about creating technologies that, among other aims, make space for solitude and rest. Slow tech has begun to percolate into our smartphones with features such as screen time limitations and photo memories. Twitter now nudges you to read an article before retweeting it.

“Digital technology is not generally conducive to reflection. But that does not need to be the case.”

In recent years, design researchers have been developing experimental slow technologies specifically for reflection. During the 2012 U.S. presidential election, for example, the Reflext system helped users reflect on political news coverage by exploring word associations across news outlets, political blogs and campaign speeches. One could see, for example, differences in the way Fox News or CNN framed discussions of Medicare.

Reflext was a short-lived research project and is now defunct, but its findings can be implemented more widely. Imagine, for example, a search engine that groups results by topic or category rather than a single list, encouraging users to explore results from multiple sources or viewpoints — several sides of a divisive issue, for example, or different profiles of a public figure. The goal would be to expand the possibilities for understanding and action by encouraging users to see what might seem to be a dichotomy instead as data points on a more complex continuum.

How might technology help us humans connect more meaningfully with each other — help us see each other as whole and flawed people who have different views and backgrounds? Scholars and writers have, for many years, been warning that digital technology poses a threat to human-to-human empathy, but they haven’t offered much in the way of solutions.

Technology should connect people to each other and then immediately disappear, like a tactful matchmaker. Indeed, this is what good dating apps and websites do. Contrary to most digital platforms, the key success metric for a dating app is how quickly people get off it. Besides dating, digital technology excels at connecting people with rare conditions or niche interests. Tandem, for example, connects language exchange partners within the same city.

“Technological development is not a one-click solution. It needs to be part of a broader cultural shift in how we relate to each other in the digital age.”

Going further, we could imagine platforms that facilitate meaningful conversations. Apps like Chatroulette, which connects random strangers by video, offer the chance for open-ended conversations. But the goal of empathizing may be better served through structured conversations guided, for instance, by prompt questions.

Audio-based interfaces and networks are also promising. There are indications that we more readily embracegray areas and empathize with alternative perspectives when we hear people’s voices than when we just see their words. Beyond podcasts, audio-based networks such as Clubhouse, Twitter Spaces and Discord Voice Chat have emerged in the petri dish of digital media.

It’s very possible similar technologies could facilitate asynchronous empathy-building as well. For example, there are countless videos on YouTube where people share stories of culture — of mistakes and learnings, of changing their minds — but we need discovery tools to help users find these stories by theme or topic.

Technological development is not, of course, a one-click solution. It needs to be part of a broader cultural shift in how we relate to each other in the digital age. Soon I hope we can collectively establish a shared baseline that admiration for someone is different from an endorsement of everything they do, and that pointing out something unsavory that a person did in the past isn’t mic-drop proof of malevolence.

In this future, we’ll be less cynical about each other. We will see each other in a more complex way and be able to identify the heroes, saints and sages around us — the people we would do well to emulate. We’ll allow ourselves to see the good and carry it forward rather than getting mired in the bad (as good as it may feel to wallow).

“Even imperfect people can be kind, just, honest and caring.”

Morality is about getting on with each other — and in the final analysis we don’t have a choice to do otherwise. We’re all part of a moral community, and in the digital age our moral communities are increasingly broad, interconnected and overlapping. Exemplarist moral theory doesn’t suggest that we all need to be heroes in this world. That would be too much to ask.

Rather, as we move forward in the digital age, our responsibility is to find the heroes around us. We must observe how even imperfect people can be kind, just, honest and caring. And then we must teach each other what we’ve seen and try to be a little more like that, in our own small ways. 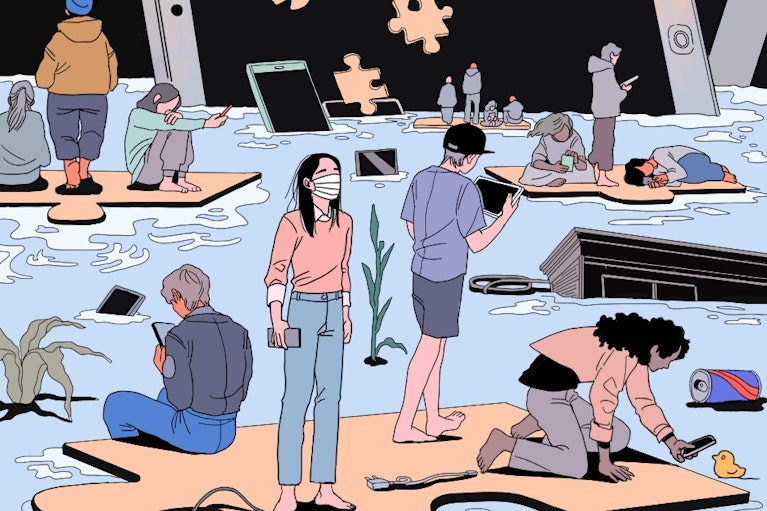 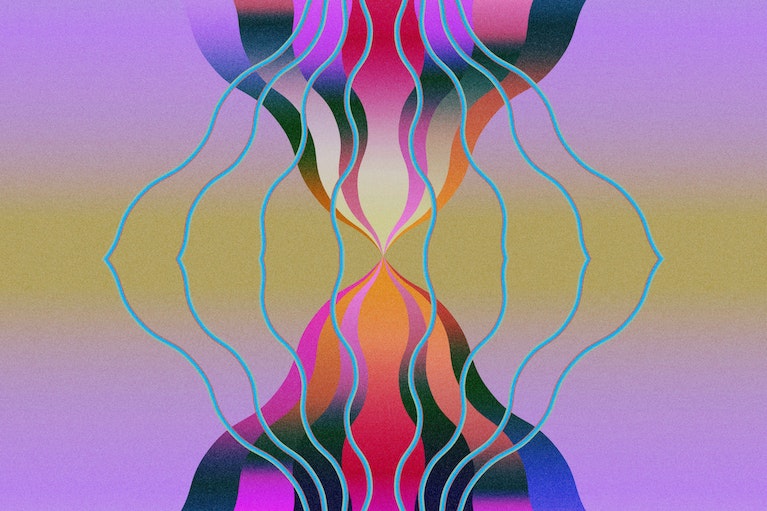