Links to Europe may help deter a Taiwan invasion. 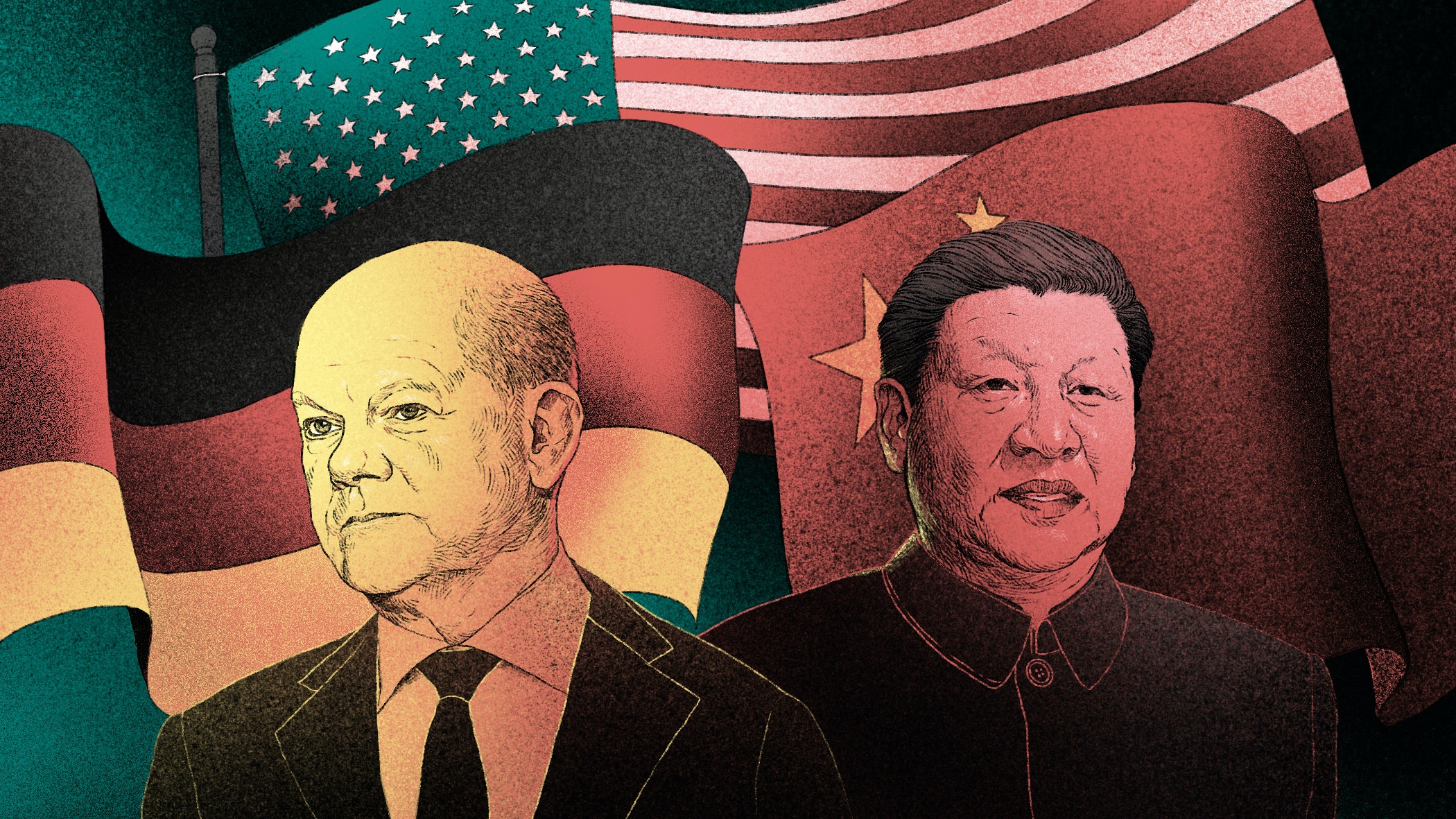 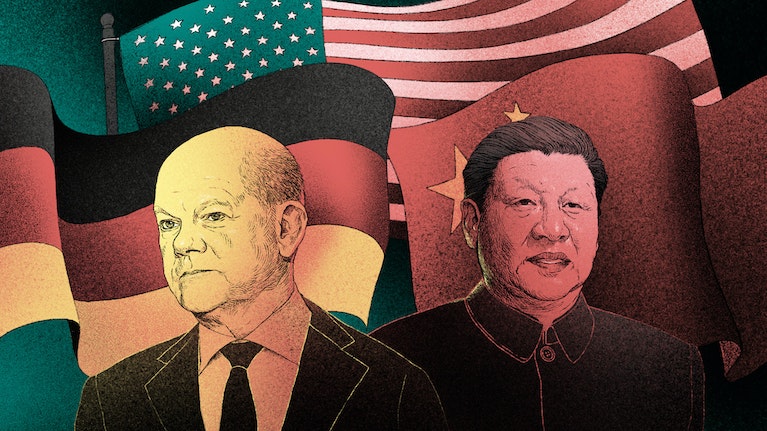 Few countries committed more thoroughly to post-Cold War interdependence than Germany. That makes it among the most vulnerable countries today, as what once tethered the world unravels. How, and with whom, Germany reweaves the ties that bind going forward make it a pivotal state in shaping just how divided the next global order will be.

Though considered the anchor of Europe, Germany grew dependent on America for its security, Russia for the cheap energy that fueled its industries and China as the primary market for its export-led economy, upon which prosperity rested.

Fast forward to this year from last February when Russia invaded Ukraine. By radically boosting defense spending to over $100 billion, Germany implicitly acknowledged what Finnish Prime Minister Saana Marin has said publicly: “Europe isn’t strong enough right now. We would be in a lot of trouble without the U.S. involvement in the war in Ukraine.” Europe thus realizes it must become less reliant on America for defense in what has become a tough neighborhood.

Germany has scrambled to keep the lights on by just as radically shifting the sources of its energy imports from Russia to Norway, the Benelux countries and France, redirecting the flow of its interdependence to more secure territory. Even the Green Party within the governing coalition was compelled under the circumstances to accept the reopening of closed coal plants and delaying the scheduled shutdown of its nuclear industry.

Where Germany has not radically changed course, so far, is in the third pillar of its dependency — the relationship with China. Here it strays from America’s strategic effort to bring the rest of the West along in containing China and thwarting its further rise.

Containers Instead Of Containment

In November, German Chancellor Olaf Scholz was the first G7 leader to meet President Xi Jinping in Beijing since the COVID crisis began. He was joined on his visit by top CEOs from Volkswagen, which sells 40% of its cars in China, Siemens and the chemical conglomerate BASF, which also have major stakes there. Overall, 46% of industrial firms in Germany rely on intermediate inputs from China.

Scholz has also deepened, instead of constricted, the connection with China by pushing through the partial purchase of a Hamburg container terminal by Chinese-owned Cosco, albeit negotiating its share down from 35% to 25%.

In doing so, Scholz faced opposition not only from the U.S., but from key members of his government. One of his own state secretaries protested that the purchase “disproportionately increases China’s strategic influence over German and European transport infrastructure and Germany’s dependence on China.” Germany’s domestic intelligence chief was even more scathing in his view that China is a far greater long-term threat to the country’s security than Russia. “Russia is the storm. China is climate change,” he warned.

Scholz is no more naive than President Frank-Walter Steinmeier, who insists that Germany must “learn its lesson” from the war in Ukraine and must avoid “lopsided dependencies.” He added: “That applies in particular to China.”

But the chancellor is also acutely aware of what a sharp decoupling from China would mean for the German economy. As head of a government that must protect the nation’s interests while navigating through the present turbulence, Scholz cannot afford to see the world in black and white. He has made clear where he departs from the near hysteria of the Washington blob. “China’s rise does not warrant isolating Beijing or curbing cooperation. … Germany and Europe can help defend the rules-based international order without succumbing to the fatalistic view that the world is doomed to once again separate into competing blocs,” he writes in the current issue of Foreign Affairs.

Where To Draw The Line

The great question — for Germany and the West — is how to calibrate the extent of interdependence in today’s shifting geopolitical landscape and where to draw the lines between economic self-interest and Western values while keeping tensions from spiraling out of control.

Scholz’s co-leader of the Social Democratic Party, Lars Klingbeil, has taken a stab at outlining a framework of rapprochement with China that avoids dependency and does not amount to either accommodation or containment.

“It is clear that we will have to deal with countries that do not share our values, or that even reject our social order,” he laid out in a speech last summer. “It is always a matter of weighing up how deep our cooperation should go and at what point such cooperation might violate our principles and values. We must address injustice. There cannot be cooperation without taking a stance. Change through rapprochement must never be reduced to change through trade.”

He continued: “We must never again become as dependent as we became on Russia regarding energy policy. Europe must develop its strategic autonomy. Critical goods and critical infrastructure must be produced and supported here in Europe. With regard to China, this means, for example, reducing dependencies in the areas of medicine and technology. It does not mean that we should no longer trade with countries like China, as some are proposing — but it does mean,” he proffered somewhat fuzzily, “that we must adopt strategically clever and resilient courses of action.”

For Klingbeil, and presumably Scholz, the alternative to trying to stop China’s rise is to make the West more attractive to those who would fall within the orbit of a strategic competitor. “The world will be organized differently in the future,” he submitted. “It will no longer be organized in separate poles, but in centers exercising power in multiple ways. Allegiance, pressure and oppression are no longer decisive for alignment, but instead convictions and interests. These power centers are attractive; they create ties, dependencies and cooperation. Joining them is in one’s own interest.”

Echoing (then West) Germany’s dual opening to the East (Ostpolitik) and grounding in the West (Westpolitik) during the Cold War, Klingbeil calls for “strong centers working in a single direction. It remains enormously important in this respect that we as the West stand shoulder to shoulder: a strong Europe at the core, but in close alliance with the United States, the United Kingdom, Australia, Japan and others. Our aspiration must be to become the most attractive center.”

Looking beyond the West to the Global South where China is seeking to expand its influence, he argues: “We must devote ourselves to cultivating binding power, forging new political alliances, concluding partnership agreements and offering open structures such as the international climate club. We need structures that are inclusive and not exclusive.”

The Connection To Europe Deters China

At this moment of transition, Germany is pivotal to the West because it is pivotal to China. We can’t know what is in Xi’s mind any more than in Putin’s. So being wary is warranted. But a case can be made that rapprochement between a German-anchored Europe and China may serve as an added deterrent to any adventurous moves against Taiwan.

If one looks at the intermediate horizon from Beijing’s perspective, Xi’s claim to omniscience as the Great Helmsman has been significantly weakened by his zero-Covid debacle. Rhetorical professions notwithstanding, he is stuck with the losing proposition of Putin’s war in Ukraine and the collateral damage to the global economy. All is lost with the U.S., where implacable hostility toward China has taken hold across the partisan divide. To remain a global power with the economic linkages that must entail, China can’t lose Europe. And that means not losing Germany. The invasion of Taiwan would cross Europe’s well-advertised flashing red line, close the only doors remaining open and blow up any chance of achieving rejuvenation at home.

It is in this frame that Germany’s rapprochement with China can be seen as a deterrent, not as tacit permission by the “soft” West to replicate what China’s leaders surely must now see as Putin’s historic miscalculation.

Germany’s Strategic Autonomy Within The West

When German leaders speak of strategic autonomy and diversifying out of dependencies, they are referring not only to Russia and China, but to the U.S. as well. While dependence on enemies or strangers breeds fear or apprehension, dependence on friends breeds resentment at the loss of autonomy among supposed equals. In these heady moments of NATO unity over Ukraine, America should not forget this long-harbored sentiment among Europeans.

Dissonance among like-minded nations is not betrayal or defection. It is a measure of that distance where interests do not easily coincide even if values do. This is not only the case with respect to China policy today, but also with the Inflation Reduction Act that would subsidize a broad array of green technologies in the U.S. to the detriment of imports from Europe. The European Union’s trade minister has warned that, paradoxically, the IRA could further shift Europe’s reliance on China’s market for its exports if shut out of the U.S. Both Europe and America are intent on curbing climate change, but the economic paths to get there are not always aligned.

As the German statesman, former chancellor and Nobel laureate Willy Brandt put it to me in the mid-1980s, when he opposed stationing American intermediate-range nuclear missiles on German soil, “partners are more reliable than subjects.” Mutual authors of their relationship have an interest in sustaining it to reach reciprocally agreed aims. Brandt told me then that it would never be in German interests to “say amen” before the Americans “even finished praying.” We should “read from our own text,” he intoned. Brandt also related what he had told President John F. Kennedy years earlier: “There would come a time when you will meet German leaders who will not take an extra bow when they enter the White House.”

Scholz’s Chinapolitik is an exercise in strategic autonomy by an ally that Washington should not only accept, but embrace. As plural centers of power consolidate across the planet, so, too, will there be multiple paths toward the same end of a stable, safe and secure world order that everyone wants.