HONG KONG — Leaders of Hong Kong’s pro-democracy Occupy protests are scheduled to begin long-awaited negotiations with representatives of the city government on Tuesday. But with the talks still hours away, protesters and anti-Occupy residents alike are pretty sure they know what’s going to happen.

“No results,” predicted Stanley Chan, an elderly demonstrator at the hotly contested Mong Kok protest site. “We know that there’s no room for negotiation with the Hong Kong government, no space to go further.”

Discussions between the government and representatives from the Hong Kong Federation of Students are set to be broadcast live Tuesday at 6 p.m. in Hong Kong. But many of Chan’s fellow protesters, as well as the fiercest critics of the demonstrators themselves, agree that the true power rests with the one party absent from talks: the Chinese central government.

Without China’s participation, those in Hong Kong are all but certain, Tuesday’s negotiations will go nowhere. 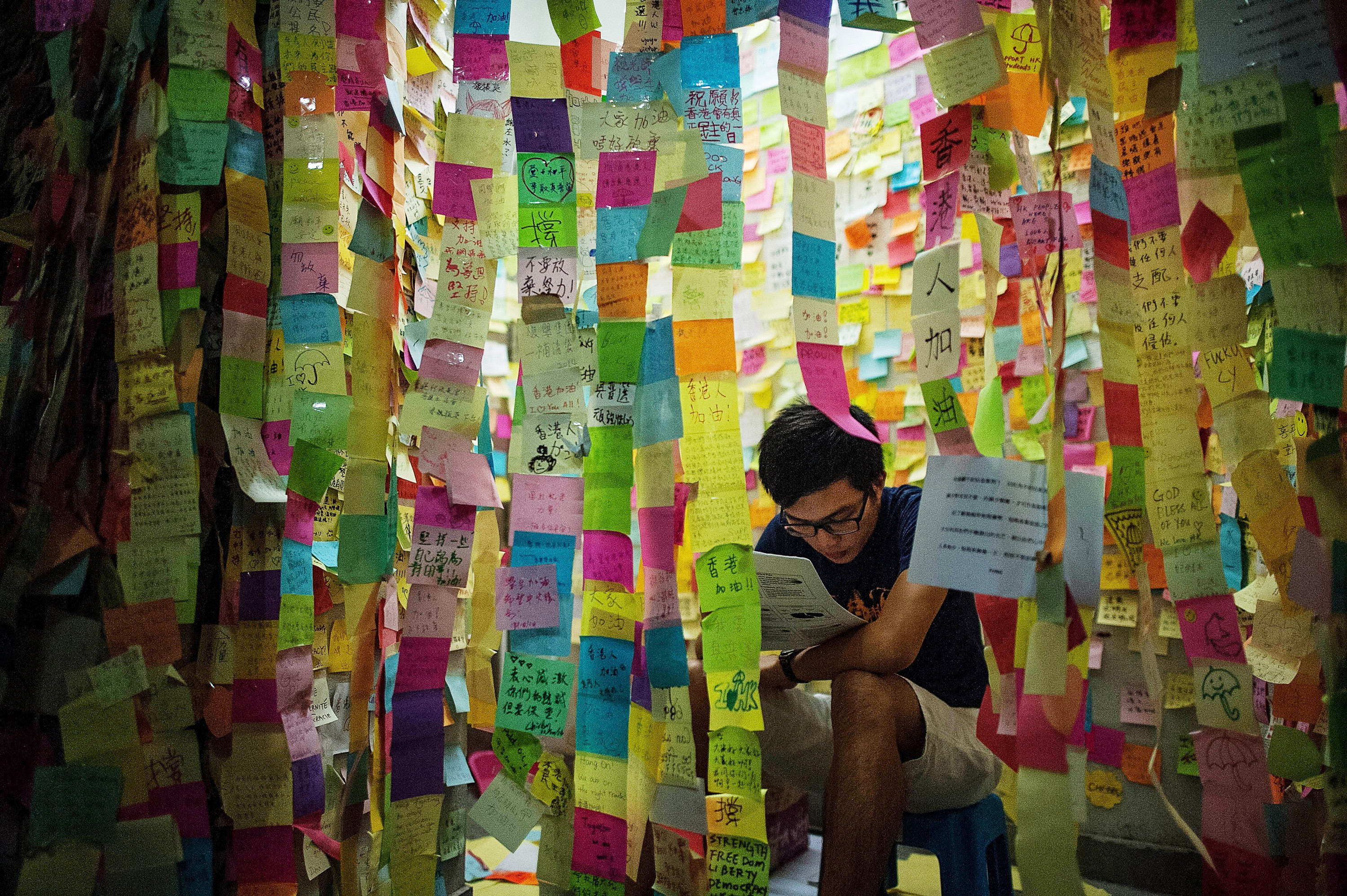 Participants in Hong Kong’s Umbrella Movement have occupied the areas surrounding the city government headquarters for three weeks, but few expect anything major to come of Tuesday’s negotiations.

The current round of protests was set in motion when China’s National People’s Congress announced that candidates for Hong Kong’s 2017 chief executive elections would have to be approved by a Beijing-controlled committee. Since then, protesters have seized several key streets in Hong Kong and demanded the ouster of Hong Kong Chief Executive C.Y. Leung — but many protesters say the tug-of-war over occupied intersections is in some sense a performance enacted for an audience 1,200 miles to the north, in Beijing.

The well-documented occupation has given the Umbrella Movement a large megaphone, and several protesters told The WorldPost that Tuesday’s televised negotiations represent the best chance for student leaders to make their case to fellow Hong Kongers. But when asked about the possibility of concrete advances, Chu was blunt: “I have no hope.” 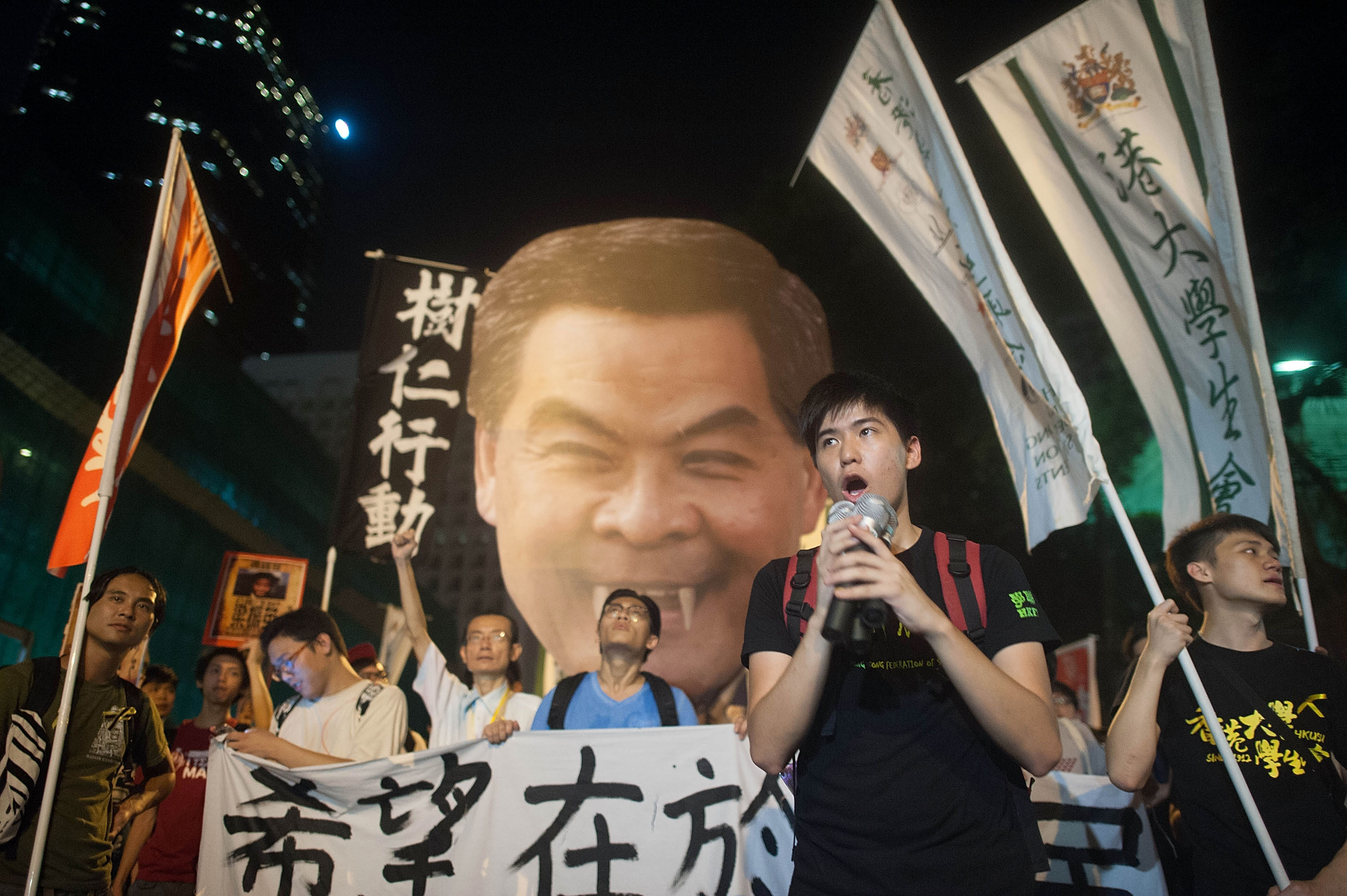 Demonstrators have called for Hong Kong Chief Executive C.Y. Leung’s resignation, but most believe that the true power lies with Beijing.

That sense of pessimism has angered some Hong Kong residents who have seen their daily lives and business patterns disrupted by blocked streets and sporadic clashes. Several onlookers in the Mong Kok neighborhood, many of whom say they were initially sympathetic to the protests, now declare that any political statements have already been made, and it’s time to clear the roads. Others simply dismiss the protesters’ cause outright, citing the intractability of the issue.

“These people are being so stupid!” said Frank Hui, a businessman who engaged Mong Kok protesters in a heated exchange Monday night. “Doing this and blocking that, and they still don’t see what the result is going to be. Do you think anything is going to come of it? Absolutely not.” 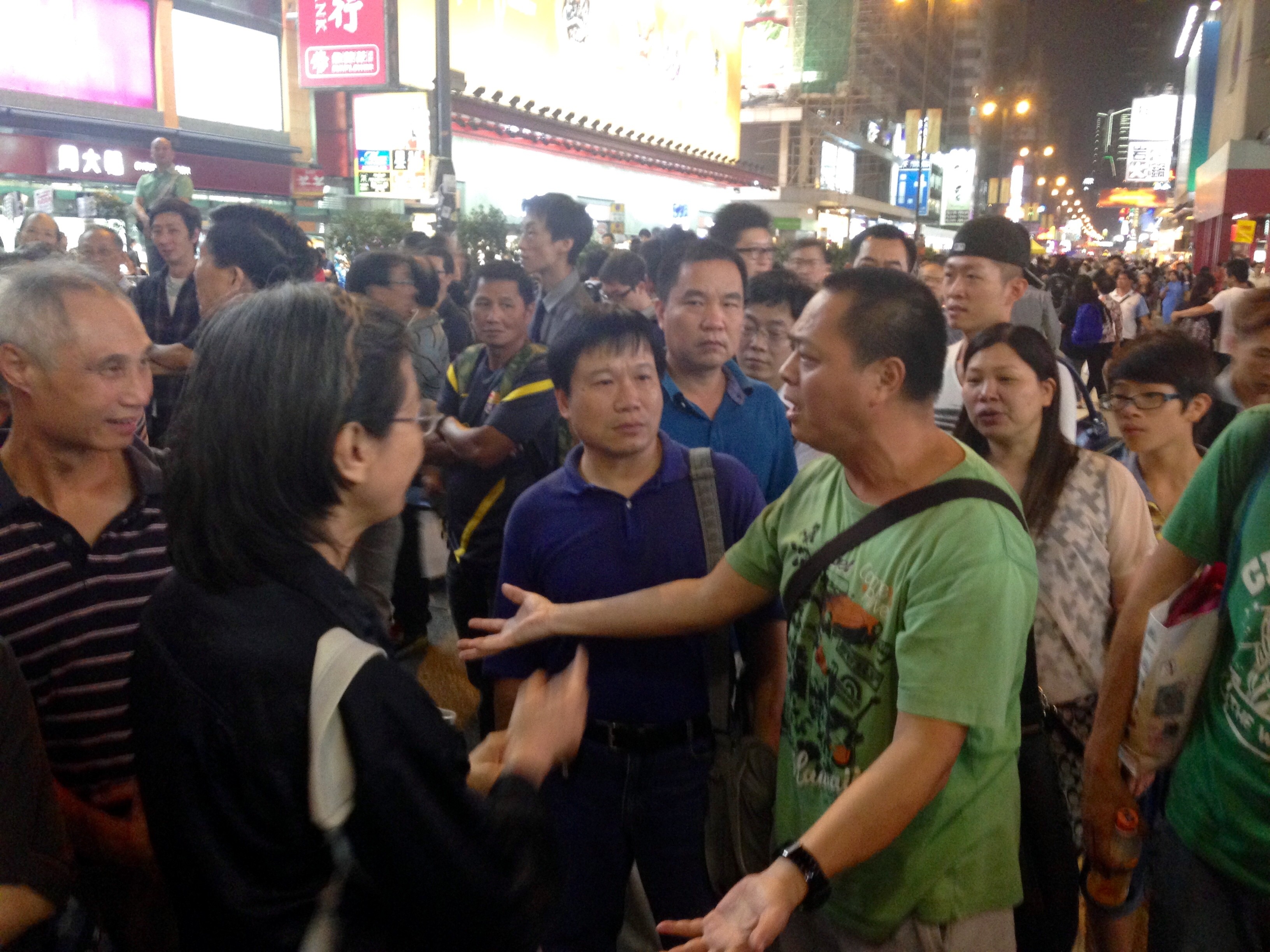 While many protesters agreed that Beijing probably won’t budge on the 2017 elections, they said they have hope that Hong Kong and its people are experiencing a transformation nonetheless.

“In this movement, what results have we achieved? Many citizens expressed their ideas and they all think we have achieved an awakening,” said Benny Tai, one of the leaders of Occupy Central With Peace and Love, at a rally Monday night. “This social awakening is already our fruit before we have reached genuine universal suffrage.”