Ernesto Zedillo, a professor of international economics and politics at Yale University, was president of Mexico from 1994 to 2000. He is also a member of the Berggruen Institute’s 21st Century Council.

Back in July, it would have been impossible to predict that the talks to renegotiate the North American Free Trade Agreement (NAFTA) would end as they did, first with a deal with Mexico on Aug. 27 and then with Canada on Sept. 30. Practically up until those dates, the United States had made outlandish demands, and while we will probably never know what motivated it to move away from its most recalcitrant positions, the important fact is that it did. Mexico and Canada did not cave to the U.S. government’s pretensions and preserved most of the important features of the old deal while the United States backed down.

Many of the U.S. trade representatives’ demands were so unreasonable that it gave credence to the idea that what the U.S. government really wanted was to get a deal that, far from promoting, would destroy trade and investment among its NAFTA partners. Yet, the Mexican and Canadian negotiators repeatedly expressed firmly and credibly that they would rather take the unilateral termination of NAFTA by the United States than sign an agreement that would have the same practical consequence.

Take, for example, the insistence on a sunset clause that would automatically end the new trade agreement every five years unless the three governments agreed otherwise. It was a feature that would have precluded the certainty for investors that these deals are supposed to provide. The negotiators settled for a rather convoluted formula, but one that at least avoids the sudden death of the agreement and makes certain it has an extended life.

The U.S. negotiators had demanded to make optional for the United States the NAFTA investor-state dispute settlement procedure, an important mechanism to protect American investments in Mexico. This demand was rejected all along by Mexico on the sensible basis that it is important to give foreign investors every assurance that they would not be subject to discriminatory or arbitrary actions if they decided to invest in the country.

By investing in Mexico, U.S. firms, in order to do some part of their fabrication processes at a lower cost, get to be more competitive not only in the entire region but also globally, allowing them to preserve and enhance job opportunities for their American workers. Consequently, it is good for the two countries that the mechanism to protect American investments in Mexico was preserved despite the U.S. negotiators’ originally declared intentions.

By the same token, the United States sought to eliminate the dispute-resolution procedure that protects exporters against the unfair application of domestic laws on anti-dumping and anti-subsidy duties. This was a deal-breaker for Canada, where there is sentiment that America has in the past abused the application of such measures against Canadian exporters. Canada’s perseverance paid off and its exporters will have recourse to the dispute-settlement system as it is in NAFTA.

U.S. negotiators had also been stubborn about getting Mexico to accept a special mechanism by which the United States could easily apply seasonal tariffs on Mexican exports of fruits and vegetables. Mexico would not assent to the inclusion of this mechanism, and in the end, the new agreement will not contain it — to the benefit of both American consumers and Mexican producers.

The only significant U.S. demand that Mexico and Canada accommodated was in the automotive sector, where more restrictive and cumbersome rules of origin will be adopted. For example, it was agreed that 75 percent of any car or truck produced will contain components from North America to qualify for tariff-free imports, up from the current level of 62.5 percent. Furthermore, 70 percent of the steel and aluminum used in that sector will have to be produced in North America, and 40 percent of a car or truck will have to be made by workers earning at least $16 per hour, a measure obviously calculated to put a dent in Mexico’s comparative advantage.

Fortunately, the destructive effects of the new rules of origin for trade and investment could be mitigated, at least in the case of cars, by the provision that vehicles failing to fulfill those rules would simply pay the low, most-favored-nation tariff of 2.5 percent as long as total exports do not exceed an agreed reasonable number of vehicles. This means that the tough initial American stance on cars fortunately got watered down.

Other things being equal, however, it is clear that the new regime will reduce both the regional and global competitiveness of the North American automotive industry, a result that will not be good for American, Canadian or Mexican workers. And other things may not be equal if the U.S. government decides to impose tariffs, as it has threatened to do, on vehicles produced by European or Asian companies. If the U.S. government were to impose those tariffs, the burden of the new regime would fall disproportionately on the American consumer.

As purported from day one, the trade agreement will be subject to an update on a number of topics such as digital trade, intellectual property rights, environmental policies and labor practices. Interestingly, the new provisions really are simply a cut-and-paste of what was contained in the Trans-Pacific Partnership, which was discarded early on by the Trump administration, a decision so damaging to American interests that it will always be a mystery for economic and political historians.

Finally, renaming NAFTA to USMCA, short for United States-Mexico-Canada Agreement — and so named presumably to put America first — would not deserve further comment if the new acronym were not humorous when translated into Spanish. It reads EUMCA. If you take into account that Mexico’s official name is Estados Unidos Mexicanos, then EUMCA could be interpreted as the deal between Mexico and Canada that prevented President Trump from tearing up NAFTA. At the end of the day, it was Mexico and Canada that won the hard-fought battle to preserve most of the original trade deal. 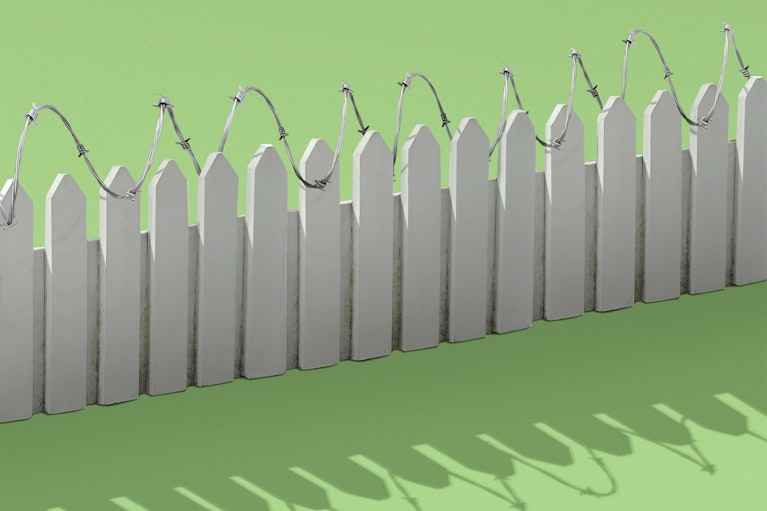