BEIJING –- Global advocates for free markets cheer each time China opens up a new sector of its economy to competitive pricing. But recent media reports reveal that market pricing has crept into an area that even the die-hard free market fundamentalists would recoil at: appointments of government officials.

China had 7.1 million civil servants as of 2012 (compared with around 260 million migrant workers), most of whom were initially chosen through highly selective entrance exams. But over the past two years, corruption investigations have shone a light on the widespread practice of gaining official posts through buying and selling appointments or promotions. The state-run Xinhua News recently ran an article on this phenomenon, using interviews with officials to provide what was effectively a how-to guide for purchasing a little chunk of power in China.

The article was quickly taken off the Xinhua site, but lives on across the Chinese Internet. Using that story as well as a number of other media reports, we put together some pointers to guide you in your quest to become a mid-level government official in China. Why would I buy myself a job as a Chinese government official? For many officials, the answer is identical to Willie Sutton’s legendary reply when asked why he robbed banks: “Because that’s where the money is.” Entering government service or receiving a promotion can open the door to new opportunities for graft, making it a sound decision to pay for a new posting.

For instance, local media in the border city of Shenzhen unwound the story of one low-level customs official who forked over approximately $55,000 in U.S. dollars for a promotion, a total that he could make back in just seven to eight months by smuggling kickbacks. 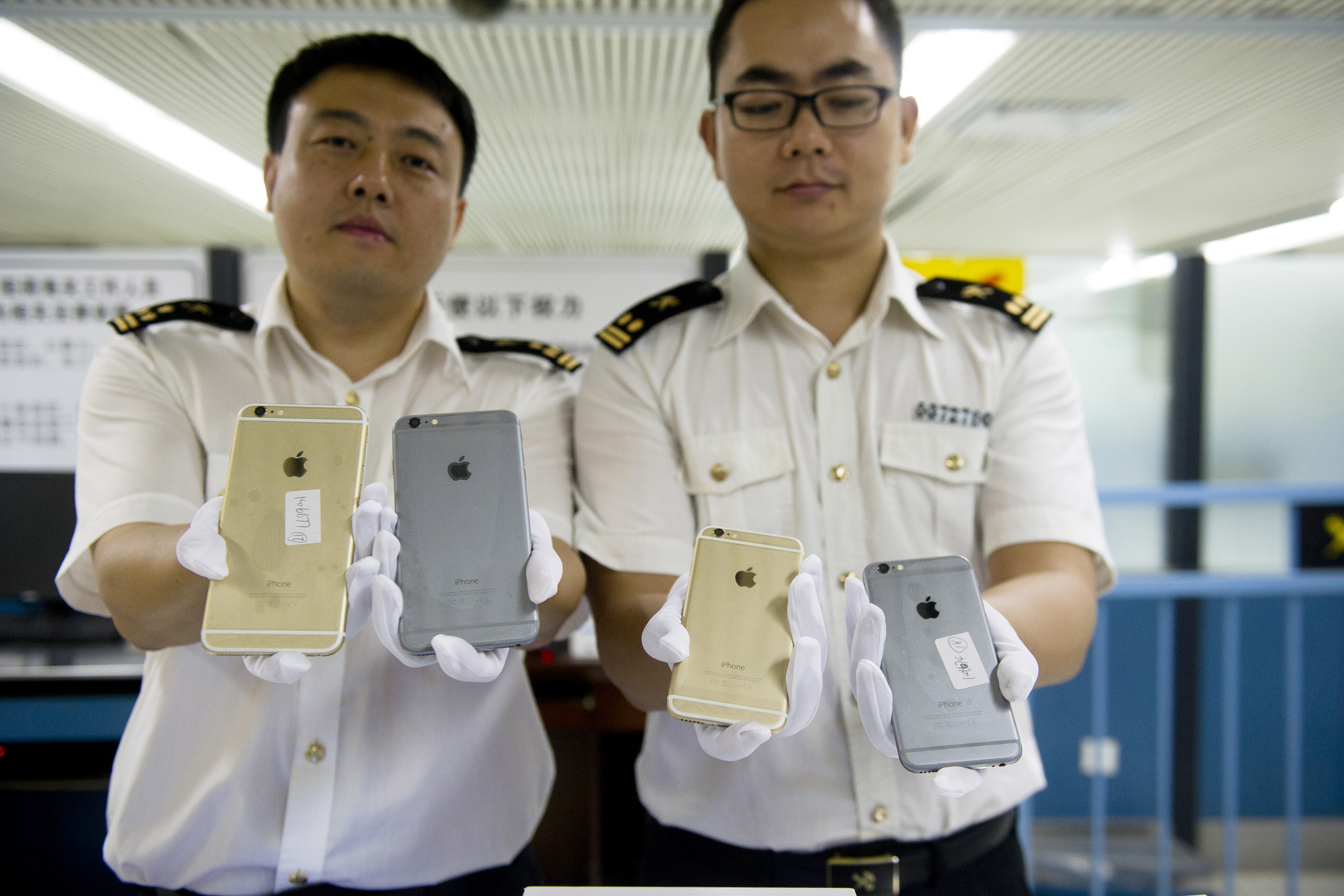 Customs work may not sound glamorous, but officers seizing (or not seizing) everything from iPhones to heroin have plenty of opportunities to skim. (ChinaFotoPress/ChinaFotoPress via Getty Images)

So how much would I have to pay to become, say, the vice-mayor of a Chinese city? Prices are far from standardized in bribery markets, but here are some reference points to keep in mind when budgeting: Now-disgraced official Nie Weidong reportedly paid around $160,000 to become the vice-mayor of Yima (pop. 160,000) in Henan province. Media reports quoted Nie bragging, “I never thought a vice-mayor position would be so cheap. I’d prepared over $300,000 but only ended up spending half of it to get the job done.”

According to news reports, Nie has since “gone missing,” and authorities have issued a warrant for his arrest. An official in the city of Maoming reportedly handed over $300,000 (with his resume and business card attached) in a bid to become the head of Maogang District (pop. ~460,000).

And The New Yorker reported in 2012 that Liu Zhijun, the former head of the Ministry of Railways, had planned to put together at least $64 million to buy a spot on the Chinese Communist Party’s Central Committee, the group composed of the party’s top 200 national leaders. Liu was taken down in a corruption investigation and is currently serving a commuted death sentence. 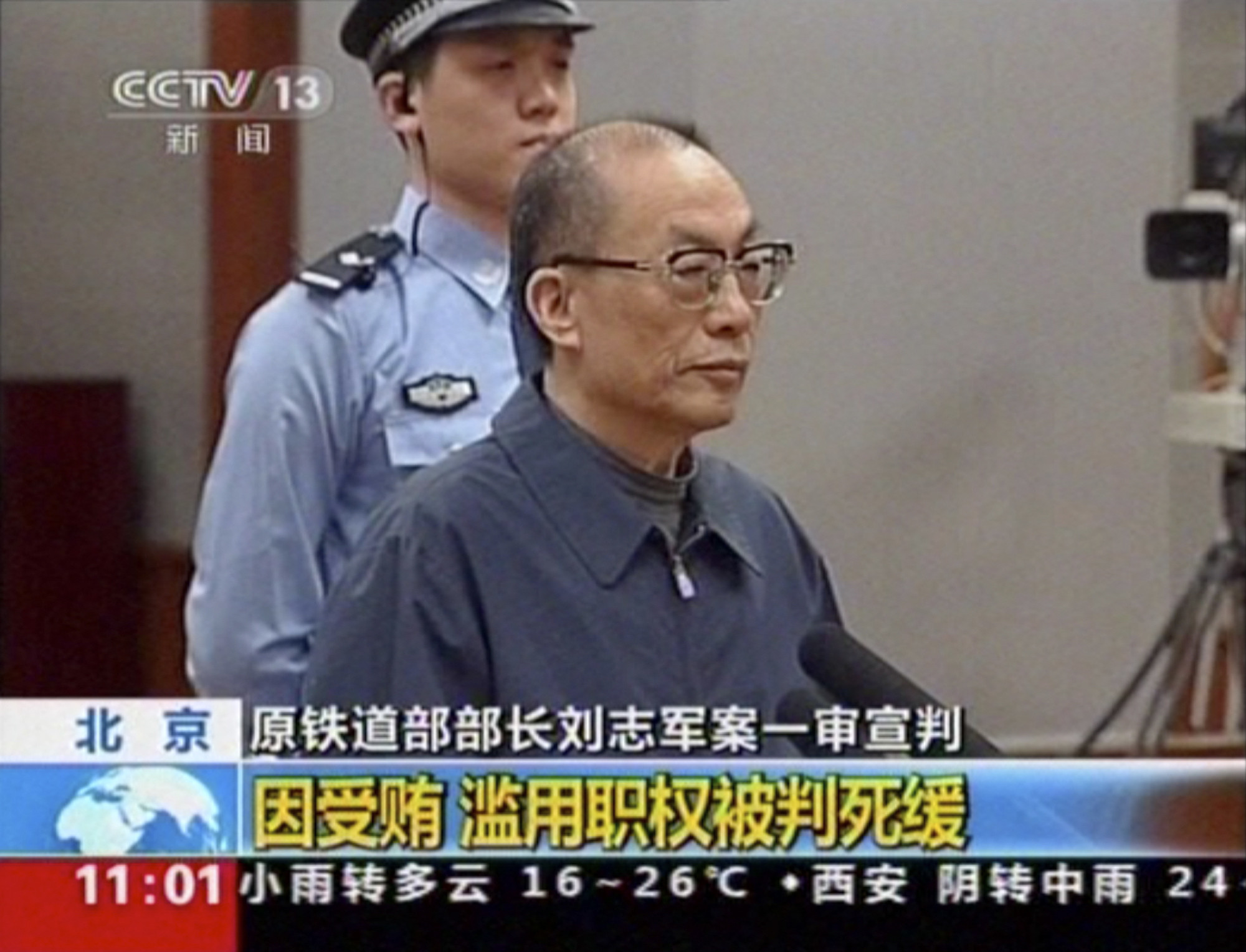 Liu Zhijun went on trial for corruption during his time leading the Ministry of Railways. Liu was reportedly gathering money to bribe his way onto the CCP’s Central Committee. (AP Photo/CCTV via AP Video)

How do I even get my hands on that kind of cash? Reports in Chinese media suggest at least three different strategies:

1. Sell off some of the luxury houses you’ve accumulated (through graft).Chinese officials are infamous for investing their piles of cash in real estate — it’s a good way to avoid the common problem of piles of money rotting in one’s home. For these house hoarders, it’s often merely a matter of reinvesting your corruption dividends (say, a dozen homes) in your company stock (aka, your career). 2. Pool “campaign donations” from businesses that you will reward in your new post.Officials familiar with American politics in the post-Citizens United era may opt to fundraise from business interests in their bid for a higher posting, returning the favors once they obtain the position. Sure does sound familiar…

3. Take out a loan from the bank.Those new to the game may take this more traditional route. How and when do I hand over the cash? The Xinhua report describes two types of payment plans:

1. InstallmentsFor those playing a long game, all Chinese holidays, as well as weddings and birthdays, are occasions for handing over “red envelopes” –- envelopes stuffed with cash that are traditionally given to newly married couples and children during the holidays. According to media reports, these envelopes usually contain between $2,000 and $10,000, and are given out at least three times per year, often during holiday visits to an official’s home. 2. Shock and aweIn this approach, the contender will flood the decision-maker with cash at key times: during the 5-year promotion cycles, for instance, or when the decision-maker is likely in need of cash, such as when tuition is due for a child studying overseas. Will I get caught? What happens if I do? It’s only when officials are caught red-handed that we ever hear about the selling of posts, so it’s impossible to say what your pot odds are on getting away with it. On a recent inspection tour of 47 different bureaucracies (provincial governments, state-owned enterprises, universities, etc.), anti-corruption officials found five agencies where post-selling was rampant. If caught, the punishment can range from a slap on the wrist to lethal injection.

Detailed accounts of unsavory dealings have made the rounds in recent months, and anti-corruption officials have proclaimed that they will show no mercy in combatting the practice. For now, though, it remains to be seen whether they’ll be able to root out a habit that some say dates back to China’s first emperor, or whether the proclamations and follow-through will mirror the Chinese idiom: Loud thunder, small raindrops.