We can innovate local elections to more intimately and accurately capture the political will of everyday folks. 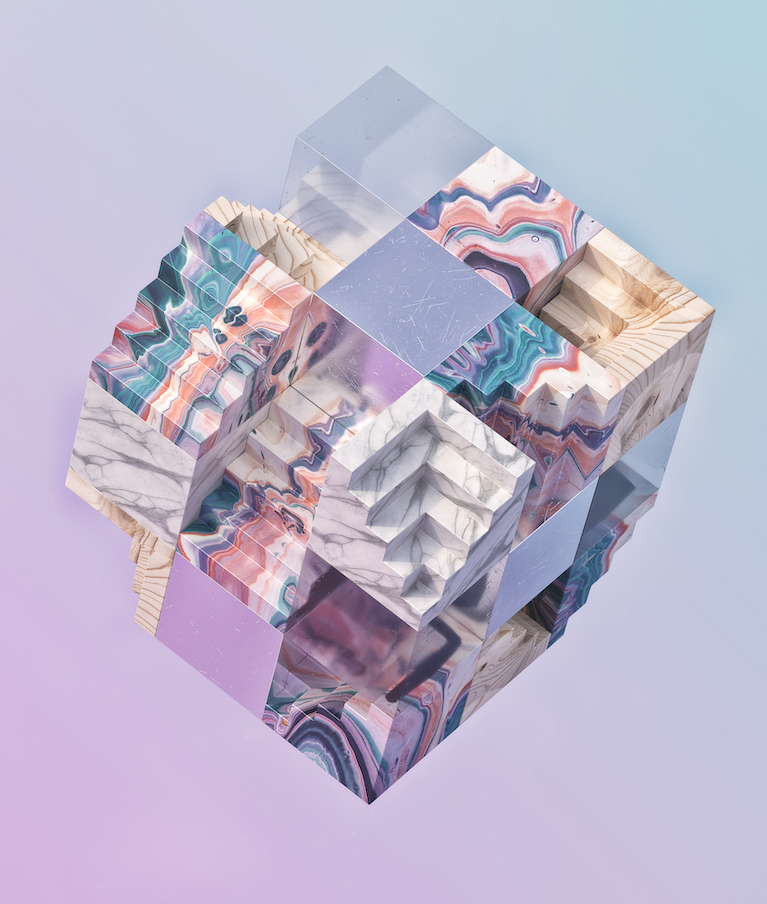 philiplueck for Noema Magazine
Credits
Eli Zeger is a writer and musician. He has previously written about quadratic funding and quadratic voting for the RadicalxChange Foundation.

Recent years have offered no shortage of bleak voting rights headlines, with Republican state legislatures cracking down on mail-in voting and Democrats in the U.S. Senate dawdling over how to redress the issue. But amid all that dysfunction, lower-case “d” democratic innovation is thriving on the city government level. Take the most populous city in the U.S., which could be a bellwether for electoral reform around the country.

New York City has already implemented measures to boost grassroots campaigns and to push local democracy toward better reflecting voters’ nuanced political preferences. The city’s public matching funds program, established in 1988, diminishes the sway of corporate donors by matching small-dollar donations from New Yorkers to participating candidates — currently at a rate of up to $8 to each dollar. And with the introduction of ranked-choice voting in June, voters were able to more fully express their preferences at the ballot box.

These measures seek to intimately and accurately capture the political will of everyday folks. But where could democratic innovation go next?

To reward candidates whose ideas really resonate with the electorate, matching funds should be determined by the number of people who donate, not the total number of dollars that are donated. In addition, a form of voting that’s even more nuanced than ranked-choice could improve public trust in city hall.

That’s why local politicians and activists should consider pushing for quadratic funding and quadratic voting, two systems that apply the logic of market competition to elections in order to empower citizens and lay the groundwork for a more egalitarian future.

In its present incarnation, New York City’s public matching funds program doesn’t reward the most popular candidates, just the candidates whose supporters can afford to spend the most. While there are limits on how large a citizen’s donation can be to qualify for the program, candidates who appeal to a wealthier demographic can manage to rake in a disproportionately large amount of matching funds.

This oversight may simply be a matter of logistical complexity — it’s easier to set a dollar-to-dollar ratio than to keep track of the total number of donors. Since the program first launched, the City Council has deliberated a higher ratio roughly every 10 years. But it’s possible to replace this system with a self-modifying mechanism based on the number of donors, empowering candidates who appeal to a broader number of people who may individually have less cash to spend.

Quadratic funding is an algorithm-powered method invented by economist Glen Weyl, Ethereum founder Vitalik Buterin and Zoë Hitzig, a PhD candidate in economics at Harvard. (Full disclosure, I worked as a contractor for the nonprofit Weyl founded, the RadicalxChange Foundation.) QF has been embraced by the blockchain community as a means to subsidize projects within the Ethereum ecosystem. The open-source company Gitcoin uses the mechanism as part of its grants initiative, as does the protocol clr.fund to support projects related to the Ethereum blockchain.

If adopted, QF’s ripple effects would likely be most apparent in City Council elections, where the threshold to qualify for matching funds is the smallest of all municipal elected office positions. The current system allows a candidate to be rewarded more than a competitor in their district on the backs of fewer supporters.

“Democratic innovation is thriving on the city government level.”

Say that Candidate A has an average donation of $70 from only 100 constituents; they would garner more matching funds than Candidate B who has an average of $30 from 200 constituents. QF would correct this by rewarding more funds to Candidate B, who has double the supporters of Candidate A. Since the magnitude of quadratic funding varies according to both donation frequency and the available budget for the matching pool, the funds-matching ratio would essentially adjust itself.

In this way, QF has the potential to empower hopefuls whose platforms align with the interests of the working class. The mechanism would make it easier for campaigns to build support with a wider range of local donors, since they would no longer need to meet an average donation value that might otherwise be out of peoples’ budgets (the minimum amount to qualify is at least 75 separate donations of $10 for City Council). Plus, with a secure online portal to facilitate the process, campaigns would avoid the hassle of soliciting paper contribution cards.

And QF’s applications aren’t limited to voting on candidates and ballot initiatives — it could also be used to decide how city funds are allocated. Since 2011, New Yorkers have voted on how a portion of their tax dollars will be spent through the city’s participatory budgeting program (PBNYC). Over the course of nine months, locals strategize with their elected council members on how to allocate a set number of aggregated taxpayer dollars toward public goods in their neighborhoods, such as improvements for local parks and public schools. As of 2019, 33 of the city’s 51 council members have implemented PBNYC in their respective districts (though the program was mostly suspended the last two years due to COVID-19).

Launching a QF application for participatory budgeting akin to the one for matching funds could open up a whole host of possibilities. It could, for example, allow locals to vote on a broader range of public goods — and maybe even private projects eligible for public subsidies — with their own dollars from their tax returns.

Another concept co-created by Weyl could build on the success of ranked-choice voting to capture and convey the electorate’s preferences with greater precision. Quadratic voting corrects the methodology of elections that lead to multiple outcomes without compromising the principle of one person, one vote. It doesn’t necessarily comport with elections that determine a single winner; it’s advantageous when multiple are at stake.

This actually wouldn’t be a completely new phenomenon for New Yorkers — in fact, it echoes the electoral system used for city council elections in the Five Boroughs between 1936 and 1947.  Following public pressure during the 1930s, city council elections were expanded beyond individual districts to boroughs at large to accommodate for proportional representation. This change allowed New Yorkers to elect multiple winners per borough via ranked-choice, with each candidate needing at least 75,000 votes to cross the finish line.

It also allowed voters to express their political preferences outside of the restrictive two-party system, which explains how socialists and communists won seats during this period. Democrats, who previously held a supermajority that veto-proofed their legislation, realized they had to caucus with these outsiders and pass meaningful policies in order to keep their seats or risk making the case for electing more leftists.

“This system allows members of the electorate whose politics don’t fit into a neat box to truly vote their conscience.”

Citizens could afford to be more involved with democracy and their community because they had multiple representatives to go to — every elected official in the borough was accountable to them, not just a representative in a narrow district. No matter their party affiliations, the politicians of the 1930s and ‘40s had a greater obligation to compete for votes and cultivate an active, welcoming relationship with their entire borough’s constituency. Even voters with what today would be characterized as a “blue no matter who” attitude likely felt less conflicted about swapping out a cavalier Democrat for a diligent third-party candidate, so long as there were already proactive Democratic council members to balance the partisan mix.

With both multi-winner and single-winner ranked choice, each person’s vote only ends up with one candidate. Quadratic voting, on the other hand, allows each individual voter to distribute segments of their vote among multiple candidates, more fully articulating their preferences while still only casting just one full vote.

How is this possible? Each individual’s one vote would be divided up, like a pie chart, into a series of “voice credits” that they can use to allocate support to different candidates or ballot items. The quadratic allocation of voice credits determines how big a slice of their vote an individual may give to a candidate. In order to vote, individuals would use an automated QV application such as the one developed by Weyl’s nonprofit, RadicalxChange.

It takes four credits to put down two fractions of the vote — we’ll call them “subvotes” — nine to put down three and so on until you run out of credits or the QV application can no longer square root them. Voice credits quadratically diminish when you put them down on just one ballot item, incentivizing voters to spread out their credits across many ballot options and lend their partial support to candidates across the political spectrum. This system encourages cross-partisanship, reduces polarization and allows members of the electorate whose politics don’t fit into a neat box to truly vote their conscience.

A Market For Public Service

The forms of democratic innovation described here will have their detractors. Naturally, they’ll be the same ones who’ve deplored ranked-choice voting. Pundits and political consultants have claimed it’s too confusing, reduces civic engagement and betters the chances of extremist politicians. However, on the original 2019 ballot measure to establish a new electoral system, roughly 3/4 of those who responded supported the switch from plurality voting to ranked-choice, with more than 510,000 people voting in favor. That’s over 100,000 more than the total votes received by Mayor Eric Adams — himself a vocal opponent of ranked-choice — in the Democratic primary this past summer.

It’s not hard to imagine critics raising similar fears about quadratic voting — that it is too complex, will deter voters and empower demagogues-in-waiting. But, on the contrary, it promises to stoke more intense competition between elected officials, as well as stronger coalition-building among third-party contenders, because each candidate will find themselves accountable to a broader group of potential voters. It would push candidates to distinguish themselves in terms of how responsive they are to their constituencies — or, put differently, on the basis of how much of a public servant they are in the purest sense.

“On the cutting edge of voting rights, these mechanisms will emphasize the most participatory aspects of democracy.”

In addition, critics may worry that quadratic funding is prone to exploitation, yet it can be less vulnerable than public matching funds in its current form. The current system requires an intensive process for verifying donor identities so that only individual New Yorkers can donate, and thus trigger matching funds, one time. Still, it isn’t foolproof: This past election cycle saw a local real estate businessman create fake voter identities in order to defraud matched dollars on behalf of a comptroller candidate. If the program adopted an open-source QF application similar to the one for Gitcoin Grants, which deploys an algorithm to detect whether someone is attempting to forge multiple identities, fraudsters like the businessman would be an even slimmer possibility.

More than anything, these criticisms of QF and QV would likely be driven by anxieties about how reforming establishment politics would reorient the status quo of class privilege in the Big Apple. It doesn’t help the elitist naysayers that the local mood appears to favor politicians who promise to make government work for everyday people. The recent City Council elections ushered in a significant bloc of members who ran on redistributive policies like strengthening tenants’ rights and subsidizing underfunded public goods with money from the police budget.

The progressive momentum is already there, and QF and QV would accelerate it. On the cutting edge of voting rights, these mechanisms will emphasize the most participatory aspects of democracy — and with it, its egalitarian promise.