Hyperconnected Culture And Its Discontents

Digital connectivity’s democratizing impact on the production, circulation and consumption of culture has been greatly exaggerated. 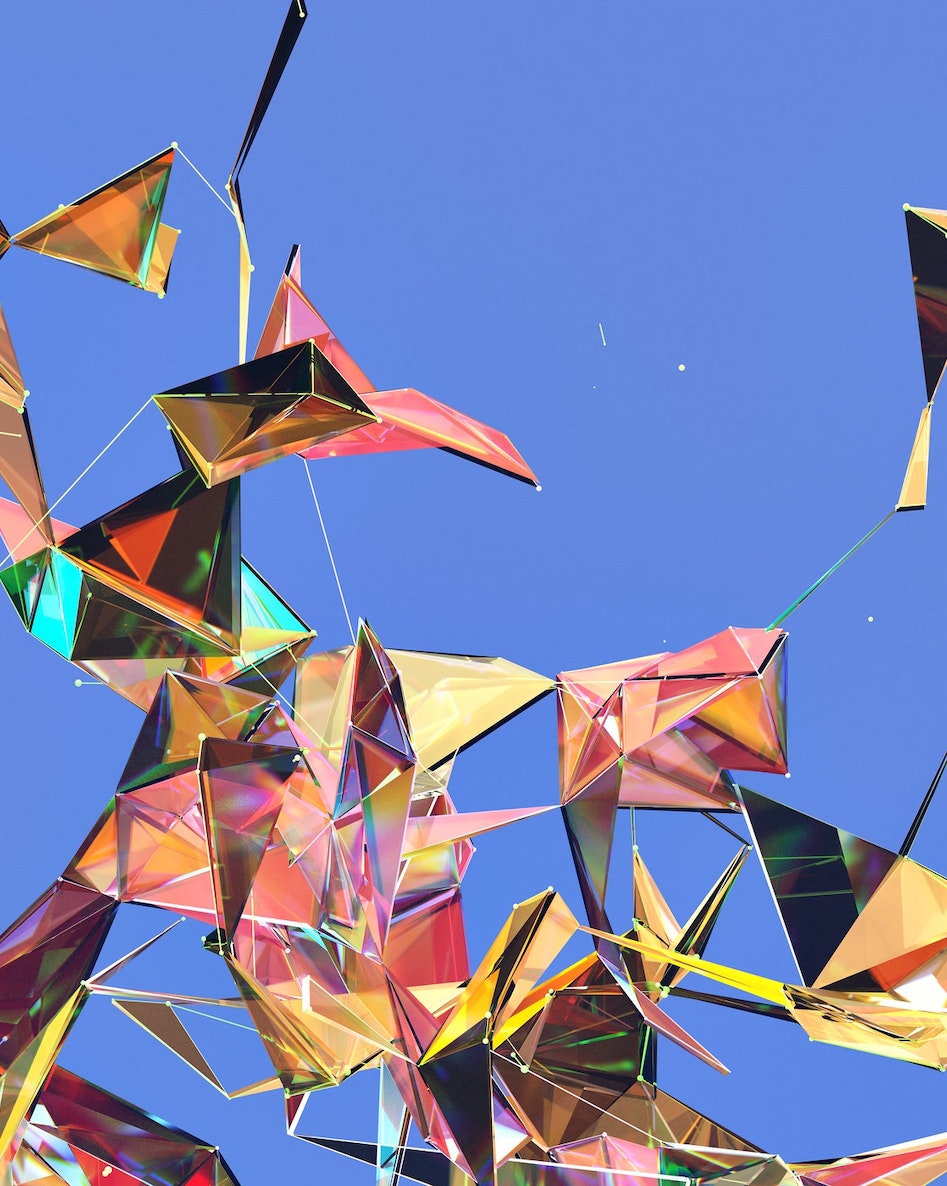 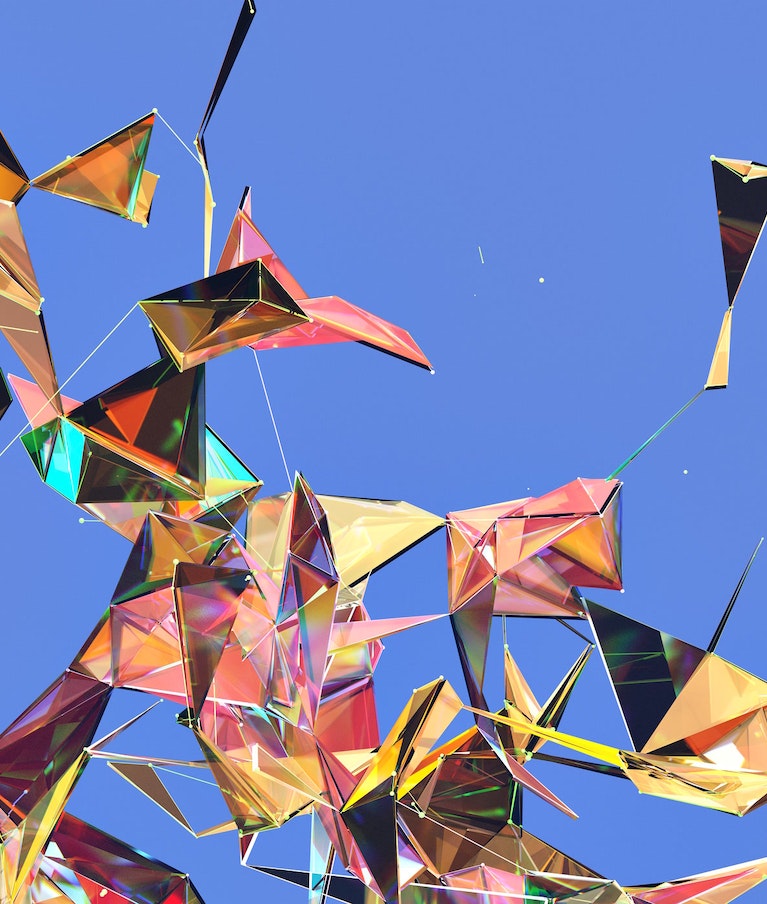 Rogers Brubaker is a professor of sociology at UCLA and the author, most recently, of “Hyperconnectivity and Its Discontents” (Polity, 2022), from which this essay is adapted.

Digital hyperconnectivity — the condition in which nearly everyone and everything is connected to everyone and everything else, everywhere and all the time — has colonized the self, recast social interactions, reorganized the public sphere, revolutionized economic life and converted the whole of human culture into an unending stream of digital content served to us by personalized algorithms.

But while disenchantment with the political and economic ramifications of hyperconnectivity has been gathering force, with dreams of digital democracy and the sharing economy curdling into a nightmare of polarization and “platform capitalism,” enthusiasm about digital culture remains vibrant. Hyperconnectivity in the cultural realm promises abundance, decommodification and democratization. Everyone has at their fingertips an infinitely rich and varied universe of cultural products. New cultural forms and innovative practices have proliferated. Much digital culture is freely shared rather than bought and sold. And ever-expanding circles of people are actively involved in the production and circulation as well as the consumption of culture.

Digital abundance is a mixed blessing: exhilarating, yet flattening and homogenizing. Culture is converted into “content” that blurs together as it flows through the same conduits and across the same interfaces in an endless stream. As we struggle to keep abreast of the accelerating flow of content, drawn by the perpetual lure of the new, we come to know less and less about more and more.

The promise of democratization would seem to have been most fully realized in the domain of cultural production. Inexpensive and user-friendly digital tools for manipulating text, images and sounds — think Photoshop or GarageBand — have dramatically broadened access to the means of cultural production and blurred the lines between amateurs and professionals. But the question is not just how many people engage in cultural production — it’s how people engage. The AI music company Amper promises to help customers “create your own original music in seconds.” The creativity involved is rather attenuated, amounting to editing and tweaking the music generated by the AI, but that didn’t stop Amper co-founder Drew Silverstein from evangelizing in a TED talk about how AI can “democratize music” by enabling “anyone to express their creativity through music.”

“Digital abundance is a mixed blessing: exhilarating, yet flattening and homogenizing.”

What would it mean to democratize cultural creativity? TikTok enables and invites the pointed, witty, playful, allusive, zany and endlessly inventive combination of video, music and text. But the creative energies of its more than one billion users are circumscribed and channeled by the architecture of the platform.

TikTok’s spectacular success in enlisting consumers as producers depends on making production astoundingly easy. A user can create a new video — the overwhelming majority of which, reflecting the platform’s memetic logic, riff on other TikToks — in a matter of seconds with a few taps on the screen. You just grab a song extract (from an existing video or a library of pre-cut extracts), choose a filter, shoot the video, select an “effect” (distortions, clones, “green screen” backgrounds, augmented reality effects that interact with the videographer’s environment and so on), sprinkle on a few hashtags — and post. Some invest a lot of time and skill in crafting TikTok videos, but neither time nor skill is required. If TikTok “enables everyone to be a creator,” as its former mission statement proclaimed, this is because creative labor on the platform has been automated and deskilled.

The digital media scholar Jean Burgess has identified a key tension in technology design between “usability” and “hackability,” the former emphasizing “easy access to a predetermined set of simple operations” and the latter open-ended manipulability and scope for “complex experimentation.” TikTok and many other digital tools and platforms encourage broad participation by making them extremely easy to use. This is an old idea. “You press the button, we do the rest,” was George Eastman’s slogan for the new Kodak portable camera in 1888.

Yet the cultural dominance of the iPhone — and the transformation of the open internet into “walled gardens” and apps focused on simplifying the user experience — has taken the “triumph of seamless usability” to a new level. This “tyranny of convenience,” to borrow Tim Wu’s phrase, should sensitize us to what may be lost when democratization proceeds through deskilling.

In a celebratory 2005 account of the participatory efflorescence enabled by the web, Kevin Kelly, the founding editor of Wired, envisioned a near future in which nearly “everyone alive will … write a song, author a book, make a video, craft a weblog and code a program.” But what will it mean to write a song when automation, deskilling and frictionless convenience are pushed even further? Truly democratizing cultural creativity, one might argue, would promote the development of skills and capacities rather than minimize the need for them.

The circulation of cultural goods would seem to have been democratized by the diminished power of gatekeepers such as publishers, galleries and critics. Open digital platforms welcome all user contributions; they may bar content they deem inappropriate, but they do not filter contributions based on judgments of quality or marketability. This creates new ways for talent to emerge and content to circulate.

But publishing something on a digital platform does not mean it will be seen. Anybody can speak, but in an increasingly saturated cultural environment, nobody may be listening. Gatekeepers may no longer control what gets published, but algorithms control what gets circulated. Who sees what — in the domain of culture as well as news and commentary — is governed by opaque and proprietary software.

Commentators had anticipated that the newly-level playing field of digital culture would replace the winner-take-all logic of the blockbuster with a more egalitarian distribution of attention, enabling small and previously unknown cultural producers to thrive, each with their own niche audience. Researchers have found instead that the distribution of attention remains highly unequal across a wide range of digital contexts, ensuring the hypervisibility of a few and the invisibility or near-invisibility of the great majority. The winner-take-all (or winner-take-most) logic, sustained in part by algorithms that ratify and reinforce what is already popular, remains as entrenched as ever.

Hyperconnectivity democratizes cultural consumption — so the argument goes — by making it self-directed and active rather than other-directed and passive. Instead of being fed from above a limited diet of standardized cultural products, everyone — not just a minority of highly educated omnivores — can now craft a varied and customized cultural diet from the digital cornucopia. People create these customized diets by sharing the work of “curation” in differentiated niche taste communities. This collective work is carried out in networked virtual public spaces, in which participants exchange discoveries, suggestions and assessments.

Vigorously participatory curatorial subcultures certainly exist, but in practice, they require too much time and energy to have a broad appeal. People enjoy sharing their discoveries with friends, and they may at least occasionally rate and review items. But most people, most of the time, leave the hard work of curation to others — or to algorithms.

For most, the pleasures of digital cultural consumption are uncoupled from the exertions of curatorship. Today’s digital consumers are no longer being fed a limited diet of standardized cultural products, but they are still being fed. Consumption may be personalized, but it would be a stretch, in most cases, to call it self-directed — and it is not necessarily more active than pre-digital forms of “mass” cultural consumption. Even Yochai Benkler, an enthusiastic proponent of participatory digital culture, felt obliged to acknowledge the continued “prevalence of the culture of passive consumption.”

Spotify, for example, has invested heavily in its own curation services — both algorithmic and human — after finding that many of its listeners were baffled by superabundance, burdened by excessive choice and uninterested in charting their own paths through the digital wilderness. And while TikTok has successfully recruited users as producers, it has also perfected a fully passivized mode of consumption: Its algorithmic “For You” feed seems to offer an irresistibly gratifying and uncannily personalized stream of videos that requires no choice whatsoever by the consumer. All you need do is occasionally tap a heart icon or flick a finger to skip an unengaging video.

“Commerce and culture are locked in an ever-tighter embrace.”

Cultural populists, to be sure, tell a different story about the democratization of consumption. They are less concerned with self-directed, active consumption than emancipating people from elite cultural tutelage. If the TikTok algorithm delivers what people like and want, that makes it democratic in their eyes.

But popularity cannot be the sole criterion of cultural democratization. Just as the democratization of creativity would enable people to develop their skills and capacities, so the democratization of consumption would enable them to develop their tastes, interests and knowledge. A democratic cultural politics would be developmentalist — oriented to learning, growth and discovery — rather than presentist. All kinds of resources made available by digital hyperconnectivity could support such a developmentalist cultural politics. But the algorithms that feed us what we like or register what is popular — and thereby performatively amplify that popularity — are oriented to the here and now.

Moreover, as the critic Rob Horning has argued with respect to TikTok, algorithms do not simply discern what we want and serve it to us; they train us to want what they can serve us. Successful platforms do not just discover what consumers want — they produce the consumers and the forms of consumer desire that they need.

Of course, this is not specific to the digital economy; it is an abiding feature of capitalism, understood as a system not only of satisfying, but also generating wants. To the extent that preferences are endogenous — shaped by the systems that claim simply to respond to them — the satisfaction of preferences cannot serve as an independent normative standard. When algorithms that are portrayed as responding to our desires are in fact tuned to optimizing (and thereby monetizing) our “engagement” with the platform, the resultant pattern of cultural consumption is anything but
democratic.