SPLIT, Croatia — When the news broke last week that it was all but certain that the U.S. Democratic National Committee’s email had been hacked by Russia, it was surprising to me that anyone was remotely skeptical that Russian President Vladimir Putin’s regime would do such a thing. Putin has been heavily investing in and aggressively using propaganda and intelligence forces for years.

Then came the response from the Republican nominee for president, Donald Trump, who was already coming under fire for his affinity for Putin and for having a staff sprinkled with people with Kremlin connections. Trump gleefully boasted that his “friends“ were helping him with the DNC hack and then called on the hackers to carry on by turning their attention to Democratic presidential candidate Hillary Clinton’s emails.

As outrage mounted, Trump tried to pass off his treasonous appeal as a joke, convincing only his most devoted fans. What is no joke at all is how Trump doubled down on his admiration for Putin and continues to entertain policies that come straight off the Kremlin’s wish list, like lifting U.S. sanctions on Russia and recognizing Russia’s illegal annexation of Crimea.

The question is how much Putin and his oligarchs have invested in Trump — and what sort of returns they hope to gain on this investment.

The media is also hot on the trail of Trump’s financial connections to Russia. He attempted damage control by proclaiming he had no investments in Russia, but of course this isn’t the point at all. The question is how much Putin and his oligarchs have invested in Trump — and what sort of returns they hope to gain on this investment.

Russia’s invasion of Ukraine in 2014 was an exception to Putin’s usual modus operandi. Putin is a KGB guy — famous for saying “once KGB, always KGB” — not a military man. He prefers to operate in the gray areas of covert action, intimidation, extortion and influence peddling. From energy and economic blackmail to political meddling and a huge global propaganda network, the Kremlin is waging a shadow war. 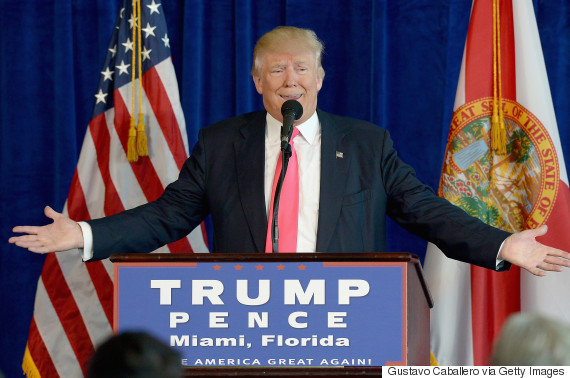 Trump at a press conference in Florida on July 27. (Gustavo Caballero/Getty Images)

It’s clear to any observer that a considerable amount of resources have gone into backing Trump’s candidacy, starting with the GOP primary and continuing now in the contest against Clinton. Russia’s international media outlets, led by Russia Today, have a dystopian vision of America and promoting Trump comes naturally. Russia’s armies of online trolls praise Trump and slander his critics on the web with a fervor that is usually reserved for Putin.

But Putin’s support for Trump isn’t ideological — it’s practical. This is where the pundits go wrong — when they look to attach sophisticated motives to Moscow’s meddling. Putin wants to stoke chaos and discord in the West and in the free world alliances he has chosen as his enemies — NATO, the European Union, the World Trade Organization and above all the U.S. A “Manchurian candidate” Trump may or may not be, but there is no doubt he is extraordinarily disruptive and unpredictable. He already has American allies around the world nervously making plans in case he’s elected.

A ‘Manchurian candidate’ Trump may or may not be, but there is no doubt he is extraordinarily disruptive and unpredictable.

I should point out that I’m no fan of Clinton and her own weak record on Russia as secretary of state. Trump, however, is in an entirely different category of danger. His embrace of Putin is emblematic of his authoritarian character and terrible judgment.

The DNC hack should be considered a serious threat to national security with grave implications for what Putin may do next. His meddling in Europe — pushing Brexit through his propaganda machine and supporting far-right parties — is one thing, but if he can help put Trump in the White House, it would be his greatest coup yet. Why stop at a trivial hacking operation, especially since he seems unlikely to face any consequences for it? 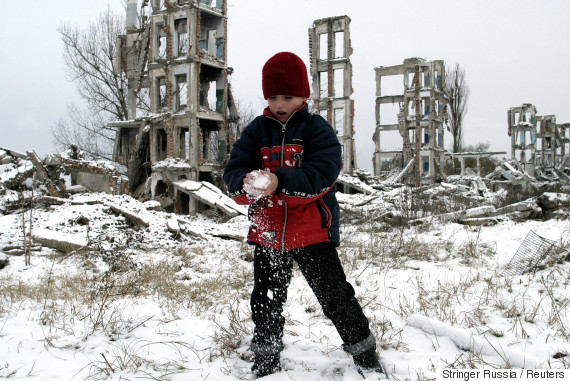 A boy plays with snow near ruins in Grozny on Jan. 8, 2006. Grozny was almost entirely destroyed by Russian bombing in 1999. (REUTERS/Said Tsarnayev)

Putin has already demonstrated what he is willing to do in order to sway an election — his own in 2000. Back then, the average Russian couldn’t understand why so many lives and so much money were being thrown away in a gruesome civil war in Chechnya. But a series of apartment bombings in September 1999 killed nearly 300 people and turned Putin, who was then prime minister, into a popular public figure for the first time. He gave rousing speeches and swore revenge on the Chechens in profane tirades that would’ve done Trump proud.

Evidence since then has led many — including me — to suspect that Russia’s federal security forces may have been involved. For most, the idea of doing such a thing for political gain is too horrific to contemplate — even for a regime bombing much of Chechnya, reducing its capital to rubble and killing thousands of Russian civilians in the process. Dirty tricks in modern American politics peaked with Watergate. What I am attempting to describe is very different.

The focus should be on sending a message to the perpetrators of the DNC hack that there will be serious consequences for any further interference.

In Putin’s Russia, there are no politics, and people are routinely jailed, tortured or killed for criticizing the regime. My friend and opposition colleague Boris Nemtsov, a former first deputy prime minister under Boris Yeltsin, was murdered last year within sight of the Kremlin. Internationally, Putin’s war in eastern Ukraine simmers on, and Russian forces backing Bashar Assad’s murderous regime in Syria have bombed U.S.-backed forces and airfields where American and British forces train.

President Obama may be a lame duck eager to hit the campaign trail to support Clinton, but the rest of this election season will take place on his watch. His policies of retreat and retrenchment have reduced American influence, authority and intelligence-gathering abilities to the lowest point in my memory. Dictators and thugs eager to flex their muscles at the expense of an increasingly passive America have filled the power vacuum. Obama must be on guard now more than ever.

While it may be politically expedient to bash Trump by portraying Putin as his running mate — even though he deserves it and more — the focus should be on sending a message to the perpetrators of the DNC hack that there will be serious consequences for any further interference. Rest assured, Putin will continue his efforts to elect Trump. The good news is that in America, unlike in Russia, Putin’s vote isn’t the only one that matters.