Eric Olander and Cobus van Staden are the duo behind the China Africa Project and hosts of the popular China in Africa Podcast. We’re here to answer your most pressing, puzzling, even politically incorrect questions, about all things related to the Chinese in Africa and Africans in China.

China’s engagement in Africa is a distinctly 21st century phenomenon and, as such, is still poorly understood by most people, most notably among Chinese and Africans themselves who are still getting to know one another. In that spirit, we’ve started this new column as a way to help spark dialogue and cross-cultural communication in order to explore this fascinating, complex relationship.

In many instances, people are either too shy or embarrassed to publicly ask that question that could be misconstrued as insensitive or politically incorrect. In an issue like this that touches on questions of race, power and culture, things can get messy real fast. Instead, we’ll take each question seriously, and with the benefit of our backgrounds in China-Africa journalism and academic scholarship, we’ll do our best to give you a thoughtful, well-reasoned response.

So let’s get started…

Hey Guys: why are Chinese people so racist towards black people? I mean really. I am from Nigeria and I have lived in Guangzhou for 6 months already and I can tell you that a lot of people here really don’t like black people. What %$^&#* me off so much is that there are so many more Chinese people who live in my country and yet they don’t get hassled anywhere near as much as we do in China! Why?

— Sent from Guangzhou via email

Yeah, you’re totally right to be upset because it sucks big time to be on the receiving end of any kind of discrimination, racism or prejudice. So we get that. Before I go any further, though, I also want to point out that none of my explanations here are intended to justify people being jerks and their bad behavior. However, there is a context here that may be helpful to shed some light on why some Chinese people seemingly respond negatively to blacks, whites and people of other ethnicities (yes, it’s not just a black thing).

The Chinese will take every opportunity they can find to talk about their 5,000 years of history and that theirs is the longest continuous civilization on Earth (which is pretty impressive). For all of that history, including the present, China has been almost exclusively a mono-ethnic culture that is basically ethnic Han Chinese. Moreover, throughout Chinese history there has been a strong belief that they are superior to all other countries and people. As you may already know, the word “China” in Chinese is pronounced “zhong guo,” which literally means “Middle Kingdom,” or in plain English, “The Center of the Universe.”

So combine the fact that there has long been a sense of cultural superiority that is deeply ingrained in Chinese culture mixed with the fact that the vast majority of Chinese people you meet on the streets of Guangzhou have probably never interacted with someone of another race or ethnicity and, well, you have all you need for a lot of cultural misunderstanding.

When I worked at a radio station in Hong Kong way back in the day (really really way back in the day in 1990), a young student intern in the company would often quiz me about life in the U.S.. Not surprisingly, it didn’t take long for our discussions to turn to the issue of race. For someone who’s grown up largely around Chinese people, she was particularly intrigued about what it was like to live in a more racially diverse country. Interestingly, though, when I turned the question around and asked about her views on black people in particular, she became much more animated.

She told me straight up that when she sees a black person on the street she crosses the street in fear. Wait what?!

The vast majority of Chinese people you meet on the streets of Guangzhou have probably never interacted with someone of another race or ethnicity.

“So let me get this straight,” I followed up feeling a bit agitated over the stunning level of ignorance, “you’ve never met or even talked with a black person but yet you are so afraid that they might hurt you that you cross the street to get away? It just doesn’t make any sense.” She then went on to explain that the only black people she has ever seen are in Hollywood movies and in almost every movie the black person is the violent, bloodthirsty bad guy who hurts people. “So I know what I see from the movies and I just don’t want to take any chances,” she explained with that “duh” look at me as if I was the idiot! That night I went to a movie theater to try and see the world not as an American who grew up in a multicultural environment but someone who is ethnic Chinese. I saw the Sylvester Stallone movie “Cliffhanger” (totally dating myself here, I know) and sure enough guess who was the bad guy who tried to kill the white movie superstar? Yup, the main black character! Not only that, he had blood dripping from his teeth and depicted to be not only violent but immoral, and since that was the ONLY black character in the film, it highlights just how racist American films have been and continue to be today in their depictions of black and brown people. 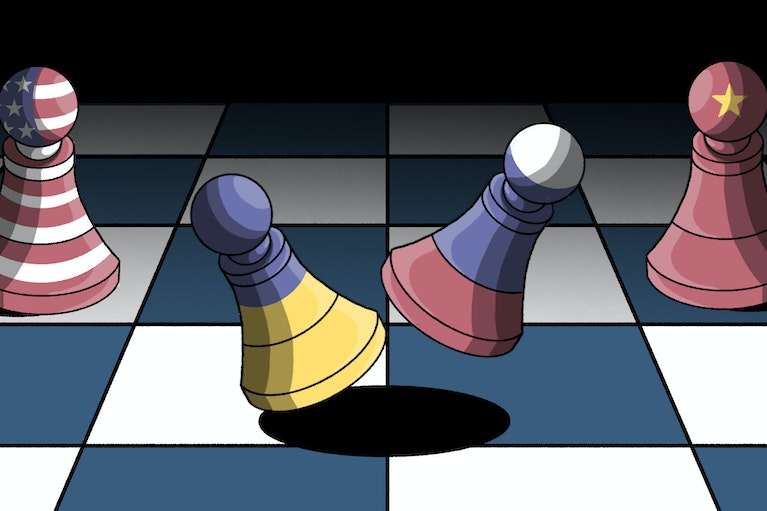