The U.S. and China have set out the new terms of strategic rivalry. But a planetary bridge on climate cooperation is also in the making. 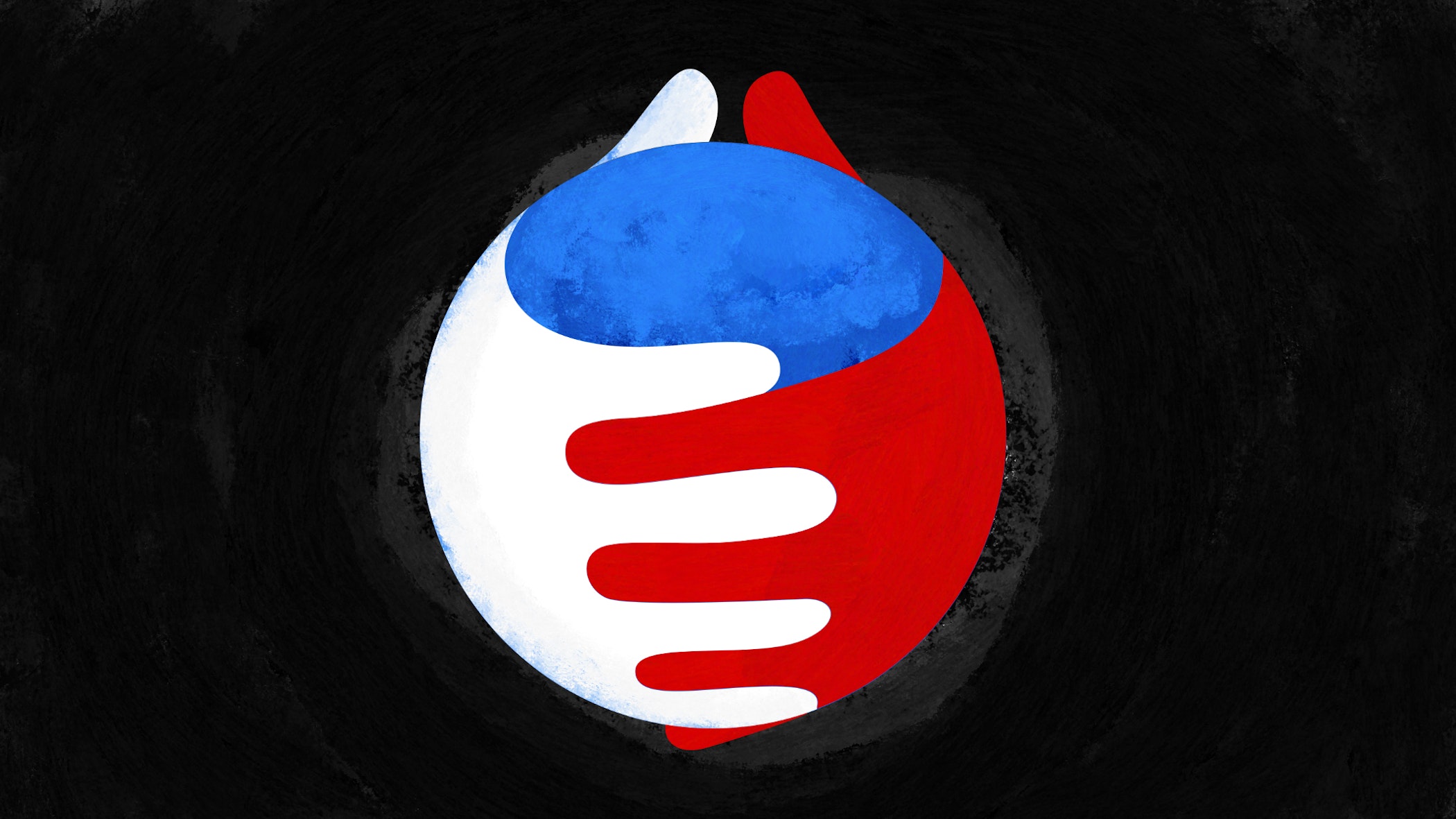 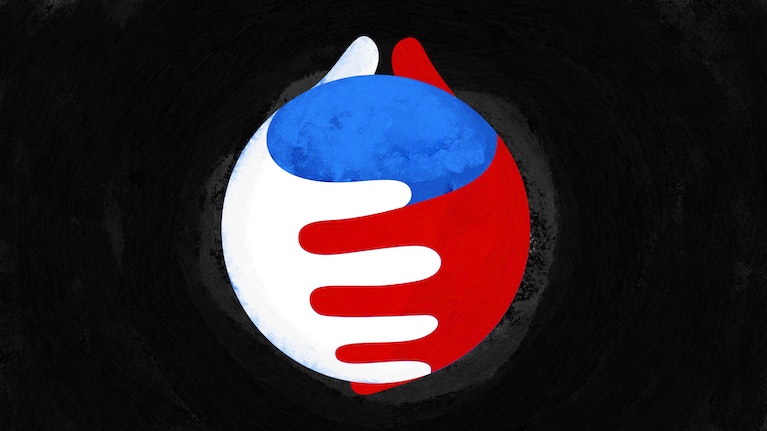 If anyone had doubts that the U.S. and China were entering a stage of systemic rivalry and ideological conflict, the meeting last week in Alaska with top foreign policy officials from both sides made that strikingly clear. History may well record that testy conclave, already well-primed by former U.S. President Donald Trump’s antics and Chinese President Xi Jinping’s heavy hand, as the moment when four decades of largely pragmatic accommodation between East and West was officially buried and “one world, two systems” was born. From now on, each side seems intent on going their own way, taking their tributaries or allies with them.

The backdrop of the meeting was a two-hour phone call a month ago between U.S. President Joe Biden and Xi. Reliable sources report that Biden’s main message to Xi was not to believe his own propaganda that “America is in decline,” but that it always meets its challenges and builds back better. In short, don’t bet against the U.S.

Coming on the heels of years of draining wars in the Middle East, the 2008 financial crisis, the Black Lives Matter movement, a sharply divided body politic, the Capitol insurrection, two impeachment trials, a Congress stubbornly riven by partisanship and more than 500,000 U.S. deaths from the COVID pandemic (compared to the roughly 5,000 deaths officially reported among China’s 1.4 billion people), Xi was hardly convinced.

What Xi does seem convinced of is that, in the throes of its demise, the U.S. will seek to thwart China’s rise. Thus, as James Crabtree has written in Noema, the Chinese leadership is charting a course ahead that depends less on the West. It will become more self-reliant on its own state-driven technological innovation and domestic consumer market while looking to trade with its immediate neighbors and along the revived Silk Roads of Eurasia as the surest route to prosperity and power.

This confidence that “the East is rising, the West is declining,” as Xi often says publicly, stands behind the new posture that Beijing debuted in Anchorage. It clashed head-on with what the Chinese side called the “condescending” tone of U.S. Secretary of State Antony Blinken, who was perceived as lecturing his counterparts across the table as if America and its allies still ruled the world.

Yang Jiechi, China’s highest-ranking diplomat, blustered that the time had passed when a small group of wealthy Western nations could dictate the shape of the global order. He added that the U.S. no longer represents world opinion, which has drifted from the orbit of its troubled narrative. Blinken, who had just visited Japan and South Korea to affirm commitments, pointed out that all of America’s allies have joined with it voluntarily out of common interest and ideals. Yang merely noted without irony that China is the largest trading partner of both nations.

Beyond this, the two sides exchanged barbs with enough truth content in each charge to stick. The U.S. side condemned the unraveling of an open society in Hong Kong, the Uighur persecution, the military threats to Taiwan, cyber-espionage and economic coercion in trade matters. The Chinese side fired back that America should get its own house in order, notably regarding race, before preaching human rights to others. Blinken rightly responded that at least America transparently addresses its mistakes in pursuit of “a more perfect union” while China, he suggested, officially sweeps inconvenient truths under the carpet to preserve the fiction of Communist Party infallibility.

The one remaining hope is that the biggest inconvenient truth of all, climate change, will actually be reinforced as the primary domain of cooperation because so much else will be contested between the emerging spheres of influence. It is not lost on anyone that while China and the U.S. may well survive the decoupling of their economies from each other, the world will not survive the decoupling of joint climate action by the two largest emitters of greenhouse gases. Paradoxically, the necessity of addressing global warming could well be what prevents the all-out Cold War that is shaping up.

Both sides acknowledge the need to cooperate on this score. Going back to his visit to China as vice president during the Obama administration when he met Xi, Biden called for working together on climate issues despite other conflicts. For his part, Xi has pledged that China would achieve carbon neutrality by 2060 and just designated the nation’s top climate expert and a key figure in the Paris climate accord, Xie Zhenhua, as the high-level counterpart to Biden’s cabinet-level climate envoy, former Secretary of State John Kerry.

Undoubtedly as part of the choreographed sequence of signals over the past two weeks, no sooner had National Security Advisor Jake Sullivan landed back in Washington after first traveling with Blinken to consult East Asian allies and then confront the Chinese in Anchorage, than he announced the two climate envoys would meet. Blinken had already hinted at this approach on his visit to Tokyo last week. “The relationship with China is a very complex one,” he said. “It has adversarial aspects; it has competitive aspects; it has cooperative aspects.”

Unlike other realms of relations concerning trade and technology, the planetary imperative of climate action opens up the possibility of a “deep coalition” that spans a world divided between two powerful adversaries. The U.N. Climate Summit in Glasgow in the fall will be the first place where this possibility could be officially cemented, supplementing concerted collaboration already underway at the so-called plurilateral level that brings together subnational governments, civil society organizations and business.

One example among many is the joint effort by California and Guangdong Province in China to reach their respective carbon neutrality goals with the ultimate aim of aligning and integrating their carbon trading markets under similar cap and trade programs. That effort is being led by former California Governor Jerry Brown and the aforementioned Xie Zhenhua through the University of California and Tsinghua University’s U.S.-China Climate Change Institute, which the Berggruen Institute supports.

Just as American-led globalization fueled China’s ascent to the point where it could compete geopolitically with its progenitor on equal terms, so too, a new realism, however incipient at this moment, is bound to emerge out of a relationship of rivalry. It recognizes that the planetary challenge cannot be surmounted by either system alone, only together as one species inhabiting the same narrow band of a livable climate at an optimal distance from the sun. 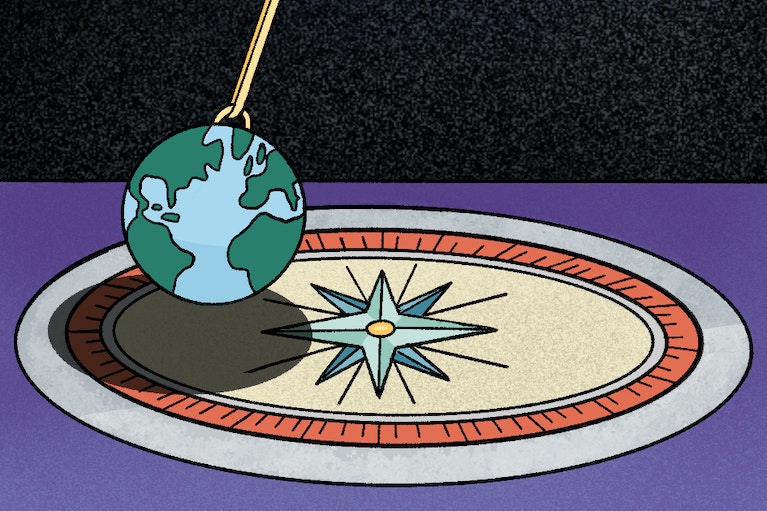 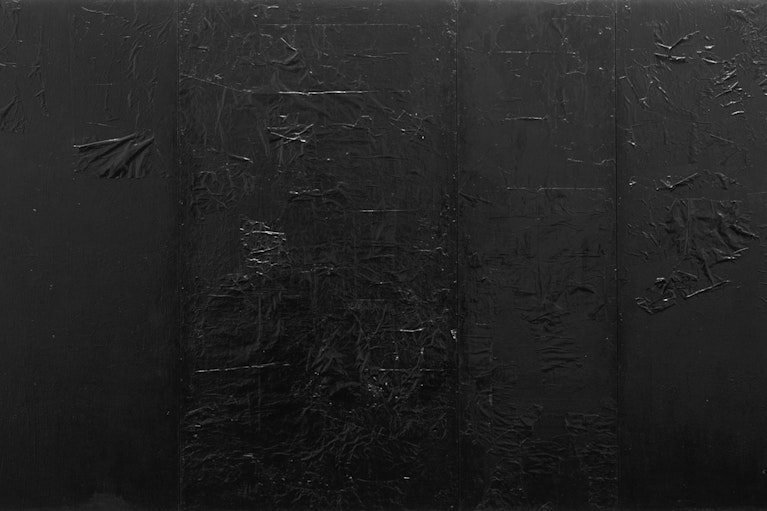 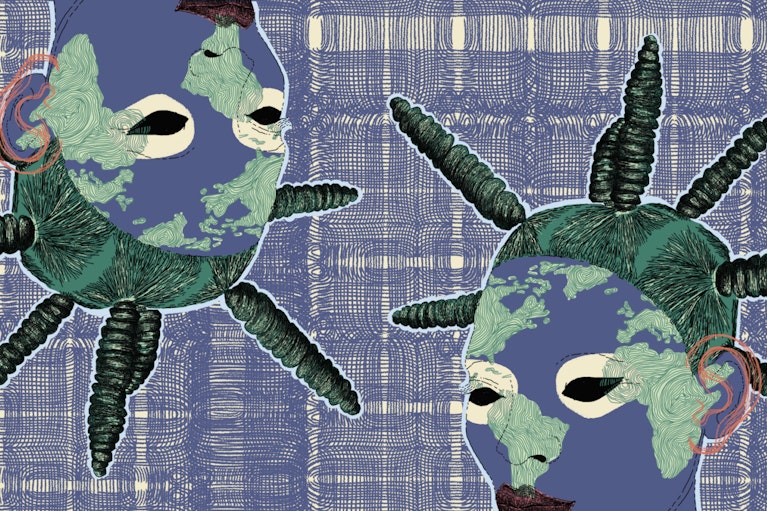