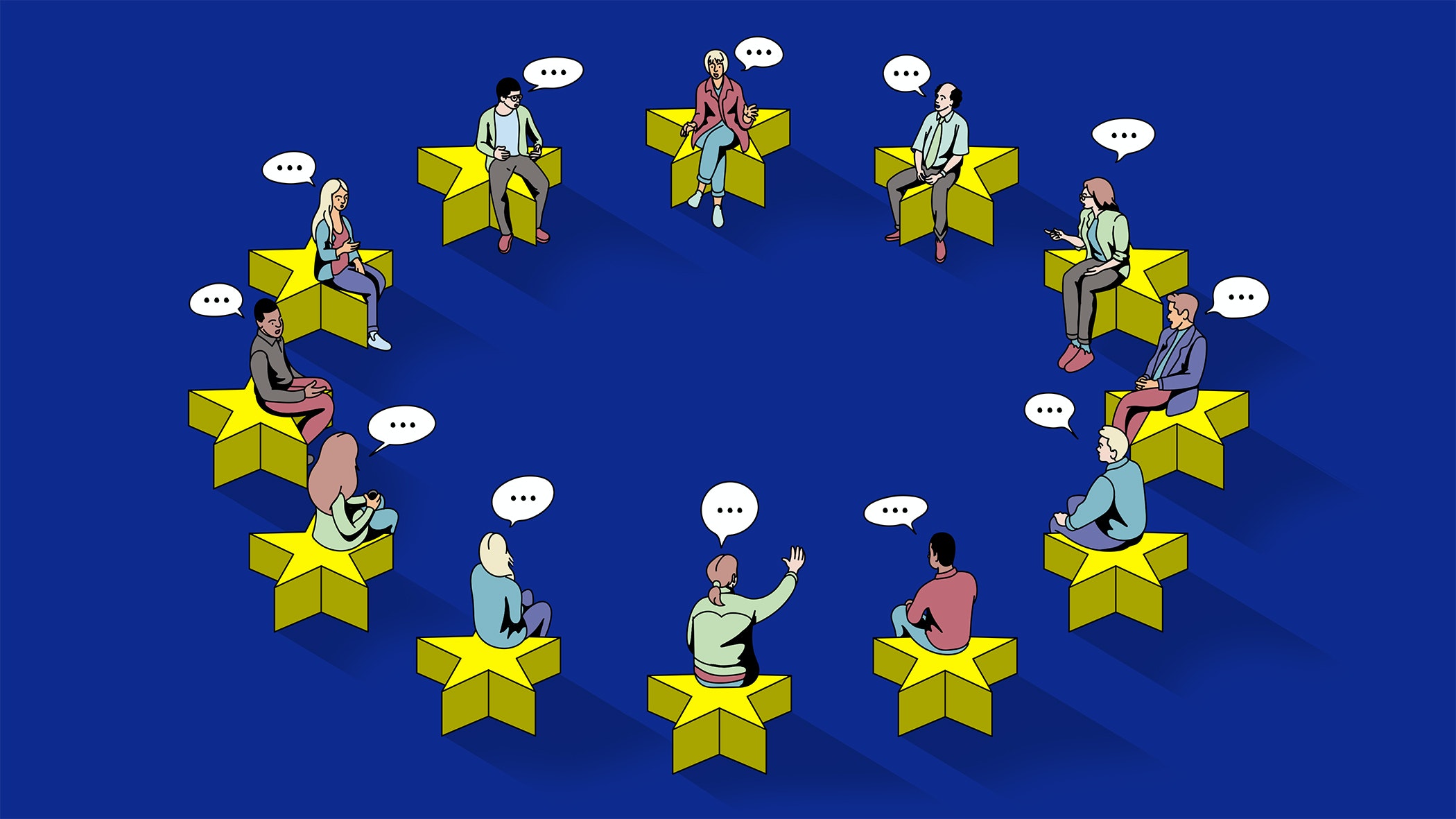 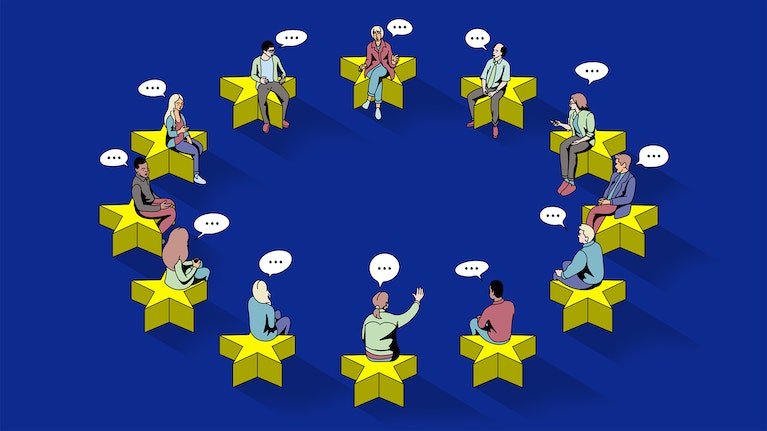 The European Union is the greatest experiment in transnational governance today. At the outset, it was thought that the “back door” of economic integration would organically lead to political unity, as Jacques Delors, a key architect of the project, once put it to me. Over time, national sovereignty was expected to yield inexorably to European-wide governance.

That hasn’t happened. Instead, what we’ve seen since the EU’s founding in 1993 is not only persistent national reticence, but the emergence of a “democratic deficit” between citizens and the ruling institutions in Brussels — the European Council (composed of heads of national governments), the Commission (the executive body, appointed by member states, which initiates legislation) and the European Parliament, (which cannot initiate legislation, but serves to check the executive and passes legislation).

To address this issue of the EU’s weak legitimacy, a Brussels-initiated Conference on the Future of Europe (COFE) was convened over the past year. Among other aims, it sought to shrink that democratic gap through a new experiment: inviting “citizens’ panels” across the continent to participate in charting the path forward.

That conference concluded last month with mixed results and great doubts about whether the concerns expressed by these panels, or assemblies of citizens, would actually be taken into account and acted upon by the powers that be.

As Carsten Berg, who observed the process for Noema and the Berggruen Institute, reports, citizen engagement through COFE turned out to be a limited exercise with various faults, but is nonetheless a highly significant step in the right direction. Not only were citizens proactively engaged, but one of their key recommendations was to institutionalize ongoing citizens’ assemblies, randomly selected so they are indicative of the whole body politic, as a permanent feature of European governance that would stand alongside the institutions in Brussels.

In Berg’s sympathetic but critical eye, the way the conference panels of citizens were put together and conducted for COFE was not optimal.

First, the truncated yearlong process (cut from the original two years proposed before COVID) did not provide the necessary time and attention required for proper deliberation. Second, the random selection process failed to specifically recruit marginalized and disadvantaged groups and was too prone to self-selection. Third, the expert input to inform citizens’ deliberation was not sufficiently balanced to ensure a wide range of perspectives. Fourth, the “topic framing” was too broad for citizens to deepen their focus on specific issues. Finally, there was little interaction between the nationally organized panels and the European-wide ones, which ran in parallel.

Despite these faults, the idea of deliberative citizens’ bodies as a key feature of democratic governance has now been tested on a transnational basis and proven to be viable. Every glitch Berg reported is technical and has been accounted for in successfully conducted citizens’ assemblies elsewhere from Ireland to Australia to Ostbelgien.

What remains is the question of whether the European institutions will act on the citizen input COFE has solicited, including potential changes to the treaty that serves as the EU constitution.

There are some promising signs. In her summary of the COFE experiment, the EU Commission vice president in charge of citizen engagement, Dubravka Suica, said: “Building on this success, the Commission will enable citizens’ panels to deliberate and make recommendations ahead of certain key proposals, as part of its wider policymaking. … Depending on the issue, these can either be pan-European or smaller targeted panels to address specific policy issues. As was the case in the conference, participants should be randomly selected. But they should also reflect Europe’s diversity and demography.”

Looking ahead, she further proposed that “young people should form a third of the participants. Where appropriate, a ‘citizen report’ will be integrated in the impact assessment, summarizing the outcomes of these participatory and deliberative processes. When all participants are young people, this would be dubbed a ‘youth test’. The first of this new generation of Citizens’ Panels will be launched in the context of the 2022 state of the union address.”

For Berg, one way to ensure that citizens’ voices are binding in European governance would be through direct democracy. He has long championed a European Citizens’ Initiative by which citizens themselves can make laws directly at the ballot box.

As Berg acknowledges, this may solve one problem while potentially creating another. Where citizens’ assemblies have taken place, they are generally advisory and not binding; where binding direct democracy has long existed in some jurisdictions, such as in California, ballots offer no nuanced choices and there is little institutional capacity for citizen deliberation.

The ideal arrangement is a combination of the two. Switzerland, notes Berg, is a worthy example because direct democracy there is “embedded in an interactive institutional framework.”

In that Alpine nation of 8.5 million, qualifying signatures for a federal referendum must meet certain thresholds across cantons, and the scope of issues to be decided in a given ballot is limited to one topic that cannot violate basic rights. A federal council determines which qualified measure goes on one of the four balloting dates each year. Impartial information is provided by trusted election authorities with ample time for citizen consideration. Importantly, there are voting options for citizens. They can vote a simple “yes” or “no” on the proposition, vote for a parliamentary counterproposal (if there is one) and vote a preference of the two if there is a tie.

The EU apparatus is cumbersome and churns slowly. But, for the first time, it has purposefully opened up to direct input from its 447 million citizens beyond parliamentary elections. That is a recognition that the political legitimacy of the EU can only ever be firmly established through the “front door” when citizens themselves are engaged in building the common European home.