Planetary Computation And The Pattern That Connects

Gaia 2.0 is the next step of evolution. 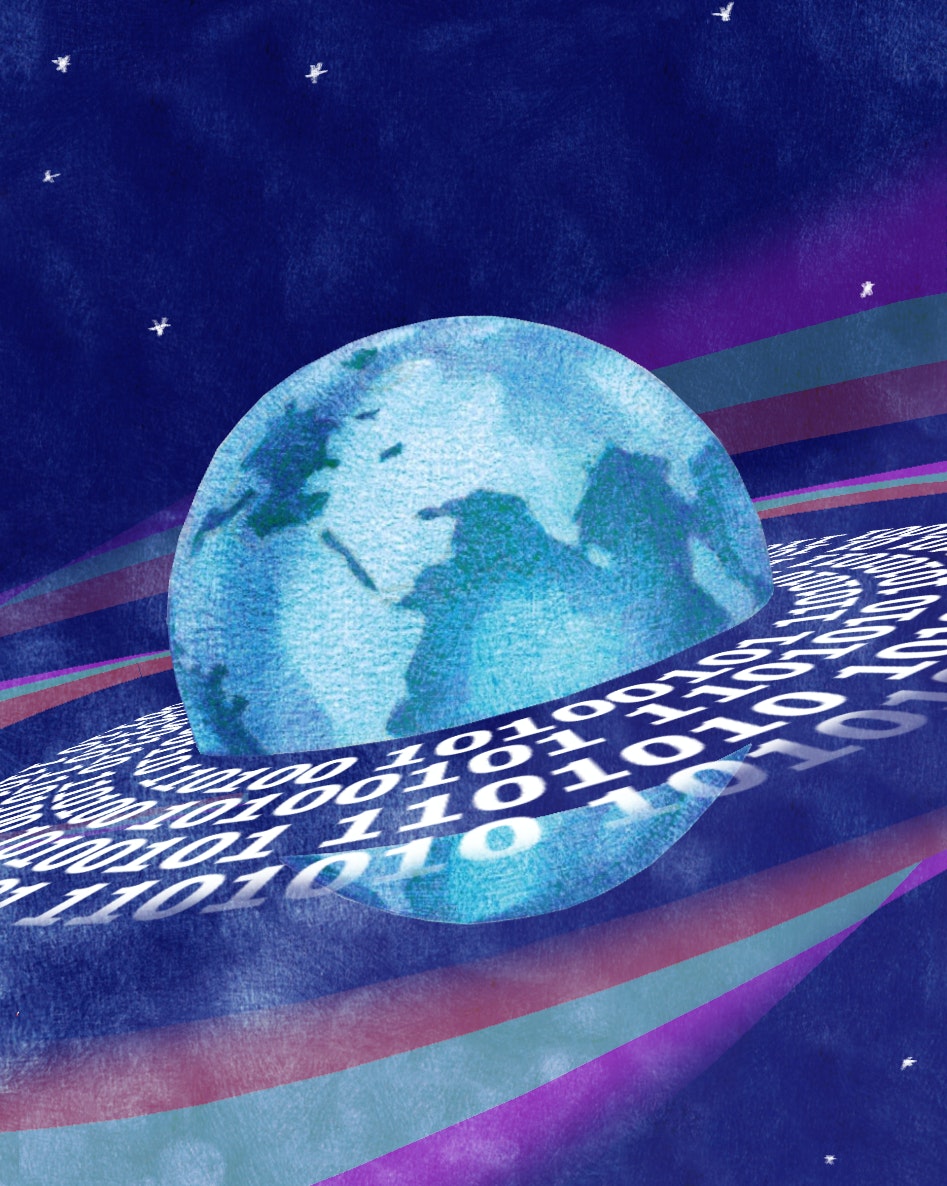 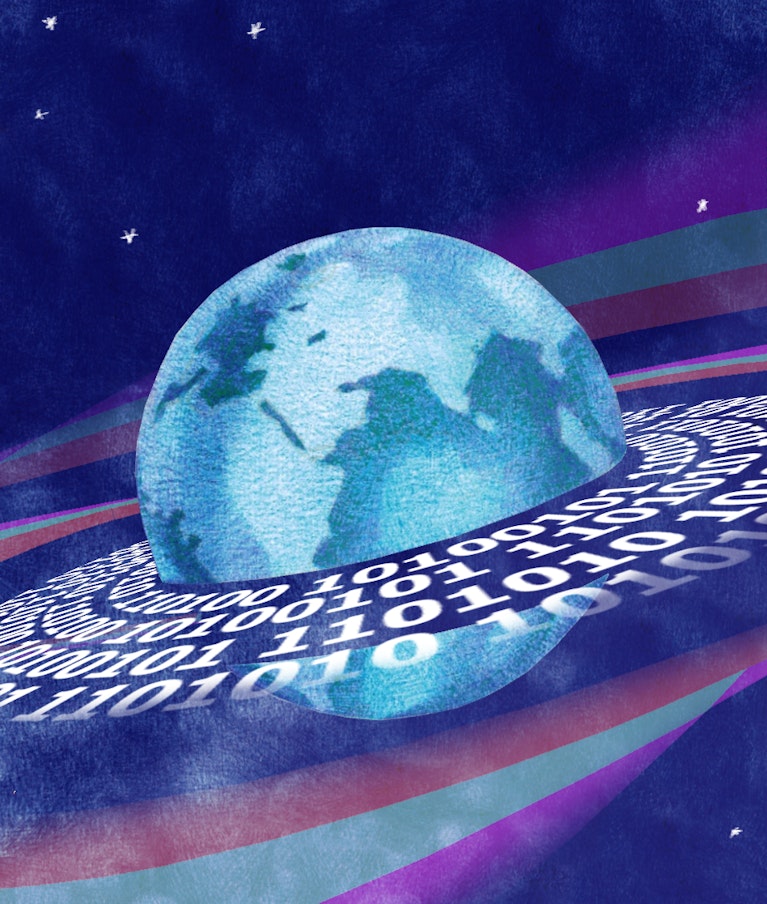 Last week the famed French thinker, Bruno Latour, died. Apropos a philosopher of science, he left behind a paradigm shift in how to think about the relationship between technology and natural systems in the Anthropocene Age.

Latour’s twists and turns regarding the social construction of science remain a controversial aspect of his legacy. But his ultimate project was to dismantle the conceptual division between humans and nature in the modern mind and understand the world as one hybrid “terrestrial” unity that includes animals, plants, topography, climate, the biosphere, human invention and the interactions among them.

From this new perspective, he saw that the influence of human endeavor within the terrestrial space had grown to such proportions that it was upsetting the self-regulating natural system of the planet — “Gaia,” so named after the ancient Greek Earth goddess — that had maintained homeostasis for the last 3.5 billion years.

As climate change has made our species self-aware of its role in this ecological disequilibrium, Latour believed that “deliberate self-regulation — from personal action to reduce carbon footprints, to global geoengineering schemes — is either happening or imminently possible. Making such conscious choices to operate within Gaia constitutes a fundamental new state of Gaia, which we call Gaia 2.0. By emphasizing the agency of life forms and their ability to set goals, Gaia 2.0 may be an effective framework for fostering global sustainability.”

In other words, rather than inversely replicate the modern mistake by pitting human advances in technology against “the preservation of nature” in our efforts to repair the imbalance, we need to recognize both as integral elements of planetary self-regulation.

As the philosopher of technology Benjamin Bratton has phrased it, “Instead of reviving ideas of nature, we must reclaim the artificial — not fake, but designed. For this, human-machine intelligence and urban-scale automation become part of an expanded landscape of life, information and labor. They are part of a living ecology, not a substitute for one. Put more specifically: The response to anthropogenic climate change will need to be equally anthropogenic.”

To advance this idea, the Berggruen Institute has joined with Bratton to incubate a project he calls “Antikythera,” named after the “first computer” used by the ancient Greeks around 200 B.C. as a device to navigate the known world based upon the celestial movement of planets and stars. The aim is to discover how today’s “planetary-scale computation” in 2022 A.D. can align with and contribute to the self-regulation of Latour’s terrestrial space.

Further, Bratton’s project seeks to plumb the philosophical implications of this “existential technology” that, by forming a planetary exoskeleton of satellites, fiber optic cables, feedback sensors and data clouds all linked to the nomadic devices we hold in our hands, will reflect the actual condition of the whole Earth and fundamentally alter the heretofore constrained scope of human consciousness.

As Bratton explains in Noema: “The models that we have of climate change are ones that emerge from supercomputing simulations of Earth’s past, present and future. This is a self-disclosure of Earth’s intelligence and agency, accomplished by thinking through and with a computational model. The planetary condition is demystified and comes into view. The social, political, economic and cultural — and, of course, philosophical — implications of that demystification are not calculated or computed directly. They are qualitative as much as quantitative. But the condition itself, and thus the ground upon which philosophy can generate concepts, is only possible through what is abstracted in relation to such mechanisms.”

Through uncovering “Earth’s intelligence and agency,” Bratton’s hope is to one day reach what he calls “planetary sapience” — in essence, the synthetic intelligence of all lifeforms that are part and parcel of one self-regulating system.

Goethe And The Pattern That Connects

Looking back to the intellectual feuds at the outset of modernity and the “the birth of subjective idealism” in the late 18th and early 19th century, we could see premonitions of this latent understanding.

Invoking the paintings of Caspar David Friedrich that placed contemplative figures in misty landscapes with barren trees or vast vistas, Appiah notes the underlying tension: “The question arises, then, of whether the crucial fuel for Romanticism was Fichte’s Ich [I] or Schelling’s Natur — whether the critical move was the centering or decentering of the self.”

The great poet and novelist Johann Wolfgang von Goethe witnessed and participated in those debates, which took place in the small university town of Jena in the German duchy of Saxe-Weimar. As an amateur biologist and close friend of natural scientist Alexander von Humboldt, he strived late in life for an “objective” perspective that embraced neither side of that debate but would reveal the pattern that connects them both in one whole.

Arriving at this awareness today through “planetary reason,” paradoxically enabled by the innovations of the Anthropocene that grew out of those early modern moments, would resolve the long dialectic of Western thought and relink humanity to the unity of origins split apart by 17th-century science that placed humans above and outside natural systems.