Technology can expand the short-term horizon of our Paleolithic survival instinct. 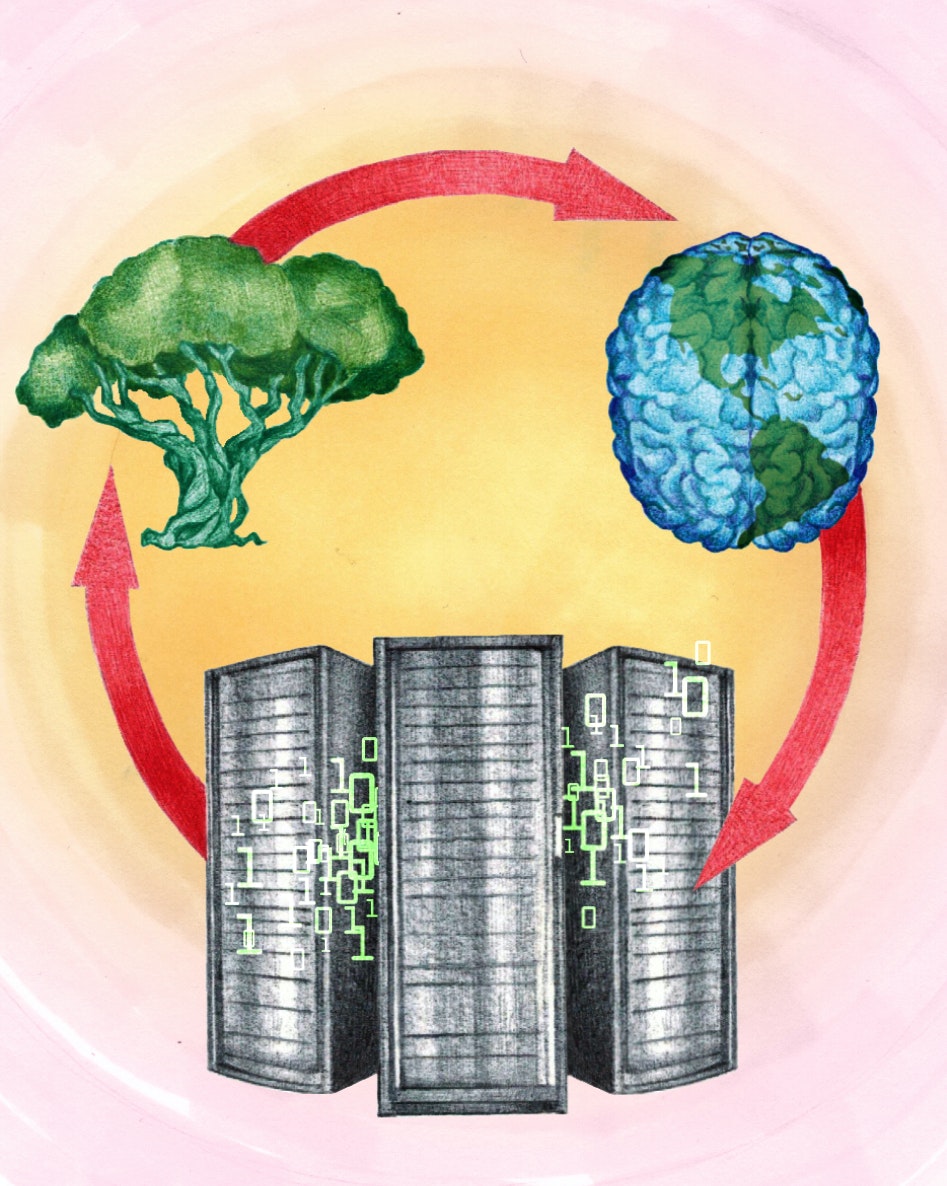 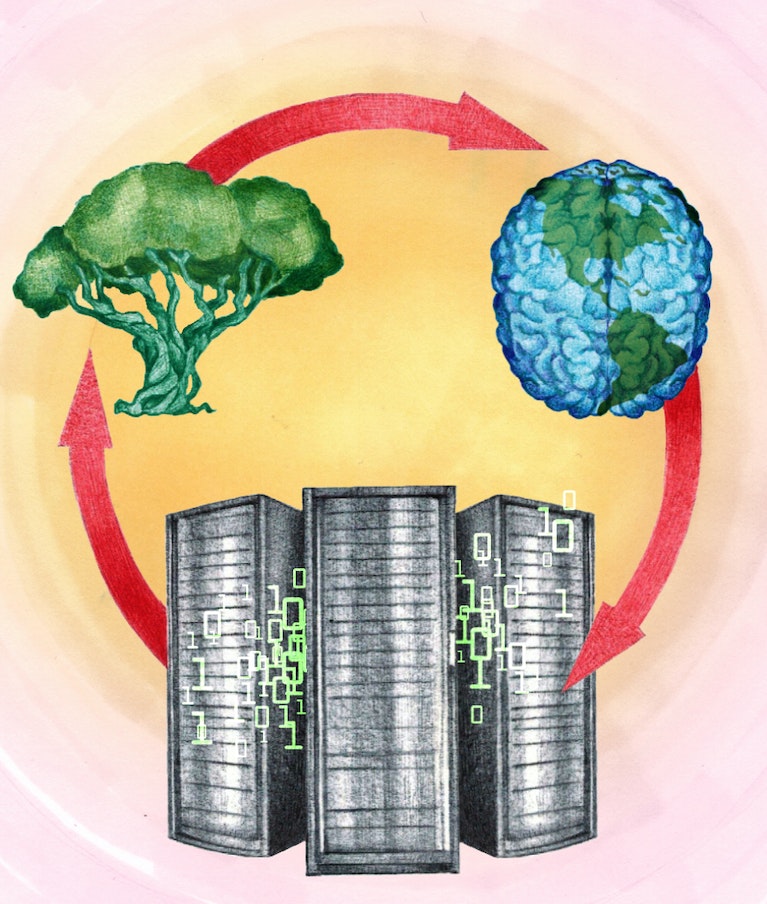 The future may be unpredictable, but it is not unknowable. We can’t pinpoint where the next raging forest fire or record temperature will hit. But we know they will happen. This summer, cool Britannia is most unexpectedly busting the thermometer. The fire this time is visiting a broad swath of Mediterranean countries and, as usual, scorching California’s most treasured natural landmarks.

This perennial experience would suggest that our species should by now have reached what the child psychologist Jean Piaget identified as the concrete operational stage of cognitive development, which he assigned in his schema to 7-11-year-olds. It would seem that the distant abstraction of climate change has enough observational presence to be regarded by our maturing minds as a clear and present danger, like touching a hot stove.

Yet, far from figuring out a survival strategy for this consequence of the Anthropocene, our dominant species seems stuck in the Paleolithic mode of hunters and gatherers adept only at avoiding immediate, localized threats.

As Carl Jung posited with respect to the psyche, our accelerated evolution into the modern industrial era and beyond has not displaced archaic dispositions still harbored from 2 million years ago. They remain as deeply seated as they are dangerously inapt for the future headed our way. The human brain, evolutionary biologist Richard Dawkins has noted, was not built to understand slow, cumulative processes like ecological change. Anciently ingrained instinct simply does not register what looms in the long term.

The neuroscientist Antonio Damasio has pointed out that the intelligence of every organism, from unconscious bacteria to the human body, strives toward homeostasis — that point of equilibrium with its environment that enables it to survive and thrive. If the planet is considered a singular organism that functions through the corrective feedback loops of a complex ecosystem to maintain homeostasis, its capacity to keep that balance has been disrupted by the carbon exhaust of collective human endeavor over the most recent century.

To depart from this path and survive, humanity’s best hope is to extend its evolutionarily learned survival instinct to the timescale and scope of the planetary organism through aligning our technological prowess with natural resilience, instead of against it. That will require mimicking the adaptive circuitry that fosters equilibrium in natural systems through the very kind of planetary computation that modeled our understanding of climate change in the first place.

Paradoxically, it is the advances of our civilization, which destabilized the biosphere, that may be the only means to restore whole-Earth homeostasis.

Technology Is Part Of Living Ecology

Only when intelligence becomes artificial “beyond the narrow confines of biological organisms,” the philosopher Tobias Rees has observed, can we have “distributed intelligent systems that produce a knowledge object called the planetary or whole-Earth system.”

Writing in Noema, Benjamin Bratton puts the challenge this way: “Instead of reviving ideas of nature, we must reclaim the artificial — not fake, but designed. For this, human-machine intelligence and urban-scale automation become part of an expanded landscape of life, information and labor. They are part of a living ecology, not a substitute for one. Put more specifically: The response to anthropogenic climate change will need to be equally anthropogenic.”

The French philosopher Bruno Latour has called this approach “Gaia 2.0” after the concept put forward by James Lovelock and Lynn Margulis that all “living things are part of a planetary-scale self-regulating system that has maintained habitable conditions for the past 3.5 billion years.” They named this system “Gaia” after the Earth goddess of Greek mythology.

“Gaia has operated without foresight or planning on the part of organisms,” Latour wrote in the journal Science with the scientist Tim Lenton, “but the evolution of humans and their technology are changing that. Earth has now entered a new epoch called the Anthropocene, and humans are beginning to become aware of the global consequences of their actions.

As a result, deliberate self-regulation — from personal action to global geoengineering schemes — is either happening or imminently possible. Making such conscious choices to operate within Gaia constitutes a fundamental new state of Gaia, which we call Gaia 2.0. By emphasizing the agency of life-forms and their ability to set goals, Gaia 2.0 may be an effective framework for fostering global sustainability.”

What Latour has in mind is replicating the function of natural systems through infrastructure that ranges from planet-spanning sensors that warn of necessary adjustments in human behavior to the ubiquitous diffusion of solar panels that harvest sunlight as the main source of energy.

The chief obstacles to realizing Gaia 2.0 are the adverse feedback signals of today’s consumer democracies. The media, the market and politics are all geared toward immediate gratification, reinforcing the short Paleolithic threat horizon. What may appear sane at the retail level adds up to wholesale madness in the face of the climate challenge.

If we do manage to transcend the Paleolithic mindset, not to speak of the even deeper reptilian impulses of our long evolutionary past, there is a chance of reaching what Bratton calls “general sapience.”

As he frames it, only by “conjoining human and nonhuman cognition” in a way that imports what we know of the future into the present can evolution get back on the path to planetary homeostasis.