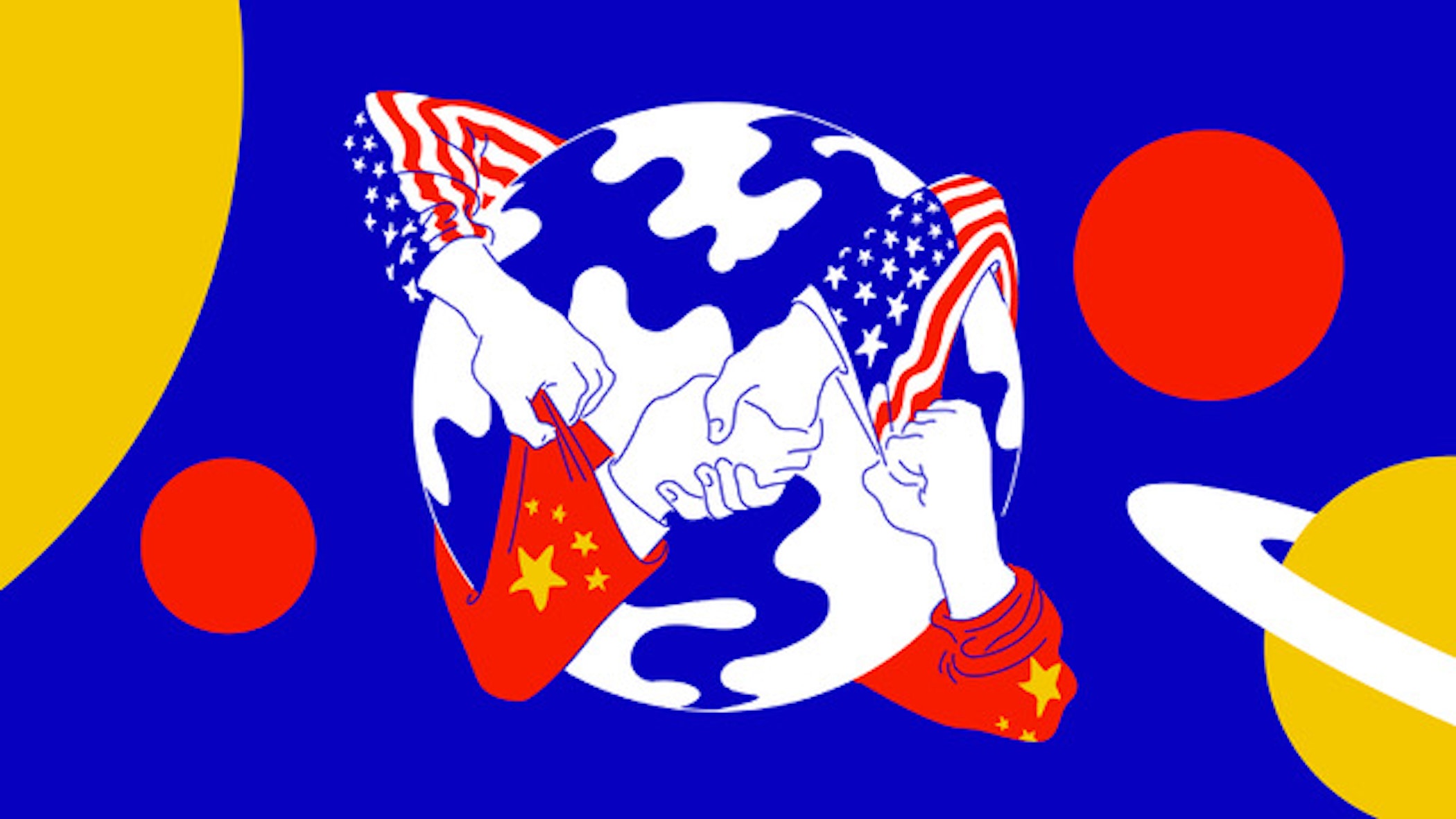 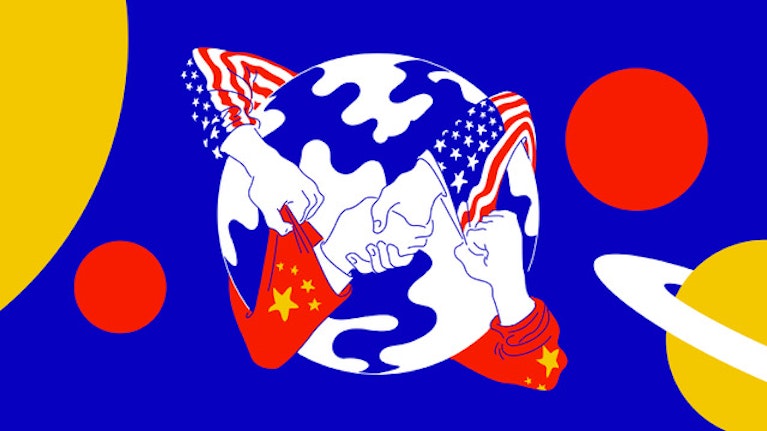 The power of the wrong metaphor can take history off on a detour that wastes the precious little time we have to address the accelerating cascade of a warming planet. When it comes to climate, time is an ethical dimension. That perilous detour today is the notion that the West is about to engage in a new Cold War with China not unlike the nuclear-armed confrontation with the Soviet Union in the 20th century.

There are several key differences. First of all, unlike the economically isolated Soviet bloc, China today is integrated into the entire global economy. Its fortunes, and that of many others, rest on that interdependence.

Second, Russia is a Eurasian power whose aspirational face was turned toward the West, and thus the ideological contest was fought on the common terrain of relatively shared values the Soviet system was suppressing. China today, by contrast, remains rooted in the millennia-long history of a set of civilizational values — about the dominant role of the unitary state vis-à-vis the individual and civil society, about order and freedom — that is totally divergent from that of the West.

In many conversations over the years, Singapore’s founding father Lee Kuan Yew insistently sought to dispel any illusion I might have that China would become more Western as it became more prosperous. He told me more often than once, going back to the early 1990s, that “China will not become a democracy; it will not become an honorary member of the West.”

Third, the existential threat of nuclear holocaust that prevented the Cold War from becoming a hot one stemmed from the human discovery of the secrets of the split atom. The existential threat now is a consequence of the lack of human understanding of nature, that the industrialized progress that brought so much prosperity to so many was also destabilizing the frail equilibrium of a livable climate at an optimal distance from the sun which has allowed our planet to flourish.

And it is here that hope departs from a repeat of history. This latent realization of the climate challenge by modernizers, in both the East and the West, creates new common ground where the latest scientific consensus accords with the ancient Daoist cosmology of China that humans and nature are one, all made of the same, inseparable connective tissue. The Way of the Dao means living in sync with the natural order. Paradoxically, it is universal alarm over the disequilibrium of global warming that may most prevent a new Cold War.

None of this suggests there won’t be conflict between China and the West. On the contrary, it means that conflict is as inexorable as cooperation is imperative.

The entire project of Xi Jinping’s “rejuvenation” of Chinese civilization is to never again fall behind the West technologically and become vulnerable to imperial domination, as it was during the humiliating Opium Wars. That is why the leadership is bent on besting the West in the information technologies of the future, especially artificial intelligence. But such technologies are not just another factor of production like machine tools and mass manufacturing. They are about the control of free expression, the flow of information and the use of data — the core divergence between East and West.

Nothing illustrates this divergence more, as Darren Byler documents in Noema, than the use of AI to pioneer totalitarian surveillance of the lives of others. He details how an army of young digital detectives are employed by the state to monitor the Uighur minority in Xinjiang Province by hacking their virtual and real lives, using the latest advances in AI to trace their thoughts, allegiances and movements.

Beyond this, we have all seen how Hong Kong’s autonomy and independent judiciary are being systematically extinguished by the new national security law drawn up in Beijing. Most worrying of all are the hawkish taunts bolstered by military exercises that threaten to take over Taiwan by force in the name of the outmoded dogma of territorial sovereignty. More than anything else, seeking to crush the political culture of the island, which has become the most participatory democracy anywhere (as I wrote last week about Taiwan’s digital minister, Audrey Tang) would ignite the next world war.

This set of 21st-century realities, where conflict and cooperation must coexist, suggests that the best way to avoid a world divided anew is a strategy of “planetary realism.”

China cannot be changed from the outside. Change can only take place and endure if it is made by those who own it. But what China does on the inside impacts all the rest of us. That is where the realism comes in.

That means not shrinking from condemning the use of technology for totalitarian ends, not least because the path blazed by China on this front won’t stay in China. If Hong Kong is already a lost cause executed during the COVID distraction and the Trump chaos, it means defending Taiwan’s autonomy going forward.

But it also means intensifying cooperation where planetary interests converge on both climate action and the science of pandemics — domains of concern to everyone who lives on this Earth among the microbe universe.

The realist aspect of this partnership of rivals would advise against linkage. Climate and pandemics are absolute planetary interests in their own right. Cooperation in those realms does not imply less confrontation elsewhere. Yet it is also true that unless there is some zone of good faith where our common humanity can be registered, all else will forever dwell in the shadow of distrust. The hope here as well is that, despite fierce competition, shared ground can also be found at least on a code of ethics, and perhaps even on framing basic research, with respect to biotech and AI. These technologies will transform for all of us what it means to be human.

With thousands of years of experience in deftly pursuing its own interests, the Middle Kingdom never loses an opportunity to seize an opportunity. Despite tough but largely empty rhetoric, the disjointed and incoherent non-strategy of the Trump years created the space for a wily Chinese leadership to test how far it can go in asserting its rejuvenation in the vacuum. A coherent strategy of planetary realism by a new American regime would fill that vacuum, restrain China’s recent belligerence and tame the mounting fervor of hawks on both sides.

If Joe Biden and his team win the U.S. presidential election, there may be a chance not to “reset” the relationship to where it was before, but to recalibrate it for the times we live in now.

Not long ago I participated in a webinar with Jake Sullivan, the top national security adviser to Biden. I raised the point of conflict with China being as inexorable as cooperation is imperative and asked if a new administration might pursue the idea of a “partnership of rivals.” He responded: “Biden will push back hard where necessary on Hong Kong and the other issues and push ahead where interests converge on climate and pandemics.”

Sullivan told the story of how he went to China with Biden when he was vice president in 2013 just as China sought to establish a sovereign air zone over the South China Sea island chains it claims. Huddling with Xi and other top leaders for seven hours off and on during that day, Biden told Xi, “we don’t accept this action on your part, and won’t abide it. We will fly our B-52s right through the zone. At the same time, if we can join together on climate and move that agenda down the road for the whole world, we are ready and willing to work together.”

Sullivan summed up the new stance he foresaw if Biden is elected: “Cooperating with China should not be seen as them somehow doing us a favor. The fact that we should cooperate on things that are in both of our interests does not, and will not, mean giving them concessions.”

In a nutshell, that is planetary realism.