A convergence of breaking points demands choices about the future. 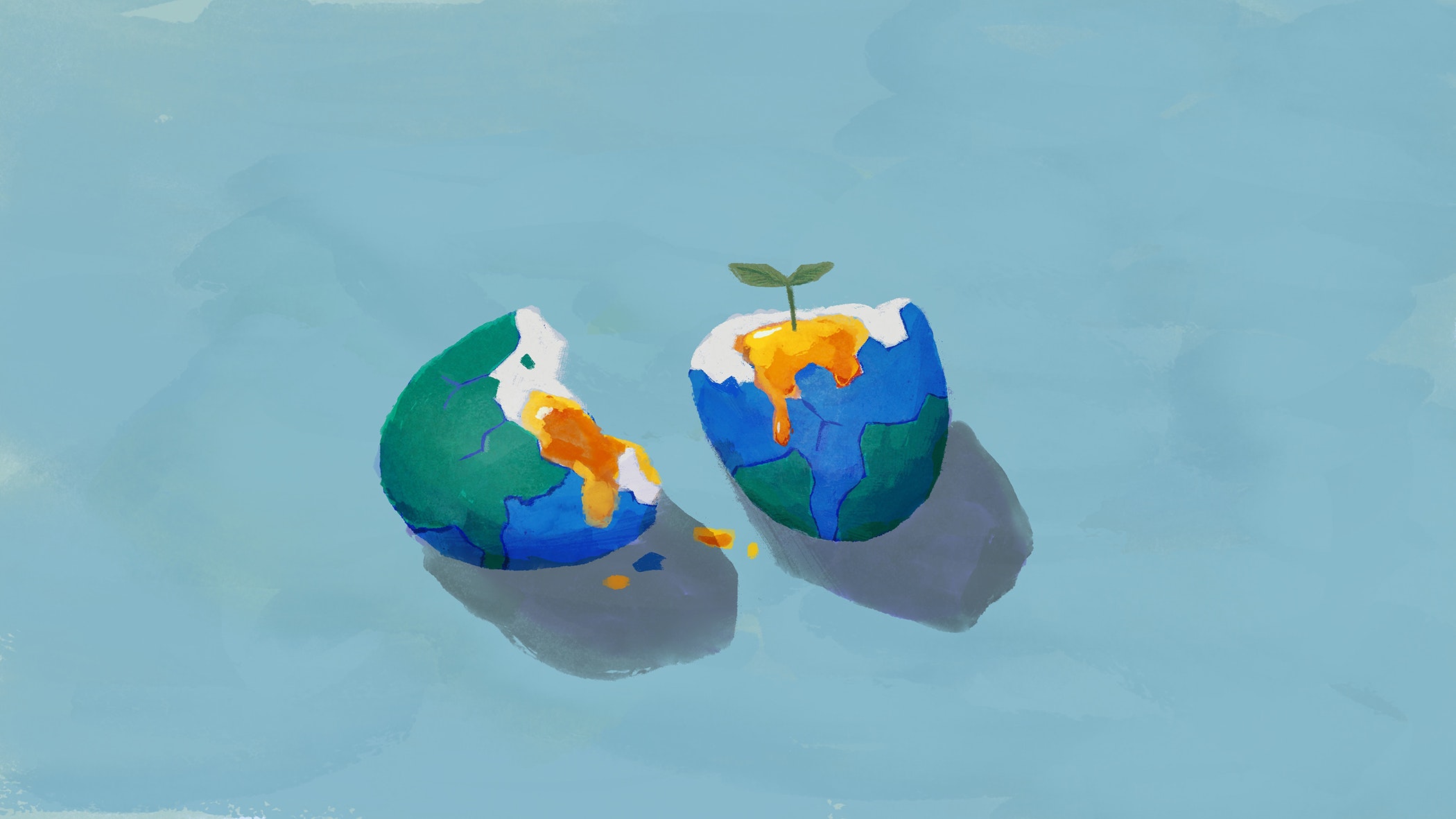 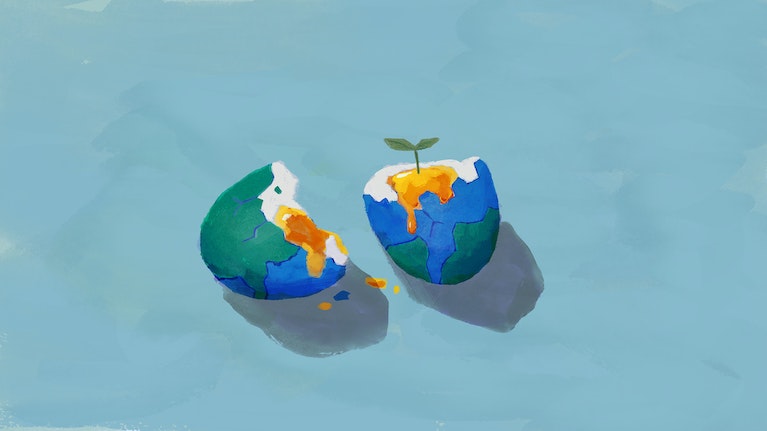 A rupture opens up a new space in place of the shattered status quo. It clears away illusions about an old order no longer fit for purpose and makes way for what has been incubating to emerge in clearer form. Above all, a rupture from the past demands choices about the foundations of the future.

The world is facing such a rupture today as several breaking points converge at once. The Russian invasion of Ukraine has upended the geopolitical balance of the “long peace” since the end of World War II. It has further hastened the decoupling of global economic interdependence already underway and produced a fossil-fuel crunch which could either fatally stall or accelerate the green energy transition that will determine the fate of the Earth’s livable biosphere.

It will take both hard-headed realism and a leap of imagination to seize this moment in a way that avoids the next war while also protecting the planet.

As Yuen Yuen Ang writes in Noema this week, China faces a choice in its stance on Ukraine between pragmatism that can secure its continued prosperous and peaceful rise in an integrated world or succumb to an anti-Americanism that will unravel the wherewithal to accomplish in the next four decades what it has over the recent past.

For pragmatists in the stead of Deng Xiaoping, the way ahead remains a wary embrace of the U.S.-led West. As Fu Ying, China’s former vice minister of foreign affairs, said at a gathering of the Berggruen Institute’s 21st Century Council in Beijing as recently as 2018, “China’s reform and opening up over the past 40 years coincided in that same period with the opening of diplomatic relations between the two countries.” The American relationship, now at risk, she declared, has been “indispensable” for China’s success.

For those in China convinced that America is already determined to contain its future prospects, such pragmatism is another word for surrendering to an agenda aimed at keeping the Middle Kingdom down. Better to stay aligned with “the enemy of your enemy,” even if Vladimir Putin’s Russia is violating the core principle of sovereign territorial integrity and horrifically reducing whole cities to rubble, than risk falling under the thumb of a power eternally hostile to China’s governing system. In their view, Washington’s Indo-Pacific strategy is just a more aggressive version of NATO expansion in their neighborhood.

For the anti-Americans, it would be nothing less than a foolish illusion to believe that China won’t be next in the crosshairs of America’s global battle to defeat autocracy in the name of democracy.

In her essay, Ang cites an article that circulated widely in China written by the prominent scholar Zheng Yongnian, who defended the claim that NATO expansion credibly threatened Russia’s security. But she didn’t cite his last lines that are far more important as an accurate description of the world ahead where no nation is the boss and it falls upon the major contesting powers to keep the peace.

“During the incubation stage of this new global order,” Zheng wrote, “each major power is positioning itself for the global order of the future. Their expectations are frequently conflicting, with no way of reaching strategic consensus regarding fundamental interests — some even lack the willingness to make strategic concessions. The nascent international order is developing to be more evenly distributed along lines of wealth, power and cultural authority. There will be no hyperpower.”

Writing in the elliptical language necessary to say anything publicly, Zheng is warning that China’s choices today will set its course for a long time to come. “The Russo-Ukrainian war complicates China’s unprecedented historical moment. Amid a volatile international landscape, we must calmly analyze new changes and trends between dominant nations. We must be rational, and allow not even the slightest sentimentality, for any emotional impulse could result in serious strategic error.” Since there is little such “sentiment” in China’s relations with the U.S., one concludes that here he is referring to President Xi Jinping’s “no limits” friendship with Putin.

Zheng goes on: “One thing, however, is crystal clear: What makes a major power — or, what makes others consider it a major power — is not how it challenges the old order, nor its ability to wage war, but its responsibility and ability to promote and maintain international peace.”

Reading what seems obvious between Zheng’s lines, it is in China’s best interest to distance itself from Putin’s war and step up to the plate of its newfound responsibility as a “major power” to help forge a settlement.

China’s choice in these very days will either plant the seeds for the next war or lay the ground to avoid it. But choosing pragmatic accommodation with the West cannot be a one-way street; it also requires a reciprocal response in turn. Future peace with China means as well that the U.S. has to relinquish its hyperpower complex and face the reality that no complete triumph is possible between major powers of roughly equal strength, only strategic compromise. If both sides don’t give up their zero-sum calculus, every concession will be framed through the power of the wrong metaphor as a moral Munich that only further compels conflict.

While realist accommodation between China and the U.S. may avoid the next war, it won’t save the planet from overheating and taking down the whole of human civilization with it. That requires a leap of imagination to the concept of planetary realism.

At this late stage in 2022, when the cascading consequences of climate change are so evident, any enduring foundation for the future has to be built on a collective balance with nature as well as a balance of power between rival nations. If military alliances against others are what most divide the world, a “climate alliance” for the planet led by the U.S. and China can counterbalance and tame strategic rivalry from getting out of hand.

Only a concerted and collaborative effort by the major powers, which are also the top emitters of greenhouse gases, has a chance to accelerate the transition away from fossil fuels and their attendant wars rapidly enough to make a difference.

Mediocre statesmen and women will dismiss planetary realism out of hand as naïve, utopian and unworkable. But not to seize the present opportunity to break out of the patterns of the past is to follow a failure of imagination to the grave of our own digging. If a rupture as profound as the one we are going through fails to unleash a vision equal to the challenges it poses, then it is hard to envisage what might. 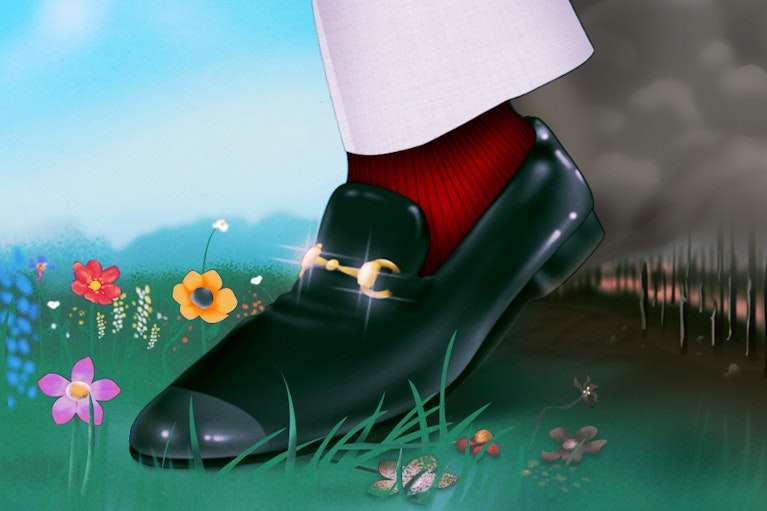 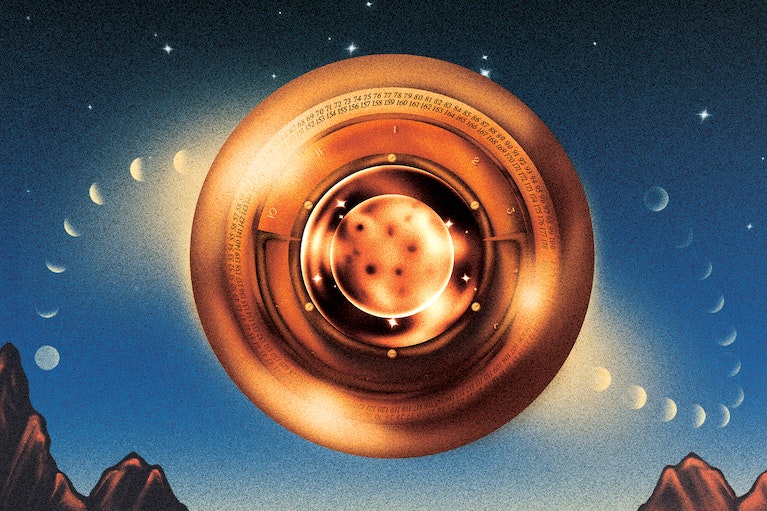