The challenge to open societies today comes from all sides. 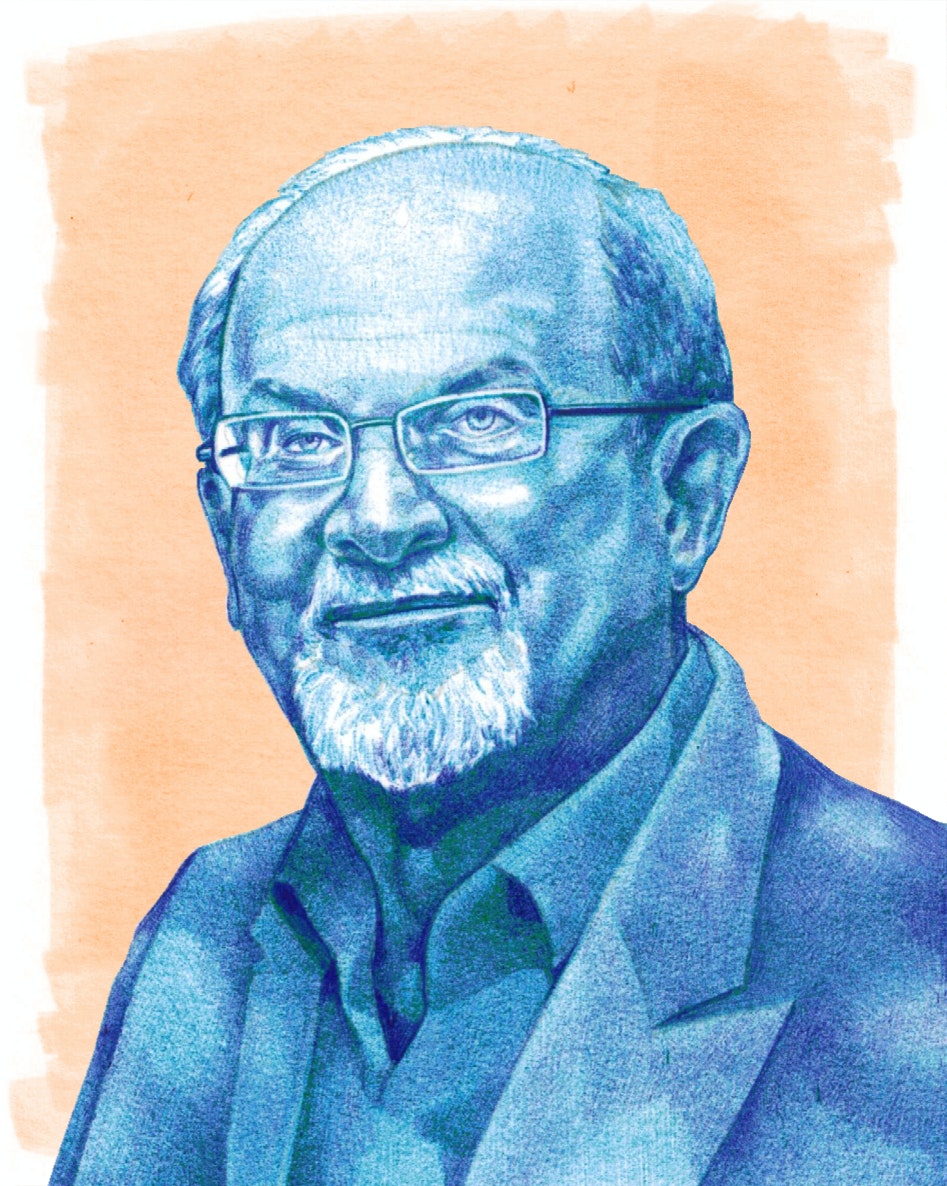 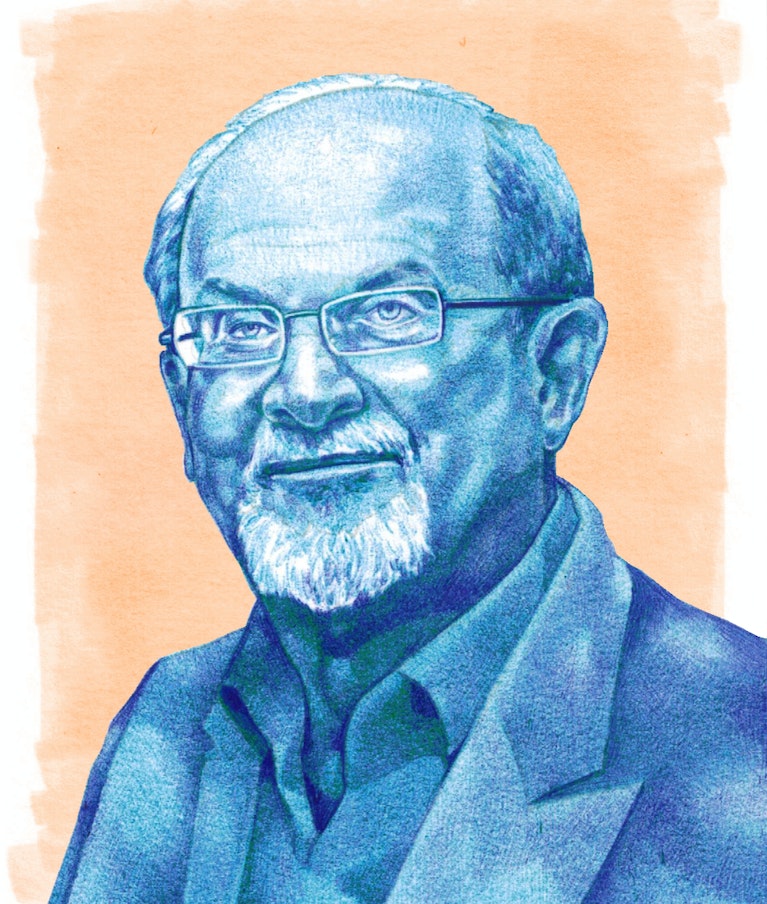 Thirty years after Ayatollah Ruhollah Khomeini’s fatwa against Salman Rushdie, a pious loner from the lurking class of fragmented identities right out of the very novel for which the Indian author was condemned found his target. The civilizational clash that led to Rushdie’s condemnation only appeared dormant in recent years because it has morphed into a much broader form.

At its core, the clash is about the hybrid impurities and plural truths of open societies wrought by globalization versus the hardened sense of collective identity that regards the unbeliever, the different or the unlike-minded as the enemy. This pursuit of pure states of being — whether ideal pasts, utopian futures, superior races or true religions — is in the end totalitarian and in conflict with the diverse disposition of human nature.

Rushdie’s “The Satanic Verses” and the fatwa that followed were an early indicator of how the cultural dislocations of globalization set in their stead a cascade of interrelated reactions.

A decade after he published his novel, the clash of civilizations came to blows on American soil on 9/11. The ensuing Middle East wars unleashed a wave of refugees and immigrants to Europe, the backlash against which helped foment neo-nationalist and populist movements that remain robust, as we are seeing these very days in Italian politics. Conjoined with the economic disruptions of interdependence, then came Brexit and the anti-immigrant, anti-globalization phenomena of Trumpism in the United States, mirrored in its symbiotic twin of radical identity politics.

Frictions Of The Global Collage

Today, the frictions of global inter-connectedness, within societies and across borders, are overwhelming the fusions. In retrospect, there is a clear line from there to here that is evident when looking back to the time when Rushdie’s novel first caused such a stir.

“Of what relevance is Salman Rushdie’s ‘The Satanic Verses’ in the City of Angels?” I asked in an essay in the Los Angeles Times in 1989. “Why does this celebrated tale of self-doubting Muslims in London and Bombay resonate so in the corner mini-malls and polylingual schools of this city of migrants?”

In that article, which was written just after a scheduled interview with the writer was canceled at the last minute when the fatwa descended, I went on:

“The Satanic Verses” is really a novel about the metamorphosis of the contemporary world brought about by migration and communication. It is about the conflicts within individuals and between cultures that result from the immediate juxtaposition in time (mass media, telecommunications) and space (migration) of very different world views and civilizations. It is a novel about the conflicts and spiritual dislocation of fragmented individuals in a fragmented world wrestling with its plural identities. “The Satanic Verses” is a novel about the frictions of the global collage, the kind of frictions that transpire daily in global cities like Los Angeles, which have no identity other than their plurality: We are a little bit Seoul, Saigon, Taipei, Hong Kong, Mexico City, Managua, San Salvador, Tokyo, even Tehran.

In Rushdie’s celebrated work the traditional world is blown apart by the metamorphosing agency of a 747 jumbo jet. “Up there in air-space,” the author writes, “in that soft imperceptible field which had been made possible by the century and which, thereafter, made the century possible, becoming one of its defining locations, the place of movement and of war, the planet-shrinker and power-vacuum, most insecure and transitory of zones, illusory, discontinuous, metamorphic–because when you throw everything up in the air anything becomes possible.”

Rushdie speaks of migrants who ply the routes between different worlds as “fragments, absurd, debris of the soul … (with) broken memories, sloughed-off selves, severed mother tongues, untranslatable jokes, extinguished futures, lost loves, the forgotten meaning of hollow, booming words, land, belonging, home.” These migrants from the past long for the certitude of origins but only “embrace air.”

As a Bombay-born Muslim, Rushdie must ask himself the same questions as the other 900,000 Muslims residing in Britain: “Am I Indian, Pakistani, British?” Like Dr. Aziz, a character in one of Rushdie’s earlier novels, “Midnight’s Children,” who loses his faith because he is unable to accept the unarguable absolutes of religion, Rushdie is left “with a hole inside, a vacancy in the vital inner chamber.” In the way of the Westerner, Rushdie the immigrant turns from faith to literature as the medium of his doubt and reconciliation between worlds, between past and future.

“What I am saying in ‘Satanic Verses’,” Rushdie has remarked, “is that we have got to come to terms with our plural identities. We are increasingly becoming a world of migrants, made up of bits and fragments from here, there. We are here. And we have not really left anywhere where we have been.” Just as migration transplants other pasts into our present, the information age carries our present time into the otherworld of Islamabad, Khartoum, Tehran.

The furor caused by the Ayatollah Ruhollah Khomeini’s death sentence of Rushdie mimics the very theme of “The Satanic Verses.” Rushdie’s life could be at risk only in the very kind of world that his novel describes–a world of global integration in which the blasphemous can engage in a fatal “war of nomenclatures,” a clash of faiths and languages. It is the Word against words. Milan Kundera has said that the novel is able to exist in the West because it requires ambiguity and relativity, not a unique truth that must be conformed to. Rushdie the novelist, like the Western novel itself, blasphemes the absolute; Khomeini blasphemes the only sacred values of the West: skepticism, relativism, pluralism and tolerance.

I concluded at that time as the Soviet Union was about to collapse, “Now that the Cold War has lost its impetus, it seems our new preoccupation will be with the Battle of the Novel, or as Rushdie himself prefers to put it, the War of the Word — a drama of struggle between different civilizations that must live in one interdependent world.”

Identity Politics And The Civilizational State

All this remains as true today as then, but more so in the sense that the battle over the idea of the novel has become borderless with the proliferation of figurative ayatollahs both domestic and foreign.

It is taking place in schools across America as populist demagogues fear monger about gender-related literature and critical race theory in textbooks. And the open cultural climate that once characterized universities is today constrained by a chilling atmosphere of identity-obsessed political correctness no less narrowly illiberal in its own way.

On the global level, the post-Cold War period that first yielded to an amorphous clash of civilizations has now consolidated into what Bruno Maçães calls “the attack of civilizational states.” Though not monolithic within, the reigning authorities, and likely the majorities behind them, in states such as Iran, China, Russia, Turkey and India are pushing back with all the weight of their traditionally cultivated ways of life against the liberal order of the West, where there is scant cultural consensus other than the possibilities of pluralism.

Thankfully, Salman Rushdie is reported to be recovering from the very kind of knife assault he once discussed in a conversation about the mind of jihadists in his later novel “Shalimar the Clown.”

But this episode out of the seeming blue serves as a poignant reminder that the metaphoric fatwas against an open society remain and are coming from all sides. 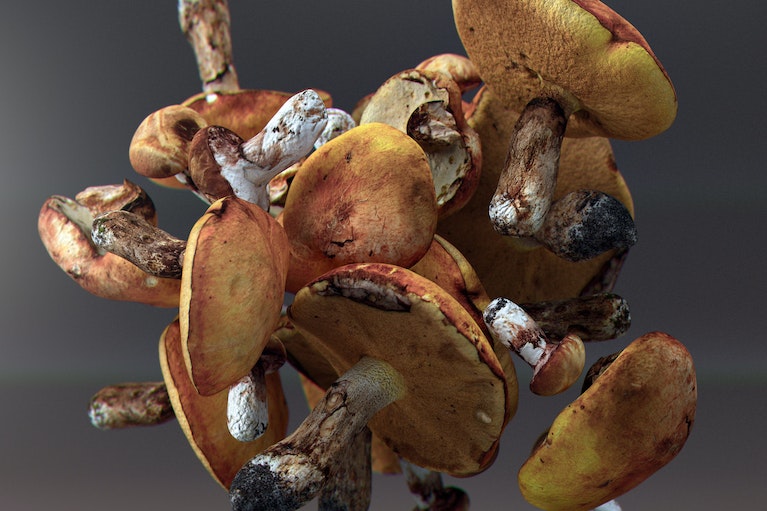 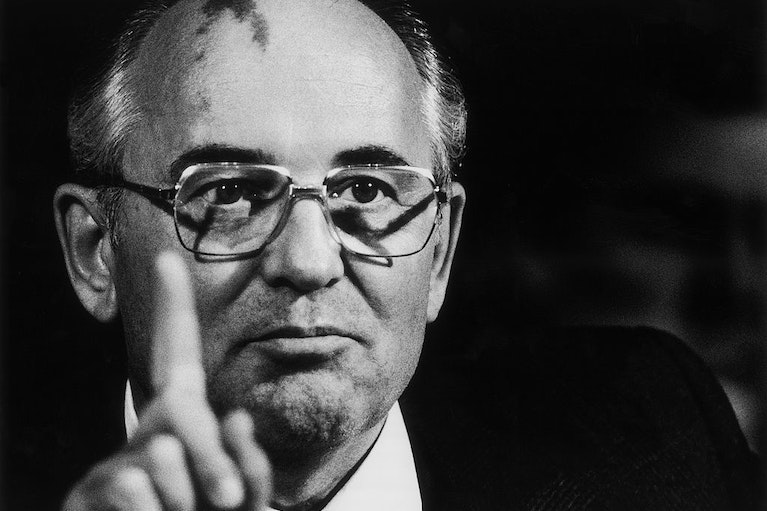