How to mend the breach of distrust between the public and institutions of self-government. 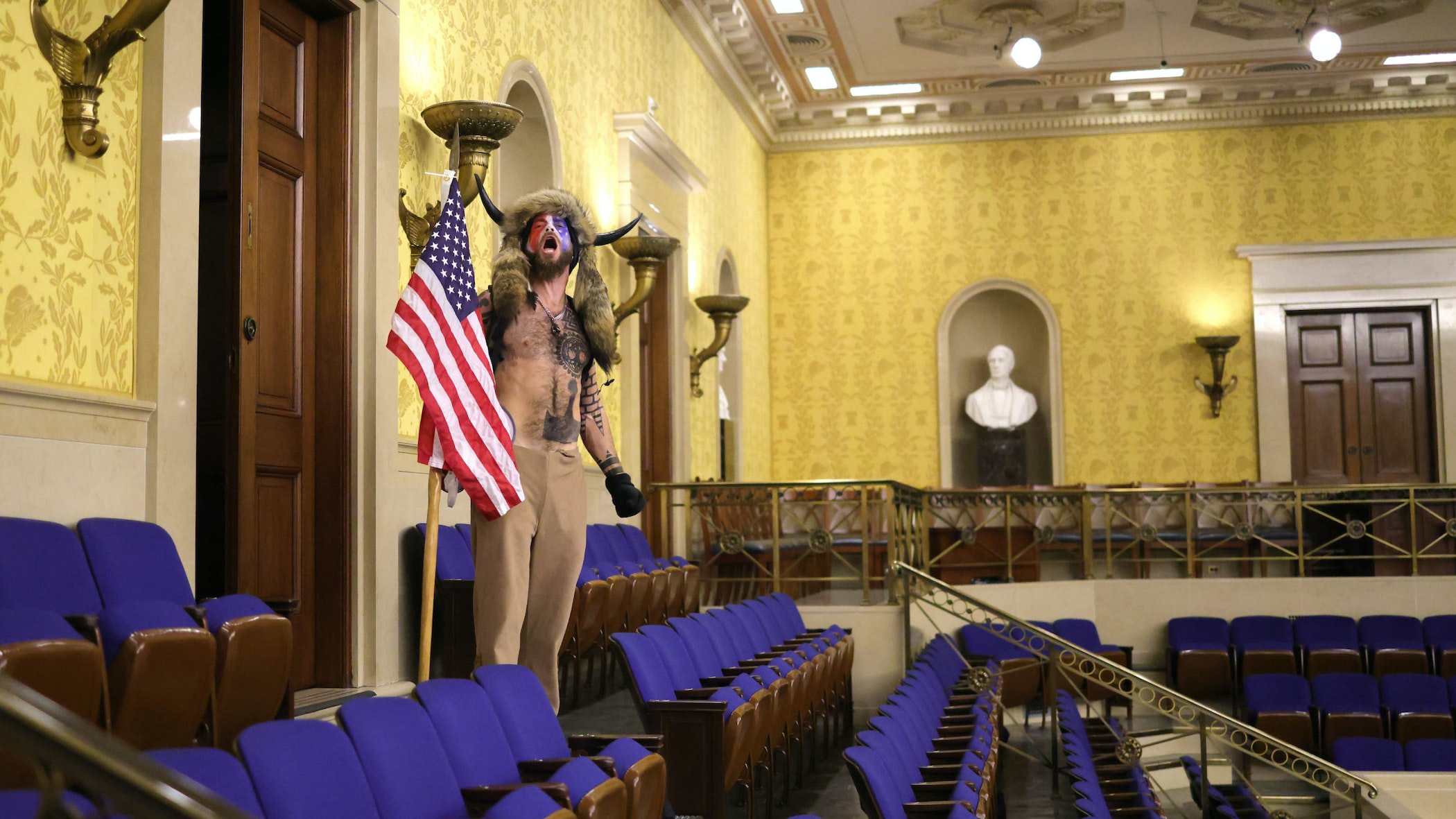 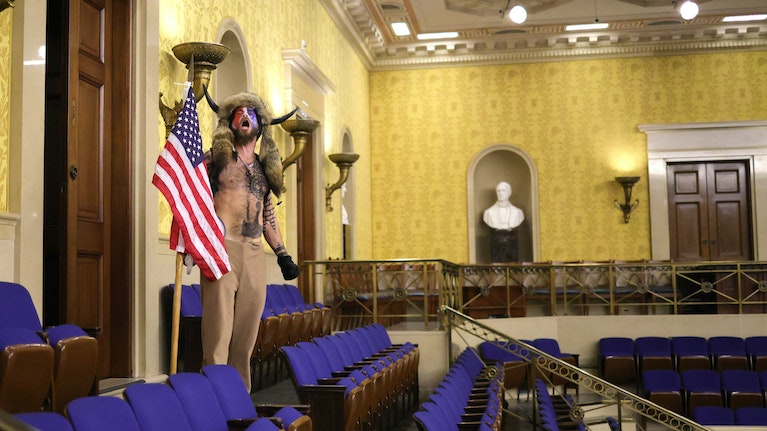 A pro-Trump rioter inside the Senate chamber on Jan. 6. (Win McNamee/Getty Images)
Credits

The surreal insurrection in Washington this week brought two thoughts immediately to mind. First, President Donald Trump’s incitement of the sharpest edge of his base to assault the constitutional handover of power taking place in the halls of the U.S. Capitol reminded me of Mao Zedong exhorting another mass delusionary movement, the young Red Guards, to “bombard the headquarters” as he instigated the Cultural Revolution in China.

Second, it occurred to me that this could be the beginning of the end of the republic so feared by the American founding fathers. It would no doubt surprise many among the commentariat bleating on about the defense of “our sacred constitution” that the word “democracy” does not appear there, nor in the Bill of Rights nor in the Declaration of Independence. Indeed, the founders associated democracy with the very kind of demagoguery and mob rule we saw this week.

James Madison, a key author of the Federalist Papers, famously declared that “Democracies have ever been spectacles of turbulence and contention … and have in general been as short in their lives as they have been violent in their deaths.” John Adams, the second American president, wrote in 1814: “Democracy never lasts long. It soon wastes, exhausts and murders itself. There was never a democracy that yet did not commit suicide.”

For the founders, the key to a stable and enduring system rooted in the consent of the governed was the establishment of filtering institutions of deliberation that would enlarge the view of narrow self-interested constituencies, dispel delusions and dissipate the raw emotions of popular sentiment in order to reach a governing consensus.

It has been the erosion of these mediating institutions in modern democracies that has led to the all-out partisanship and stark polarization that today puts republics at risk just as the founders rightly worried.

When the dust settles in the wake of the Trump turmoil, what remains in America is a deeply divided body politic. The next steps toward repair must go beyond “putting our partisans back in power” or the lame attachment to forms of government that have become dysfunctional. Neither answer the pressing question of how to govern open societies in the 21st century.

For all the focus on the sacredness of elections in these heady days, much of what makes democracy work is elsewhere. We have to think outside the ballot box to restore the political culture and practices of deliberation that enable effective and inclusive governance. Deeper citizen engagement is the only alternative to the temptations of authoritarian rule at a time when representative government is in crisis as its legitimacy wanes.

America today, in particular, is mired in a cultural and political civil war. On the one hand, we are beset by populist demagoguery, on the other by cancel culture, both fueled by the participatory power of social media. As we saw in the November presidential elections and their dismal aftermath, when partisans vie for power by any means necessary, divisions are only deepened.

One path out of such polarization is to invite the broad civil society between the partisan extremes into governance through new institutional arrangements that enable and encourage negotiation and compromise to reach consensus.

Since social networks have drawn more players into the political fray than ever before, never has the need been greater for new institutions and practices that can sort out the cacophony of voices, the welter of conflicting interests and the deluge of contested information.

Mending the breach of distrust between the institutions of self-government and the public in this way can be called “participation without populism.” That means integrating social networks and more direct democracy into the political system through new deliberative institutions that complement representative government.

Deliberative democracy is where a random sampling of citizens indicative of the public as a whole gathers in a neutral, non-partisan environment to hear experts present validated facts and deliberate policy choices that inform the decisions of government, parliaments and public referenda. To borrow some lingo from the COVID battle, deliberative democracy is an anti-inflammatory therapeutic for the body politic.

This approach of deepening democracy through the direct engagement of the average citizenry circumvents the inexorable tendency of organized special interests, who have the time and resources not available to the unorganized public, to dominate representative government and set the agenda. In many ways, the fetish of elections as the hallowed pillar of democracy can lead to the aristocracy of an insider establishment that perpetuates itself.

This updated way of deliberation in modern mass society has been proven in practice. The best examples of late have been the Irish Citizen’s Assembly on abortion, which came to a consensus on removing an anti-abortion clause from the constitution, and the French Citizens’ Climate Convention, which was assembled in the wake of the “gilets jaunes” protests over fuel taxes to curb climate change. Over six weeks, the assembly deliberated and proposed policies that took into account the concerns of the average citizens invited into the process. Their recommendations are now being implemented by the government. At the end of that process, President Emmanuel Macron said “You have shown that it is possible on even the most difficult, flammable subject to create consensus.”

As urgent and necessary as restoring the norms and bolstering the institutional checks and balances of governance the Trumpists sought to demolish may be, it is not enough to heal America’s wounded republic going forward. If nothing else, this week’s insurrection should be a wake-up call that it is way past time to renovate democracy and not simply return to the complacency of the status quo.