ORDOS, China — This is a city that was built too big for its britches. Rising up from vast deserts of northern China, Ordos is an oasis of 21st-century glamor, one that made international headlines in 2010 as a futuristic mega-city without a soul in sight.

Located in the vast northern Chinese province of Inner Mongolia, Ordos is home to an estimated one-sixth of the country’s coal reserves. Exploiting these massive coal deposits created hundreds of overnight millionaires and giddy local officials who poured money into the main storehouses of economic value in China: infrastructure and real estate. Ambitious urban planners mapped out a new district in Ordos — essentially a city in its own right — called Kangbashi. Built between 2005 and 2010, Kangbashi was designed as a mix of wide-open urban space and gaudy new structures. Mile upon mile of cutting-edge architecture, including high-rises, stadiums and arts centers, sprung up from the desert sands, ready to house and entertain the expected 1 million future residents. 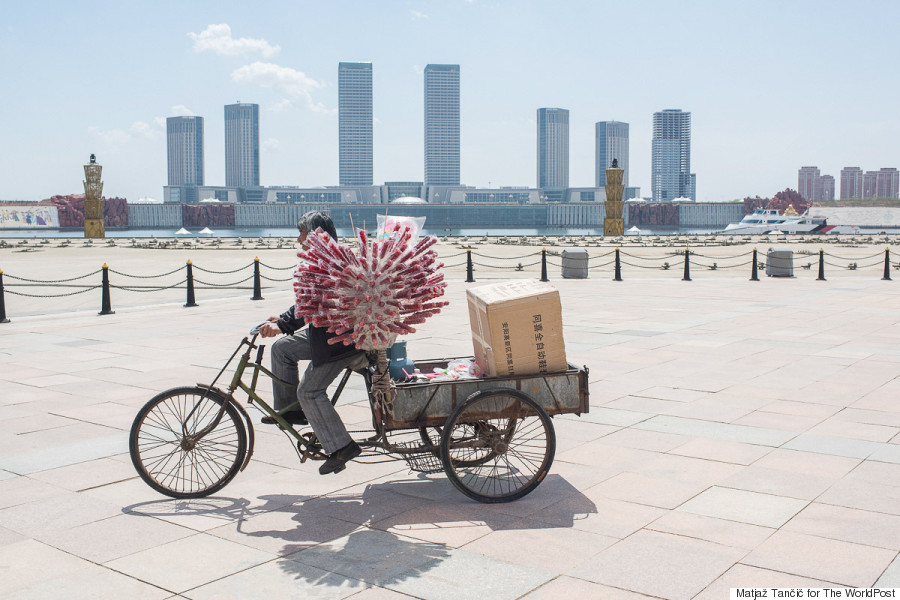 But that human influx has been slow coming. With few truly indigenous industries or urban centers nearby, the city failed to attract many new migrants. Instead it was media that flocked to Ordos, turning the city’s abandoned boulevards and empty office towers into a metaphor for a massive bubble in real estate markets that they warned could pop any day. 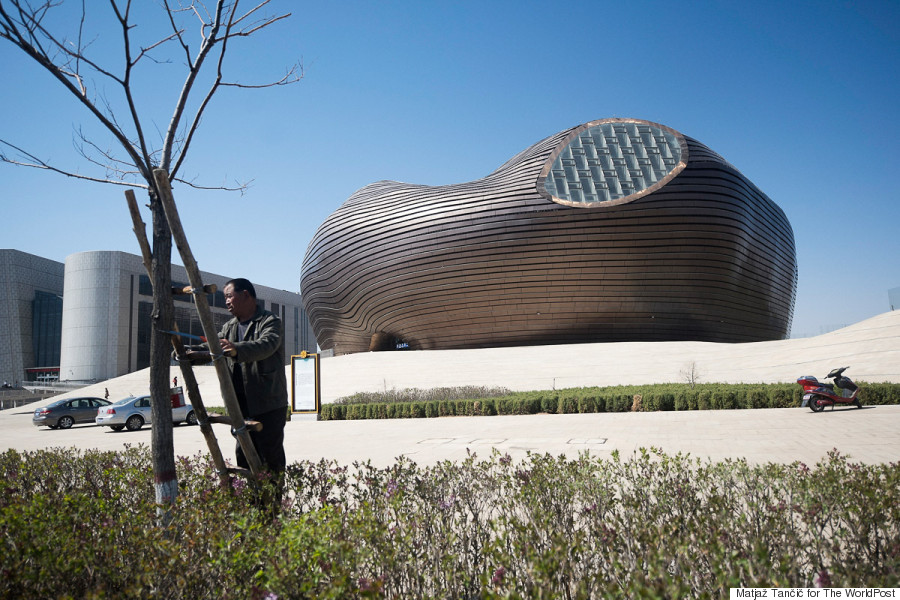 A caretaker at work outside the futuristic Ordos Museum The resulting “ghost city” label became a major embarrassment for local officials. In response, the city government doubled down on efforts to draw local farmers to Ordos with generous compensation and free apartments, a process captured in the documentary “The Land of Many Palaces.” The initiative met with some success, but certainly was not enough to populate the entire city.

City officials have also fought for — and won — the right to host events, ranging from the Miss World pageant to China’s National Traditional Games of Ethnic Minorities, in their gorgeous sports stadiums, concert halls and convention centers. 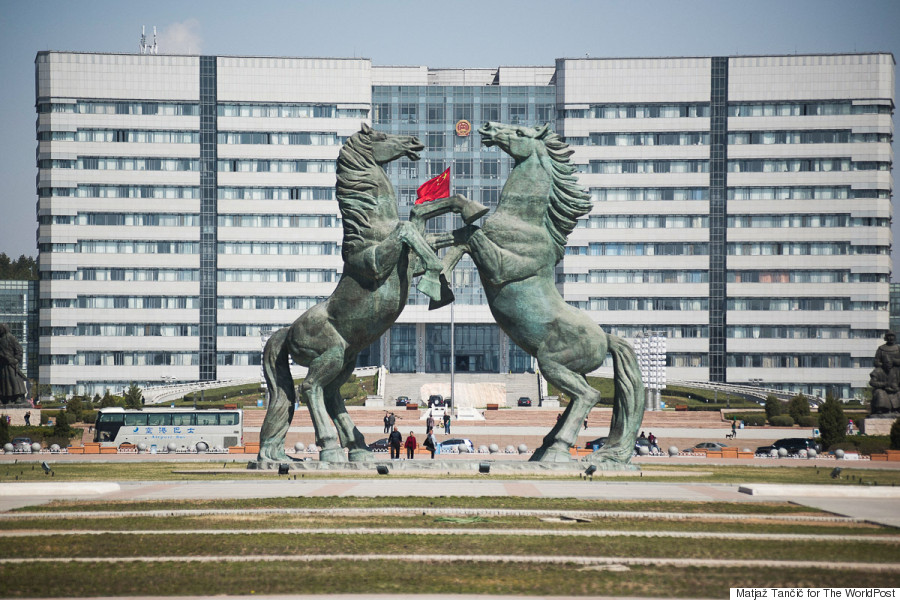 The city’s iconic horse statue stands outside of the local government offices. Horses are the adopted symbol of the city, which sits in the midst of the Chinese province of Inner Mongolia. Today, Ordos’ Kangbashi district sits somewhere between the fantastical visions of its founders and the “ghost city” that haunted media reports. The district’s population reportedly hovers around 100,000 people, representing huge growth compared to previous years but still just a small fraction of what the city was built for. Abutting the city’s futuristic museum and library, a food court verges on bustling at peak hours, and surrounding streets are developing the informal economy of food carts and black cabs found across urban China. 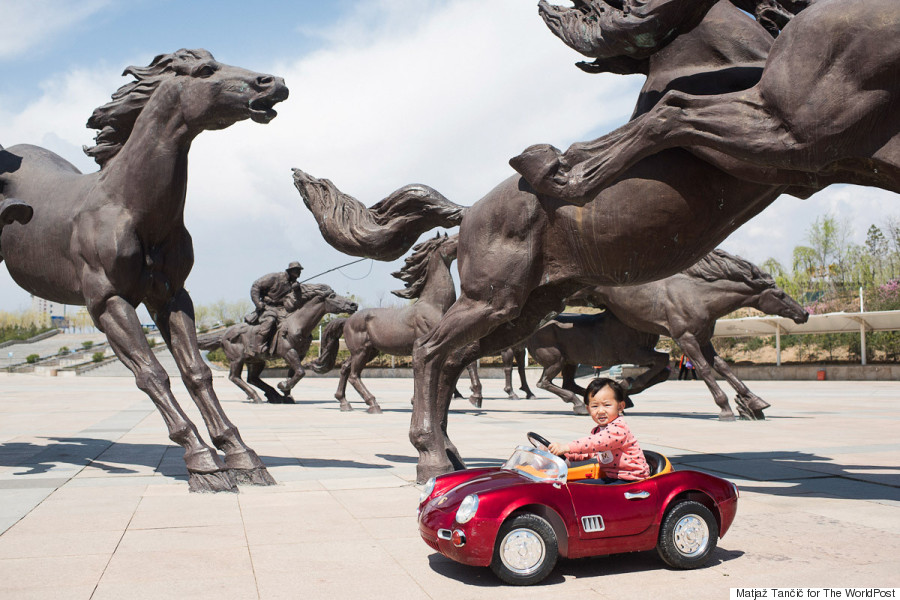 Smatterings of tourists and locals stroll around the city’s waterfront, enjoying a cityscape free from the maladies that haunt other Chinese metropolises: suffocating air pollution, constant traffic gridlock and crushing crowds on public transportation. As a grand experiment in urban planning, the future of the city remains as uncertain as ever. Ordos rode China’s coal boom for nearly a decade, but the last year has seen the bottom fall out from under coal markets and the steel and cement plants they powered. Natural gas reserves and new factories may provide a backstop, but it’s a far cry from the heady days of coal mania. With the city’s main economic lifeline faltering, a tangled web of public and private debts remains to be unraveled.

Those worries likely preoccupy the coal barons and city officials who poured astronomical sums of money into building the gleaming new Ordos. But for some residents who came away from the boom times with their first apartment and a taste of urban life, Ordos remains just a place to live, and not a bad one at that. 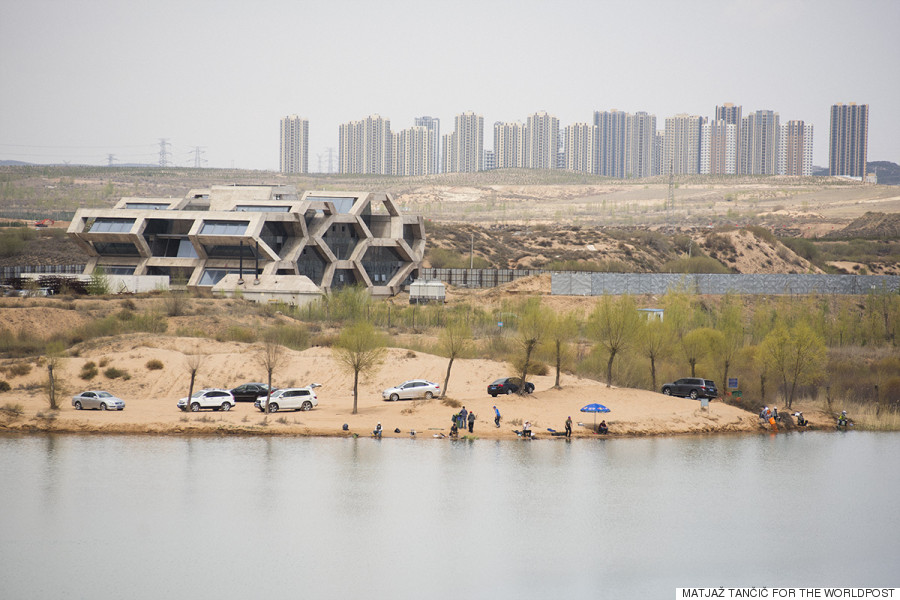 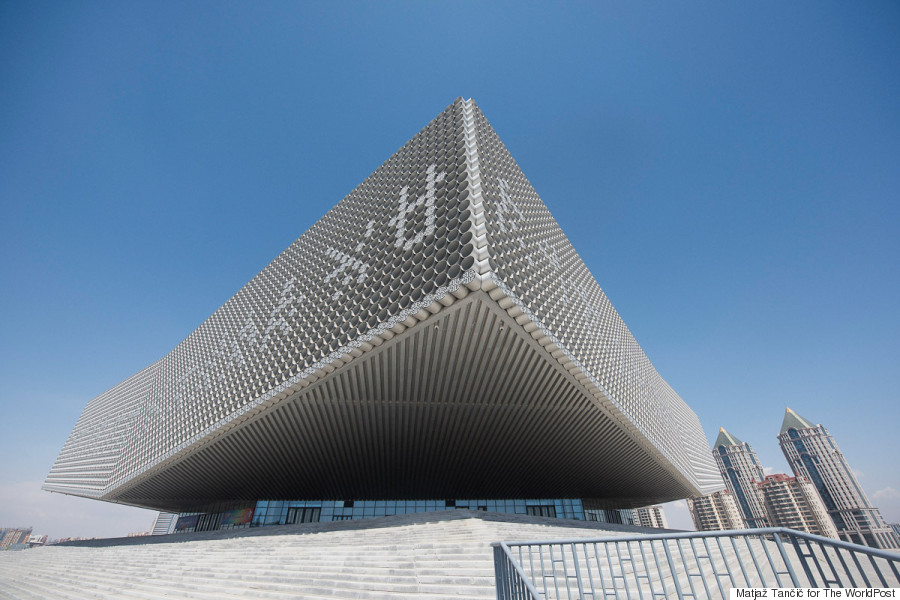 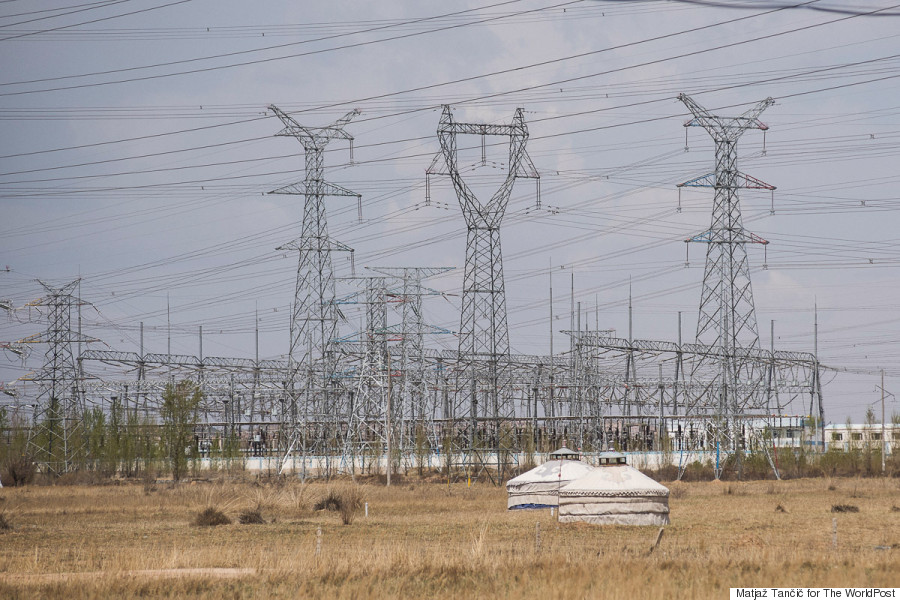 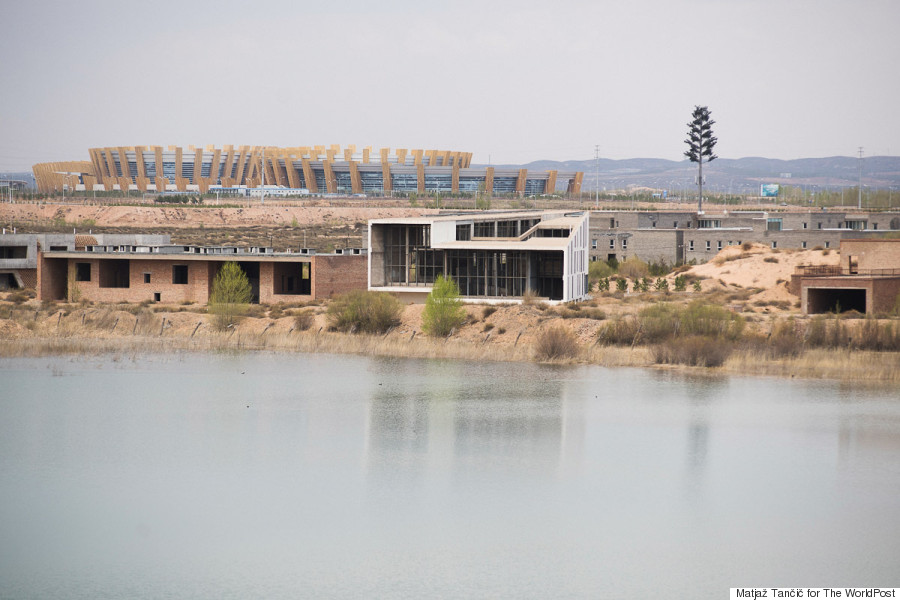 The vast sports stadium complex in the distance will host China’s National Traditional Games of Ethnic Minorities later this year. 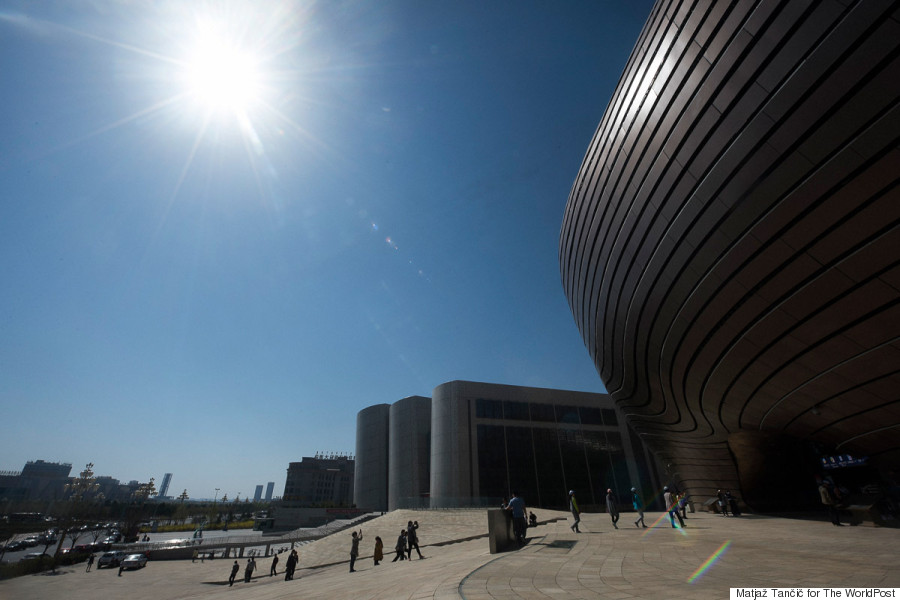 The Ordos Museum and its neighbor, The Library of Ordos 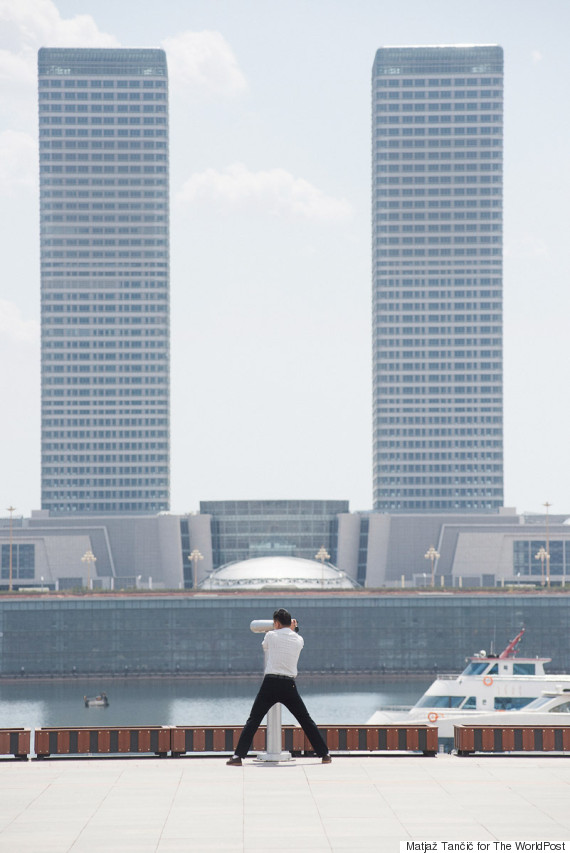 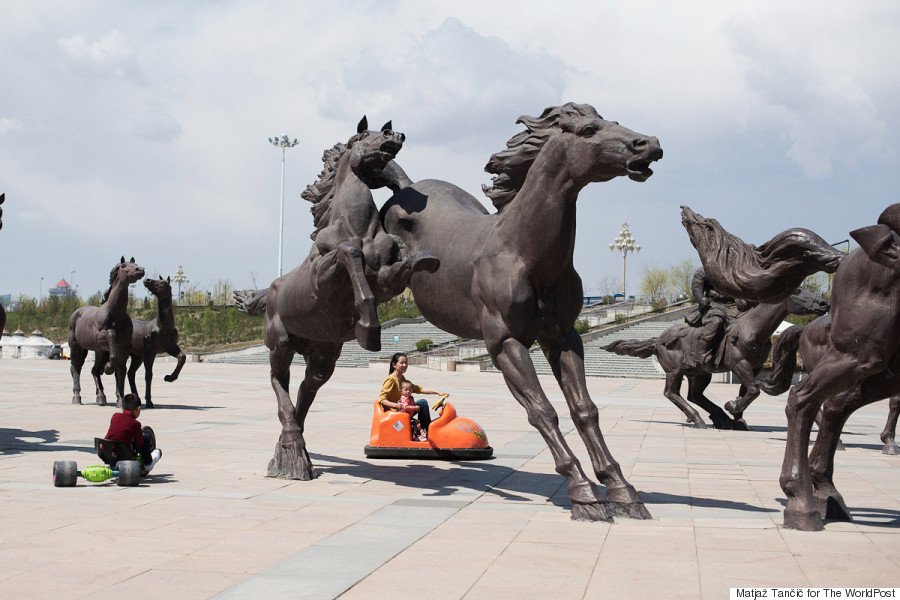 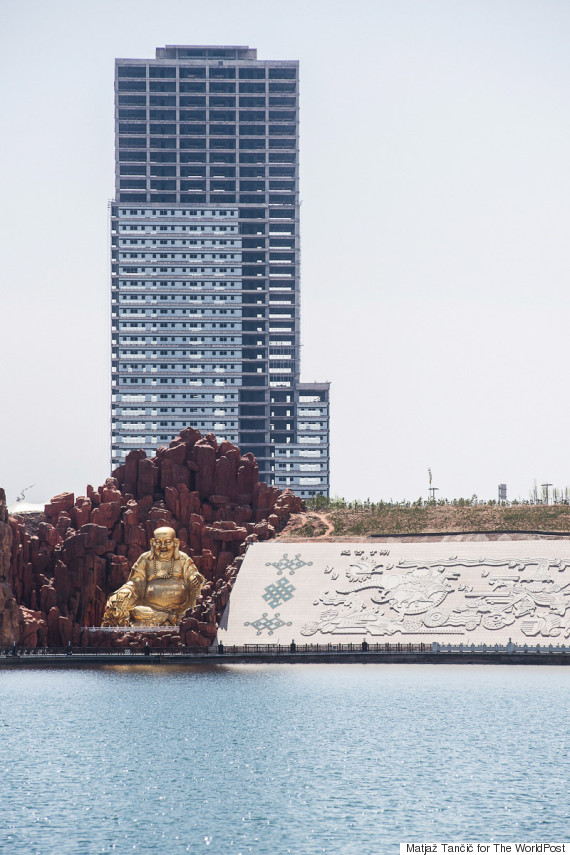 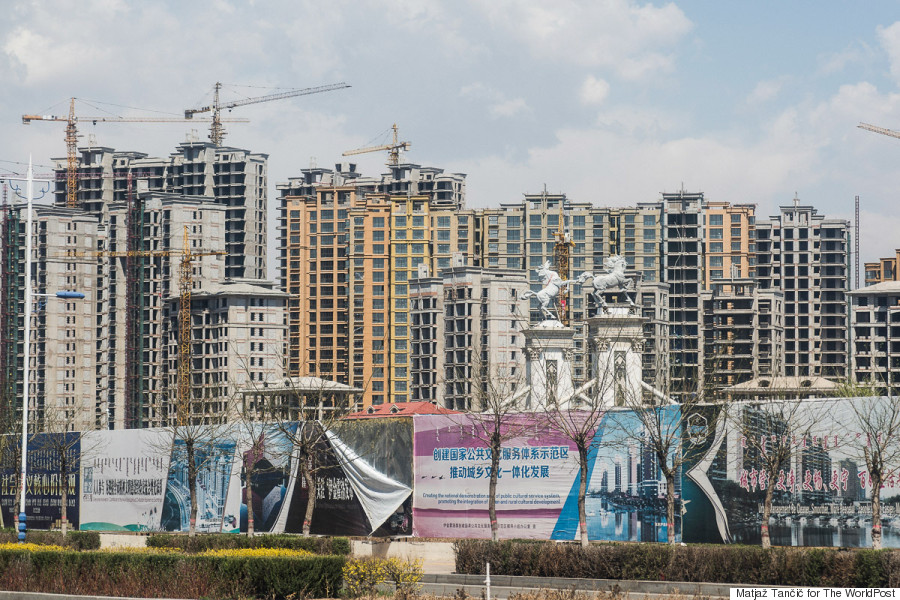 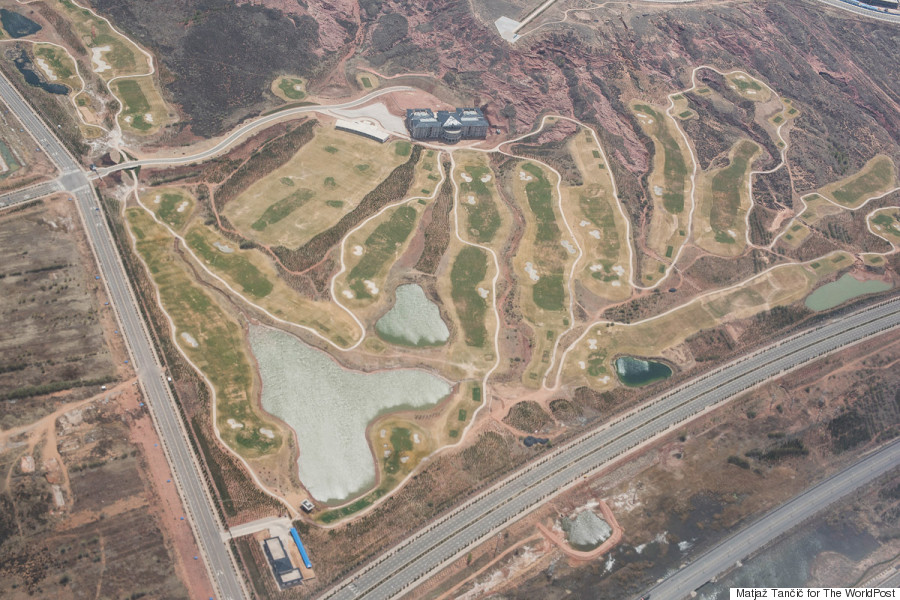