KILIS, Turkey — Outside of a Turkish bus station, weary travelers shuffle past a taxi driver shouting “To the fence!” in Arabic, offering rides to those wanting to be smuggled across the Syrian border just a couple of miles away.

A Syrian family with five young boys sits cross-legged in the dirt nearby, meager belongings strewn around them. But unlike those who pass by in a hurry, this family has nowhere to go.

Syrian regime airstrikes flattened their home in Aleppo, Syria’s largest city, three months ago. Barefoot and terrified, they fled with nothing but their lives — no valuables, no passports, no plan. Like many Syrians who have come before them, they hired a smuggler to take them across the border to Turkey. Now, this family of seven is homeless, hungry and waiting for the end of what seems like an endless war. And they aren’t alone. 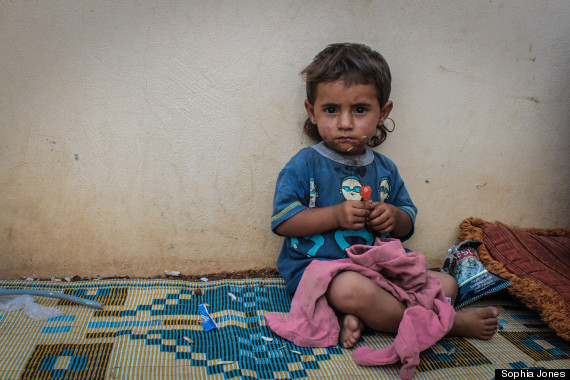 A homeless Syrian child living outside of the bus station in Kilis, Turkey.

Three and a half years into a bloody civil war, more than 3 million Syrians have fled their country in shambles for neighboring Turkey, Lebanon, Jordan, and Iraq. An estimated 1,350,000 Syrian refugees have fled to Turkey, both legally and illegally, according to recent UN statistics. Turkey is struggling to support the massive and desperate refugee population, with Ankara spending well over $2.5 billion to accommodate the steady influx of people.

Over half a million are unregistered, and most are living outside of state-run camps, leaving them vulnerable and on their own as they attempt to navigate a foreign land. Across the country, they can be seen almost everywhere: Begging on chic streets, laying heavy concrete blocks as they work to construct Turkish homes, and sleeping outside of bus stations like this one. While some Syrians have found a good life here, others say it’s just another hell. 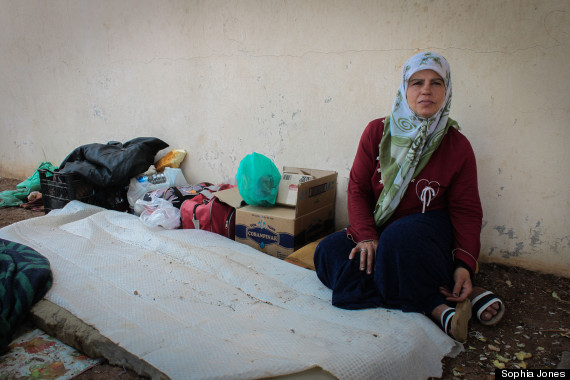 The meager belongings of a Syrian family living outside of the bus station in Kilis, Turkey.

Here at the Kilis bus station, Abu Jamaa’s family members collect whatever they can find to survive: blankets, a few pieces of clothing, a coffee pot, and sometimes, bread. The people inside the station — mothers with young children, families lugging heavy bags, foreigners sporting long beards common among Islamist fighters — barely blink at the homeless Syrians. Many of them have fled Syria themselves or are on their way back, either out of desperation or to help those still inside — or to fight.

Abu Jamaa said his family has been robbed twice by other Syrians who stole his phone and his wife’s wallet. They mostly rely on begging and charity now, with the occasional passerby giving them food, whether it’s a hot meal or a few lollipops for the kids.

“They get hungry,” Abu Jamaa said, humiliated, as his boys played with a scrawny, hungry-looking puppy kept in cardboard box close by. The children have little to play with, and no school to attend. “They’re used to this life of hunger now.” 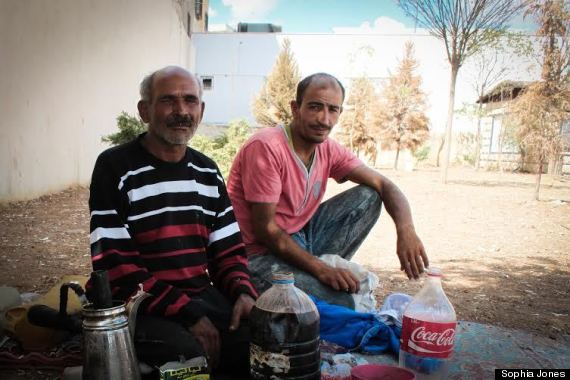