Taiwan Is A Lesson For The West, Not Just China

Participation through digital connectivity can build a governing consensus. 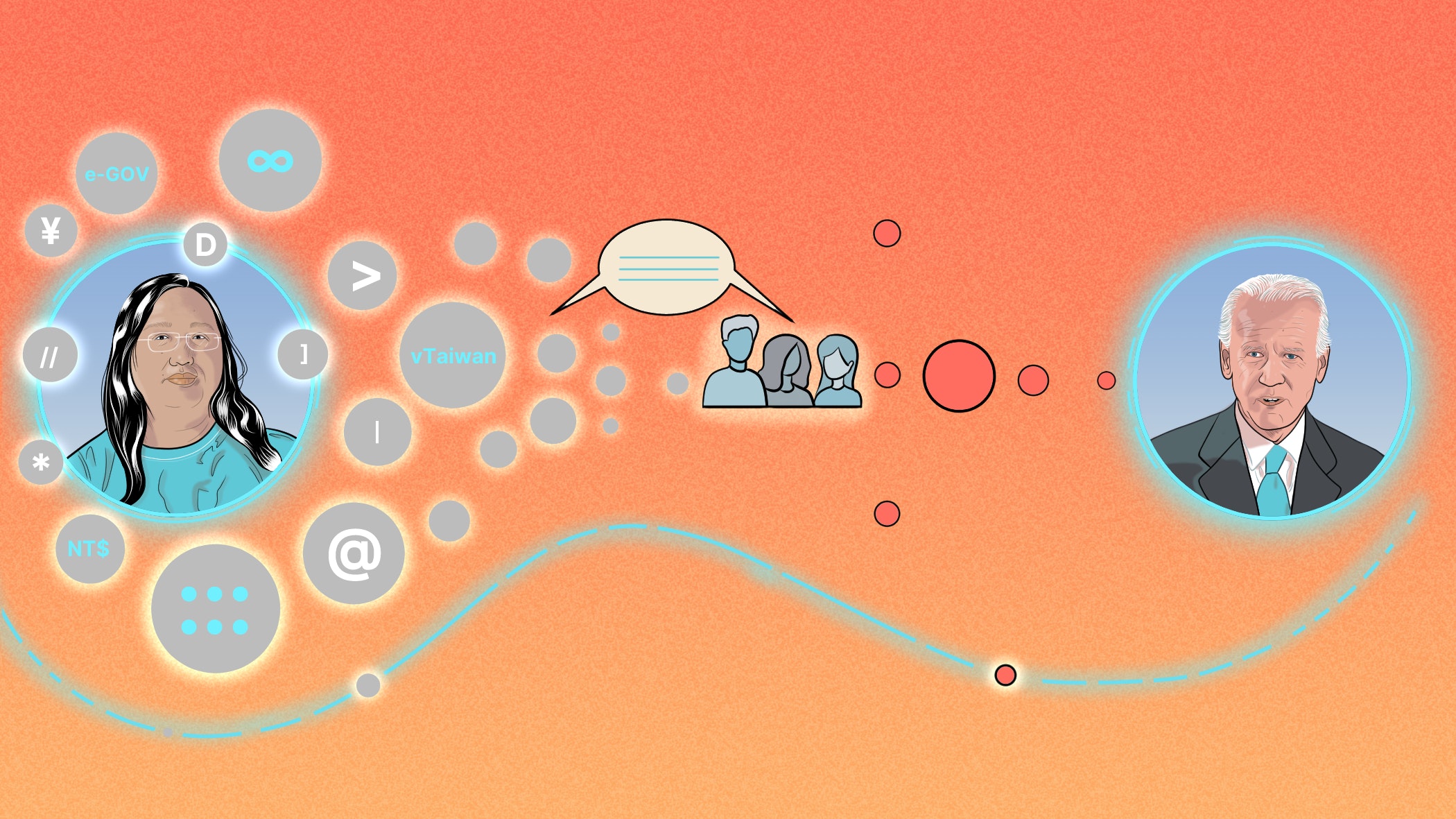 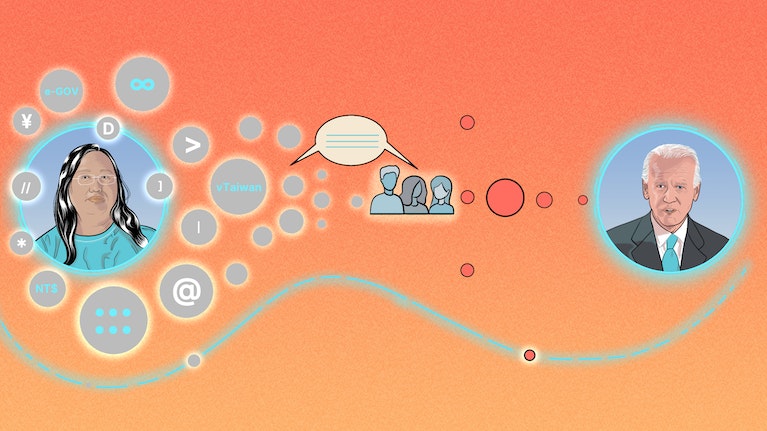 U.S. President Joe Biden’s Summit for Democracy may have inadvertently turned out to be a success, despite an odd cast of dodgy participants (like the Democratic Republic of the Congo, which hardly deserves the “democratic” label) that scarcely hid the agenda of mobilizing a soft global alliance against China. Paradoxically, the provocative inclusion of Taiwan meant to poke the Middle Kingdom in the eye has turned out to shine a light back on the dysfunctional democracies of the West, which ought to have been the focus in the first place.

If Biden’s aim is to challenge China’s one-party system that has lifted hundreds of millions out of poverty and modernized its infrastructure in record time — while the likes of democratic India still lack toilets for 50% of its population 70 years after independence — the way to do that is to show democracy can deliver. China’s performative success challenges democracies everywhere to get beyond endemic polarization and find a way to reach a governing consensus by other than authoritarian means or risk falling into second-class status on the world stage.

And it is here that Taiwan, represented at the summit by its digital minister, Audrey Tang, offers a double lesson for China as well as for all the sharply divided democratic polities across the West from the U.S. to France or Chile.

For Tang, democracy in not just about periodic elections, but about inviting the broader civil society into governance through innovative practices that encourage and enable the reasoned processes of negotiation and compromise to reach consensus on an ongoing basis. This inclusivity combined with the “radical transparency” she promotes has gone a long way toward mending the breach of distrust between citizens and their institutions of self-government that so afflicts democracies elsewhere. In short, she has shown how the collective intelligence of digital connectivity can enhance good governance through “participation without populism.”

As she discussed in an interview last year with Noema, online tools such as “vTaiwan” (virtual Taiwan) have brought ordinary citizens together with experts to find a common position on issues ranging from how to regulate ride-hailing services in Taipei to same-sex marriage. Each year, her ministry conducts a “presidential hackathon” in which 10 million citizens — half the population — participate over a period of weeks in setting the priorities of the governing agenda to which the powers that be are obliged to respond. By integrating social networks into governance, Taiwan has transformed a technology that sows divisiveness in so many places into a tool that brings people together.

“All these ways are to increase the bandwidth of democracy so that the government can respond to people’s needs in the here and now,” Tang told Reuters. “More importantly,” she adds, “new innovations can thrive instead of having to wait for four years, so to shorten the iteration, to make democracy more rapid.”

Responding to criticism of those left out of Biden’s summit, such as Turkey or Tunisia, Tang said: “For all the governments and peoples around the world who feel maybe slighted that they have not been invited as a participant, my suggestion is to double down on realizing democracy so that maybe by the next round we will be sharing the same stage.”

I would add that her advice to “double down on democracy” Taiwan-style should apply as well to all those formally democratic participants in the summit, especially the Western powers experiencing a crisis of partisan deadlock in representative government, that have not yet caught up with the participatory spirit of the times unleashed by the technologies of connectivity. If that happens, Biden’s summit will have been a success.