The 100-Year Cycle Of Change In Democratic Institutions

In the U.S., innovation comes from the states. 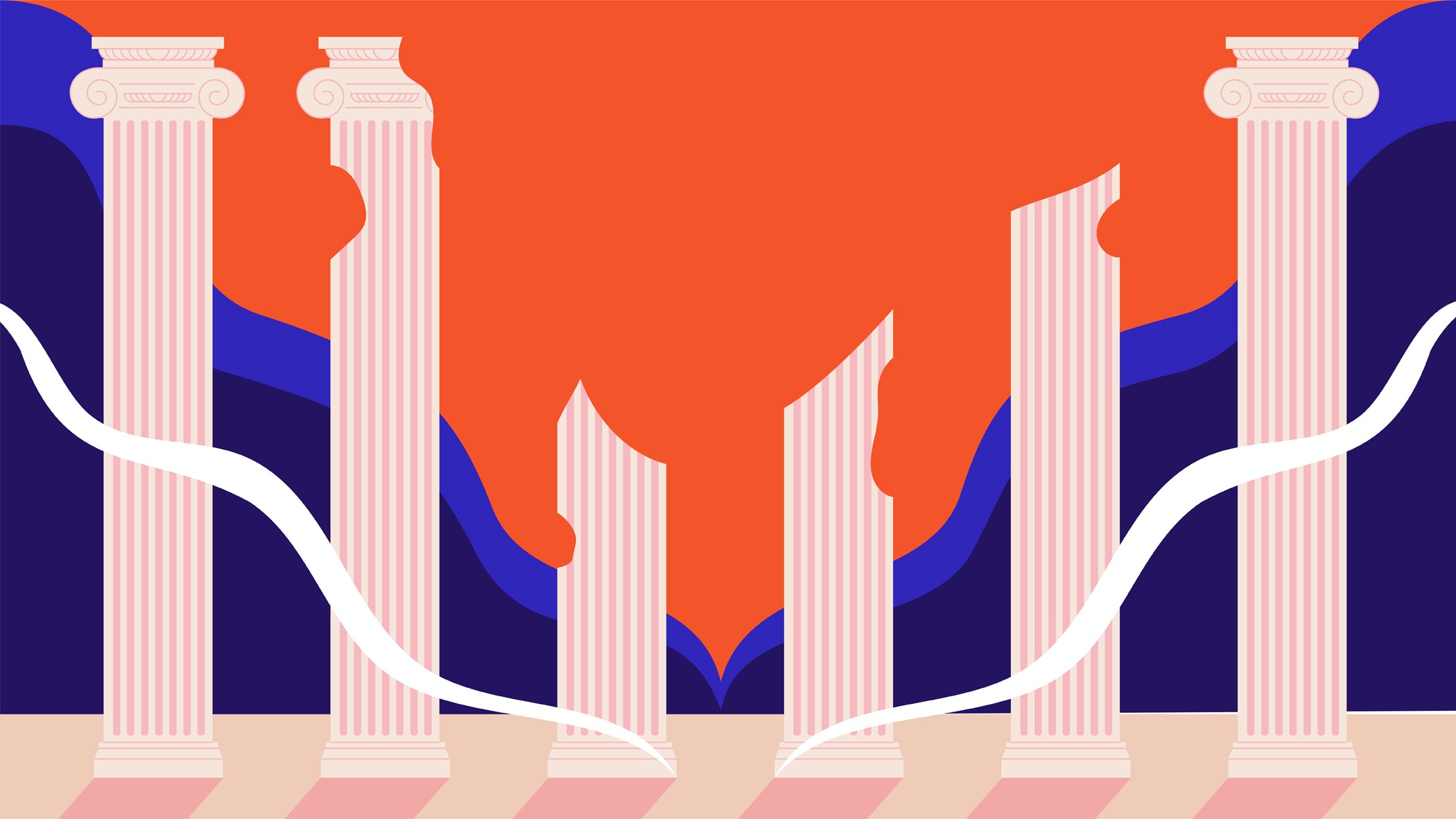 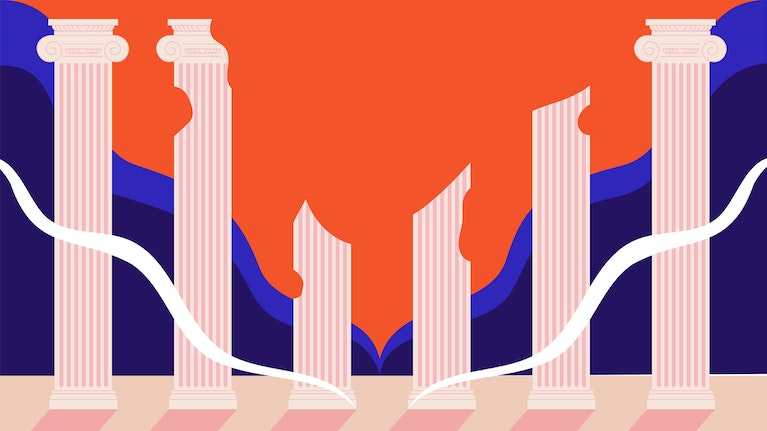 The American political cycle turns in decades, but the cycle of shifts in governing institutions tends to take a century.

As the historian Arthur Schlesinger Jr. famously posited, when either the dominant liberal or conservative agenda exhausts itself, or when its unintended consequences become too manifest to bear any longer, the body politic moves on, looking for an alternative.

In the broadest terms, we see this now: The big government of the New Deal and Great Society that yielded to the Reagan-era politics of “government is the problem, not the solution” is returning to the big-government liberalism represented by President Joe Biden, albeit with the populist variant still stirring in the wings.

“Because the U.S. Constitution is exceedingly difficult to amend, institutional innovation comes first from the bottom up in the states.”

Institutional change takes much longer. And because the U.S. Constitution that rules America’s federal system is exceedingly difficult to amend, institutional innovation comes first from the bottom up in the states.

The American Founding Fathers crafted a republican constitution in 1789 which so distrusted democracy that the word never appeared in any of the founding documents. As James Madison put it, “democracies have ever been spectacles of turbulence and contention” that always end badly. John Adams was even blunter: “Democracy never lasts long. It soon wastes, exhausts and murders itself. There never was a democracy yet that did not commit suicide.” Fear of Trump-like demagogues posturing as tribunes of the people was their greatest nightmare.

What they offered instead was a series of checks and balances on popular sovereignty to keep the public from any direct control over the levers of government — representative instead of direct democracy, an indirectly elected Senate and the independent, appointed institution of the Supreme Court.

From A Republic To Direct Democracy In The States

A hundred years later, as the industrial revolution disrupted the rural idyll in which the U.S. Constitution had been conceived, the Progressive Movement at the early transition to the 20th century sought to circumvent what had become the corrupt capture of representative government by big-city political machines, the monied elite of the Gilded Age and the powerful railroad, financial and oil monopolies of the day by turning to the very direct democracy that was so anathema to the republican Founders.

In this second turn of American democracy, scores of states across the country adopted the initiative that enables citizens to make laws directly at the ballot box; the referendum, which allows citizens to overturn legislation; and the recall, to oust elected officials.

California adopted these direct democracy measures in 1911 and, more than anywhere else, has used them, for good and ill, to sideline the elected governor and legislature and make the most consequential decisions directly at the ballot box.

Just over a hundred years later, this so-called tool of the average citizen has now, too, been captured by big money and organized special interests as well as becoming weaponized by fringe ideologues to press their agenda.

“By deploying the recall, the same ilk that believes the national election was stolen from Trump is attempting to steal the state election back from Newsom.”

The immediate case in point is the recall election against Governor Gavin Newsom slated for September 14. It was instigated by disgruntled Trumpists not because of crime or corruption in the highest office in the state, but because of public health mandates to mask up and get vaccinated during a raging pandemic. Newsom did not help himself by displaying his elite feathers by dining out with others at a time when he had asked the public not to do so, no less in a Michelin-starred restaurant in Napa Valley where he also owns a winery.

By deploying the recall, the same ilk that believes the national election was stolen from Trump is attempting to steal the state election back from Newsom. The governor won his election in 2018 with a hefty 62% of the vote; yet under the recall rules, if less than 51% vote to keep him in office, any contender who gets the highest count running to replace him — even if that count is as little as 20% of the electorate that turns out — will win.

This is only the tip of the scandalous consequences that flow from California’s corrupted direct democracy system.

As far back as 2009, then California Supreme Court Chief Justice Ron George asked, “Has the voter initiative now become the tool of the very type of special interests it was intended to control, and an impediment to the effective functioning of a true democratic process?”

That question was answered in spades last year when Uber, Lyft and other like businesses spent a record $200 million-plus in a referendum to successfully overturn legislation that would make their independent contractors into employees. For the chump change they spent on the election, the market valuation of Uber and Lyft was up $13 billion the next day.

Clearly, a hundred years on, it is time for a change. One obvious reform to stem abuse by special interests would be to require a transparent listing on the voter ballot of the organizations and individuals funding pro and con campaigns. Since the U.S. Supreme Court has ruled that money is free speech, an outright ban on the self-interested commercial abuse of the public ballot is not possible.

Beyond this, power should be returned to the people in a properly mediated way. That would entail creating “citizens’ review panels” so that a disinterested body indicative of the electorate as a whole can weigh in independently for the public interest when special interests and hyper-partisan warriors are battling it out on the ballot.

The idea is to regularly assemble a randomly selected group of citizens fitting the profile of the public in terms of race, gender, age and region to deliberate key measures that have qualified for the ballot. This body would gather in a non-partisan environment insulated from the hype and rancor of electoral campaigns. Like a jury, they would hear from experts on the impact of the measure and from pro and con partisans. They would then honestly and objectively explain the implications for the voter in a statement in plain language that would appear on the ballot as a kind of Good Housekeeping Seal the public knows they can trust amid the onslaught of biased propaganda with which big money or demagogic messaging showers the airwaves and social media sites. To be effective, this body should be sponsored and housed within the office of the California secretary of state, which runs elections.

The Third Turn Of American Democracy In California

This citizen-centric participation that passes through a filter of deliberation in which experience, expertise and trusted information are brought to bear on a given issue should apply to initiatives, referendums and qualified recall efforts. The latter could simply be sensibly amended as well to only remove an elected official like the governor, who would be replaced by the lieutenant governor, also a state-wide elected official, until the next general election.

“Restoring the institutional equilibrium through mediated popular sovereignty is more critical now than when America was founded since peer-driven social networks have drawn more active players into the political fray than ever before.”

While giving citizens a direct voice in governance, as the Progressives wanted, this institutional innovation would also interpose the kind of deliberative ballast the Founders considered essential to avoiding the suicide of republics. If anything, restoring the institutional equilibrium through mediated popular sovereignty is more critical now than in their day, since peer-driven social networks have drawn more active players into the political fray than ever before.

If the nation’s most populous state adopts such renovations, as many are calling for in response to the recall election, it will mark the beginning of a “third turn” in American democracy that portends institutional innovation elsewhere in the nation.

What the Economist wrote a decade ago when discussing potential fixes to direct democracy in California applies even more so today. In a cover essay titled “Where It All Went Wrong: A Special Report on California’s Dysfunctional Democracy,” it said: “The next few years in California might see perhaps the liveliest debate on freedom and governance since the Federalist and Anti-Federalists argued in 1787-88 about whether or not to ratify America’s new constitution. Lovers of freedom and liberty everywhere will study that old debate. They will now also pay attention to California’s, for it will provide lessons for everyone.”