The Arbitrariness Of Citizenship

It makes sense to expand local voting rights to everyone who lives and pays taxes in a community. 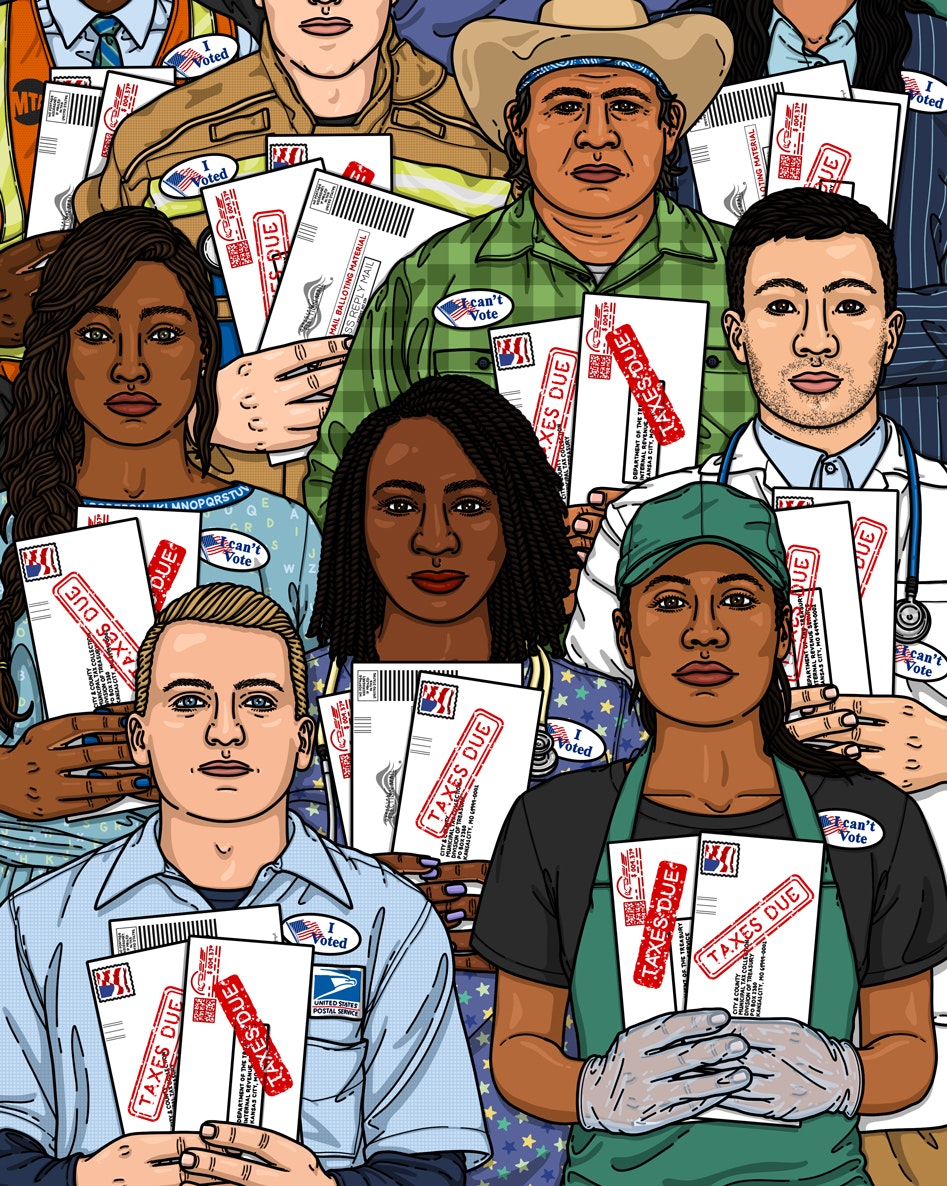 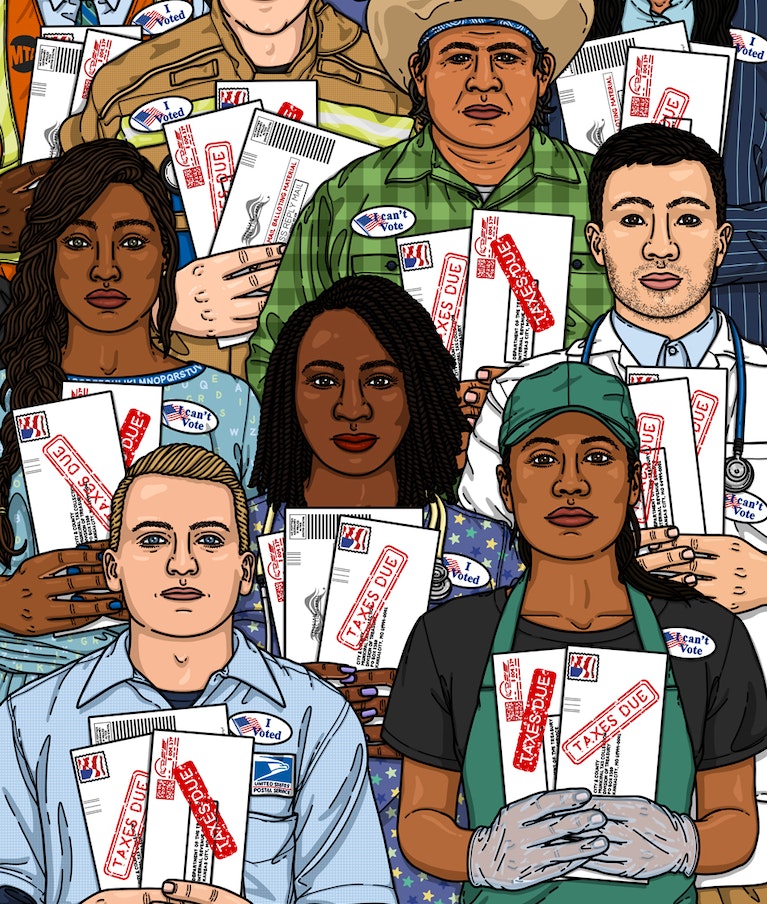 Rosa O’Hara is a staff writer at Noema Magazine.

Melissa John believes deeply in democracy — as a Bronx elementary school teacher, she explains to students how local elections shape daily life in their neighborhoods, and she founded a group to promote civic engagement among immigrants last year. But while she has paid city, state and federal taxes since she acquired a work visa 16 years ago, she has never voted in a U.S. political election. Until recently, as a green card holder from Trinidad and Tobago, she was ineligible to cast a vote herself.

But on Dec. 9, the New York City Council passed a bill on noncitizen voting, enfranchising nearly a million green card holders, DACA recipients and noncitizens with work authorization (the bill does not apply to undocumented residents). John hopes the bill’s passage could be the catalyst for similar measures in other cities.

Immigrants kept U.S. society going during the COVID-19 pandemic, but many are barred from weighing in on the future of that society at the ballot box. Noncitizens (including undocumented immigrants) in the U.S. pay more taxes than the top one percent, and they are heavily represented among farm and warehouse laborers, as well as in health care and elder care. More than two-thirds of all undocumented immigrants in the U.S. are employed as essential workers, with an estimated 5.2 million people working in frontline jobs in agriculture, food services and housing, among other industries, according to the advocacy group FWD.us. Most have lived in the U.S. for over a decade without any form of political representation.

This disparity highlights how arbitrary a concept citizenship can be in the first place. Nearly 100 years ago, economist John Maynard Keynes called tying the dollar to gold a “barbarous relic,” and a decade later the U.S. came off the gold standard. We might say the same of the idea of tying citizenship to voting rights. To restrict voting at the local level means decisions about schooling, housing and transportation are made by one group of community members (citizens) over another (noncitizens), when all that separates them is an arbitrary circumstance like place of birth or work sponsorship.

“Immigrants kept U.S. society going during the COVID-19 pandemic, but many are barred from weighing in on the future of that society at the ballot box.”

It’s about time we update our understanding of citizenship, which has remained stagnant since the end of WWII, sociologist Aneesh Aneesh told me in a recent conversation. Since then, he said, much of the world has moved away from colonies or empires to more traditional nation states, and commerce and trade became globalized.

Holding U.S. citizenship has little to do with whether one belongs to a community and has a right to a say on local issues. The path to citizenship can be started by investing at minimum half a million dollars through the EB-5 visa program, or through random selection in the diversity visa lottery. Neither requires visa applicants to have strong ties to the U.S. or reside here before USCIS grants applicants permanent residency status. In 16 different sets of sister cities along the U.S.-Mexican border, citizenship is based on what side of the highway or river children are born on.

Meanwhile, noncitizens pay into communities without seeing the full benefits — contributing to disability and unemployment insurance funds, for example, that many cannot later access. Recent statistics show that there are at least 10 million people residing in the U.S. who might fall short of qualifying for these safety nets, even though they may pay taxes and contribute to the unemployment system for years.

The spread of the COVID-19 pandemic highlighted that there are consequences for entire communities if some members slip through the cracks of the social safety net. The lack of a safety net drove people back to their work, for example, even if they had severe health complaints or were living with vulnerable relatives.

“Holding U.S. citizenship has little to do with whether one belongs to a community and has a right to a say on local issues.”

Giving noncitizens the right to vote at a city or state level may encourage politicians to also expand coverage — once people become constituents, elected officials have a greater incentive to pay attention to their concerns. As the late English sociologist T.H. Marshall argued, gaining political rights naturally leads to higher socioeconomic standing.

Noncitizen voting is hardly a new idea in the U.S., though conservative hysteria about voter fraud might convince you otherwise. For the first 150 years or so of American history, noncitizen voting was the norm in many cities and states. Over 40 states have allowed it at some stage, and there is nothing in federal law that prevents allowing noncitizens to vote in most local elections.

Early in the establishment of America, the principle of “no taxation without representation” was popularly applied, so long as — for the most part — the voter in question was a white man with property. Germans voted and held office in Pennsylvania in America’s formative years, and later white male residents in Ohio could vote after only one year of residency.

In colonial South Carolina, French Huguenots voted, and the law was so lax that “with only a property qualification every pirate of the Red Sea operating from a Carolina base could vote if he wanted to,” Chilton Williamson wrote. White male politicians used this as a way to exclude women, people of color and those without property from the vote, since “to exclude aliens from voting would have given rise to the dangerous inference that U.S. citizenship was the decisive criterion for suffrage,” according to former constitutional law professor and current Maryland Congressman Jamin Raskin.

The reversal of alien suffrage began after the War of 1812, which gave rise to “military nationalism and suspicion of foreigners,” Raskin wrote, and was scrapped entirely following WWI, as this nationalistic trend continued. Within a decade, six new states strictly forbade noncitizens from voting.

“It’s important for the health of communities that everyone who lives and pays taxes there can vote on affairs like education, transportation and waste disposal.”

Though a mini revival of noncitizen voting happened in the late 19th century—when Wisconsin, in its 1848 admission to the Union, granted “declarant aliens” the right to vote—the slow death of immigrant voting happened at the beginning of the 20th century. Alabama banned it in 1901, followed by Colorado a year later. Wisconsin repealed its decision in 1908 and Oregon in 1914.

WWI only ignited further anti-immigrant sentiment and fear. In a “press panic” in 1918 , newspapers presented alien suffrage in the remaining seven states as though a “startling discovery ha[d] been made,” author Kirk H. Porter wrote at the time. All seven states outlawed it, with Arkansas being the last in 1926.

But throughout 150 years of alien suffrage, no court in the U.S. ruled that the noncitizen voting at the state and local level was unconstitutional, and some towns across the U.S. have successfully allowed noncitizens to vote for quite some time.

Eleven municipalities in Maryland allow noncitizens to vote. Most do not specify a requirement for legal residence, meaning residents living illegally in the U.S. can cast a ballot. Takoma Park, which gave noncitizens voting rights in 1992, also enfranchised 16- and 17-year-olds in 2013. And, earlier this year, two Vermont cities joined the ranks of cities that allow noncitizen voting — after the legislature overrode a veto from the Republican governor, and amid lawsuits from the Republican National Committee and Vermont GOP. Montpelier now allows legal residents to vote in municipal elections, as does Winooski.

In the years before the pandemic, several cities had already started experimenting with noncitizen voting. San Francisco passed a temporary proposition to allow noncitizens to vote in the election for the city’s school board in 2016, and, in October, the city’s supervisors voted unanimously to make it permanent. Before the pandemic, six cities in Massachusetts were considering similar measures, and Somerville passed one in 2019. Boston City Council held a hearing on the matter in 2018 and saw no further progress, but local advocates are still calling for voting reform. And in California, the LA Unified Board of Education sponsored a study group for allowing noncitizen parents to vote in the school board elections.

It’s important for the health of communities that everyone who lives and pays taxes there can vote on affairs like education, transportation and waste disposal. John says she wants to advocate for more after-school activities at public schools like hers in the Bronx, and for the curricula to “be more culturally responsive and representative of the student population that sits in a teacher’s classroom.”

But as it stands, many people who fulfill the responsibilities of citizens at the city and state level cannot enjoy full rights because of outdated, even troubling ideas about citizenship. 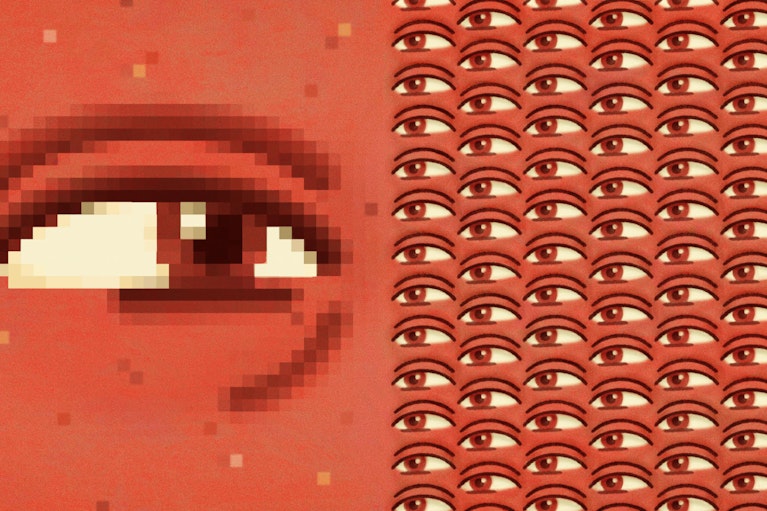 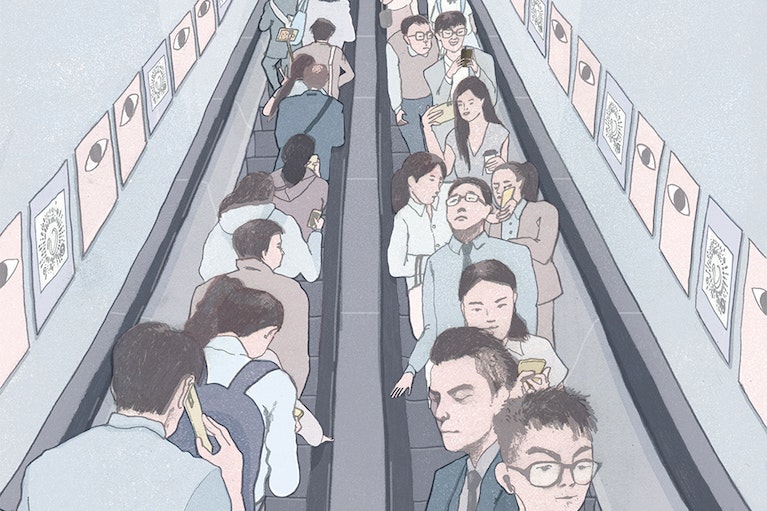 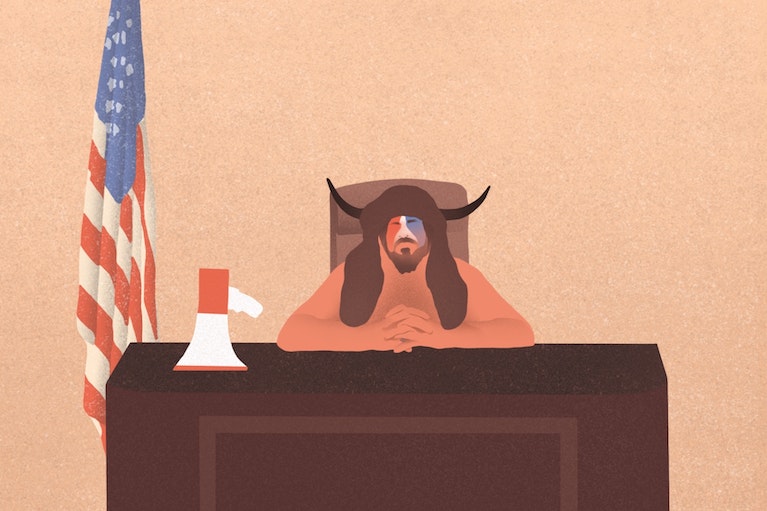