The Clash Of ‘Civilizational States’

China and the West affirm each other’s identity. 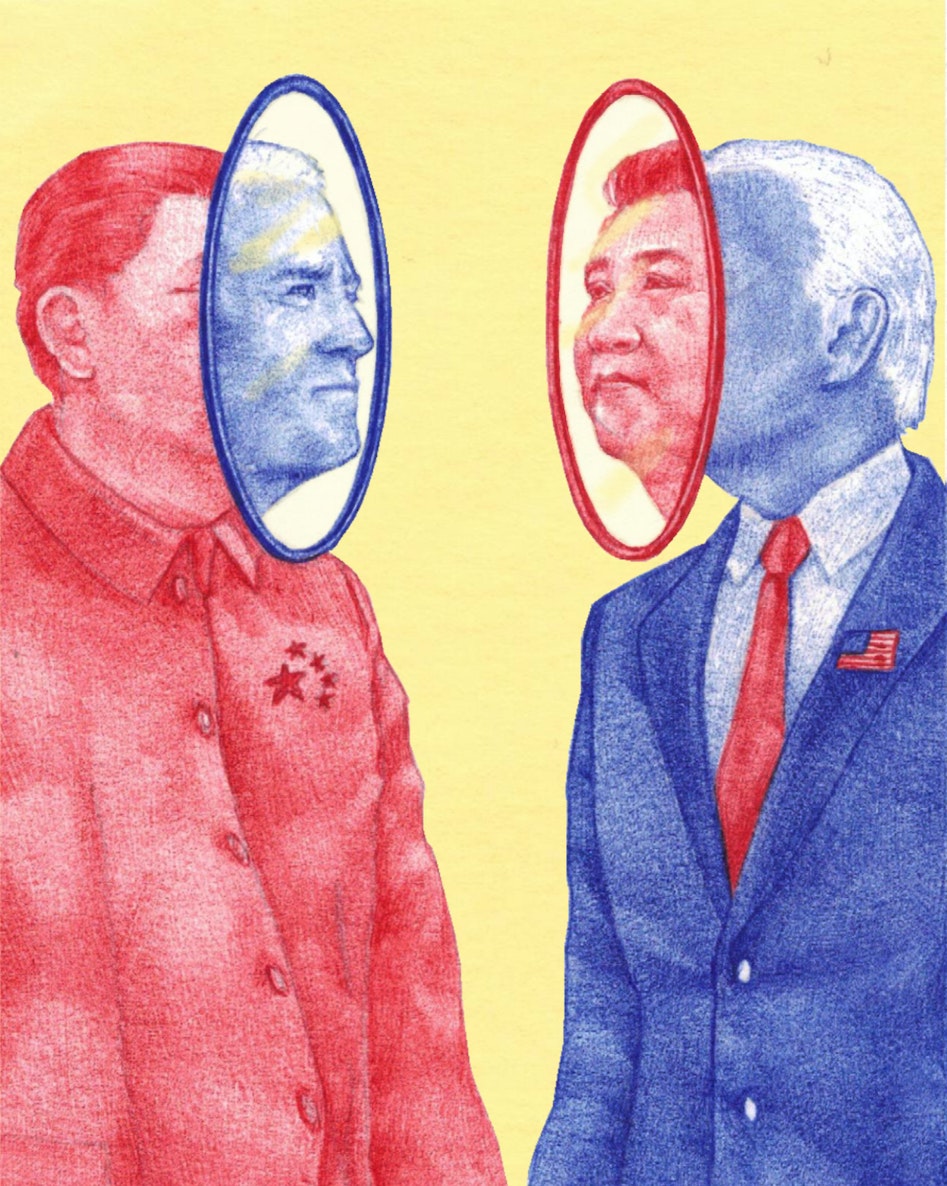 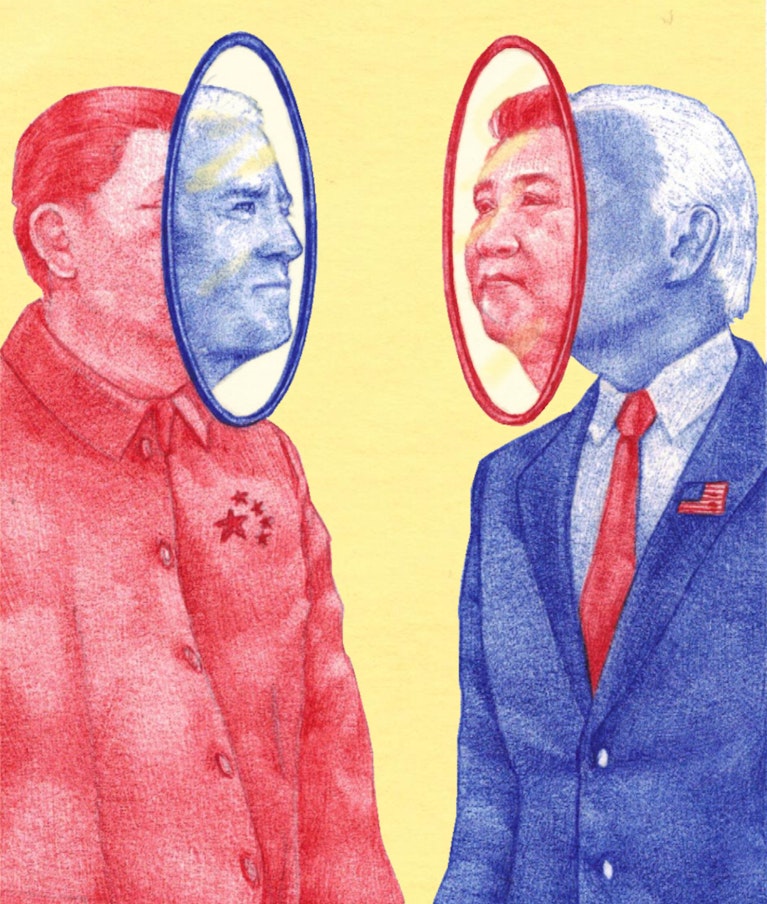 Shortly after 9/11, I sat down for a conversation with Samuel Huntington, the Harvard professor famous for his “clash of civilizations” thesis. “Osama bin Laden has given the West back its identity,” he declared summarily. The assertion of incommensurate values by others entails reaffirmation of one’s own.

Against this amorphous threat from the margins of modernity, the West pushed back with invasions and wars in the Middle East that went on for some 20 years, culminating in the defeat of loosely aligned and outgunned jihadists who sought to establish an “Islamic state.”

Today, the challenge which affirms the values that define open societies no longer comes from scattered fanatics chasing a medieval mirage in the sands of Arabia. The clash this time is with fully consolidated “civilizational states” as Vladimir Putin’s Russia and Xi Jinping’s China push back against the universalist claims of a liberal world order. That pushback, in turn, is prompting the West, too, to conceive of its presence in the world in civilizational terms.

The West and Russia have already, if so far by proxy, come to military blows in Ukraine. This week, Xi and U.S. President Joe Biden met in Indonesia in the hopes of preventing what is already hostile strategic competition from getting out of hand in the same way.

Under the sway of Deng Xiaoping’s dictum that China should hide its strength and bide its time, Party ideologist Zheng Bijian famously posited China’s “peaceful rise” in a 2005 essay in Foreign Affairs, the journal of America’s diplomatic establishment. Up through Xi’s early years at the top until Donald Trump came along as U.S. president, Zheng refined China’s guiding slogan to “building on convergent interests to create a community of interests” globally.

As Xi developed his vision as a counterpoint to the Western backlash against globalization, Zheng fell out of fashion as the leadership came to favor a new theorist, Fudan University scholar Zhang Weiwei, whose views more closely fit the nascent posture that China’s rejuvenation as a great power should mean stepping out confidently from under the shadow of Western hegemony. Last year Zhang was invited to a “collective study session” of the Communist Party Politburo to lecture the leadership on how China should stop trying to mimic the West and judging itself, or being judged, on those terms. Instead, China should recognize that its success at rapid modernization over recent decades was due to its superior qualities as a “civilizational state.”

For Zhang, those qualities going back millennia include a unitary state with strong institutions administered by meritocratic authorities. Under a disciplined Party in modern times, those traits can guide society forward on behalf of the vast population through “substantive” democracy that delivers results through good governance instead of the “formal” democracy of constitutional rule focused on individual rights, tolerance of a rambunctiously free civil society and electoral accountability.

Combined with the cutting-edge technological prowess it has achieved over the last half-century, Zhang argues, China is poised to evolve a new kind of non-Western modernity that others, especially in the developing world, can only admire, if not emulate. Implicit in this vision is that the modern Middle Kingdom should depart from Deng’s dictum, seize the historical moment of its newfound status and not be shy about projecting its revived strength as a great power on the world stage.

Writing in Noema, the former Portuguese diplomat Bruno Maçães argues that this assertive disposition signals that something new is afoot after four centuries of Western dominance.

“By accusing Western political ideas of being a sham, of masking their origin under the veneer of supposedly neutral principles, the defenders of the civilization-state are saying that the search for universal values is over, that all of us must accept that we speak only for ourselves and our societies.” As Maçães sees it, a civilization grounded in the Enlightenment values of free reason and liberty, which the West believed to be universal, turns out to be merely its own, one among many ways to organize human endeavor.

Paradoxically, it was the dominance of the Western liberal world order that laid the ground for the return of civilizational states. The great economic and technological convergence forged by globalization did not lead toward a singular cosmopolitan order. It engendered instead a cultural divergence as prospering emerging nations, most notably China, once again attained the wherewithal to chart a path forward rooted in their own civilizational foundations. Economic and technological strength fosters, not diminishes, cultural and political self-assertion.

What exists today is thus an interdependence of plural identities, neither fully convergent nor divergent. One result of the cross-pollination of globalization has been the exacerbation of cleavages within civilizations. We see this not only in the liberal values cultivated by an autonomous Taiwan vis-a-vis mainland China. We see it as well in the battle of the unshrouded women against the ayatollahs in Iran. And we see it in the West itself in the long-simmering culture wars between conservative traditional values of family and religion and an ever-more liberalizing secular modernity that I once described as the Pope vs. Madonna (the pop singer.)

These cleavages notwithstanding, it is the geopolitical clash between the open civilization of the West and China that is the most dangerous and difficult to navigate. Never before in history have two civilizational realms challenged each other at the global level where the extent of their integration is itself the terrain of contestation.

The core thrust of Xi’s rejuvenation of China is to never again fall behind the West technologically, as it did in the 19th and early 20th centuries, inviting imperial domination. But the technologies China seeks to dominate today, such as AI, are not just another factor of production like the machine tools or assembly lines of the industrial age, but about the control of information and expression that lie at the heart of the divide between East and West.

Fearing the geopolitical and military sway China would possess if its rejuvenation succeeds, the Biden administration aims to thwart China’s trajectory by cutting off the flow of core technologies from the West. The rest of the West, so far, has mostly fallen in line behind this approach. Those less certain consider it an act of economic war worryingly reminiscent of the pre-WWII years when the U.S. cut off scrap iron, steel, aviation fuel and, later, oil to Imperial Japan, prompting it to escalate the conflict by seeking those resources elsewhere in East Asia through invasion and conquest. They point out that the semiconductors China needs to fuel its advance if cut off by the West are mostly fabricated in Taiwan, already nominally under the sovereignty of Beijing.

In a conversation some years ago when both were vice presidents of their countries, Xi pressed Biden to encapsulate the promise behind the values of the West in one word. Biden responded: possibilities.

By this he meant not the collective fate of a nation, as Xi might well have interpreted it, but the open opportunities for individual self-realization when liberty prevails. In this Biden touched on the core distinction between liberal civilization and all others.

The philosopher Isaiah Berlin distinguished between “negative freedoms” — the freedom “from” the state and authorities to pursue happiness — and “positive freedom,” or the freedom “to” construct an identity of one’s own choosing as he, she or, these days, they see fit.

In a civilization such as China’s with a millennial past of weighty traditions, ways of life are culturally embedded and largely ascribed as part and parcel of historical continuity. That received identity is the very substance of the claims to a civilizational state. Absent negative protections, there is scant space from the all-encompassing state for civil society and the individual to go their own way.

In the open societies of the West, it is the opposite. Protected by negative freedoms, there is little cultural consensus other than the possibilities of pluralism in pursuit of positive freedom, as Biden’s response to Xi crystallized.

This asymmetry begs the question of whether, in a clash of civilizational states, the West can achieve the same level of internal cohesion as China to propel it forward when the only social glue is the disruptive and discontinuous capacity for differentiation.

By asserting itself as a civilizational state, China is in effect containing the West by contesting the universality of its claims.

What the future holds, as Maçães argues, is not the dominance of any one civilization, but a return to the “natural” order of non-universal realms of influence. In the process, the collective West must itself inexorably become a civilizational state in order to maintain an enduring presence in the world. What history has taught China, the West has implicitly known but will learn again in a more leveled context: If the values of a civilization are not aligned with the power of the state to sustain and defend them, their fate will be sealed by those with the power to deny and defeat them.

One hopes that is not the end of the story. While all sides resist a global order authored by another civilization, the common imperative of battling climate change remains. Perhaps the next stage after the return of civilizational states is a “planetary commonwealth” of diverse civilizations in which all join to preserve the conditions for the existence of each other.