Chandran Nair is the founder and CEO of the Global Institute for Tomorrow. His latest book is “Dismantling Global White Privilege: Equity for a Post-Western World.”

The coronavirus crisis sweeping the globe has resulted in about half the world’s population being placed under lockdown. More people are practicing cleanliness and hygiene than at any point in human history. Entire nations have been compelled to sanitize both personal spaces and public places to prevent transmission, from buses and trains to restaurants, markets, offices and sports facilities.

The astronomical rise in sanitization and protection practices is entirely warranted. But COVID-19 also requires us to put these practices under the microscope, so that we can better understand the hazards and trade-offs that come with realizing our vision of living in ultra-hygienic environments.

Though there is an ongoing debate within the medical and scientific communities, studies have shown that perfectly clean environments can prevent people from being exposed to beneficial microbes and bacteria, as well as deprive our immune systems of valuable training that would help reduce the seriousness of infections. Moreover, microbiologists and immunologists have been telling us that the coronavirus is most easily spread from person to person among people in close proximity, not from touching contaminated surfaces. And perhaps most importantly, ecosystems will suffer from the vast array of solid and chemical waste produced by protection and sanitization, resulting in unintended and potentially catastrophic consequences.

Given that these negative impacts are tied to new societal norms emerging on a global scale, they have implications for businesses, governments and multilateral institutions the world over, and will require solutions that also take into account the real-world differences of developed and developing countries.

We are now producing, processing, using and releasing extremely large quantities of sanitizing chemicals (among other substances) in our attempt to meet COVID-19 head-on.

One study reported that the demand for hand sanitizers spiked by 1,400% in the U.S. between December and January alone, while Italy saw an even greater increase and India’s market is expected to expand by $400 million by 2024. One brand, Lifebuoy, increased production 56-fold in June compared to last year.

Chemical factories across the world are working overtime to meet global demand for hand sanitizer, with some factories being entirely repurposed. The global liquid detergent market is expected to grow by nearly $10 billion to almost $40 billion by 2025. In Egypt, for example, the Ministry of Public Business Sector published data showing that demand for sodium hypochlorite (which is used to manufacture bleaches and disinfectants) had increased by 800% by the start of May.

In addition to sanitizing chemicals, there has been an explosion in the use of personal protective equipment (PPE) to help with hygiene and cleanliness — masks, gloves, wipes, aprons, goggles and a multitude of other single-use items. Surgical masks used the world over are not recyclable, and it is doubtful that many countries have adequate medical waste disposal systems to deal with the sheer quantity of masks and other clinical materials being disposed of every day. One study from the U.K. predicted that if all 67 million inhabitants wore a single-use surgical mask every day for a year, it would generate 66,000 metric tons of contaminated waste and 57,000 metric tons of plastic waste.

It goes without saying that the scale of the challenge is highest in larger countries. China’s domestic demand for masks is expected to hit around 900 million daily, with a production increase of 450% between February and March this year, which will result in hundreds of thousands of tons of contaminated and plastic waste in China alone. The World Wildlife Fund predicted that even just 1% of incorrect mask disposal will result in 10 million masks polluting the natural environment. Given that many parts of the world do not have sanitary solid waste disposal systems, it is realistic to assume that a much higher percentage of masks are not safely disposed of.

Surgical masks are a necessary precaution in times such as these, but we will eventually have to face the reality that we are creating mountains of non-recyclable PPE that may act as temporary holding spaces for the very virus that we are trying to eradicate — and others.

What about sanitizing wipes? The majority are not biodegradable, and even if they are, most commercially available wipes are not suited to be flushed, though this is often their mode of disposal.

The impacts of this are gruesome. Research in London has found that hundreds of thousands of wet wipes are flushed annually and have literally changed the shape of the Thames riverbed, creating new riverbanks of wipes that need to be dug out. Thames Water has reported that London’s sewage system is at risk of entering gridlock from the pressure of ever more sanitizing wipes.

The solid waste challenge extends to single-use plastics, too. Use of disposable cutlery sets, plastic bags, food-takeaway boxes and plastic cups is “making a comeback,” as an executive from a Saudi plastics company put it. These have been prolifically used to reduce the risk of disease transmission, and further add to the billions of tons of plastic waste we’ve already produced.

“We will eventually have to face the reality that we are creating mountains of non-recyclable PPE that may act as temporary holding spaces for the very virus that we are trying to eradicate — and others.”

Cleaning ourselves, our objects and immediate spaces is a process that leans heavily upon the copious use of water to flush dirt and medical waste away. But the fact remains: Chemicals dispersed in water and solid waste have to be treated to protect our precious water systems and related ecosystems, yet few countries across the world are actually equipped to do that. In 2017, the U.N. reported that around 80% of all wastewater is discharged into waterways untreated.

Wipes, masks and gloves all contain chemicals and microplastic fibers that cause a whole host of problems in humans, including blocked digestion systems, and leach into land and sea animals as well.

The dramatic rise in chemical use and PPE now and in the future will require appropriate treatment and disposal infrastructure. When we fall short, negative impacts begin to manifest on a large scale. As the pandemic continues, a simultaneous crisis is arising from the wider abuse of our water resources due to pollution from chemical discharge and solid waste — unless we take actions to optimize use, reduce wastage and treat all forms of effluent arising from new demands for sanitization.

Between public and private demand, the sheer quantity of chemical effluent generated as a by-product of manufacturing sanitizer will result in a massive increase in contaminated run-off and polluted waterways. High concentrations of chemicals present in many soaps (sodium hydroxide, sodium lauryl sulfate, parabens) hand sanitizers (isopropyl alcohol, ethanol, benzalkonium chloride, triclosan) and disinfectants (sodium hypochlorite) will result in impacts that affect both people and the environment in many ways.

For example, cleaning agents that are high in nitrogen and phosphorus that eventually diffuse into waterways contribute to the eutrophication of rivers and lakes, a phenomenon that ultimately disrupts aquatic ecosystems by stripping water of its oxygen, killing fish and upsetting ecological equilibriums. In some places, eutrophication has clogged water transport routes. We are also witnessing the government-ordered mass-spraying of disinfectants on streets, buildings, vehicles and people across the world — a process that will produce spiked levels of chemically loaded run-off that will inevitably find its way into waterways.

Chemicals that persist in water bodies and organisms contribute to food-chain disruptions. Take DDT, for example, an insecticide that was widely used in the middle of the 20th century, but which causes catastrophic ecosystem damage. DDT is also present in the milk of every breastfeeding mother (both humans and mammals) in regions where it was used.

DDT’s effects were little understood when it was being used; likewise, hard questions must be asked concerning the new and wide-ranging externalities that are being born from the global cleanliness explosion. For example, a university in Hong Kong recently unveiled a polymer coating that can kill even hardy microbes, the coronavirus included. What happens when powerful cleaning agents such as this make contact with the array of microbes in the natural environment?

Persistent chemical contamination is particularly dangerous if it impacts hormone regulation in animals. For example, triclosan is an anti-bacterial commonly found in hand sanitizers, cooking equipment, children’s toys, hand wipes, soap, toothpaste and more. It was banned in the U.S. and Europe in 2017 because it was found to convert into dioxins when exposed to sunlight. Dioxins can be very dangerous, depending on dosage and exposure, because they can cause cancer, obesity, diabetes and impact reproductive health in humans; they also wreak havoc on wildlife, reducing fertility and hatching rates, causing birth defects and more.

In 2016, the U.S. Geological Survey found triclosan in 58% of freshwater rivers sampled during a study. It is not yet banned in many Asian countries, meaning sanitizing products that contain triclosan are in regular use during the COVID-19 outbreak. Even in countries where triclosan is banned, many of its replacement chemicals are used despite studies identifying their high toxicity levels.

The impact of the externalities on human and ecosystem health arising from this new but poorly understood challenge urgently needs addressing. Solutions exist at the intersection of water usage, wastewater treatment, solid waste management practices and actions taken by governments, businesses and consumers. Importantly, these solutions will manifest differently between developed and developing countries.

First, governments must coordinate efforts to prioritize domestic wastewater treatment systems to cope with the surge in chemicals and solid waste, including investment in contemporary large-scale treatment plants or decentralized systems and all-important medical waste collection and disposal systems — even outside of hospitals.

For developing countries in a post-pandemic world, investment in the essential infrastructure of wastewater management must be dramatically increased. Given the dire consequences of inaction, funding can be drawn from investment into capital sinks like excessive military spending or certain “vanity projects” like mega-dams and airports. After all, maintaining a strong military is of little use to communities who are repeatedly falling ill.

In developing countries with large populations like Nigeria, Brazil or India, meeting the water and wastewater management challenge is more urgent than anywhere else. India, for example, has one of the highest numbers of infant mortalities in the world, which is largely due to poor sanitation. There is an argument to be made that these investments should take priority over widening internet access.

Industries involved in producing sanitization products must face even stricter regulations in order to rigorously assess the environmental and human impact of the chemicals they produce and use. These policies should be developed in the context of eco-toxicity, treatment options, quantity of use and chemical lifetime, all with the objective of minimizing harm to users and reducing the ecological footprint of products — especially if stronger sanitizing chemicals are to be developed in the months to come.

In terms of solid waste, clearly there is a demand for PPE that can be recycled according to medical standards, and if global cultural norms shift to everyday PPE use, this is a challenge that deserves both public and private funding.

Lastly, we will have to invest more in public education to raise awareness for consumer decision-making — to make people think twice before using sanitizing chemicals and to learn how to use them sparingly when needed, particularly when they have the potential to damage ecosystems.

Human scientific knowledge and ingenuity will help overcome the worst impacts of the pandemic, but there is no guarantee that other “shocks” of this nature will not manifest, and we must be prepared by investing now. The COVID-19 outbreak will change many things, including the sanitization behavior of billions across the world as we know it. 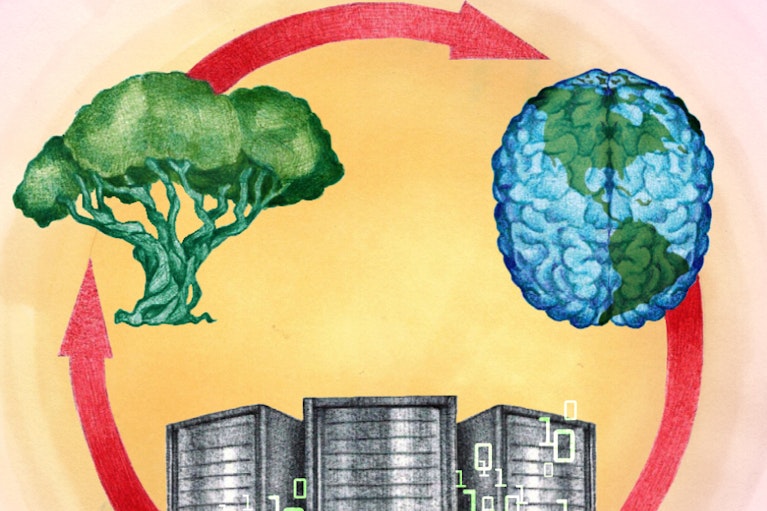 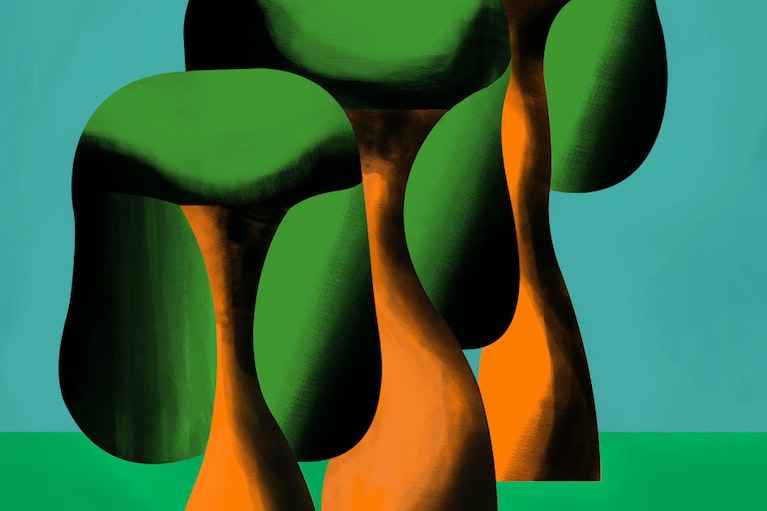 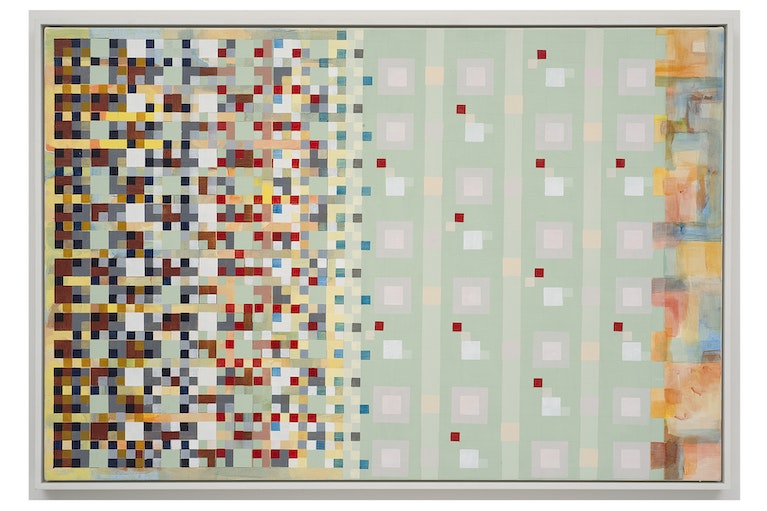