The Cowardice Of Today’s Liberalism

Courage can now only be found at liberalism’s margins, not in its urban and suburban enjoyments. Jules Julien for Noema Magazine
Credits
Ziyaad Bhorat is a Rhodes Scholar and Ph.D. candidate in political theory at UCLA.

Two months before the seismic 2016 election in the United States, Apple decided to remove the headphone jack from its iPhone models. “The reason to move on: courage,” marketing chief Phil Schiller said onstage at the announcement event. “The courage to move on and do something new that betters all of us.”

Ridicule obviously followed. But of course, the subsequent response from rival companies has largely been to roll over and imitate. Nevertheless, this example is just one of many emerging from today’s social and political culture. Apple is one of the largest, most valuable companies in the world, born from the fruits of liberal democracy. That such a toothless notion of courage could emanate from the summits of liberal achievement points to a much wider malaise that has paradoxically set into liberalism as a result of its own success.

Elites are now complacent about — or even bored with — liberalism’s historic victories. Instead of facing the rising tide of the here and now, solutions to today’s pressing problems are fancied from idealized futures and pasts. Returning to an age of “greatness“ or looking forward to “colonizing Mars” hold out different variants of the escape from the present. The liberal bazaar offers a plethora of pleasing snake oil variants and conjuring tricks that disguise its nature even to its own would-be political heirs. Soothing and palliative, liberalism’s success has all but anesthetized courage itself.

Courage has a long and decorated history as a desirable quality. It is one of four cardinal virtues, alongside wisdom, justice and moderation. Variants of the words for “man” in Greek (andros) and Latin (vir) formed the underlying concept of courage in those societies, as well as the important and fluctuating backbone to the idea of freedom, which was enjoyed almost exclusively by qualified elites. Virtus is more complicated: Historically, it bounced between martial ideas of courage and an all-encompassing ideal of the upstanding Roman. It is from virtus, in fact, that our notion of “virtue” derives.

“Soothing and palliative, liberalism’s success has all but anesthetized courage itself.”

But simply being a man could never imply this courage, nor were women excluded from it — though its literary attribution is much rarer because of their obvious erasure. Charlize Theron’s character “Andy” in Netflix’s roaring success “The Old Guard” plays precisely with this mythological history and a theorized incorporation of andreios (“manly” or “courageous”) into the female name Andromache. Machē, not so incidentally, is a feminine noun that means, among other things, a battle or fight.

Tacitus, the Roman political historian, tells us not only of the extremely complicated notion of virtus, but also the strong connection between it and freedom from domination. He describes the spirited attitude of the conquered peoples of the Roman Empire, including the Britons and Gauls. His work also highlights the danger of an unreflective and warped courage, one that seeps into a self-justifying hegemony with the all-too-familiar mantra of “liberating” people from themselves or prescribing for them how it is they must better themselves. Such an imperial courage can only rest on an insecure self-interest, not unlike the War on Terror that continues to leave swathes of the world in ruins.

To return to these notions of courage is neither possible nor desirable. They are not ours and can never be. Courage is in the here and now. As the Greeks would say, it finds “the critical moment for action,” or kairos.

The ancients serve only as a reminder that freedom is achieved through courageous action. But we must remake the content of that courageous action. Dominant flavors of modern liberalism tend to reduce actions to their cost-benefit usefulness for ourselves or our preferred groups, or to defer action ever more distantly until a Herculean juror can safely determine the correctness of hypothetical consequences in all worlds. Success has made us weak.

This all coincides with the general anesthesia directed at courage. It coagulates so that today we can witness, for example, the strangulation of great cities like Hong Kong and Beirut, the ruin of states like Syria and Libya, the destabilization of whole regions in the Middle East and the violent repression of peoples like the Rohingya and Uighurs.

As we witness from a pitying distance, we convince ourselves that it is enough to patch the symptomatic holes in our proverbial ship, that we cannot possibly make a difference, that it is not our problem. Our boiling frog accommodation is fed by a cycle of carefully selected amnesia and inattention.

Courage is a refutation of these positions precisely because it embraces the sheer difficulty of action when it seems to others like it borders on absurdity. It means getting out of the continuous precariousness of the ship and swimming to the distant shore to build something anew.

Indeed, an important reason why we remember the names of the brave is because they are far fewer in number than those who are able, yet make excuses for their inaction. Courage does not look like the elimination of a headphone jack or wanting to ensure we can speak about anything we want at some point in the future without material censure. For the secure, courage is risking everything to fight for something that could be ignored. For those who are genuinely insecure, courage is a fact of everyday life.

Instead, we tell ourselves today that it is freedom of speech and a ghostly notion of cancel culture  that demands our immediate attention. The Harper’s letter in particular exposed an ugly, yellow-bellied, empty liberal psychology. It is a source of embarrassment that we so clearly and openly advertise our degradation and generalized self-inflicted insecurity. And it is one born right out of the jealously guarded entitlements of liberal success.

We prioritize timid liberal principles of freedom of speech over actually speaking our mind and over substantively fighting for others in a world where repression of peoples, as in the case of the Uighurs, has emerged on a scale last seen during the Holocaust. There are no muzzles silencing our mouths, no chains holding our pen hands. Only a pathetic prison of our own making.

“Courage now is to be found at liberalism’s margins, not in its urban and suburban enjoyments.”

In our liberal world, where there is a positive surfeit of speech, what we truly seem to worry about is doing and saying whatever we want and whenever we want — and not having to draw on any courage to do so. We witness elite insecurity and the almost necessary, successive evaporation of courage in the rungs of the great ladder of mobility, as promised by liberal societies. The stench of bad air and timidity at the top befouls those ensnared there. The ladder, as Osita Nwanevu puts it well, is a “busted drainpipe.”

Courage now is to be found at liberalism’s margins, not in its urban and suburban enjoyments. We must look at the actions and cries of those who take a knee in the face of censure and ridicule, who loudly proclaim that Black lives matter, who are deported, detained, incarcerated, set adrift in their homelessness or considered insane.

These subalterns of liberalism are not to be equated with each other, and yet they share an eclecticism dangerous to liberalism’s saccharine conformism. They stand in stark contrast to the popular bleating sheep eager to graze on their freedom of speech, content to trammel around in the neverending discursive mud without the progress that even their caricaturized heroes required. Some forget that John Stuart Mill, one of the most influential philosophers in the history of classical liberalism, was also a social justice advocate.

Growing up in post-Apartheid South Africa, I have always acutely felt my own cowardice compared to the struggles of heroes who still live and loom large in our young nation’s history. How could I ever be as courageous as they, when their deeds birthed a new nation whose freedoms I continue to enjoy?

Nelson Mandela served 27 years in prison for fighting against apartheid. Winnie Madikizela-Mandela spent 27 years engaged in the brutal fight on the outside. Many struggled and perished while messages of “law and order” were used to prop up the enjoyments of the secure white population as everyone else’s world burned. My own father was politically detained by the apartheid regime during the height of its repression. He was younger then than I am now.

To be courageous cannot be easy. But there is courage in the smallest of everyday deeds as well as the largest of feats. And the spark must begin somewhere, or else risk being nowhere.

As the pandemic exposes the utter inessentiality of many of the shining facades liberalism has constructed, the dire need of the real fangs of courage is revealed. Now that we can begin again to see things for what they are, I am reminded of a scene with that “mad prophet of the airways,” Howard Beale, in the 1976 film “Network”:

Sit up. Go to your windows. Open them and stick your head out and yell: “I’m as mad as hell, and I’m not gonna take this anymore!’

Things have got to change. But first, you’ve gotta get mad! …You’ve got to say: “I’m mad as hell, and I’m not going to take this anymore!” Then we’ll figure out what to do about the depression and the inflation and the oil crisis!

But first, get up out of your chairs, open the window, stick your head out, and yell, and say it: “I’m mad as hell, and I’m not going to take this anymore!

We need more of this kind of audacity in today’s world, not less. 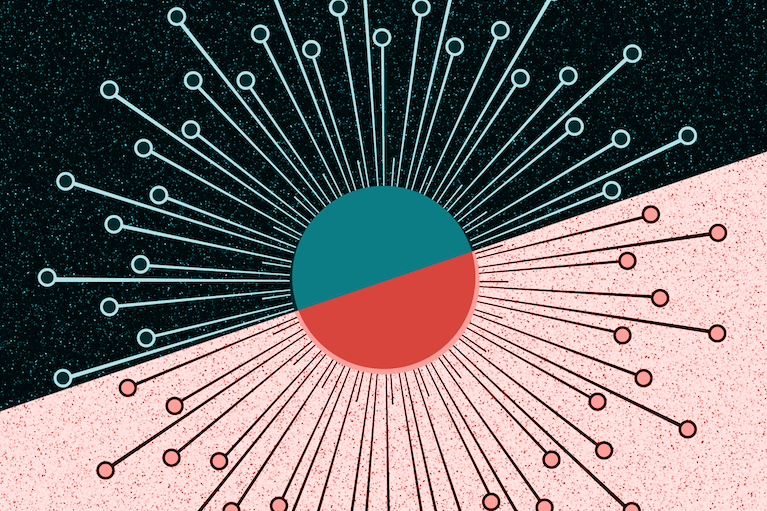