The Hours That Have Lost Their Clock As muses of the moment who seek to fathom the luminous behind the light of what is apparent, poets have long contemplated the nature of time. In a conversation many years ago in Mexico City, the Nobel laureate Octavio Paz spoke of the experience of “pure time” or “time without measure,” of a fresh valuation of the standalone flash of the present as a consequence of lost faith in the future as linear progress toward some utopian end of history.

“The paradox of the instant,” he said, “is that it is simultaneously all time and no time. It is the point of equilibrium between being and becoming.” In a poem he once wrote:

For a moment, sometimes we see
— not with our eyes, but with our thoughts —
time resting in a pause.
The world half-opens and we glimpse
the immaculate kingdom
the pure forms, presences
unmoving, floating
on the hour, a river stopped.

Similarly, the Polish poet Czesław Miłosz, also a Nobel laureate, wrote in one verse of the “eternal moment as a gleam on the current of a black river.”

Though such a mindful embrace of the fleeting moment in the constant flux of existence is a core tenet of the ancient Stoics and Eastern philosophy, for these poets it was being rediscovered anew in the West as disenchantment with the promise of modernity sunk in among the broader civilization.

This seeping awareness has only further deepened with the global COVID pandemic. Forced by the lockdown to abandon the hurried rhythm of rushing ever forward, many are learning to cherish each passing conjunction of time and space in the face of all the uncertainty ahead. In essence, we are once again finding “those hours that have lost their clock,” in the words of the Chilean poet Vicente Huidobro.

In an essay in the current issue of Noema, Venkatesh Rao also sees a new perspective on time. He offers an original meditation on what he calls “pandemic time,” in which everyone is experiencing the same thing in different ways depending on their unique local conditions, a kind of “distributed doomsday clock,” as he puts it. For Rao, the successive waves of this rolling plague are also a “time machine.” The Wuhan outbreak in China turns out to have been the future foretold of Europe, Europe of the U.S., the U.S. of Latin America and, perhaps, back again. In noting the revolutionary possibilities of the acceleration of pandemic time, he recalls an apt quote from Lenin: “There are decades when nothing happens, and weeks when decades happen.” It is the pause of past momentum that permits going fast forward on a new track.

In yet another take on “the future of time” emerging out of the convergence of the COVID contagion and the diffuse connectivity of the digital age, this animated video by Casaleggio Associazione in Italy traces the various transformations over recent centuries of how we have marked the hourly passage of our lives and looks ahead to how things might be in 2054.

In this narrative, the ongoing decentralization and dis-intermediation of production, services, work, education and communication enabled by digital connectivity, and expedited by the social distancing imperatives of the COVID era, are eroding the synchronous cadence that once set the clock of mass society. Three decades from now we can expect that each of us will conduct our daily affairs at our own pace and time, linking up with others through agile networks as needed instead of hewing to the standardized dictates of the large and bureaucratic institutions we have so far known. In short, just-in-time existence.

In an interview back in 2016, well before the global pandemic sped up this eventuality, the legendary futurist Alvin Toffler also envisioned the inexorable shift from homogenous to flexible time. “We are leaving behind the impersonal, collective time of standardized mass industrial society where everyone works from 9 to 5, going to the job and coming home at the same time. That time is homogeneous,” he said.

“Now we are seeing the advent of personalized, irregular time. New technology reduces the costs of variety that would have undermined mass assembly. It enables niche production and thereby customization and diversification in how we schedule our daily lives, both at work and at play. Twenty-first century time will thus be 24/7, flexible time.”

Finally, the Chinese philosopher Yuk Hui looks at how the diversity fostered by splintering technology could de-synchronize the uniform temporal blanket Western modernity has cast across once differentiated civilizations.

“I am opposed to the complete realization of a unified global system represented by transhumanists such as Ray Kurzweil and Peter Thiel,” he says in the current issue of Noema. He continues:

“Rather than converging teleologically toward a quintessentially Western singularity, we need to envision alternative possibilities, bifurcations and fragmentations. The new beginning must have a multiplicity of starting points opened up by fragmentation. …

Maybe we should aim for a goal that is the opposite of that of Enlightenment philosophy: to fragment the world according to difference instead of universalizing through a presumed absolute. A new world history has to emerge in the face of the meltdown of modernity.”

Time is being disrupted. The chronometer that regulates our lives is being reset according to each of our own uniquely experienced time and space. Both at the personal and civilizational levels, we are poised to rediscover those hours that have lost their common clock. 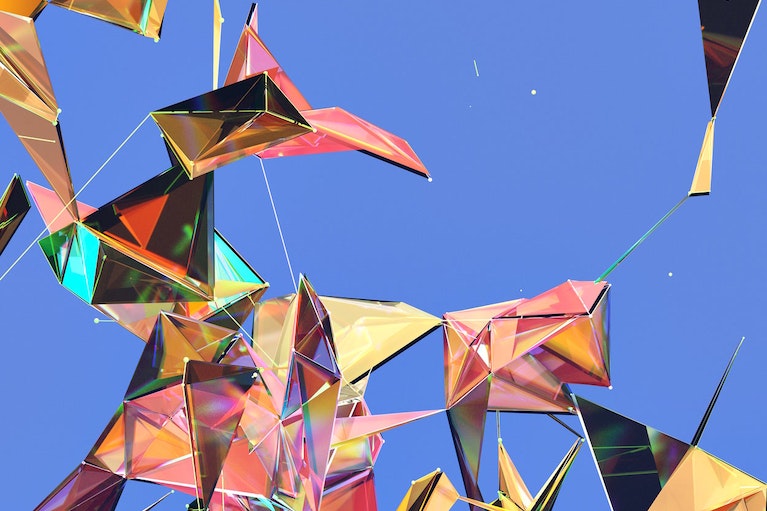