The New Nomos Of The Planet 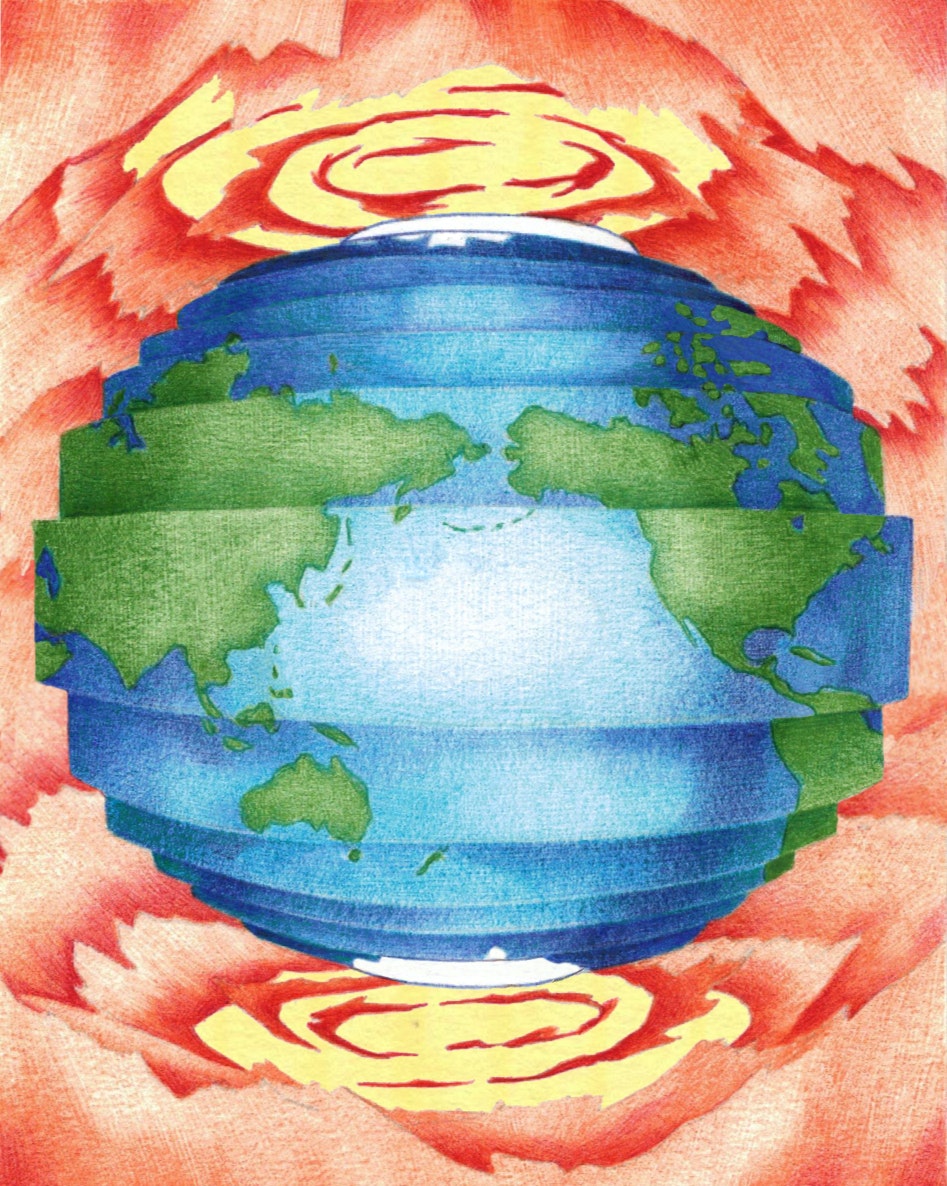 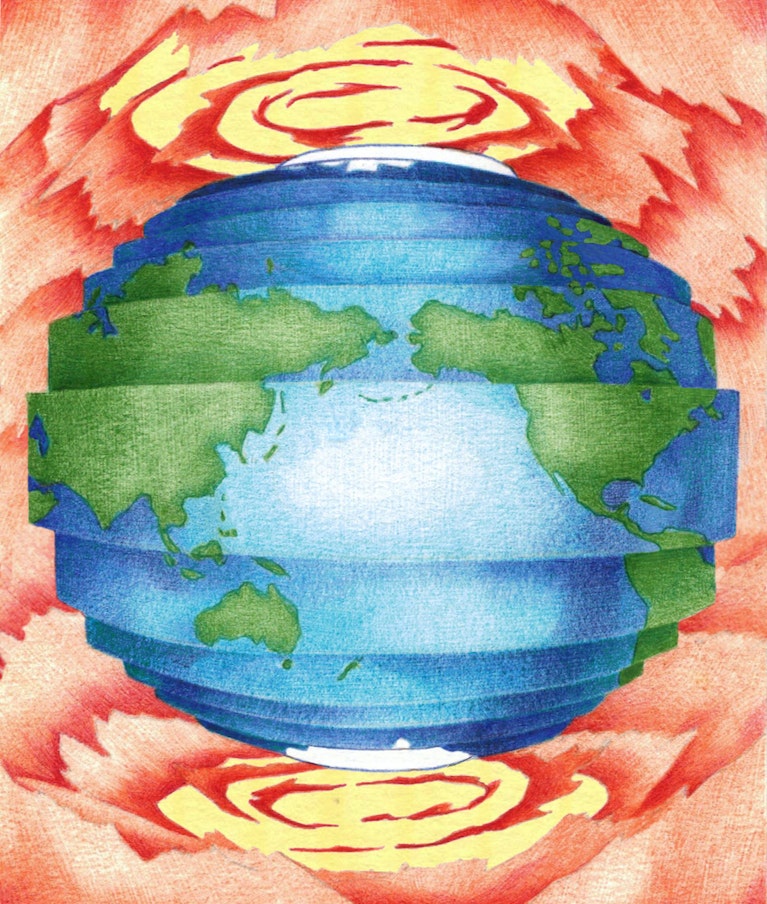 In his 1950 book, “The Nomos of the Earth,” the German jurist Carl Schmitt sought to imagine the world order ahead after tracing the history of laws and customs (the meaning of nomos in ancient Greek) that ruled over the ever-expanding domains of past centuries.

His vision then of where governance of the planet might end up is so remarkably close to today’s trajectory that it is worth reviewing the insights into power of this thinker who was famous for his “decisionist” argument that authority establishes legitimacy and that politics is mainly about “friends versus enemies.” As is well known, he was also considered the most influential legal theorist of the Nazi era.

In each epoch, as Schmitt put it, the powerful devised rules over how land and sea — and later technology — were “appropriated, divided and cultivated,” each forming a “force field of human power and activity.” He labeled this force-field Grossraum, or “great space,” legitimated by the concrete reality of dominance within its realm.

According to Schmitt, in the first stage of fences, lines and Chinese walls, each civilization understood the land it occupied as its own empire. Like the historian of Eurasia, Wang Gungwu, Schmitt saw that period ending with the Age of Discovery as Europeans circumnavigated the globe across oceans, creating a Eurocentric world order that gave birth to colonialism and imperialism with a “dual balance of land and sea.” For him, that order began unraveling with World War I and was fully demolished in the wake of World War II. During the Cold War, the core contest that emerged was between the predominantly continental powers of the East (Russia and China) and maritime powers of the West (the Pacific-oriented United States and its trans-Atlantic allies).

Writing as the Cold War heated up, he saw that the historic separation of land and sea was being destroyed by technology — the “airspace” of jet travel, worldwide telecommunication, satellites, missiles and the like — which “robbed the sea of its elemental character.”

He wrote then: “Today, many believe that the whole world, our planet, is now only a landing field or an airport, a storehouse of raw materials, and a mothership for travel into outer space.”

From that vantage point in time, he saw three possibilities of a “new nomos of the Earth.”

First, that “one of the two partners in the present global antithesis would be victorious. The dualism of East and West then would become only the last stage before an ultimate, complete unity of the world.”

Second would be “an attempt to retain the balance structure of the previous nomos consistent with contemporary technical means and dimensions” in which “the former domination of the oceans would be expanded to a joint dominance of sea and air.” In that event, as Schmitt saw it, only “the greater island” of America “could administer and guarantee the balance of the rest of the world.”

The third possibility would be a combination of several independent Grossraum, or blocs, “that could constitute a balance” among each other “and thereby precipitate a new order on Earth.” Such an equilibrium could only emerge, in his view, “if the Grossraum are differentiated meaningfully and are homogenous internally.”

Fast forward to today. It appears Schmitt’s second possibility of America as a balancer did in fact take place during the post-Cold War period. That brief era, which built the exoskeleton of a singular planet, is now splintering. Deglobalization, Russia’s invasion of Ukraine and the mounting hostility between the West and China — which is seeking to become a maritime global power unshackled from its continental constraints — are morphing into the differentiated Grossraum that Schmitt predicted. Each is carving out its own land, sea, air and — perhaps most significantly — cyberspace platforms.

Writing in Noema, Bruno Macaes has called this development the rise of “civilizational states.”

Indeed, the current alignment of the great Grossraum of the East — Russia and China — can be seen as the decisive pushback of civilizational states with weighty traditions against the liberal rules-based order of the West that protects what Isaiah Berlin called “negative freedoms,” such as individual rights and free expression, but possesses scant cultural consensus other than the possibilities of pluralism. In Schmitt’s terms, one wonders how the West will fare in this new nomos when its fundamental character is diversity, not internal homogeneity.

From a meta-perspective, the geopolitical age of world order based on Westphalian principles of land-sea national sovereignty appears to be yielding to the multiple geo-civilizational spheres as Schmitt foresaw. What was not evident in his time is that these spheres would be existentially bound as never before by a planetary imperative of survival in the face of climate change.

A geo-civilizational planetary paradigm implies a non-universal mindset and more of a live-and-let-live approach to relations among spheres. It means greater mutual respect for civilizational ways of seeing and being, more cultural autonomy and less integrative arrangements with respect to security, trade, capital flows and digital platforms. In short, one world, many systems.

Yet, planetary realism dictates that the diverse geo-civilizational balance cannot hold if those realms are unable to manage cooperation and collaboration in dimensions such as climate and pandemics that, if not collectively addressed, will undermine every Grossraum, no matter how robust it may be.  Were Schmitt writing today when we are all now in the same boat, this new nomos could not fit his frame of “friends versus enemies.”

If technology destroyed the old land-sea duality, planetary imperatives must inevitably dilute the solidity of self-enclosed force-fields of power and human activity that acquire legitimacy from dominance in their own realm. In the end, the greatest space that matters is the planet.