The Next Steps For Chile 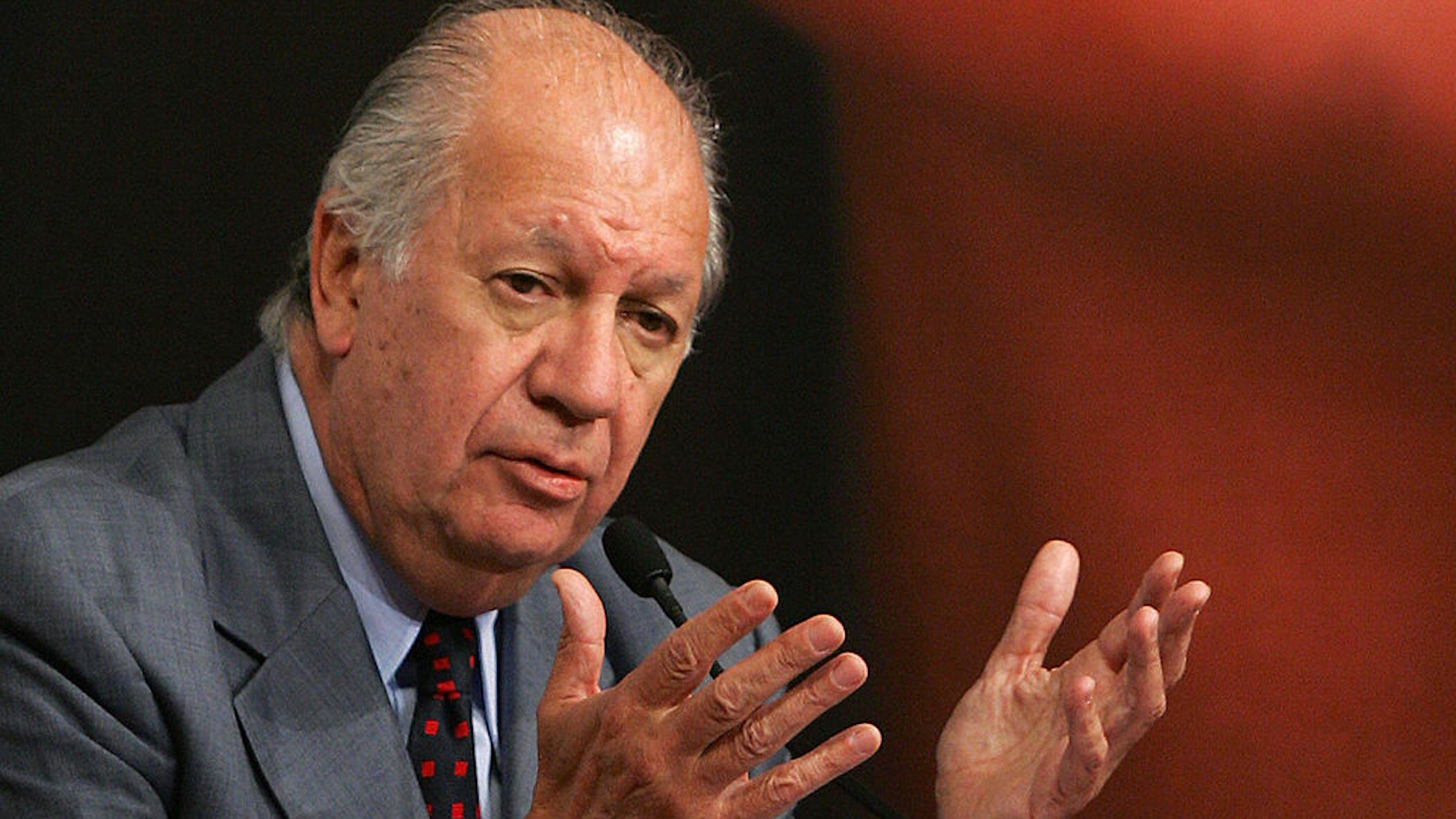 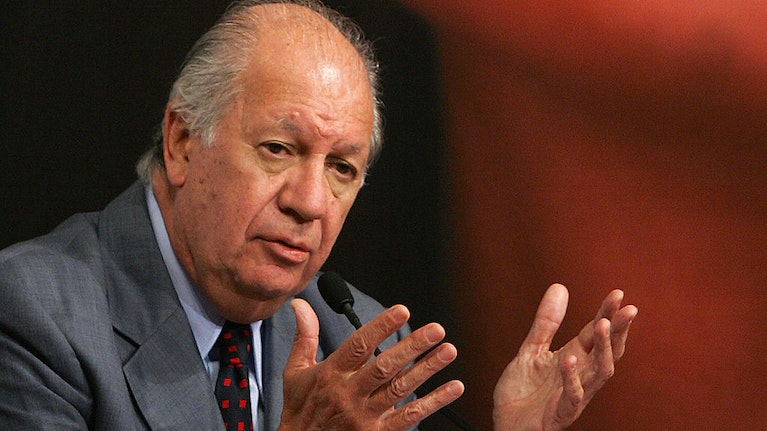 Ricardo Lagos was president of Chile from 2000 to 2006. As an elder statesman from the center-left, he has served as a voice of reason and balance in the polarizing atmosphere that has gripped Chile since the social upheaval there in 2019, which precipitated the call for a convention to draw up a new constitution.

The constitution proposed by that convention was put to a referendum on Sept. 4 and was soundly rejected.

Lagos is a member of the Berggruen Institute’s 21st Century Council. He spoke with Noema editor-in-chief Nathan Gardels.

Nathan Gardels: Chileans clearly wanted a new constitution to replace the one written in Augusto Pinochet’s time. But on Sept. 4, they rejected the draft put forward by what has been called the most inclusive constitutional convention ever assembled — 50% women, ordinary citizens instead of political professionals, independent voters without partisan affiliation and a designated role for Indigenous voices.

Why then did an overwhelming 62% of the population reject the new document in a mandatory vote? How do you explain this paradox?

Ricardo Lagos: First, what is important to understand is that the “constitution from Pinochet’s time” was amended in 2005 when I was president. The signature on that constitution is mine. Those amendments removed the most egregious elements of military rule: We cut the presidential term from six to four years, eliminated the positions of appointed senators that were mainly from the military and restored the president’s power to remove senior commanders of the armed forces. Fifteen years after the return to democracy, we had mostly made that transition complete.

Because I did not have a majority in the Senate at the time, in part due to the very composition of that body that our amendments were changing, I could not eliminate the clause that placed the state in a subsidiary role to the private sector, hobbling its ability intervene in the economy unless expressly permitted by law and the constitution. This is the so-called “subsidiary state” imposed on Chile in Pinochet’s time by free-market ideologues.

Well, that affects everything. It was the seed of the social explosion in 2019 that led to demands to write a new constitution.

That explosion took place — despite so many advances in other areas including steady economic growth and reducing the Gini coefficient of inequality under the center-left governments of myself and Michelle Bachelet — because the ratio of tax revenue to GDP remained at around 20%, thus crippling efforts to expand the social safety net and public goods.

“Constitutions need general acceptance so we can turn to their rules to manage our differences.”

So it is not so surprising that one of the chief aims of the proposed constitution drawn up by the popularly elected delegates, most of whom felt left behind, was to enshrine social rights in the new document.

Constitutions need general acceptance so we can turn to their rules to manage our differences. A constitution cannot be partisan. Only in this way — arguing within the limits of the constitution and not about it — can countries make changes within the framework of reasonable stability. In the end, what was proposed was a partisan document, which is why it failed.

To make a long story short, in the run-up to the election of the convention delegates, the right-wing parties, which get 35-40% of the vote in most elections, insisted that a two-thirds majority of convention representatives was needed in order to propose a new constitution to the public. But when the election for delegates took place, they got only about 20%, making them irrelevant to the process with no veto power.

The more moderate elements among the 155 delegates, like the socialists and President Gabriel Boric’s party, Frente Amplio, along with the Indigenous representatives and the independents, aligned with the agenda of the far-left to reach a two-thirds mandate. Here we saw the digital revolution really enter into Chilean politics for the first time. Though independents are not allowed to join coalitions in normal electoral contests, in this case they joined together in WhatsApp groups under the rubric La Lista del Pueblo. Though the more centrist members of the social democrats in the convention tried to change some of the more extreme clauses, they were unable to do enough.

Gardels: One proposal that stood out was the idea of making Chile “plurinational” in which Indigenous constituencies would operate under their own rules. What did you think of that idea?

Lagos: I would say that Chile was a plurinational state at the beginning. But once the Republic of Chile was established in 1818, it became very different: Everyone was equal under the law. Today, though many people identify as Mapuche, in a republic, they are Chileans.

Wouldn’t this have undone a key check and balance of a bicameral legislature?

Lagos: The idea of abolishing the Senate was a surprise to everyone. Clearly, most of the convention delegates considered the body too conservative given the history from the Pinochet years. But its institutional role is to provide some ballast and long-term perspective when there are large electoral majorities to prevent the system tipping too far in one direction and precipitating instability.

“The more centrist members of the social democrats in the convention tried to change some of the more extreme clauses, they were unable to do enough”

Gardels: So what are the next steps now?

Lagos: The constitutional process did not end on the day we learned the result of the plebiscite. The two alternatives at stake — a new constitution or a return to the present one — are far from summoning support from the great majority of citizens.

The current constitution fails to arouse this support since the veto power of private-sector supporters of the subsidiary state has been used to derail social and economic reform every time it was sought.

Chile needs and deserves a constitution that arouses consensus and that, sooner rather than later, allows us to stop debating it and start living it. The challenge remains to find a text capable of achieving a high degree of citizen acceptance.

We need to incorporate the responsible ideas that emerged from this process. The quorum for constitutional reforms has to be lowered. We need to put an end to the vestiges of a subsidiary state that remain and consecrate social rights instead, substantially following the proposal of the convention. That means ensuring equality between men and women; recognizing the native peoples, respecting and valuing their traditions, language and worldview and according them a scope of reasonable autonomy.

“Chile needs and deserves a constitution that arouses consensus and allows us to stop debating it and start living it.”

It will also be necessary to include the protection of nature and the environment. And as the convention did, we should recognize the rights of sexual minorities; of older adults; of people with disabilities and children and adolescents.

The challenge to come will consist of building a good constitution that unites us. While the president of the Republic has the leadership duty to sponsor this continuous effort to redraw a new constitution, it is not his task. He was elected to solve problems in these times, not to establish the rules of governance.

Practically speaking, we need at least a year and a half for sufficient deliberation over what should be salvaged from the rejected text, what should be saved and what was not considered. It would make the most sense for the president and Congress to set up a commission for this task that seeks broad public input for a fresh document that would be put to a new plebiscite in the coming years.

Gardels: In Ireland in 2016, Parliament set up a citizens’ assembly to consider whether the anti-abortion clause in the constitution should be removed. The chairperson, a just-retired supreme court justice, was appointed by the government. Thirty-three representatives were chosen by political parties and 66 were randomly selected as indicative of the public as a whole. They met over 15 months, advised by experts from all sides. Their consensus recommendation to remove the clause from the constitution was affirmed in a plebiscite.

Might this kind of citizens’ assembly be a good fit for the constitutional revision process going forward in Chile?

Lagos: That might be a good way to go, yes. In 1925, there was an effort to write a new constitution. Then-President Arturo Alessandri called together a group of 20 or so experts to provide the draft for a constitutional assembly that was going to be elected. As time ran short, he instead brought together the emerging trade unions and housing associations and appointed 90 citizens representing the social spectrum, including those in the lower-income ranks.

That lesson from Chilean history is obviously relevant today.