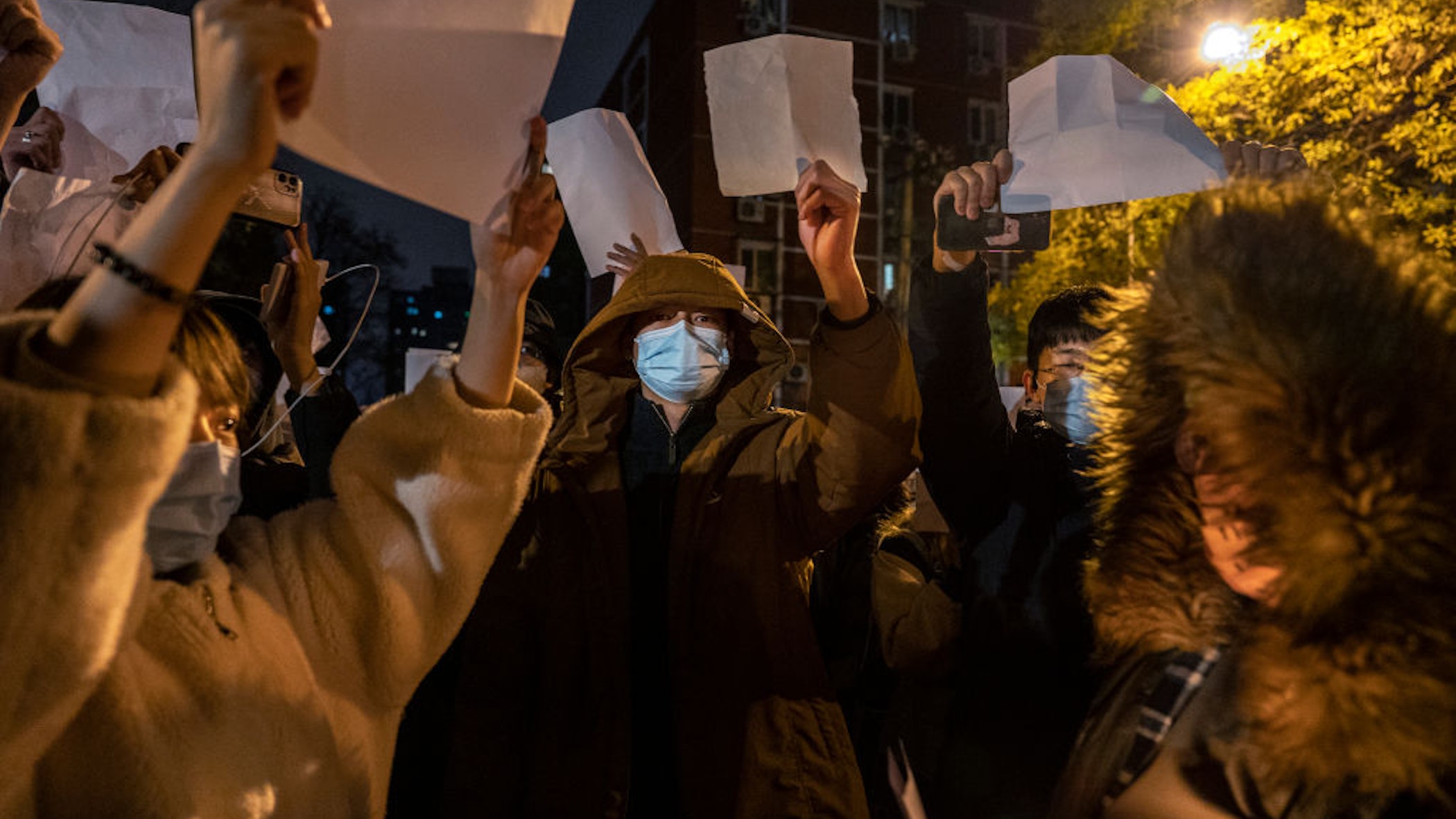 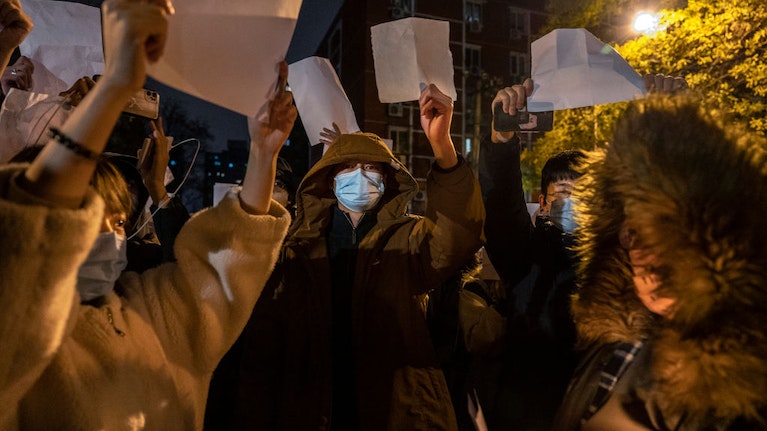 The startling public demonstrations against the zero-COVID lockdowns in China have shown yet again that inflexible hardlines set by autocrats are always brittle because they inexorably rouse the revolt of common sense. But there is a deeper story: the nascent emergence of an activated civil society sparked by Xi Jinping’s departure from the adaptive authoritarianism that has made China so successful over recent decades.

The spontaneous eruption of protests across the whole of China — from Beijing to Guangzhou, Shanghai, Chengdu, Urumqi and elsewhere — spread overnight like viral wildfire through peer-to-peer digital connectivity that breached the whack-a-mole fortifications of the Great Firewall. Watching from exile abroad, even the hardened dissident Wei Jingsheng was heartened by the light escaping through the cracks. “This shows that surveillance is not omnipotent,” he observed in his newsletter.

Volumes were written on the blank pieces of paper that were held up in protests and shown in smartphone videos widely circulated throughout the Middle Kingdom before they could be taken down. Aware that censors search for keywords to do their dirty work, clever-minded discontents understood that nothing is all that needs to be said to express what everybody already knows. That so many share what must go unspoken is a measure of the growing distance between the everyday lives of people and the path being taken by the present leadership.

A Civil Sphere With Chinese Characteristics

As the scholar Zheng Yongnian has pointed out, the development of a civil sphere in China that has heretofore been absorbed into the all-encompassing unitary state is like nothing one would have seen in the West. He characterizes it as a “dual process of legitimation and domination” that has mutually transformed both the Communist Party and civil society. By “taking into account the interests of other social forces and linking them with its own,” Zheng has written, the Party itself has necessarily been “self-transformed,” creating a kind of systemic accountability.

This two-way dynamic has its roots in the traditional Confucian ethos of governance. In contrast to the modern West, where the formal consent of the governed through elections grants legitimacy, in the traditional Confucian conception legitimacy is grounded in the virtue of the ruler. He is bound in a reciprocal relationship with his subjects, serving their needs as they obey his commands. In “The Analects,” Confucius lays out the mutual obligations of the virtuous hierarchical order: “If a man is correct in his own person, then there will be obedience without orders being given. But if he is not correct in his own person, there will not be obedience even though orders are given.”

As a utilitarian service provider, the legitimacy of China’s present Party-state system derives from its capacity to deliver the goods and respond to social concerns. If it doesn’t respond to the broad will of the people, what Zheng calls the “inclusive hegemony” that cements the Party’s power will come unglued. The system’s legitimacy is diminished to the extent that force, including censorship, substitutes for voluntary allegiance. What has made the system work so far will fail in the future if repression replaces adaptation and if hegemony is enforced from the top instead of legitimated through inclusiveness from below.

Yet, this is just what Xi has done. By tightening the grip of personalist rule while constricting the bottom-up channels of adaptation within the system, the Red Emperor has forced pent-up public sentiment to find expression elsewhere. He has provoked ordinary citizens into acting autonomously by taking the initiative in order to be heard. In effect, Xi has become the unwitting midwife who is delivering civil society from its long gestation in the womb of the unitary state.

The Power Of The Wrong Metaphor

The system that managed to balance stability and change for long periods is being challenged as never before.

What is different for China now than during the more than 2,000 years of its institutional civilization under varying forms of mandarinate rule is the intrusion of the information age. Today, all more or less share access to the same information as those who govern — despite the broad, hit-and-miss censorship practices. And it is here that the guiding anxiety of China’s top officials, who are determined not to succumb to the fate of the Soviet Communist Party, appears misplaced. They are laboring under the power of the wrong metaphor.

As Xi and his colleagues see it, the Soviets met their demise because of Gorbachev’s policy of glasnost, or transparent information. They have thus concluded that the way to survive is to construct a narrative people are compelled to believe by controlling what they are otherwise allowed to know. The truth is that the Soviet Union collapsed precisely because of a similar effort to paint reality with a narrative that didn’t square with people’s actual experience.

Admitting mistakes — brought to government officials’ attention by the activists and social media of a fledging civil society — and fixing them, rather than denying or covering them up, is what can sustain legitimacy in an age when everyone knows what’s what anyway through connectivity with everyone else.

In a surprisingly candid conversation in Beijing in 2015 before Xi consolidated his power, China’s then-internet czar, Lu Wei, quite openly acknowledged that, absent popular elections, robust feedback through even limited expression on Weibo or WeChat and other social media can be a necessary corrective to misguided authority that otherwise goes unchecked.

The old hierarchical system, in which the custodians of perception could impose an authoritative narrative, is doomed by the democratization of information. Just as, historically, the bourgeoisie created the space for civil society vis-à-vis royal absolutism in Europe, and just as women are today the makers of a democratic public sphere vis-à-vis theocracy and patriarchy in the Islamic world, so too the social networks of digital connectivity are the makers of an autonomous civil society in today’s China.

No one in the present leadership misses the fact that, with hundreds of millions of netizens, China’s cybersphere is the Tiananmen Square of the 21st century, with all the historical resonance that implies. To try to extinguish this incipient public space outside the Party-state, instead of accommodate it as a critical feedback loop for good governance, would be to invite the very fate of the Soviet Union they are so obsessed with avoiding.