The Tragic Figure Of Mikhail Gorbachev

The history he sought to end did not live up to his hopes. 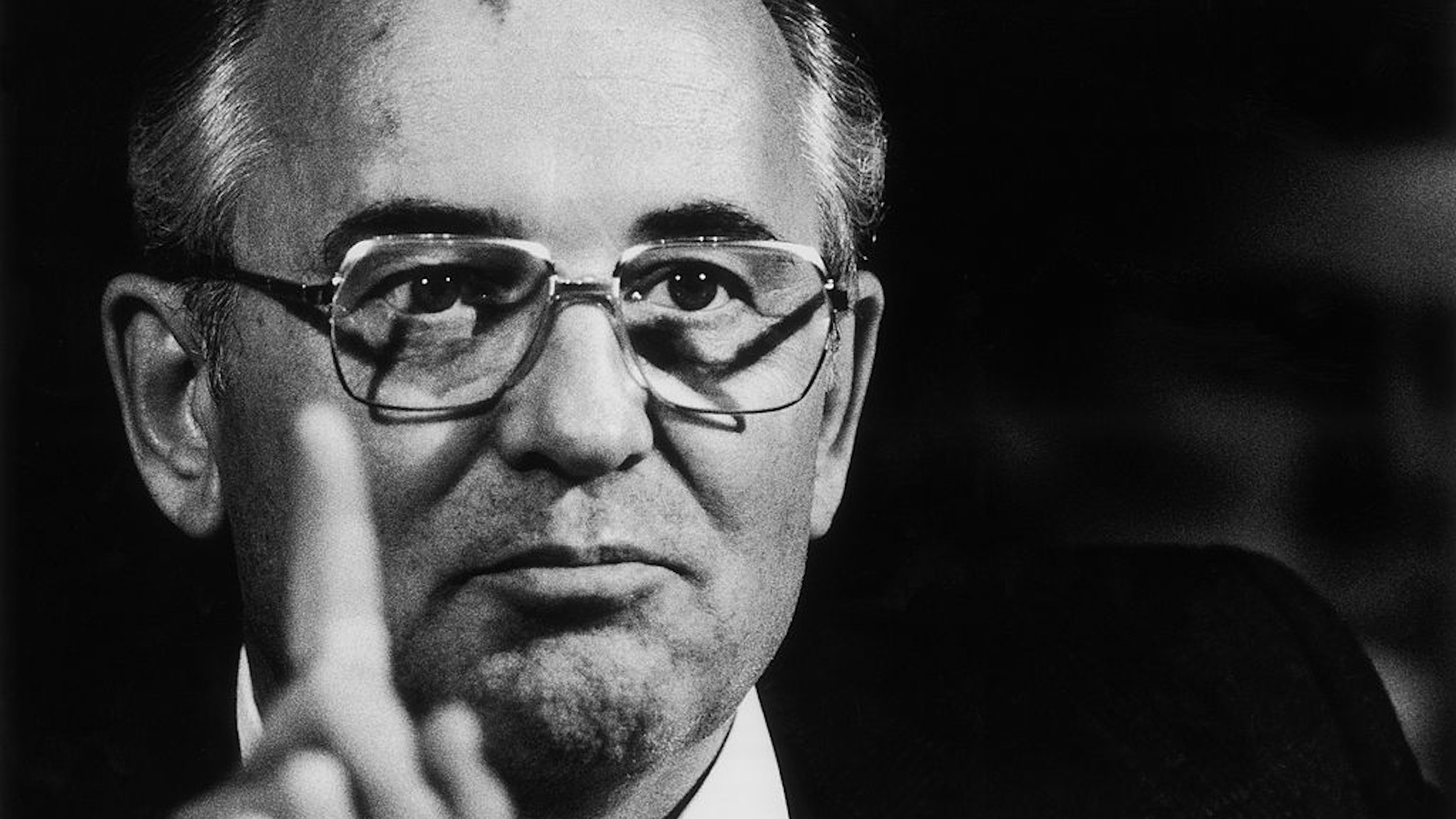 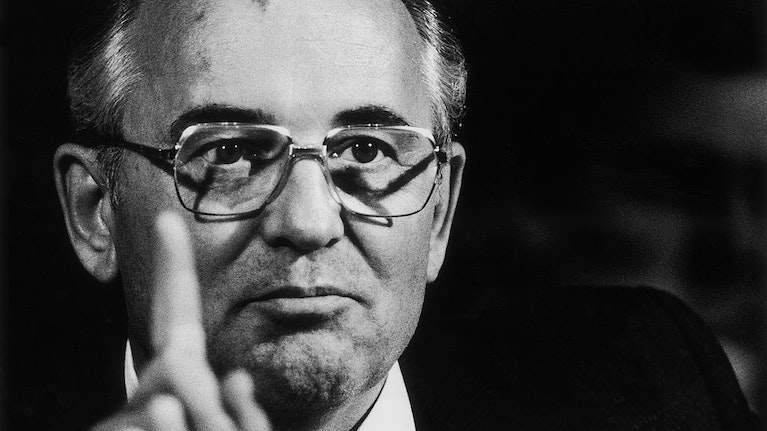 Mikhail Gorbachev, one of the most pivotal figures of the 20th century, died this week at 91. The history he sought to end did not live up to his bold hopes and expectations. Until his last days, the lost prestige of empire and social turmoil his reforms unleashed made him as unpopular at home as he remained popular in the West, which he felt betrayed him in the end. The ancient Greeks would call him a tragic figure.

In several conversations I had with the last Soviet leader over the years, he was keen to make clear his interpretation of historical events so the wrong lessons would not be learned.

How The Cold War Ended

The dominant narrative in the West is that Ronald Reagan’s uncompromising anti-Communism and steely arms buildup forced the Soviets to surrender in the Cold War. In reality, it was not the threat of force, but Gorbachev’s renunciation of it to hold the East Bloc together, that made all the difference. Consequently, that long chapter of confrontation closed with a whimper instead of a bang.

Gorbachev revealed his inner thinking in a roundtable exchange in 1995 with Margaret Thatcher, George H.W. Bush and Francois Mitterrand published in my book, “The Changing Global Order: World Leaders Reflect.”

In response to Thatcher’s assertion that Reagan’s Strategic Defense Initiative (popularly known as “Star Wars”) was a “vital factor” in bringing down the Soviet state, Gorbachev insisted it was “not decisive.” Of decisive importance, he said, “were the changes within the Soviet Union. They necessarily preceded any change in our external relations.”

As he put it: “In the eyes of the people, especially the educated, the totalitarian system had run its course morally and politically. People were waiting for reform. Russia was pregnant. So, the moment was mature to give possibility to the people. And we could only do it from above because initiative from below would have meant an explosion of discontent. This was the decisive factor, not SDI.”

Gorbachev’s renunciation of enforced control over his own people extended to the Soviet grip on Eastern Europe. He recalled gathering together all of the East Bloc leaders to tell them: “’I want to assure you that the principles that used to just be proclaimed — equality of states and non-interference in internal affairs — will now be our real policy. Therefore, you bear responsibility for affairs in your own country. We need perestroika and will do it in our own country. You make your own decision. This is the end of the Brezhnev Doctrine.’ In my years in power, we stuck to the policy I announced. We never interfered, not militarily, not even politically.”

Indeed, when Communist Party authority collapsed from East Germany to Czechoslovakia to Poland for the same reasons it fell apart in the Soviet Union, Moscow did not move one tank, and the Wall fell.

Betrayal By The West: So Much For New Thinking

Much has been made of late after the Russian invasion of Ukraine that the West never formally committed not to expand NATO eastward. For Gorbachev, the point was never some signed treaty, but a pledge in good faith by the United States that it would not fill the vacuum of the retreating Warsaw Pact with its own defense alliance. For him, it was a quid pro quo in the “new thinking” spirit of the times. As the post-Cold War years wore on, Gorbachev believed he had been betrayed by the West.

As he told me in one conversation 17 years ago now:

We thought a different time has come. But it didn’t. At some point, things began to change. I’m not only blaming the Americans because we made our mistakes, too — in Chechnya, for example. But Americans have treated us without proper respect. Russia is a serious partner. We are a country with a tremendous history, with diplomatic experience. It is an educated country that has contributed much to science.

The Soviet Union used to be not just an adversary but also a partner of the West. There was some balance in that system. Even though the U.S. and Europe signed a charter for a new Europe, the Charter of Paris, to demonstrate that a new world was possible, that charter was ignored and political gains were pursued to take advantage of the vacuum. The struggle for spheres of influence — contrary to the new thinking we propounded — was resumed by the U.S.

Framing the situation in terms not so different from Putin’s lament, he continued:

We were ready to build a new security architecture for Europe. But after the breakup of the Soviet Union and the end of the Warsaw Pact, NATO forgot all its promises. It was supposed to become more of a political than a military organization. NATO decided it would be an organization that intervenes anywhere on ‘humanitarian grounds.’ We have by now seen intervention not only in Yugoslavia, but in Iraq — intervention without any mandate or permission from the United Nations.

So much for the new thinking of 20 years ago the West so eagerly embraced when I announced it. The whole idea was that there were global interests beyond national interests — in the economy, in security and in the environment. … [But now we see that] nations still act mainly in their own interests. Most of all, the U.S. has engaged in a victory complex, a superiority complex.

Of course, like Putin, Gorbachev didn’t much account for the aspirations of those captive nations freed from the old Soviet shackles that they perceptively suspected might one day return in the form of Russian chauvinism.

When our conversation turned to the domestic front, the global statesman booted from office by Boris Yeltsin could barely contain his fury. I asked whether the lesson of the “shock therapy” approach of his successor was that “there are no short cuts in history. … You can’t suddenly leap from Soviet socialism to capitalism any more than Lenin could leap from a peasant economy to industrial Communism.”

Gorbachev replied: “Absolutely. Shock therapy was Bolshevism in reverse. The West, of course, applauded Yeltsin in attempting this misadventure of an historical shortcut. Instead of being the person who destroyed Communism, he was the person who ruined a huge country.”

One paradox that particularly stung Gorbachev was criticism by the great dissident novelist, Aleksandr Solzhenitsyn who, upon returning from America to post-Soviet Russia, was shocked by the crime, corruption and cultural licentiousness that came along with “too much freedom.”

Solzhenitsyn blamed it all on Gorbachev: “It is Gorbachev’s glasnost that has ruined everything,” he proclaimed. “Well, without glasnost,” the former Soviet leader fumed back when I questioned him about that statement, “he would still be living in exile in Vermont chopping wood.”

Gorbachev said he “greatly valued” Solzhenitsyn’s contribution to “the liberation that came to Russia” by publishing “The Gulag Archipelago.” And the writer was right “to condemn the shameful gap between rich and poor” as well as the “bribery and plunder” of the oligarchs and “the return to power of the army of bureaucrats, many of whom are the same ones who ran the Soviet Union.”

Further, he said, Solzhenitsyn is right that “the main goal of policy today ought to be to preserve Russian culture … not tear down the nation. But Russia’s problems are not caused by democracy, but the lack of it. They have happened because democratic checks and balances have not taken hold. Independent courts have not evolved.”

Where Vladimir Putin Was Right

It was in this context that, at the outset, Gorbachev appreciated Putin’s disciplined rule and efforts to restore authority out of chaos through recentralizing power.

“I don’t think the West understands what we are facing in Russia historically — three centuries of Mongol domination, serfdom, Communism. Russia is a vast country whose governance cannot be totally decentralized,” he tutored. “You have to seek a delicate balance between decentralization and centralization to keep stability. Under Yeltsin, we had unchecked decentralization. That didn’t create more democracy, but regional feudalism. Putin is right to have ended that arrangement.”

Though Putin would go on to extinguish the very democracy and “activated civil society” Gorbachev so valued, he nonetheless supported the annexation of Crimea in 2014.

While today Gorbachev is vilified by China’s leaders for his policies that brought down Communist rule and the Soviet state, we tend to forget that his liberalizing reforms at the time were part and parcel of the global zeitgeist that inspired the Chinese protestors in Tiananmen Square in 1989. In those days, I even conveyed a personal note of “fraternal greetings” from the ideology chief of the Chinese Politburo, Hu Qili, to Alexander Yakovlev, the architect of perestroika in Moscow.

It was in that atmosphere that Gorbachev visited Beijing and met with Premier Zhao Ziyang on the eve of the brutal crackdown when tensions with the authorities were mounting. Later, in the wake of the student massacre, the liberal-leaning Zhao was purged for revealing “state secrets” to Gorbachev by telling him that Deng Xiaoping, who would order the repression, remained the power behind the throne even though he had formally retired.

This was a “ludicrous accusation” according to Gorbachev. The real issue, as he saw it, was his advice that the student occupation should be defused politically through negotiation, not through the use of force. “I was confident a political solution could be found. I was wrong unfortunately. For China this remains a factor,” he said.

Returning to lessons he had learned from Russia’s own mistakes, Gorbachev’s advice in dealing with the Middle Kingdom was that “all of us should help China go forward incrementally, step by step, without provoking some kind of backlash. The worst thing would be another Cultural Revolution-type disruption. They are right to be cautious. Shock therapies and cultural revolutions make any problems you have worse.”

I last saw Gorbachev with my son Carlos, a pianist, for whom he had arranged lessons at the Moscow Conservatory. After some spirited banter about whether Mikhail Pletnev or Andrei Gavrilov was the best Russian pianist, Gorbachev then opined that, for him, Rachmaninoff’s “Piano Concerto No. 3” was the one piece of music that truly captured the experience of the roiling Russian soul in history, its romantic yearnings and dramatic upheavals, crescendos sweeping to emotional peaks and then crashing back down to solemn interludes.

“Perestroika’s greatest achievement,” as Gorbachev himself saw it “was to awaken and liberate the mind. People were freed to think without the constraint of fear — of the authorities or of nuclear war. For the first time, they had the right to choose. The effect of that is long term, and not yet over.”

For all the hope he brought to the world with these noble sentiments, they have for now been swallowed in the maw of that roiling soul so well understood by the Russian composer.