Fifteen-nation Asian trade pact with China — but without America — is a game changer. 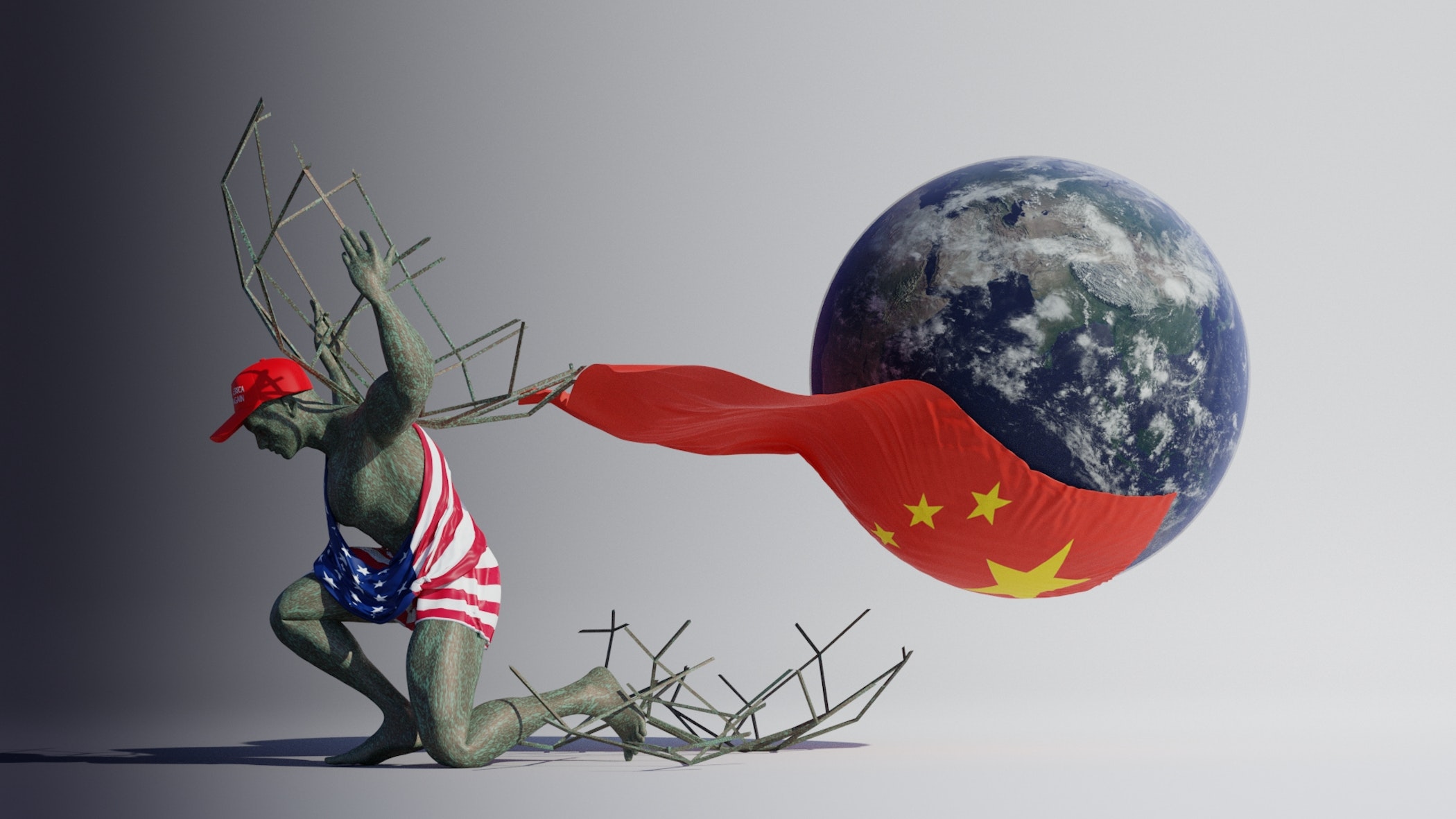 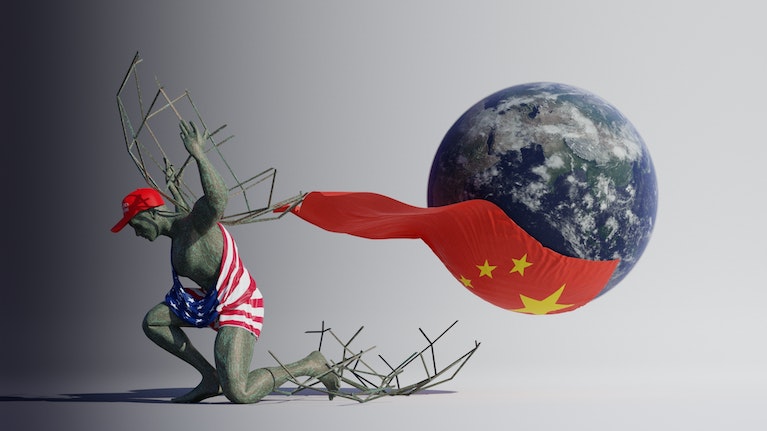 “The world doesn’t wait” is not the title of a fictional James Bond movie, but the reality of a global configuration of power that has moved on after four years of “America First” disengagement.

When U.S. President Donald Trump pulled out of the Trans-Pacific Partnership on trade and the Paris Climate Accord in the early days of his administration, it was said that this was not the end of globalization, but the end of America’s role in shaping it. The announcement this week of the Regional Comprehensive Economic Partnership in Asia precisely demonstrates how the planet just keeps on spinning despite America’s absence from the scene.

The R.C.E.P. — which brings together the ASEAN nations along with China, Japan, South Korea, Australia and New Zealand in one free trade zone — is a gamechanger that marks the advent of post-American globalization.

As former Mexican president Ernesto Zedillo writes in Noema this week in an essay adapted from his remarks at the Berggruen Institute’s 21st Century Council “Understanding China” conference, “this pact was spearheaded by China purportedly, in the view of some observers, as a counterweight to American influence in the region. The successful negotiation of this pact, which is now the largest free trade agreement in the world, truly highlights Trump’s inanity of dropping the T.P.P. for no good reason.”

He goes on to spell out the failed consequences of Trump’s ill-conceived trade war. “The U.S. trade deficit in August reached its highest level in 14 years, thus recording for the period of January to August a trade gap of $422 billion, up — despite the dramatic global economic slowdown — almost 6% from the equivalent period last year.”

Acknowledging that China has its own act to clean up, Zedillo also sees a way out of a counterproductive trade war going forward. He observes that the top trade negotiator in the Obama administration concluded “that when Trump took office, ‘a bilateral accord that imposes binding and enforceable requirements on China to dramatically increase its intellectual property rights enforcement, prohibit forced technology transfer, adopt meaningful disciplines on state-owned enterprises and open vast portions of the Chinese economy to market competition, including from U.S. firms’ was more than 90% complete.” Finishing this deal, he argues, is thus far from pie in the sky.

Aside from the resuscitation of this bilateral approach on trade, how might America under a new administration reinsert itself as a positive influence into this changing global landscape?

Speaking at the conference, Kevin Rudd called for a rules-based, “deeply realist” approach of “managed strategic competition” to “restabilize” the U.S.-China relationship. The former Australian prime minister laid out the three vital dimensions of this course. First, an understanding of what red lines can’t be crossed on each side (such as the “one China” policy with respect to Taiwan). Second, managing fierce competition, especially in AI and its related domains. Third, collaboration and cooperation on climate action, future pandemic management and, through the G20, global economic recovery. All this, he says, must be handled directly through high-level diplomacy by a point person on each side to oversee day-to-day dynamics, or “it could easily go awry.”

In his contribution to the conference, historian Niall Ferguson uses another more familiar term from recent history for managing the conflict. He suggests that “détente” between the U.S. and China should be accelerated forward at the beginning stages of this confrontation instead of at a more perilous point when it is already frozen into solid blocs, as was the case during the Cold War with the Soviet Union.

At the Bloomberg New Economy conference, also held this week, Henry Kissinger noted today’s unprecedented situation in world history when there are two roughly equal major powers on a global scale, now mired in ever-deepening discord. To cope with this reality, he divides the diplomatic challenge of the incoming Biden administration and the West generally into two parts — first, urgent dialogue on what to avoid, and then a longer-term agenda of what can be achieved together.

Kissinger’s view of what to avoid is ominous. In his words, we have moved from the “foothills” of a new Cold War to “the mountain passes.” The historical analogy he worries about is a repeat of World War I, when the great powers of the time stumbled into a senseless war, ignited by a relatively marginal issue that proved to be the straw that broke the camel’s back of mounting tensions on other more significant fronts. Only this time it would be worse, he fears, because of new technologies, including the capacity for cyberwar, that could so easily get out of hand.

Kissinger’s advice to the Biden team and to President Xi Jinping is similar to Rudd’s: Appoint high-level envoys trusted by each side to keep lines of communication open so some stumble doesn’t lead inexorably to a military rumble. Above all, as the veteran statesman has often said, the two sides have to fully grasp each other’s vastly different worldviews if there is going to be a foundation for understanding. Americans, as Kissinger put it, are pragmatic, looking for near-term fixes. The Chinese see everything in the long frame of their historical evolution as a civilization. This asymmetry alone is fraught with opportunities for missteps.

As an applied historian who looks back for guidance on how to move forward, Kissinger, who is 97 and a child of the disasters of the 20th century, is stronger on what to avoid than what can be achieved.

A small step toward what can be practically achieved together with China was taken at the 21st Century Council conference that portends much larger possibilities in the coming years. Former California Governor Jerry Brown and China’s top climate negotiator for the Paris Accords, Xie Zhenhua — cofounders of the California-China Climate Institute — agreed to join with the government of Guangdong Province to cooperate on reaching low-carbon growth goals and moving toward alignment of their carbon trading markets, thus structurally linking climate fates across borders despite conflict in other realms.

To really imagine what might be achieved if we avoid Kissinger’s war worries and “restabilize” the relationship, one would have to look 50 years ahead instead of a century back. Not surprisingly, among the more interesting ideas on this front came from another participant at the conference who is decades younger than Kissinger. As the managing partner of a venture capital fund invested on behalf of a consortium of Chinese state-owned enterprises, Angelica Anton was situated at the juncture between innovation and stability in a rapidly shifting global economy. This experience also gave her an appreciation of the differing cultural timeframes Kissinger considers essential in reaching joint understanding.

So, rather than seeing only conflict on the far horizon, she sees a productive complementarity between the “fast iteration” of Western-style startups and the long-term outlook of large state companies, a kind of middle way essential for any balanced economy in the steadily disruptive digital age. With a youthful optimism normally missing from the discourse, she further wonders why the scientific centers and tech companies of the West and China can’t cooperate on endeavors common to all humanity, such as longevity research, which would accrue to the wellbeing of everyone on the planet.

All these shifts to which America must now adapt were already in the making before Trump, whose administration will be seen in retrospect as the hapless midwife that facilitated their arrival more rapidly than they otherwise might have emerged. What has now become clear is that the North Atlantic nations that once dominated the world economy and the geopolitical order are no longer in the driver’s seat. The world is moving on, and the center of gravity is moving elsewhere.