Skip to the content
Credits
Mara Eagle is an American artist based in Montreal working in a wide range of media. Her work explores ways in which Western philosophy, science and literature have formulated a concept of nature through discursive, methodological and representational means. Also a venue for spectacle and observation, the gallery space is filled with an inflatable sculpture of a giant silk gland sheathed in metallic casing that doubles as seating for viewers. This extracted organ is based on photos from current research attempts to engineer transgenic silkworms whose glands have been modified to produce human collagen for use in cosmetic products. At once tragic, satirical and monumental, the installation explores how Western practices of sight, description and representation have produced and sustained a concept of nature amenable to industrialization and exploitation. 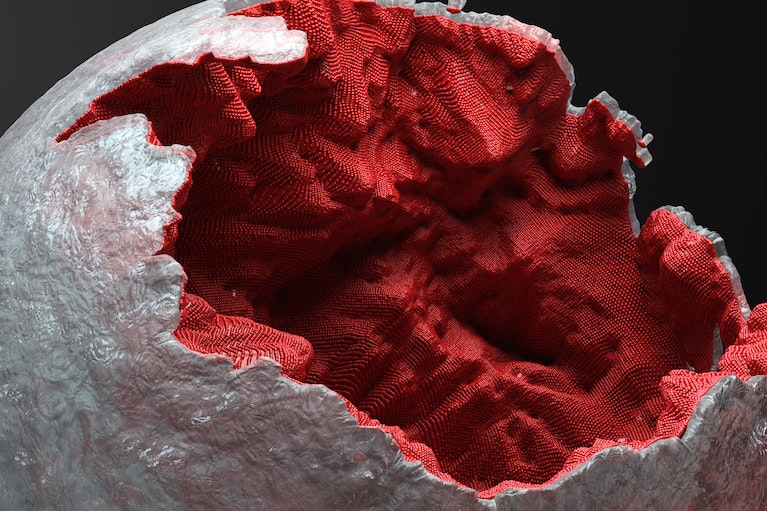