A week after the Trump administration made the decision to launch a cruise missile strike against Syria’s Shayrat air base, it is no surprise that the attack dangerously increased tensions in the Syrian civil war and emboldened forces that aim to maintain a state of chaos in the country. But what remains to be seen is what happens after the dust settles and the real impacts of the attack come to a head, especially in the country and surrounding region. So far, all signs point to more instability and less diplomacy in the months and years ahead, with the potential for an all-out Middle East war seeming increasingly likely.

The strike came at a sensitive time, when U.S. regional allies were pressing for greater U.S. intervention to confront perceived Iranian influence, Iranians were gearing up for a fast-approaching presidential election where centrist President Hassan Rouhani may be challenged by conservatives as he seeks a second term and continuing investigations into Trump’s alleged illicit dealings with Russia were still hanging in the air ahead of U.S. Secretary of State Rex Tillerson’s visit to Moscow. Meanwhile, the Syrian war had entered its seventh year, and Syrian government and opposition representatives had sat down for face-to-face talks for the first time, spurring hope that a political resolution to the crisis was within grasp.

Trump’s strike changed the dynamic and put us on a path toward confrontation. His actions in Syria will herald the following 10 consequences and side effects, which, when taken together, could unleash an imbroglio the likes of which could be worse than what followed the Iraq War.

1. The strike destroys the hope of a U.S.-Russia reset, putting global security at risk.

U.S. President Donald Trump’s election ushered in hope that the battered U.S.-Russia relationship could be improved and with it, the crises in Syria, Afghanistan and Yemen. The bitter tensions between these two global powers have only served to exacerbate regional conflicts in recent years, so collaboration on issues such as terrorism would in all likelihood increase the prospects of bringing about more lasting and positive change. However, the domestic controversy surrounding Trump’s alleged ties to Russia has proved a significant obstacle to U.S.-Russia détente.

Viewed in this context, Trump’s Syria strike may in part have been an attempt to weaken these allegations. Trump’s son Eric has supported this theory, stating: “If there was anything that Syria did, it was to validate the fact that there is no Russia tie.” With Tillerson in Moscow now, the precise effect this one-off strike will have on U.S.-Russia relations will have to be seen, but the situation is much colder than both may have hoped. In fact, Russian President Vladimir Putin has already indicated that trust had “deteriorated” between the two powers ahead of his meeting with the secretary of state this week and Trump has added that the relationship “may be at an all-time low.” If strikes such as these continue, they will eliminate any chance for U.S.-Russia cooperation and greatly endanger regional and international stability.

Like Trump, former U.S. President Barack Obama faced stringent domestic and foreign pressure to attack Syria and overthrow Syrian President Bashar Assad after the 2013 Ghouta chemical attack. However, Obama withstood the pressures, amidst doubt of the certainty of the Syrian government’s role in the attack from Director of National Intelligence James Clapper, later also expressed by independent investigators and the United Nations. Today, similar doubt is being cast on the Syrian government’s link to the Khan Sheikhoun chemical attack, not only from Russia and Iran but also figures such as former U.N. weapons inspector Scott Ritter, who led criticism that Iraq did not have weapons of mass destruction in the run-up to the Iraq War.

However, unlike Obama, Trump immediately accused Assad without extensive deliberation within the U.S. government and much less an independent investigation. If it turns out Assad was not the assailant, the real perpetrators who seek Assad’s overthrow will feel emboldened to repeat the same atrocity in order to trigger U.S. intervention. Putin has already warned that new attempts to “frame” Assad are underway. If this ends up being the case and the U.S. buys into the ploy, it will find itself fighting a war on behalf of truly nefarious actors capable of committing heinous acts and covering them up at the expense of others.

3. Trump’s strikes will lack legitimacy as long as Washington avoids an independent investigation.

In phone conversations with the foreign ministers of Russia, Algeria, European Union foreign policy chief Federica Mogherini and other world leaders, Iranian Foreign Minister Javad Zarif called for an international committee to investigate the attack, certify who the culprits were and allow them to be held responsible and punished appropriately.

Iran’s aim is to establish the details of the chemical attack and have America answer for its attack on another U.N. member state. Moscow has similarly described the missile strike as an “act of aggression” and is united with Iran in this goal. Russia has called for a thorough and unbiased investigation initiated by the Organization for the Prohibition of Chemical Weapons. If America stands against this, it will bolster Tehran and Moscow’s position that Washington has no hard evidence linking Assad to the chemical attack and that the missile strike had no legitimate basis.

Unilateral American actions in Afghanistan, Iraq and the American-spearheaded NATO attack on Libya have cost trillions in U.S. wealth, destabilized entire regions, led to deaths of thousands of U.S. troops, killed or displaced millions of civilians and strengthened terrorist groups across the world. Trump himself acknowledged this during his presidential campaign. Obama was also cognizant of these failures and favored multilateral over unilateral policies, the chief major achievement of which was the Iran nuclear deal. Trump’s strikes on Syria represent a return to a unilateral approach, which promises to have the same disastrous outcomes for the region, America and the world.

5. Advocating for regime change will only lead to more chaos as history has shown.

America has a history of carrying out interventionist policies in many countries across the globe. A major reason for the hostile U.S.-Iran relationship today is America’s long-standing regime change policy towards Iran. Obama was the first American president to announce that he was abandoning the regime change approach on Iran and even expressed regret about the Libyan intervention.

Meanwhile, Trump was fairly unique in disavowing regime change policies earlier. However, with his strike in Syria, he has ignited concerns that America is returning to regime change strategies. The track record of U.S. regime change policies ― in places like Afghanistan, Libya and Iraq ― shows they have increased instability. To continue this approach will only ensure more chaos for the region and beyond.

6. America is putting Russia in a tricky spot with no good solution for either side.

While America has many allies and military bases in the Middle East, Syria, where Moscow has an established military presence, is Russia’s main ally in the region. Turning on the Syrian government at such a crucial time will thus damage the reputation Putin has created for Moscow in the Middle East and beyond. The Kremlin has focused on increasing its global influence, and the moves it makes now are critical to its global standing. Losing Assad as an ally will most certainly tarnish Russia’s alliance credibility, even in the face of such immense international pressure to turn on him.

Further, comments by the White House that Russia is trying to “cover up” what happened at Khan Sheikhoun will only be perceived by Russia as insulting pressure from Trump to push Putin’s hand. If Trump decides to carry out additional strikes on Syria, Russia may decide its reputation is at stake and feel compelled to activate its Syrian missile defense systems, especially if its personnel and equipment are not given enough time to get out of harm’s way as they were with the Shayrat strike. Trump has in effect created a situation where both sides are left with no decision but to escalate, with potential nightmarish consequences.

7. The U.S. double standard on WMDs is only going to increase their presence globally.

America’s political and selective approach towards weapons of mass destructions, or WMDs, continues to have negative consequences for global peace and security. During the Iran-Iraq War, the West supplied the late Iraqi dictator Saddam Hussein with material, logistical and political support to launch chemical weapons attacks against Iran and his own people.

All told, about 100,000 Iranians were killed or injured, including countless civilians and children. In Halabja alone, some 5,000 Iraqis were killed, including hundreds of children. America’s false WMD reasoning for the 2003 invasion of Iraq of course also hangs over any new U.S. allegations concerning WMDs.

For America to now use the deaths of some 70 Syrian civilians to launch a missile strike on Syria reflects a double standard. America using the issue of chemical weapons to achieve its own ends and playing politics with civilian lives will only eliminate hopes to achieve a world free from WMDs and make their use more likely.

8. America’s selectivity toward the value of civilian lives will only cause more civilian deaths.

In the weeks prior to the Khan Sheikhoun tragedy, about 200 Iraqi civilians were killed in a single U.S. airstrike in Mosul. The so-called Islamic State also recently beheaded 33 Syrians in one incident and 12 in another. According to the nonprofit Airwars, in March alone, U.S.-led coalition airstrikes have led to deaths of as many as 1,000 Iraqi and Syrian civilians.

The Trump administration has taken no action to redress these humanitarian calamities, but at the same time has launched military strikes for the deaths of these 70 Syrians. This demonstrates that America selectively uses the deaths of civilians to advance its political aims. This approach can only lead to the loss of more civilian life.

9. Trump’s use of Arab allies and confrontation of Iran will only provoke Tehran.

Today, it is commonly acknowledged in Washington that the Arab Persian Gulf states are putting immense pressure on Trump to confront alleged malign Iranian influence in the region. Voices from these states have been pushing the line that if the U.S. finds it “difficult to cut off the head of the snake, than the second best option is start cutting off the tail of snake.” Trump’s phone call with Saudi King Salman immediately after the strike strongly suggests the move was in part meant to satisfy regional U.S. allies.

This idea of “U.S. wars with Arab money” promises not only to worsen regional conflicts, but to also put lives of American servicemen at unnecessary risk. Iran for its part will not sit silently in the face of aggression and will use its regional capabilities ― including its battle-hardened allies on the ground in Syria and Iraq ― to raise the cost of actions against it.

10. The strike’s violation of the UN charter makes it more likely others will cross international peace lines.

Based on the United Nations charter, the U.N. Security Council is the only international organ that can identify threats to international peace and decide on punishments. Unilateral U.S. actions are a blatant violation of the U.N. charter and serve to discredit the U.N. as a meaningful body. Such actions are thus a major blow to international peace and encourage other powers to take unilateral action, one of the reasons that likely led to Russia vetoing the U.N. resolution on the Syria attack. Meanwhile, in America, many are also declaring that the U.S. president’s actions violated the U.S. Constitution.

Trump has taken the United States on an extremely risky path with the Shayrat strikes. America now stands at the precipice of another Middle Eastern war, one that promises to be even more of a quagmire than Iraq and will only serve to elongate the suffering of the Syrian people. The reality is that for Syria, there is no military solution ― only a political one. And Trump has sadly decided to pursue military action before giving diplomacy a chance. 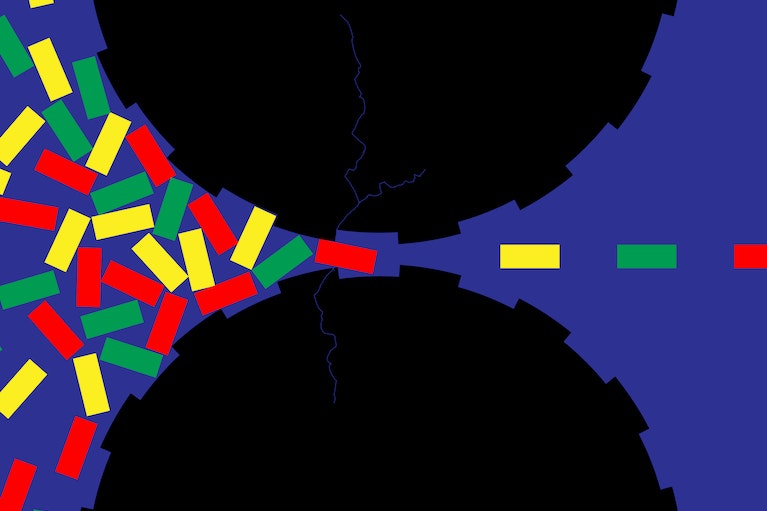