ISTANBUL — The U.S. military’s admission this week that an airstrike against extremists last year in Syria killed two children is too little and too late for many Syrians, hardening a deep distrust of U.S. efforts in the war-ravaged country.

“It’s not surprising at all,” Syrian activist Abdulla Sallom said over a weak Skype connection from Kafranbel, a northern city in the Idlib countryside currently under the control of non-extremist forces battling the Assad regime. U.S. strikes have “killed so many people. But for us — the people — it doesn’t mean much. We want them to stop striking.”

For months, activists have slammed the U.S. for airstrikes that target the Islamic State group and other militants, saying they have caused dozens of unacknowledged civilian casualties and have failed to touch President Bashar Assad’s regime. Every time the U.S. attacks rebel fighters in Syria and not the Assad regime, public opinion against the U.S. worsens, Sallom said.

“They’re not targeting the people who have done the most crimes,” said Sallom, a former factory worker turned activist.

Syrians rose up against the Assad family’s oppressive rule in 2011, only to face a bloody government crackdown on dissidents. The situation devolved into chaos, creating a power vacuum exploited by groups like the formerly Iraq-based Islamic State. As Sallom lamented U.S. foreign policy on Skype, the white paint peeled off the walls behind him.

Sallom said he especially resents that the U.S. is targeting Jabhat al Nusra, known as al Qaeda in Syria, one of the most powerful fighting forces battling Assad. He said he has heard strikes on Nusra bases from his home in Kafranbel.

The U.S. military’s statement Thursday admitting killing the children was the first American acknowledgement that its strikes in Syria had caused civilian casualties. It had a deep impact because the victims were two little girls.

An internal investigation declassified by the military detailed a Nov. 5 airstrike near the northern Syrian town of Harim in Idlib province meant to destroy a meeting place and explosives-making facility used by the al Qaeda-linked Khorasan Group.

“Despite the success of the airstrikes in destroying the targets, the strikes likely resulted in the deaths of two civilians,” said a report on the military’s investigation. Two other civilians living near a targeted location sustained “minor injuries,” according to the report.

The report claimed that “all targeting procedures were followed in order to mitigate possible civilian casualties during these strikes.”

One month before the strike, the White House said new rules in places like Yemen and Pakistan requiring the military to have “near certainty” it was not going to kill civilians would not apply to strikes in Iraq and Syria.

Despite efforts to curb the Islamic State’s hold on the region, extremists have gained more ground. In the past week alone, the group has taken the key Iraqi city of Ramadi and Syria’s Palmyra and its ancient ruins (as well as a notorious regime torture jail). ISIS now reportedly controls at least half of Syria, according to the U.K.-based Syria monitoring group known as the Observatory for Human Rights.

Controversial and damaging to the U.S. mission as collateral damage may be, it does not appear for now that the military will alter its operations. A defense official confirmed to The WorldPost Friday that the U.S. military won’t change its targeting process following the investigation into the two girls’ deaths.

“The investigating officer did not recommend any changes to our processes,” Maj. Jens Lunde, a spokesman for the U.S. operation in Iraq and Syria, said in an email to HuffPost. “Although we strive to avoid non-combatant casualties in this extremely complex operating environment, we recognize the continued risk inherent in airstrikes. In the case of this airstrike, all appropriate procedures were followed to mitigate non-combatant casualties, the target was a valid military target, and the military principles of necessity, humanity, proportionality, and distinction were adhered to.” 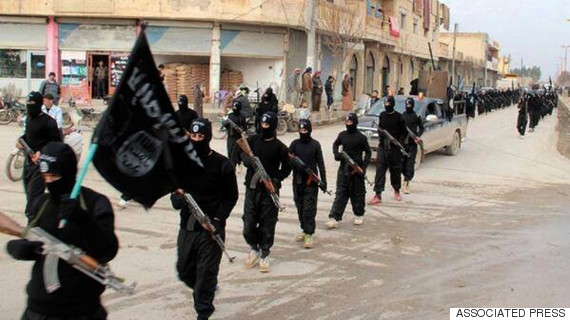 This undated file image posted on a militant website on Jan. 14, 2014, which has been verified and is consistent with other AP reporting, shows fighters from ISIS marching in Raqqa, Syria.

The U.S. military command “regret[s] the unintentional loss of life and express our heartfelt sympathy to those affected,” Lunde wrote.

Salah Safadi, a Syrian physician from Aleppo now living in Turkey, appreciates that sentiment. “This is a positive step that they’re admitting to this crime … given the fact that they’ve committed many mistakes,” he told the WorldPost.

Safadi blamed a lack of good intelligence on the ground for the American mistake, echoing a problem noted by intelligence officials early in the U.S.-led campaign in Syria.

If that is the chief problem, there appears to now be a ray of hope. Rep. Adam Schiff (D-Calif.), the ranking Democrat on the House Intelligence Committee, told reporters this week at a Christian Science Monitor breakfast in Washington that U.S. intelligence-gathering in Syria is improving, citing that as the reason why the U.S. could launch a successful raid last weekend that killed an ISIS leader.

But past mistakes will continue to matter. Because the Nov. 5 strike is hardly the only time there have been reported civilian casualties, the military’s admission was a symbolic slap in the face to many Syrians.

A Syrian surgeon in a field hospital in Idlib, who asked to be refered to as J.A.S., for his own safety, said his hospital has treated civilian victims from coalition strikes as recently as a few days go. The surgeon said the hospital sent a young girl to Turkey for treatment following the most recent coalition strike nearby.

The WorldPost could not corroborate his claims.

“We had little trust in the U.S. government to begin with, and this trust is weakening,” the surgeon said. “This recognition came very late. It’s not possible they didn’t notice they are killing civilians until now.”

Just three weeks ago, the Syrian Observatory for Human Rights reported that U.S.-led airstrikes killed at least 52 people, including 7 children, in the northern province of Aleppo. The WorldPost could not independently verify this claim.

U.S. Central Command spokesman Maj. Curtis Kellogg told the AP there was no information to back up that report, although he vowed to “look into them further.” 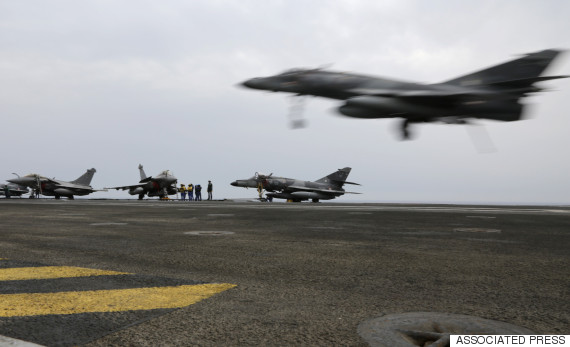 In this Tuesday, March 17, 2015, photo, a French military plane lands on the flight deck of the French Navy aircraft carrier Charles de Gaulle in the Persian Gulf. Aircraft aboard the French carrier are flying bombing and reconnaissance missions as part of a U.S.-led coalition targeting Islamic State militants in Iraq.

The military’s statements sugar-coat a history of many more civilian casualties, Yasir Alsyed, a Syrian lawyer now living near the Turkey-Syria border who calls himself a human rights activist, told The WorldPost. Syrian activists, doctors, and civilians have repeatedly informed U.S. officials and journalists that civilians have been killed in U.S.-led strikes, he lamented.

“It’s sort of an American conscience-laundering,” Alsyed said by phone, saying the U.S. admits slight wrongdoing in order to assuage its conscience.

Safadi, the physician, said he’s not holding his breath that the Obama administration will change its approach in Syria after more than four years of dashed hopes.

“I’m waiting for the next election,” Safadi said, wondering aloud if Hillary Clinton could somehow save Syria.