War Is The Child Of Siloed Rivals

The age of non-communication and deglobalization invites military conflict. 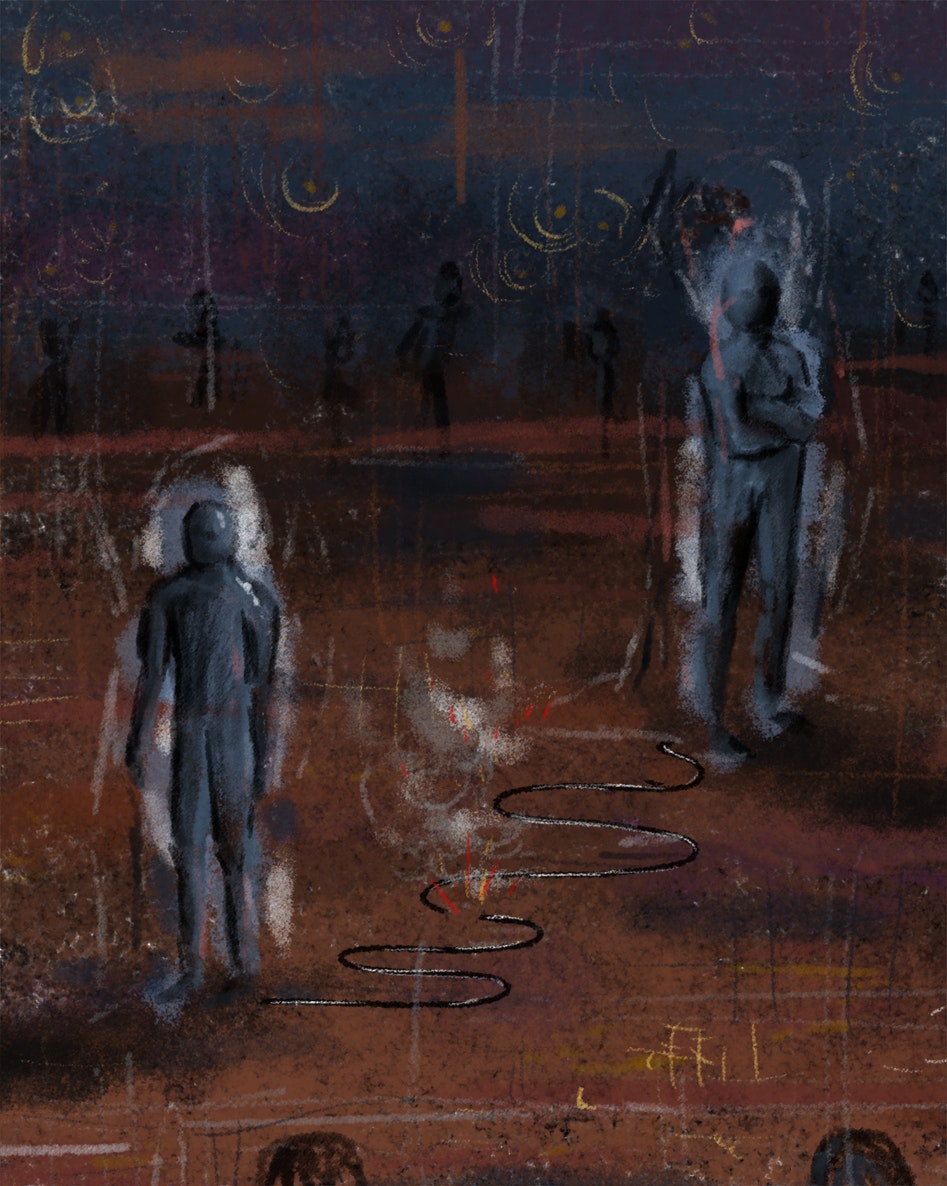 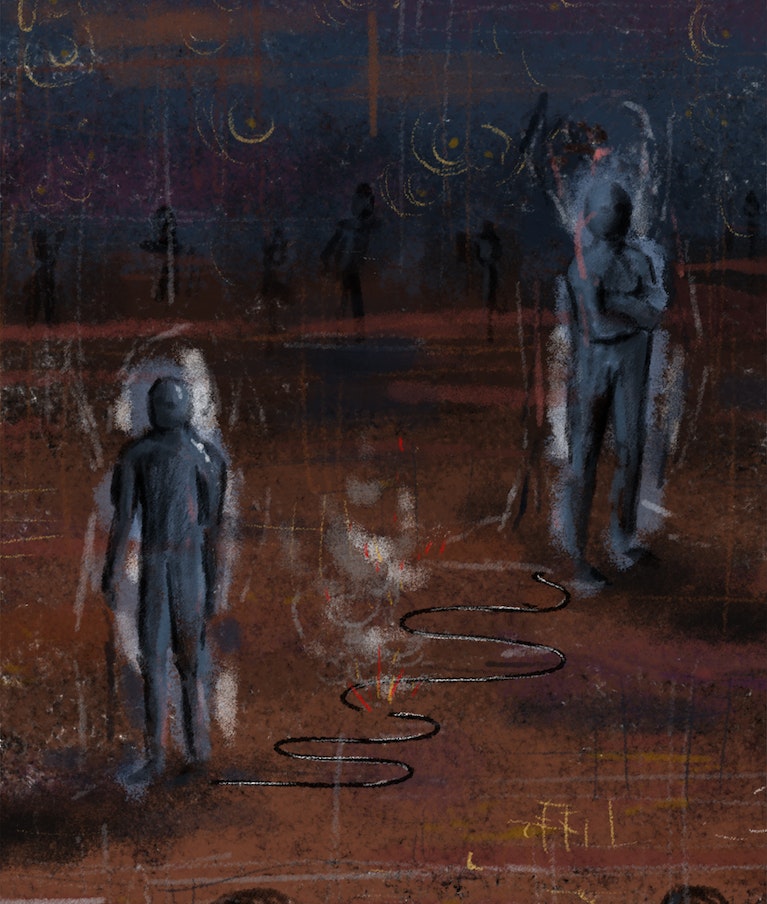 It should not be so surprising that the first major war in Europe in nearly 80 years has followed so soon along the path toward deglobalization and the decoupling of interdependence sparked by the populist backlash in the West and the rise of autocratic nationalism in Russia and China.

When nations believe they have more to gain by solely pursuing their own interests than by being tied together with others, a kind of multipolar isolation sets in. Competitors become Hobbesian rivals who no longer even try to understand each other. They retreat into their own mythos, unable to fathom what moves the world beyond their self-enclosed silos.

These developments have been both fueled and amplified by the tribal character of digital connectivity that has transmuted the information age into an age of non-communication. The splinternet has predictably evolved into wars among platforms armed with predisposed views of reality that resist external checks on perceptions.

As Claire Webb writes in Noema, epistemes or paradigms determine how information is received and processed according to already established worldviews. In more lay language, as Yuval Noah Harari has argued, the shared stories we tell ourselves frame how we organize our lives, engage with others and, indeed, conceive of enemies and wage wars.

In short, the stubborn bubble of belief tends to trump reason and the realistic assessment of facts. That has always been the case, but more so when there is constant viral reinforcement in real-time from the like-minded aided and abetted by the state control or hyper-partisan bent of the mainstream media.

Thus, most Republicans in the United States still believe the election was stolen from Trump just as the majority of Russians, so far, approve of President Vladimir Putin’s “special military operation” to “liberate” Ukraine.

The situation is compounded when censorship enforces an alternative narrative people are compelled to believe through control of what they are otherwise allowed to know.

As Li Yuan wrote recently in the New York Times, many Chinese were surprised to hear that Putin blocked Facebook and Twitter in Russia after invading Ukraine since such outside penetration of Western platforms has long been shuttered in China. She cites human rights researcher Yaqiu Wang who tweeted: “When people ask me how info environment within the Great Firewall is like I say, ‘imagine the whole country is one giant Qanon.’”

The Mutual Insularity Of Elites

The geopolitical clash of alternative realities is worsened still when policy-influencing elites who would seek an objective evaluation of differences and commonalities with their counterparts across borders and civilizational boundaries are isolated from each other. Personal contact and good faith communication, both officially and in civil society, do not always deter open conflict, but their absence is always a prelude to it.

Such exchanges that enable a reading of ground realities in China and the West, including the Berggruen Institute’s 21st Century Council dialogues with Xi Jinping and others in the Chinese leadership that began in 2015, have withered and come to a halt under the strain of mounting hostility. Students and scholars no longer go back and forth. The COVID pandemic, which axed travel between countries, even further sealed a mutual insularity that all too easily fosters faulty judgment.

What we have today instead is a screaming match from afar, the Washington foreign policy blob seized by anti-China hysteria mirrored by Beijing’s aggressive “wolf warrior” diplomacy.

That China might see it in its interest to join a “no limits” partnership with Putin on the eve of his invasion of Ukraine suggests its leaders mistakenly came to see the West as deeper into paralyzing decline than it actually is. Like Putin, the Chinese seem to have strung together a host of developments, from the assault on the U.S. Capitol to the withdrawal from Afghanistan to the cultural obsession with identity politics, and concluded the West was so weak and decadent it had no fight left.

One can see how, from a distance, open societies divided against themselves could be so interpreted. After all, Biden has yet to demonstrate his challenge to autocratic China that democracies can reach an enduring governing consensus. But just as Putin underestimated the patriotic backbone of Ukrainians, Russia and China woefully misjudged the West’s resilient capacity to mobilize around core values when directly challenged.

The kernel of truth in Putin’s view of NATO’s expansion as slow-motion “aggression” against Russia was blown up in his mind into a clear and present danger that justified sending the bulk of his armed forces into battle in Ukraine. China went along with this perception since it similarly sees America’s open declaration of containment as the primal threat to a future of its own making.

One does not have to wholly agree with these perceptions to take them as seriously as they are believed. In his 2014 book, “A Sense of the Enemy: The High-Stakes History of Reading Your Rival’s Mind,” Zachary Shore proposes “strategic empathy” as the ability to discern a rival’s “underlying drivers and constraints” so that attempts to influence their course of action can be effective.

The inability to do so results from what the foreign policy realist Hans Morgenthau called “strategic narcissism” — the hubristic assumption that a nation’s own plans for the world will prevail unhindered by the agency of others with different worldviews and sets of interests. This was as true of the U.S. invasion of Iraq as it is of Putin’s invasion of Ukraine. And, one worries, it may be true of Xi Jinping’s designs for Taiwan.

Strategic rivalry is never more dangerous than when nations in conflict are so isolated from each other that they can’t grasp the “drivers and constraints” of their rival and thus blunder into war.

Paradoxically, it is the remnants of interdependence that may be the strongest lever the West has to end the Ukraine war. As former Mexican President Ernesto Zedillo and James Levinsohn point out in Noema this week, sanctions will be punishingly effective in Russia precisely because of its degree of dependence on the West it is frontally challenging.

“This possible avenue to peace exists only because Russia is economically entwined with the rest of the world,” they write. “Were Russia as autarkic as the Soviet Union was, the instrument of sanctions to pursue peace would be hollow. Therefore, although Russia’s economic interdependence did not prevent war, the globalization of the Russian economy is now providing the most significant opportunity to achieve peace. Indeed, the resolute use by the international community of the opportunities offered by globalization to respond to Russia’s aggression is what can save the international legal order.”

As Zedillo and Levinsohn acknowledge, economic interdependence alone does not guarantee global peace and stability. So, too, it would be naïve to suggest that sustained communication and engagement can by themselves avoid war. But what we know for certain is that the isolation of rivals from each other breeds the suspicion and misapprehension that inexorably feeds the fever for it.