A bias toward “coercive” foreign policy stymies U.S. efforts to bring peace to Ukraine and stabilize the global economy at a moment of turmoil. 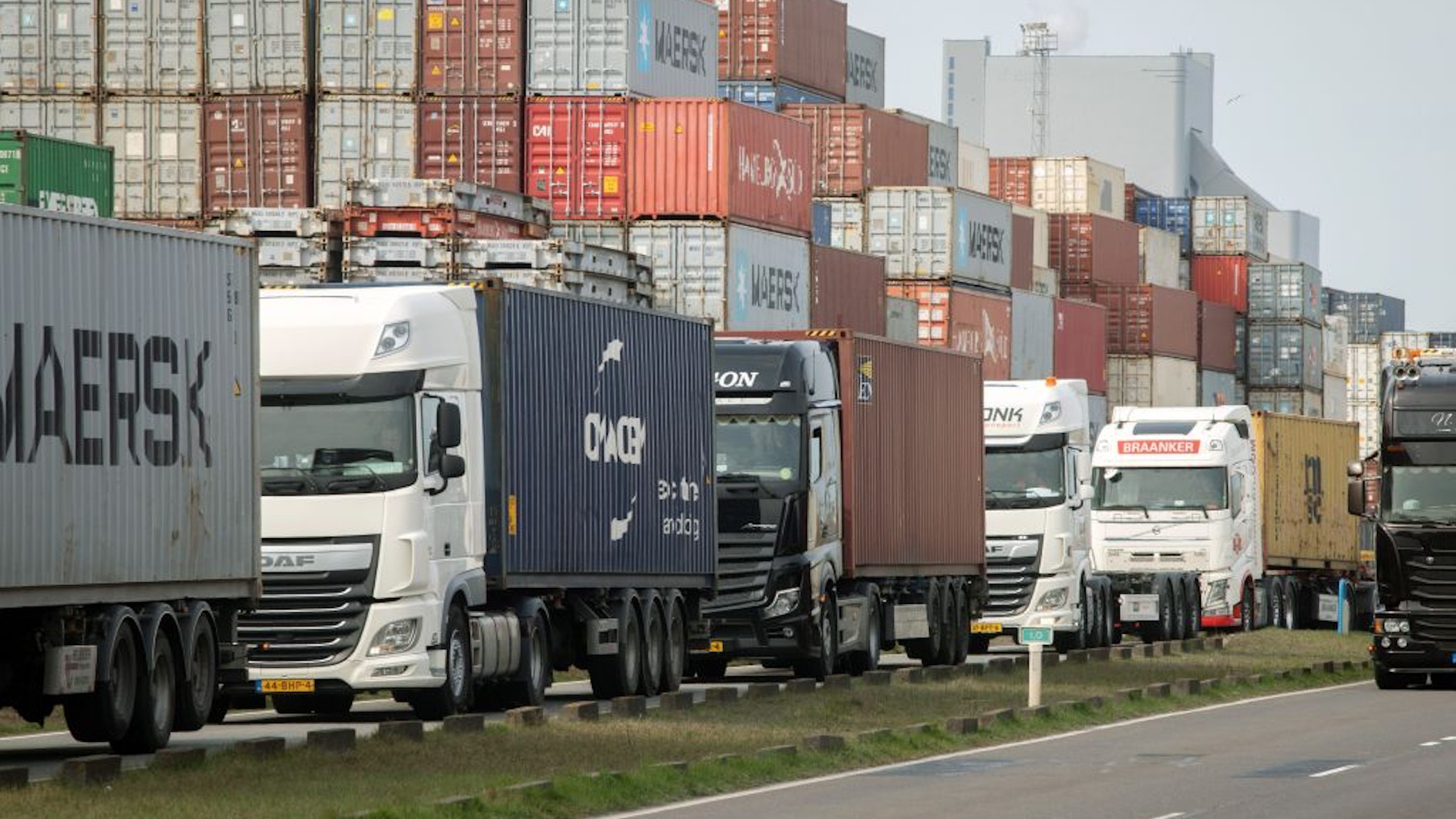 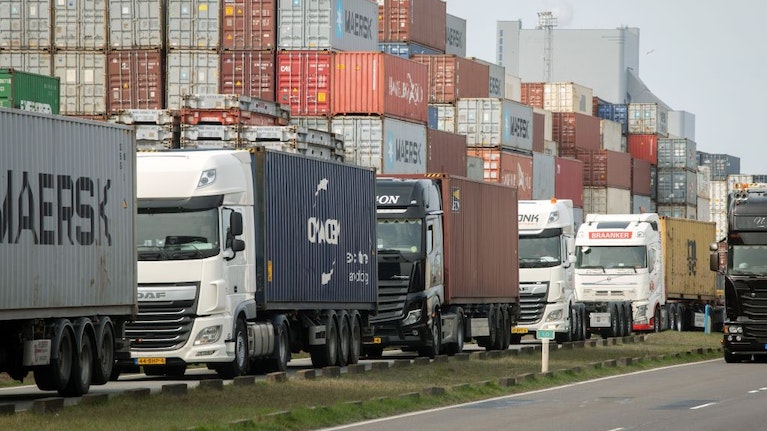 More than a month into the economic pressure campaign against Moscow, the United States is at an impasse. Though the Biden administration announced new sanctions on Wednesday, there is significant uncertainty about how quickly to escalate its economic war, and how severe it should be, to respond to continued Russian atrocities. Allies are wavering at the costs of escalation, non-aligned countries chafing at U.S. economic power, and the global economy is wobbling. Significantly upping the pressure on Russia seems daunting.

Nevertheless, Washington can succeed in this economic war. So far, it has carried out the fight with one hand tied behind its back: imposing harsh sanctions against Moscow but not propping up its allies, non-aligned countries or the global economy. Providing this much-needed economic support would help the U.S. shore up the resilience of the sanctions, ensure greater buy-in for its pressure campaign and ultimately bring peace to Ukraine.

Since the first U.S. sanctions, as the Russian economy has dived steeply, Moscow has continued to export its natural resources, dulling the West’s economic and political blow, refocused its military campaign and committed shocking crimes, raising doubts about whether the current economic measures are enough to change Vladimir Putin’s calculus.

Leaders on both sides of the Atlantic want to escalate their economic retaliation against Russia’s increasingly lawless behavior. But global dissent over the sanctions campaign is also rising. Germany and Austria have pushed back against calls to ban Russian oil imports, wary of the domestic economic blowback. Non-aligned countries are objecting to sanctions escalation and could potentially provide a lifeline to Moscow. India, an oil importer with much to benefit from purchasing discounted Russian fossil fuels, has still not taken a side. In recent weeks, it has welcomed Russian and Chinese officials as well as top U.S. officials, as each country tries to cajole Narendra Modi’s government. China, meanwhile, has balanced rhetorical support for Russia with more ambiguous economic moves.

More generally, sanctions-induced disruptions to the global economy are fueling political instability, making Western leaders think twice about harsher moves. Countries that import a significant amount of their food, like Egypt, face higher wheat prices and unreliable supply chains because of disruptions to or the unavailability of Russian and Ukrainian exports. In the U.S., rising gas prices and supply chain disruptions, combined with the Federal Reserve’s war-time interest rates hikes, are hurting consumer sentiment and growth expectations.

The problem is that pairing escalated sanctions with stabilization measures is harder than it seems. Under U.S. law, the president can easily impose sanctions and other “coercive” economic measures but wields little “constructive” power to enable alternative economic activity.

This “coercive” slant to U.S. policy has shaped the Biden administration’s early stabilization attempts. To bring additional oil to market and lower prices, one of Biden’s first initiatives was to try lifting sanctions on Iran (by reinstating the nuclear deal) and Venezuela. Sanctions, whether imposed or lifted, remain the fastest and easiest policy option for a president in a crisis.

This limited toolkit makes it harder for Washington to build coalitions and escalate pressure on Russia. After a Biden administration official warned of consequences if New Delhi deepened ties to Moscow, India’s former U.N. ambassador tweeted that this was “not the language of diplomacy [but] the language of coercion.” As long as its “constructive” options remain limited, the U.S. will likely find itself reaching for sticks more often than carrots — with dwindling results.

Unlike the president, Congress can propose constructive solutions. It can authorize funding to clear supply chain snarls; assist allies, neutrals and suffering populations; and ramp up investment. Just two years ago, Congress responded to the coronavirus crisis by giving the Treasury Department (and the Federal Reserve) half a trillion dollars to support troubled sectors and prop up the stumbling economy.

This time around, Congress has urged the president to use his executive powers without passing its own measures beside sending weapons and humanitarian aid. To its credit, the Biden administration has cobbled together what “constructive” powers it has. It authorized the largest-ever drawdown of the Strategic Petroleum Reserve and is using the Defense Production Act to secure key inputs like batteries to hasten the transition to greener forms of energy. But there is more it can do to expand energy and food production.

It is past time for Congress to stabilize the global economy — and save Ukraine in the process. A major step in that direction would be to empower the Treasury Department’s Office of Foreign Assets Control (OFAC), the small but extremely influential office in charge of administering U.S. sanctions, to become constructive as well as coercive.

“It is past time for Congress to stabilize the global economy — and save Ukraine in the process.”

As the key sanctions agency, OFAC already sits at the center of the U.S. economic war on Russia. Whenever Biden announces a new measure against Moscow, it is OFAC that releases the detailed official description of, for example, which activities are prohibited with Russian banks. OFAC also releases the “frequently asked questions” that are key for clarifying what seem like minute details but have massive economic consequences, such as the fate of Kazakh oil transiting in pipelines across Russia.

OFAC is the first to know the consequences of its actions. After any announcement, companies will reach out with queries and requests, and OFAC will often update its measures in response. As doubts over food supply increased, for example, it issued a broad-based exemption to clarify that Russian food exports were not sanctioned. OFAC also has the power to grant one-off non-public individualized exemptions for specific activities. Until this week, for example, OFAC appears to have been approving JPMorgan Chase’s processing of Russian debt payments on a case-by-case basis.

Currently, however, OFAC can do little with the insights it gathers from its unparalleled understanding of the blockages and frictions caused by sanctions. As a coercive agency, it can only exempt businesses from sanctions. It has no power to use its own funds for positive efforts. This, in turn, sets up a trade-off: It can put economic pressure on Russia by imposing costs on allied and non-aligned countries’ businesses, or it can support these businesses through exemptions, which gives Moscow breathing room.

A constructive OFAC could break out of this trap. An expanded agency could bring its world-class sanctions lawyers and policy analysts together with economic diplomats, international development practitioners and the business community. Rather than just choosing whether to punish or exempt countries and firms, it could propose and fund alternatives: help food importers like Egypt by offsetting higher freight rates or supporting Cairo’s bread subsidy; subsidize India’s purchases of U.S. weapons to break its dependence on Russian materiel; provide finance and guarantees to speed up India’s nascent wheat exports to Egypt; defray the cost of breaking Australian gas export contracts to redirect shipments to Europe; or carry out touchy foreign exchange transactions instead of just facilitating them.

These measures would help OFAC stay true to Treasury Secretary Janet Yellen’s goal of “impos[ing] maximum pain on Russia, while … shielding the United States and [its] partners from undue economic harm.” With economic backing from OFAC, U.S. allies could escalate their own restrictive measures, providing fewer loopholes for Russia to exploit. Meanwhile, greater U.S. munificence could blunt the image among non-aligned countries of Washington as focused exclusively on coercion. Finally, companies would follow OFAC’s own rules more stringently, knowing they could rely on the office’s help to offset their costs.

“A constructive OFAC could break out of this trap.”

The impact of an empowered OFAC will go beyond the U.S. It can serve as the proof of concept for the “Freedom Fund,” a “financial NATO” that could strengthen the economic weapons available to retaliate against countries that break the international rules-based order. Other countries could similarly combine coercive and constructive measures to dial up the pressure on Moscow.

But most immediately, a constructive OFAC would prepare the way for peace in Ukraine. Often, after Washington lifts restrictions, the private sector is wary of reengaging with a previously targeted country. If OFAC had the power to put its own money down after a peace deal, it would signal to the private sector that it is safe to reenter, facilitating the flow of capital back into regions needing reconstruction.

In the past decade, the U.S. has slowly started to recognize that relying solely on coercive measures is not enough to accomplish its foreign policy goals. To slow China’s rise, for example, Washington has imposed sanctions and technology restrictions, but is has also created the International Development Finance Corporation (through the appropriately named BUILD Act) and is now considering funding to boost domestic manufacturing of semiconductors, efforts to build out an alternative economic order.

The U.S. bias toward coercion now stymies Washington’s support for Ukraine. But a newly empowered OFAC would help bring an end to the conflict, stabilize the global economy at a moment of turmoil and be a harbinger of a more constructive U.S. foreign policy.