Recent years have seen the democratic spirit advancing at the expense of the meritocratic. Here’s why that’s a problem. 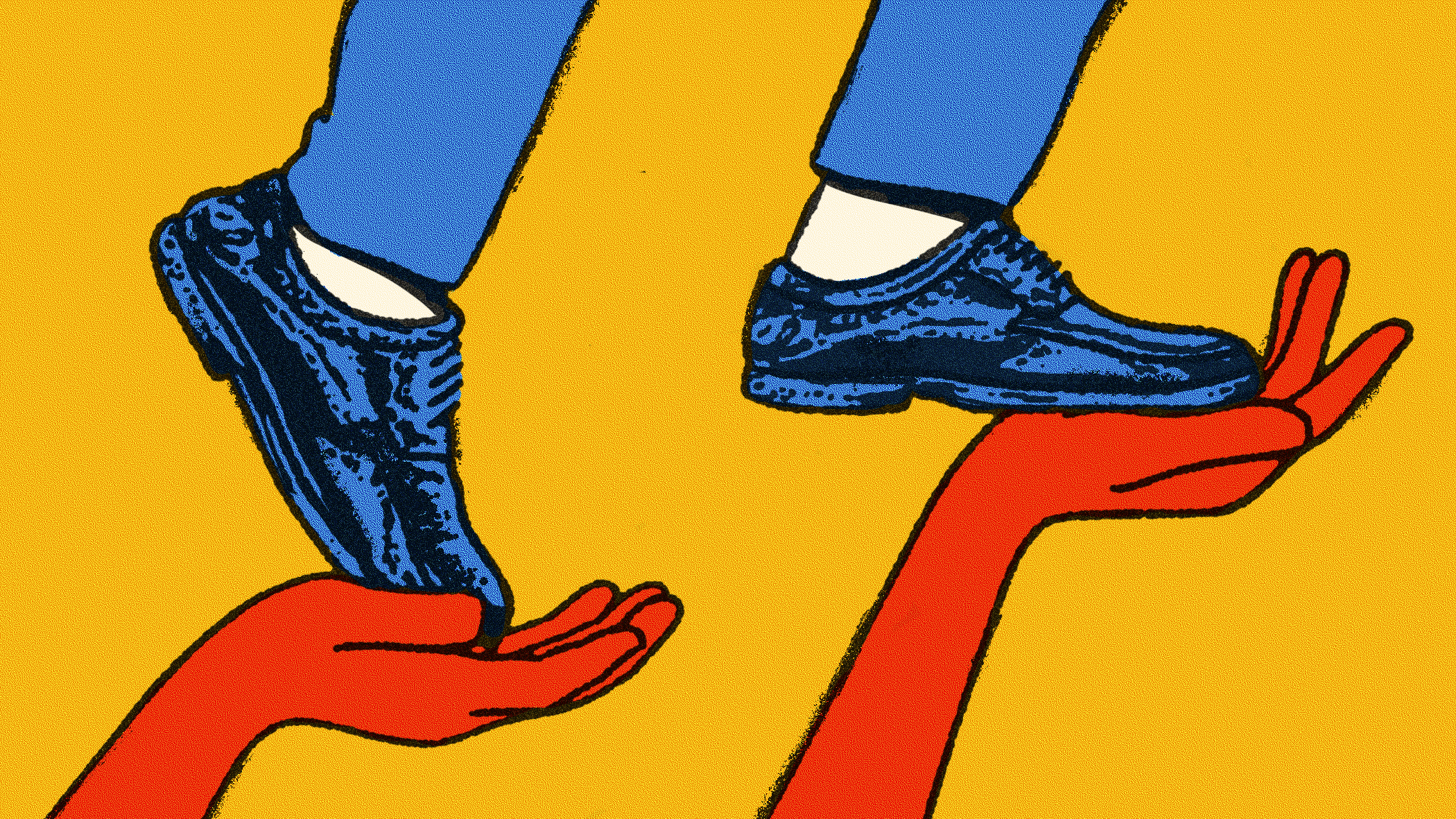 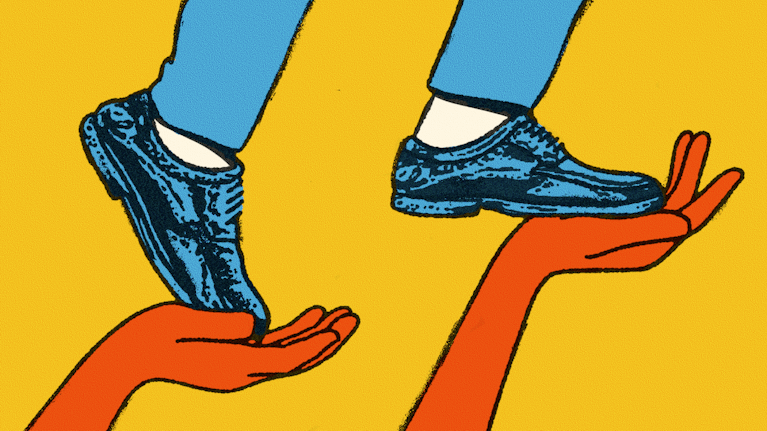 Alberto Miranda for Noema Magazine
Credits
Adrian Wooldridge is the political editor and “Bagehot” columnist for The Economist. His latest book is “The Aristocracy of Talent: How Meritocracy Made the Modern World” (July 2021).

The West prides itself on its commitment to one person one vote. In practice, however, constitution makers have almost always mixed democracy with a measure of meritocracy on the grounds that pure democracy is too volatile. America’s Founding Fathers hedged the democratic House of Representatives with all sorts of restraints. Senators were elected for six years rather than Congress’s two so that they were more distant from popular opinion. (Washington likened the Senate to a saucer that cools down hot tea.) Supreme Court justices were appointed for life so they wouldn’t be influenced by anything other than the letter of the Constitution and the spirit of justice. Many countries use second chambers to give a role to wisdom and experience in forming policy.

The European Union is particularly suspicious of crude majoritarianism because of the experience of Nazism. The European Commission is more powerful than the European Parliament. States have to forswear certain policies such as the death penalty and torture as a condition of joining; European law lays down various individual rights that cannot be overridden by the voters. The system of “qualified majority voting” means that you need large majorities to get things done — you can’t just cobble together majorities of just over half the population.

Recent years have seen the democratic spirit advancing at the expense of the meritocratic. America has made growing use of direct democracy through ballot initiatives. Party bosses have ceded power to party members: Donald Trump would not have won the Republican nomination in 2016 if the establishment had been in charge. Britain has allowed its fate to be decided by two referenda (over Scottish Independence and membership of the EU) and handed the choice of party leaders from Members of Parliament to members. Even the EU is giving more power to its Parliament.

There is a strong case for reversing this trend. The 2016 EU referendum reduced a set of complicated questions about Britain’s relationship with its most important trading partner to a binary choice. The result has divided the country, plunged British politics into a prolonged crisis and, according to most economists, reduced its potential growth rate. Charismatic populists such as Boris Johnson and particularly Donald Trump have also taken a heavy toll on the quality of government in their respective countries. Angela Merkel did a far better job of dealing with the arrival of COVID-19 than either of them because she relies on expertise and doggedness rather than charisma.

“Governments should generally avoid referenda, but if they must use them, they should apply very stringent criteria.”

The economist Garett Jones makes a powerful case that a bit less democracy is better democracy. “The push for ‘one person, one vote,’ come what may, has had both benefits and costs,” he says, “and in the twenty-first century, we have enough data to make it clear that the costs are pretty high.” Democracy can make it difficult to balance the budget because voters want to have their cake and eat it in the form of lower taxes and higher spending. Sweden has been successful at putting its pension system on a solid foundation because politicians asked independent experts to produce a long-term plan for reforming it and agreed to abide by the results. In contrast, America’s social security system is faltering because democratically elected politicians can’t agree on how to fix it, with Republicans refusing to raise taxes and Democrats refusing to adjust benefits or the retirement age.

It is possible to reinforce political meritocracy without embracing far-fetched measures, such as creating a second chamber of wise men and women or giving more votes to the educated, as the English philosopher John Stuart Mill suggested. The best way forward is to supplement democratic institutions with meritocratic institutions and democratic mechanisms with meritocratic mechanisms. Countries that have not adopted independent central banks, most importantly China, should make the leap. Governments should generally avoid referenda, but if they must use them, they should apply very stringent criteria for passing far-reaching changes. Britain’s recent history would be very different if former Prime Minister David Cameron had demanded a supermajority or instituted a two-stage process.

Parties should wrest control from their members and hand it back to representatives who have to take into account broad constituencies rather than just the opinions of ideological activists. The British Labour Party’s decision to remove the final say over the selection of the party leader from Members of Parliament and give it, instead, to party members (who paid as little as a few pounds for the privilege) opened the way to the election of Jeremy Corbyn as the party leader in 2016. Corbyn was a left-wing activist who had little support among Members of Parliament, who have to take a broad view of the electoral landscape, but intense support among activists, who treated him as a pop star, singing “ooh Jeremy Corbyn” whenever he appeared in public. Sure enough, he led the party to two electoral defeats in a row and failed to provide a coherent opposition to the Conservative party as it tore itself apart trying to take Britain out of the European Union.

“America would be much better served if it followed Sweden’s example and depoliticized entitlement reform by bringing in the meritocrats and then giving those meritocrats unstinting backing.”

Parties should also be willing to hand power over certain very difficult decisions to wise men and women. America’s social security problem, which is drowning the federal budget in red for as far as the eye can see, is relatively easy to fix given the enormous size of the U.S. economy. A small rise in taxes and a modest increase in the retirement age could bring the system back into balance and release money that is now being diverted to service debt into productive uses such as fixing America’s collapsing infrastructure. But the Republicans refuse to raise taxes, the Democrats refuse to reform entitlements and the few politicians who try to reach across the partisan divide, such as Alan Simpson and Erskine Bowles, find themselves left out on a limb. (Barack Obama’s failure to support the Simpson-Bowles social security reforms was one of the great failures of his administration and one that will forever disqualify him from the title of a serious reforming president.) America would be much better served if it followed Sweden’s example and depoliticized entitlement reform by bringing in the meritocrats and then giving those meritocrats unstinting backing.

In 1998, the Swedes entrusted a group of wise men and women and instructed them to reform the system for the long term, bringing it back into balance and ensuring that nobody was left out in the cold. They did this by a mixture of sensible reforms (raising the retirement age to 67, introducing an automatic mechanism that raises the retirement age along with life expectancy and replacing a defined benefit with a defined contribution system) and innovative ideas (allowing Swedes to put some of their money into a private system). Parliamentarians then had to vote for the reform package as a whole rather than being allowed to cherry-pick the bits that they liked. The system is now solvent and successful ­— two words that certainly can’t be applied to its American equivalent.

None of this needs to threaten the basic principle of democracy. So long as everyone is clear that ultimate sovereignty continues to lie with the people, a dash of meritocracy complements and reinforces the democratic principle.

This is a modified excerpt from “The Aristocracy of Talent: How Meritocracy Made the Modern World” (July 2021).