When Domestic Unity Is Built On Foreign Enemies

Consensus on national security is a double-edged sword. 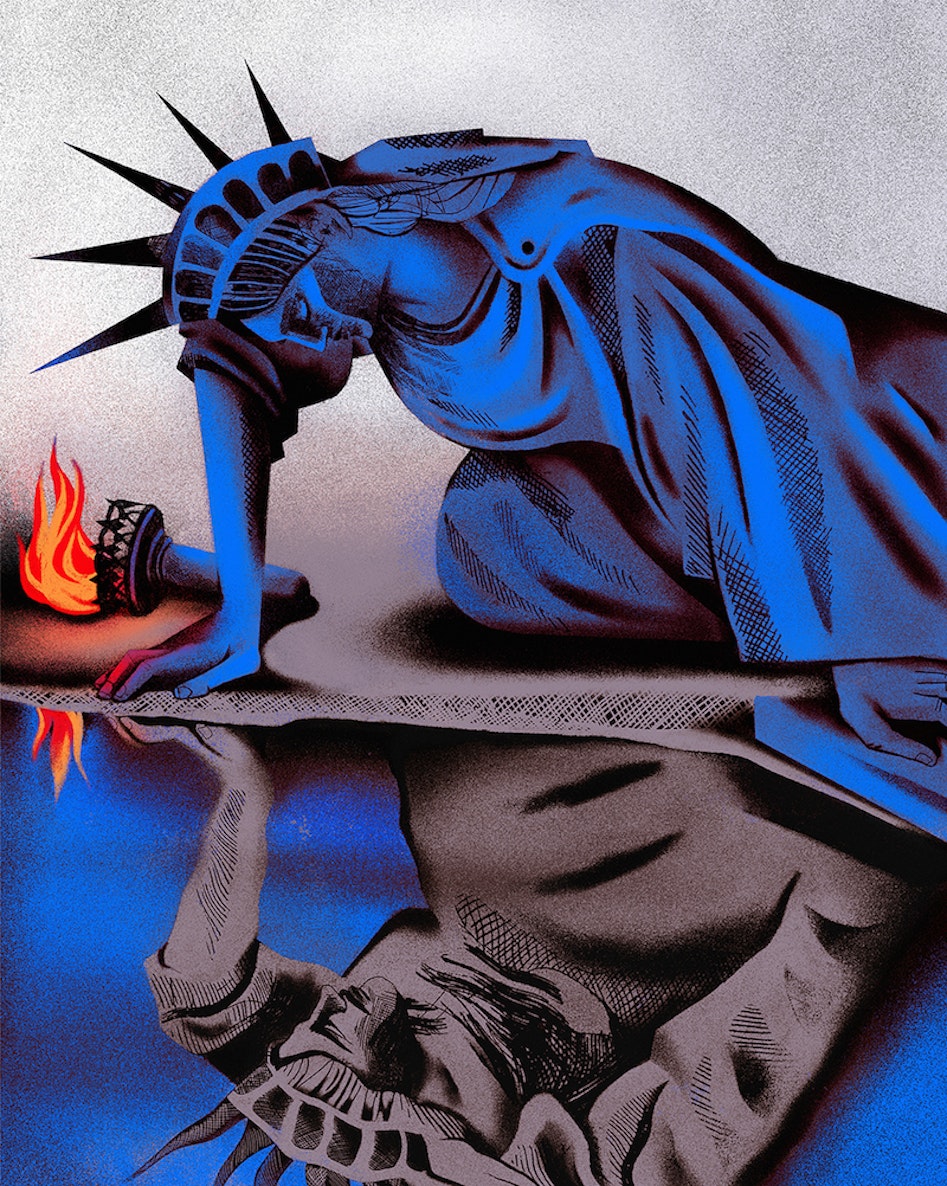 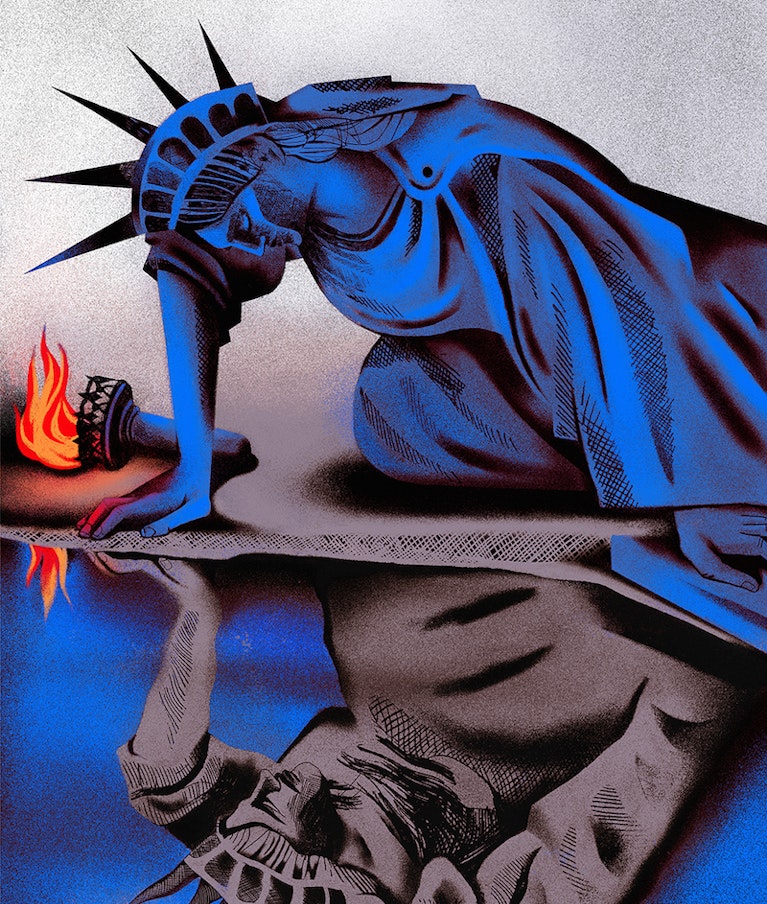 Just when America’s dysfunctional democracy appeared to be headed toward its last gasp, it stirred to life and drew its next breath. For the moment at least, the promise that negotiation and compromise by sober, if inevitably transactional, minds could move the needle on critical issues and transcend partisan rancor seems to have been realized.

The $280 billion CHIPS and Science Act that aims to move America back toward self-reliance and regional supply chains for semiconductors passed with a healthy bipartisan margin by both houses of Congress.

President Joe Biden’s signature Build Back Better plan, now diluted and sold as the “Inflation Reduction Act,” also appears on the path to bipartisan passage thanks to the surprise pivot of the heretofore intransigent Democratic coal-state Senator Joe Manchin.

It is an omnibus piece of legislation that includes $300 billion in budget reductions alongside $369 billion in climate change programs, mainly subsidies for electric vehicles, wind and solar energy production as well as for advances in lithium battery storage. Beyond that, it would help the poor pay their medical bills and cap costs for prescription medication.

The largest ever climate action taken by the U.S. government would be paid for by closing the notorious “carried interest” loophole in the tax code which allowed hedge funds and private equity investors to avoid paying taxes that apply to ordinary employees’ earnings even as their wealth appreciated.

The price exacted in return for the non-climate-minded agreeing to the package is the opening up of leases for drilling fossil fuels on protected federal lands.

The significance of this uneasy compromise is that it reveals the new lodestar of any bipartisan consensus going forward in American politics: national security in light of the changing geopolitical landscape.

The COVID crisis exposed how easily supply chains dependent on China as the factory of the world could be disrupted. Coupled with the Middle Kingdom’s mounting challenge to the liberal rules-based order, including its alignment with Russian aggression in Ukraine, globalization has been pushed back into the box of national and regional platforms, prompting not only the U.S., but also the European Union, to return to long-abandoned industrial policies that favor homegrown champions in key economic sectors.

Senator Manchin’s abrupt turnaround was not because of a sudden conversion to ecological activism. He has made clear that support for building up a renewable energy infrastructure is not about climate, but about “energy security” that also implies more domestic fossil-fuel production. The unsettling of the global energy market caused by sanctions and Russian President Vladimir Putin’s chokehold on Europe through “weaponizing energy supplies” is not lost on him or any of his environmentally unfriendly colleagues.

The Trap Of A Moral Munich

Domestic consensus built on the foil of foreign enemies is a double-edged sword. To be sure, compromise forged on that basis can help mend a riven country, rebuild resilience and consolidate autonomy. But it can also inflame conflict beyond its borders if it assumes the very kind of uncompromising stance it eschewed to reach agreement at home toward adversaries abroad over whom there is far less sway.

The nature of major power competition is that, since neither side can dominate the other and win totally, each must compromise. The danger here is that once you go down the path of painting the other side as implacably and comprehensively evil in order to create unity at home, any compromise becomes a moral Munich. When that becomes the frame of relations, there is no way out but vanquishing your foe.

When war breaks out due to aggression by one side, the scope for compromise drops to near zero, absent a return to the status quo ante, as is the case between the West and Russia after the invasion of Ukraine.

In the case of China, war can be avoided by achieving and maintaining a balance of power that creates a sufficient sense of security on each side to make it possible to compromise and tamp down tensions. There is plenty of scope then to find a modus vivendi on issues ranging from trade to climate cooperation, tech competition, freedom of navigation, a code of conduct for cyberwar and voting quotas in what remains of the multilateral institutions such as the World Bank and IMF.

The most dangerous moment is when the power balance is not yet clear and each side tests the other to see who will blink first, putting both in a corner from which it is difficult to escape. This is the case this week with Taiwan.

Since President Xi Jinping has been ramping up the rhetoric on Taiwan in recent years as part of his national rejuvenation narrative, it is impossible for him to now play down the frontal challenge of House Speaker Nancy Pelosi’s visit to Taipei without losing the credibility that cements his power. In the coming weeks and months, he will be compelled to demonstrate resolve at a level commensurate with his strident posture. Already, nationalist emotion has erupted across Chinese social media taunting the leadership for not living up to the bold bleats of its wolf warrior diplomats.

For Pelosi’s part, she picked an ill-chosen moment to poke the enemy in the eye before an operational balance is in place. The right policy for the U.S. is to hastily build up Taiwan’s defenses so that it becomes a “porcupine” too painful for Beijing to easily swallow in an invasion. But to take a purely symbolic stance of defiance against China’s foremost redline before Taiwan is anywhere near battle-ready is an adventurist antic.

The bipartisan accolades at home for Pelosi’s visit further accelerate the clash with China and push it closer together with Russia at the very moment when Ukraine hangs by the string of Western support that is beginning to show signs of fraying. It is never wise for any one power to fall into a two-front confrontation. Bad faith results from good intentions if the capacity to fulfill moral claims is lacking.

In the end, the enduring vitality of any country must be built primarily on the wherewithal within, not on the shaky foundation of menacing adversaries without. George Kennan, architect of the containment strategy against the Soviet Union, understood that lasting vigor comes from the inner confidence of a nation that thrives on its own terms and doesn’t rely on enemies to hold it together. External threats may spur a welcome renewal, but it will remain fragile if that becomes its purpose.

Kennan believed correctly that the West would ultimately be victorious in the Cold War not on some battlefield but through the organic strength of a robust society that no adversary could match.

The same perspective applies today with respect to the challenge of assertive autocracies, especially China. The most important contribution democracies can make to fostering more freedom in the world is to demonstrate through their own institutional integrity and innovations how a governing consensus can be reached by non-authoritarian means. 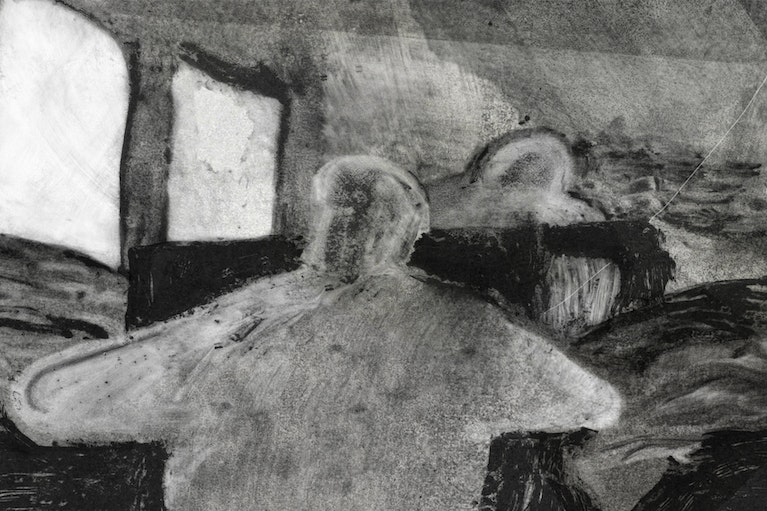