If the assault on American democracy a year ago was a menacing farce, the next time will be a tragedy. 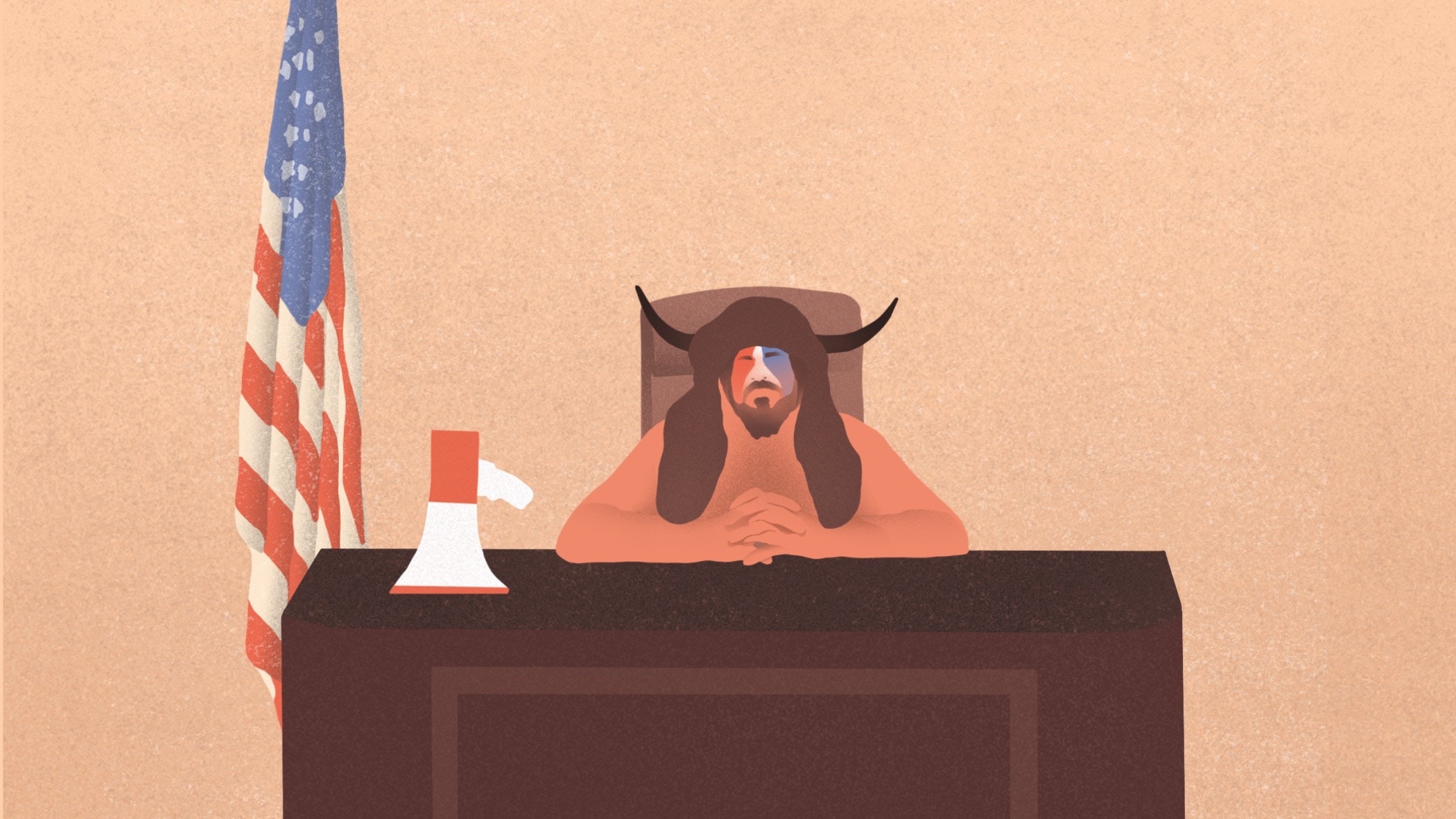 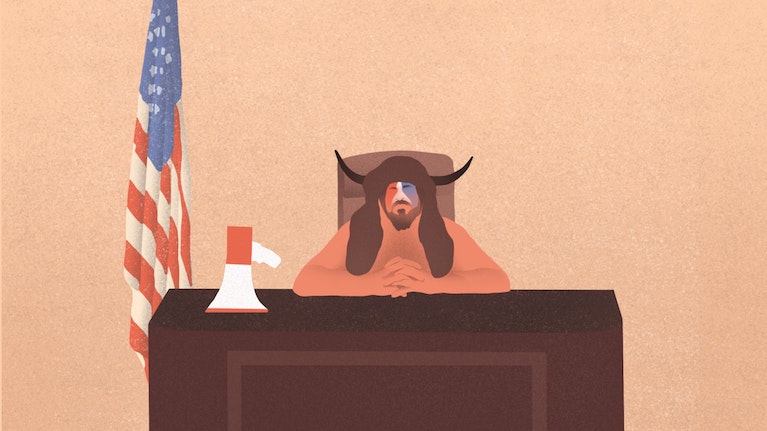 As we all now know, history does not proceed in one direction. It can go forward or backward depending on the quality of governance in society. Governance is how communities invent and shape their destiny. Like the homeostasis of all organisms, governance is the regulator, arbiter and navigator of human affairs. It processes emotions through reason as the means by which societies not only survive, but thrive by adapting to change.

When subjectivist emotion hardened into dogmatic belief eclipses reason, it all falls apart. January 6, 2021, was a moment of truth for the flickering lamp of the leader of the free world. It revealed that the revolt against a moribund political class in the name of the left-behind had transmuted into a revolt by an angry fringe against the institutions of democratic governance itself.

On that fateful day, a chaotic, half-baked uprising of bumbling extremists, convinced of their own illusion that the election was stolen and egged on by an unhinged demagogue still sitting in the Oval Office as commander-in-chief, sought to undo their loss at the ballot box. One highly metaphoric figure who occupied the Senate dais painted in red, white and blue, wearing the horns and skins of a wild animal, has already become the iconic counter-image of democratic decay to that sole protestor standing up to the row of tanks on Tiananmen Square in 1989.

President Donald Trump’s resistance to giving up power brought the brink so near that, in the days and weeks leading up to the insurrection, Mark Milley, his own chairman of the joint chiefs of staff, felt compelled to phone his Chinese counterpart to assure him a diversionary attack on his country was not in the works.

We are still trying to digest the meaning of that menacing incident. Was it a case of one-off performative politics or the beginning, not the end, of the unraveling of what has arguably been the greatest experiment in democracy ever? The mood of the nation and the ongoing machinations of conspiracy-minded Trump loyalists to restrict voting rights and capture the offices of election authorities in key electoral states to ensure they will prevail the next time around suggest the latter. In a recent essay in the Los Angeles Times, Nils Gilman lays out in stark terms why the illiberal challenge ahead is far more serious than the Capitol assault itself.

To reverse the famous line of Karl Marx in the “18th Brumaire of Louis Bonaparte” on how history repeats itself differently a second time: If (in this case) the first time was a farce, the second time will be a tragedy.

Those who want to save democracy should be as seriously plotting to mend the breach of distrust between the public and institutions of self-government as those partisans seeking to exploit it to illegitimately seize power.

As Representative Liz Cheney, the top anti-Trump Republican on the Congressional Jan. 6 investigation committee, baldly puts it, Trump and his minions are “at war with the rule of law.” In a dinner I attended late last year, it was chilling to hear her nonpartisan call to arms. “Institutions don’t defend themselves,” she warned, as if this were some wobbly government in an Arab or Latin American country struggling to avoid yet another cycle of upheaval and strongman autocracy.

Institutions are animated by those who build and defend them, or who would renovate them when they are so feeble as to become easy targets for those who would tear them down.

The Beacon Of American Democracy Dims

As the once-bright beacon to the world from the City on the Hill dims, others within the major Western nations and elsewhere no longer look to Washington for guidance but are seeking their own ways to repair, reconstruct or reinvent their democratic institutions.

That includes in the American states as well. While Trumpists are vying to restrict voting rights in several key U.S. states, the California legislature and secretary of state are seeking to reform an anti-democratic recall process by public ballot that disenfranchises the majority who elected a governor while enabling a small plurality to remove him or her without cause other than partisan rancor. They are further considering reforms that would enhance the meaningful exercise of the franchise by retrieving the use of citizens’ initiatives, which make laws directly at the ballot box, from abuse by organized special interests or ideological zealots that have captured this valued venue of public recourse.

To address the weakness of its popular legitimacy, the European Union is engaging the public directly across the continent through citizens’ panels convened to consider paths forward in closing the “democratic deficit.” One held in Florence, Italy in December proposed the establishment of permanent “citizens’ assemblies” as a complementary counterpart to the European Parliament and the executive governing bodies in Brussels, creating a new institutional balance between participatory and representative democracy.

In the wake of mass demonstrations in Chile over steep inequality and lack of inclusiveness two years ago, a public referendum approved convening a constitutional convention to rewrite the old governing framework conceived in the era of the Pinochet dictatorship. Rather than assign an elite committee for such a task, 155 delegates were elected directly by the public to draft the new constitution and submit it to a referendum next July. Half the delegates were required to be women. Some of the seats were also set aside for Indigenous groups.

Ongoing debates are presently considering, for example, whether Chile’s lithium mines should be nationalized. They are one of the top global sources for an element needed for batteries in the coming age of electric cars and other greener technologies. Delegates are asking whether they should scar their environment to save the planet. Another proposal would enshrine in law “the right of future generations” in the face of climate calamity.

This grand experiment could result in the first enlightened constitution that addresses 21st-century challenges, or, against all hope, it could end in chaos and dis-consensus. Only time and the exercise of reasoned deliberation will tell.

The boldest experiment on the horizon is in Tunisia, the birthplace of the Arab Spring in the early 2010s, where President Kais Saied is attempting to install a post-party democracy aimed at sidelining a system that perpetuates the corrupt self-dealings of party blocs in the representative national legislature, including those some fear would impose an Islamic state.

In 2019, Saied was elected with 73% of the overall vote and 90% of the youth vote on a platform that would allow voters to recall politicians accused of financial or moral corruption, dismantle the country’s parliament and replace it with a decentralized system in which the public elects local nonpartisan councils, who in turn elect the next level of regional representatives, who in turn elect a national assembly. He calls his vision “elevatory democracy” since each step of consent of the governed elevates the next without the intermediary of ideologically or religiously aligned parties or factions.

When the former law professor suspended the dysfunctional parliament last July, he was accused by critics and enemies, as well as many Western democracies, of executing a coup against the constitution. Yet his popularity remains high among the public and he has pledged to forge a new constitution along the lines of his vision and submit it to a public referendum in 2022. Much will depend on the transparency and integrity of the online and in-person citizens’ consultations, which begin in March, that will inform the draft constitution.

Saied’s concept of a stepped system of democracy, interestingly enough, closely tracks the template Nicolas Berggruen and I outlined in our 2011 book, “Intelligent Governance for the 21st Century: A Middle Way Between West and East.”

Saied’s vision has gained immediate traction because a decade after the Arab Spring and the introduction of representative democracy, the government has failed to deliver. The economy remains on the verge of collapse. The president would thus be wise to pay attention to the other side of the equation, which we also outline in the book: Just as there is scaled non-party participation from bottom to top, so too there must be scaled administration based on the principle of subsidiarity — the right level of competence for the accountable and effective delivery of services — going back down from top to bottom.

When all is said and done, administrative competence is as central as participation to the legitimacy of democracies everywhere. Consent of the misgoverned won’t fly in any political system.

What we are witnessing is the explosion of plural paths to how democracy is organized now that the faltering hegemon of the global order is no longer the dominant model for the rest of the free world. More than anything else, this unleashing of the political imagination is the best hope for democracy that endures the test of time.